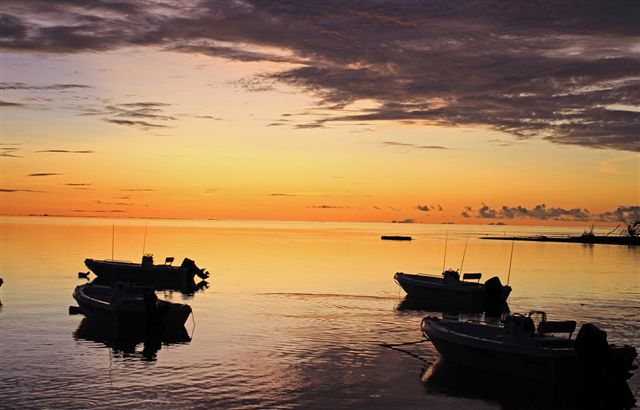 The start of the 2014 season kicked off with a great group of guys and one terrific lady from the US. Being the first group of the season everyone was amped to get out onto Farquhar Atoll to see what was cruising around. So after all the gear was brought forward for inspection, leaders, knots and flies were rigged up and our “saltwater warriors” were ready to tackle anything that moved in front of them.

The first two days on the flats saw us jumping around the atoll to get a feel for what was going on. Excitingly enough a monster shoal of bonefish had moved into the Diposé area and the chaps got stuck in, they had a few very nice fish up to 9 lbs. 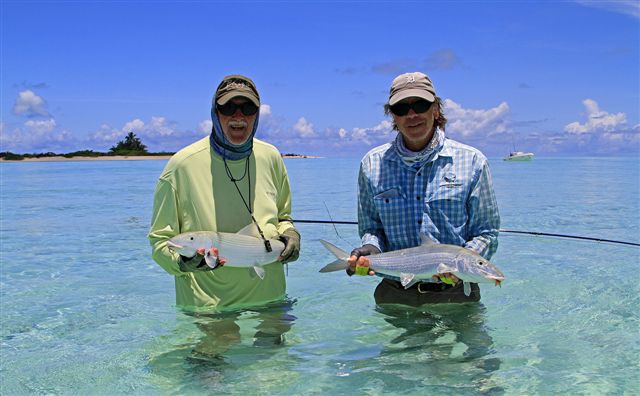 Our first GT brought to hand happened on day 2, when Louis made a nice cast and the fish devoured the fly. Textbook! Although it proved to be the only GT for the day, spirits were high and a multitude of other species ensued. 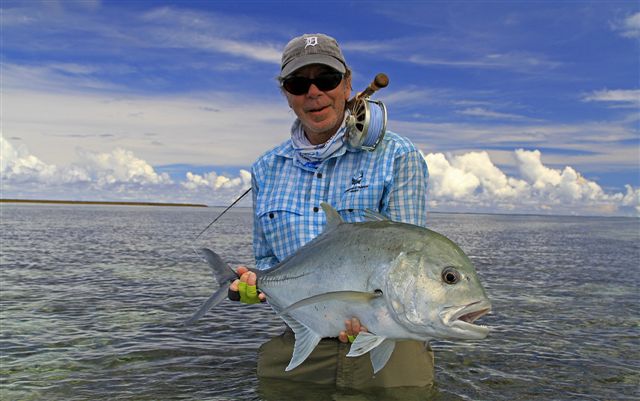 Day 3 and Bill showed he was here for action. He managed to land a moustache trigger, a GT and a bonefish for our first Farquhar Slam of the season. Congratulations Bill! Mike and Louis together with their guide Kyle got a tank of a yellow-margin trigger as well as a highly illusive and nerve busting permit. Lawson was next up and he too capitalized on a GT which swam into range and monstered his fly. Well done guys, awesome fish! Loads of bonefish and a number of the other very cool reef species were added to the list and ended a truly terrific day out on the flats. 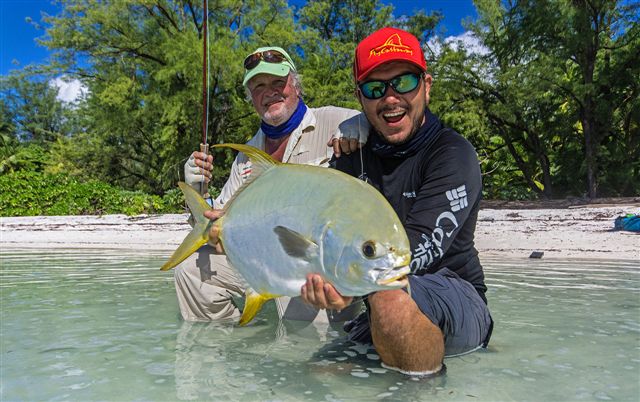 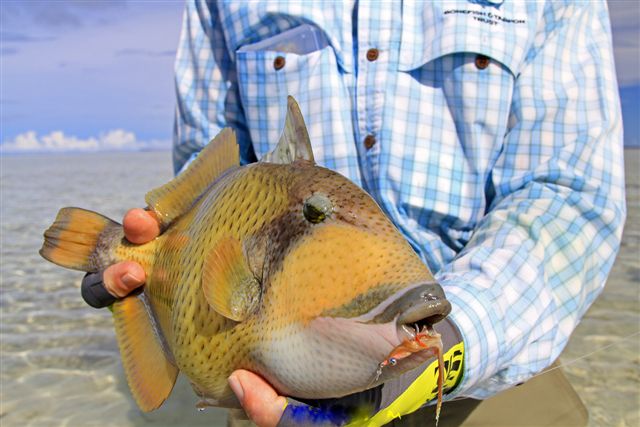 With triggerfish and GTs being on everybody’s wish list we headed out on day 4 and 5 with a strong sense of purpose. The triggers were around in decent numbers but we just couldn’t catch a break. Break offs, being corralled, fussy fish…we had it all. Nonetheless fishing for triggers is always super fun and exciting if one considers the stalk in super skinny water. Louis did manage to land his second GT for the trip and together with more great bonefish fishing (Ed and Patty rightly took full advantage) ensured the two days went by in the blink of an eye. 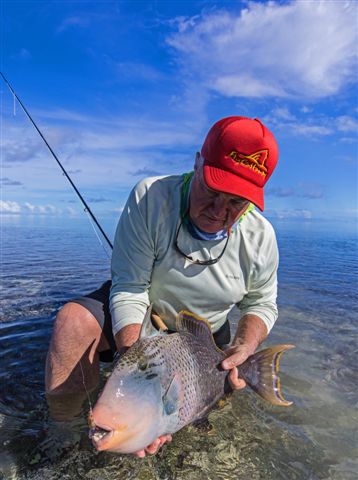 Our last day on the flats arrived and with it a super low tide and some tricky weather conditions. John thankfully landed his GT for the trip, whilst James had found a large pool filled with all kinds of weird and wonderful species including some big grouper and snapper. The day ended much the same as it had started with some good bonefishing and more shots at GT’s. 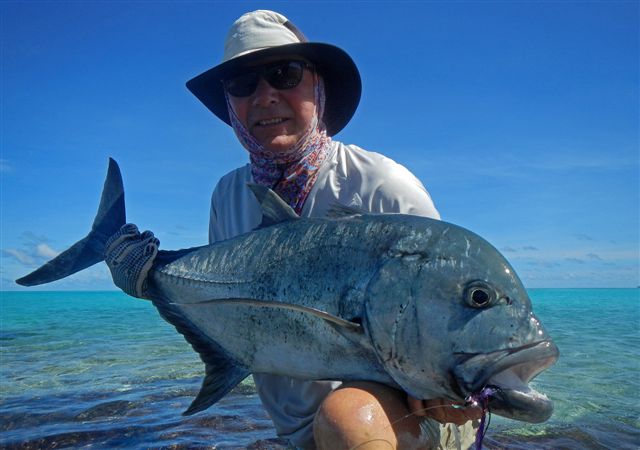 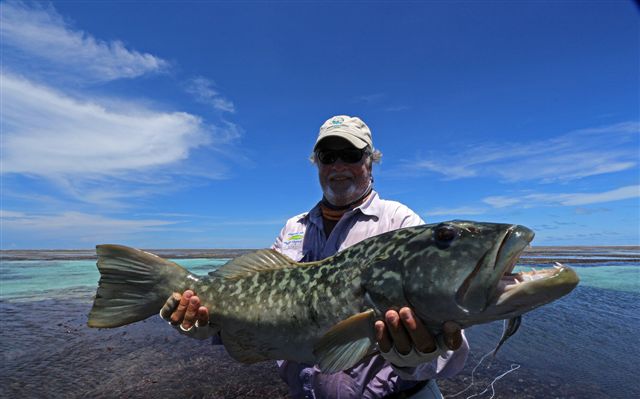 The first week had flown by in the blink of an eye. The fishing week was one the guide team will remember fondly, thanks to some of the nicest and interesting guests you can wish for. The guide team would like to thank them all for an awesome week both on and off the flats and we hope to see them out on the water again soon.

Brad and the Farquhar Guide Team