The first clients of the season were met with smiles and enthusiasm by a guide team itching to get to work. Adding to our excitement was that fact the atoll hosts large numbers of fledging booby and sooty terns during the early part of the season. This phenomenon attracts the attention of some really large GT’s that patrol the edges of the islands, opportunistically feeding on weak birds that land in the water. Subsequently targeting these massive GT’s is made easier as their large dark bodies contrast well against the white sand flats which surround the islands, our guests were able to revel in some truly world class GT fishing. Witnessing nature’s way of dealing with the weak is a privilege, an event only matched by the exciting fishing that transpired. 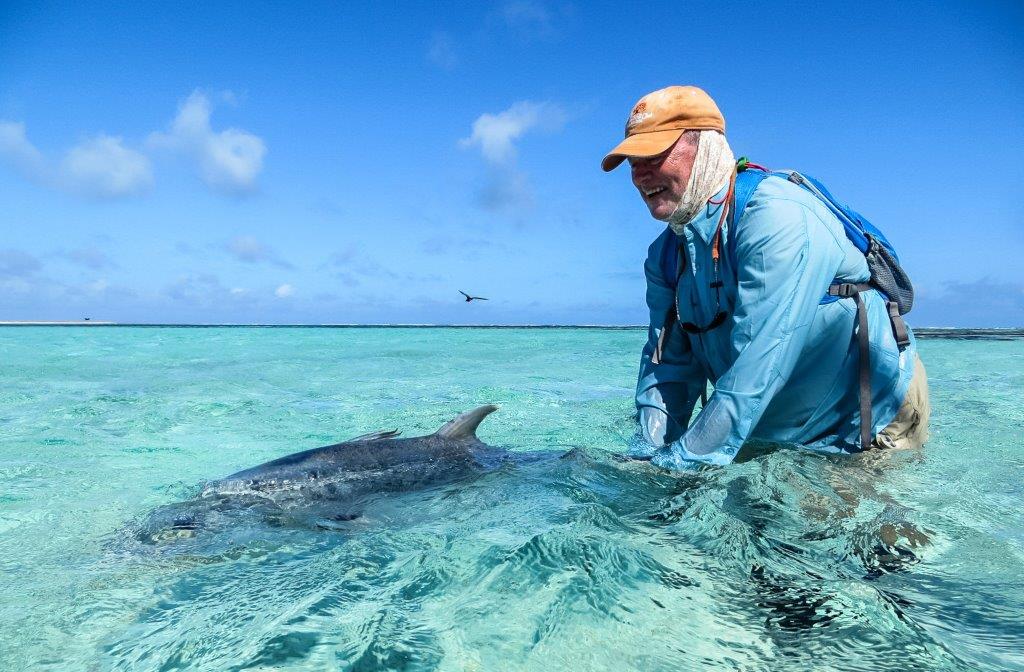 The triggerfish too were present in good numbers, with father and son combination Tony and Hamilton taking full advantage on the first day, both landing exceptional specimens. Tony’s fish measured a whopping 59 cm while Hamilton’s came in at 51 cm. Both these fish were tailing in skinny water and moved quickly onto the crab patterns that were presented to them. 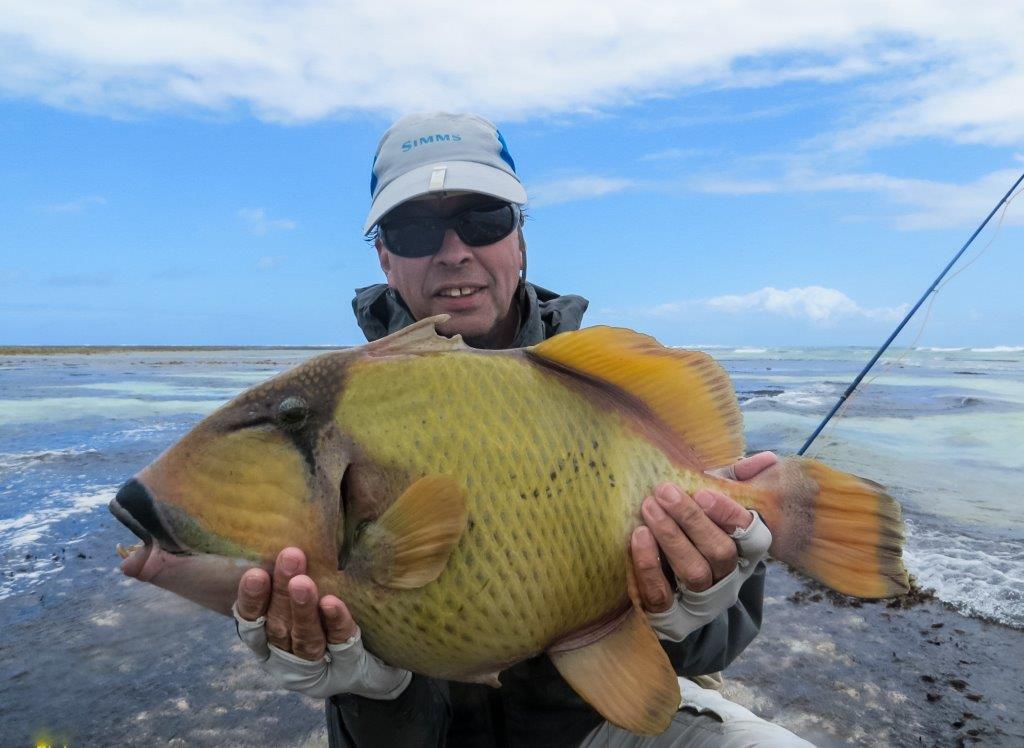 Another Father and son combination were familiar faces to Farquhar, Ben and Zack. They too landed a memorable double on day one, this time it was two GT’s over the 100 cm mark. Having fished numerous Seychelles destinations over the years, both achieved the personal bests on the same day with Ben’s fish measuring 106 cm and Zack’s a respectable 104 cm. Surely a father and son memory that will last a lifetime. 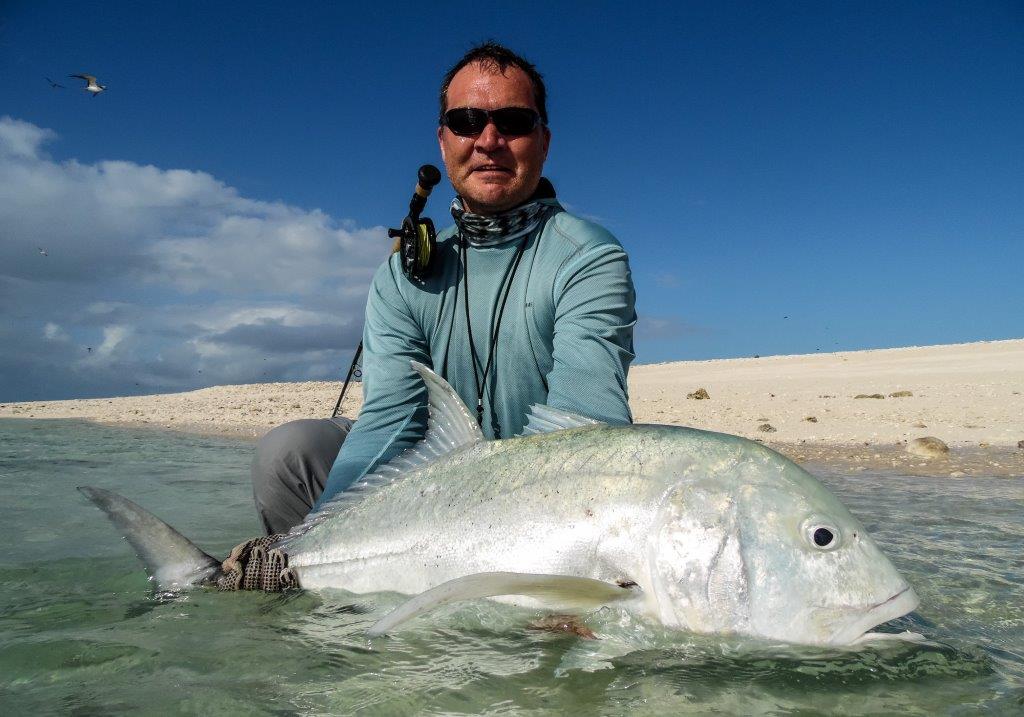 Epic moments did not stop there however, with Bob and Richard landing two monstrous GT’s measuring 119 cm and 113 cm respectfully. Oakley also managed to bag two GT’s in quick succession on the same day, both of which were taken off the back of feeding stingrays. Richard ended with a further two GT’s for the week, the fish measuring 96 cm and 79 cm. With the large numbers of GT’s being seen on the flats the rest of our guests including Hamilton, Zack, Tony, Tarlton and Clarke all capitalised on opportunities that were presented. 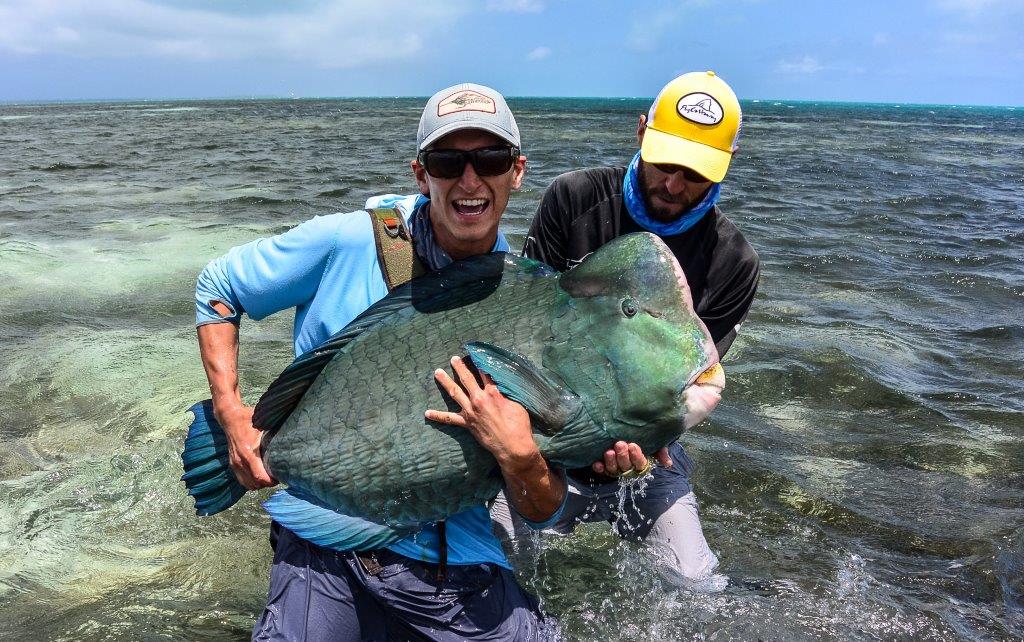 Farquhar’s other iconic species the bumphead parrotfish however had most the guests guessing throughout the week. Their numbers on the flats increased during the week as the tides shifted from springs to neaps, however only Zack and Bob were fortunate enough to hook and most importantly land one, their fish measuring 107 cm and 108 cm respectfully. Stories however never ceased around the dinner tables, as tales of lost fish circulated amongst the group. 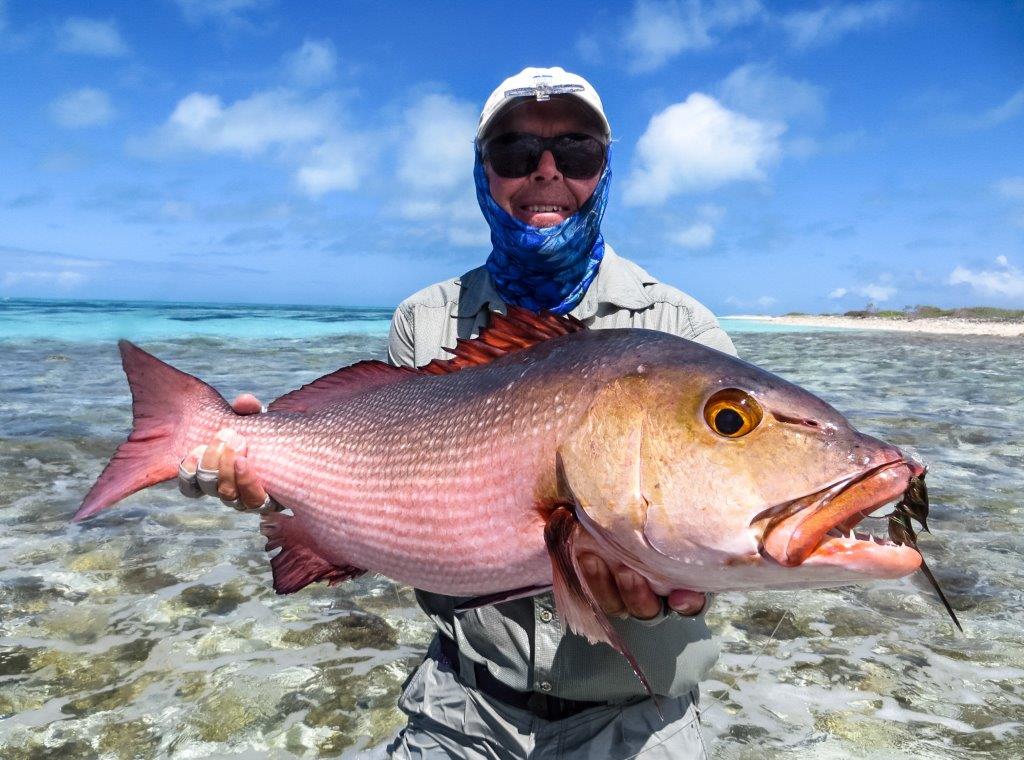 In true Farquhar fashion, the myriad of other flats and reef fish species that frequent the bommies, islands etc kept our anglers busy during the higher tides, with some exceptional bohar snapper and African marbled groupers being caught. Similarly, the underrated bonefish fishery that Farquhar has to offer kept the rods bending and reels screaming.

All in all it was a terrific week with a terrific group of people. Thank you to everyone for joining us. We really hope to see you out on Farquhar soon!