Week three of the Farquhar season, reported back from the atoll by James

“During certain periods of the season we feel like we have learnt as much as there is to know about Farquhar, but every now and then but we’re reminded of how wild it can really be. “Davy Jones” decided to throw us a curve ball this week in the form of a plague of swimming crabs. These crabs- rusty brown in colour, drab and docile in temperament- make an easy meal for GT’s and other predatory fish. So while yours truly was sitting on a storm ridge in the middle of the wild surf, telling his clients with absolute confidence that the GTs were going to appear as the tide turned, the GT’s themselves were swimming around in a crab soup offshore.  We’re a vaguely intelligent bunch though, and so promptly headed offshore to get stuck into the large numbers of fish which were holding just offshore. The result was four GT’s, two of which were caught by Garth Robinson, one by Basie Vosloo (of Gates Head fame) and the last by Eugene. Of course, there were a few GTs that hadn’t received the memo and Nick promptly put Murray Collins in front of a 97cm fish on the flats. Murray capitalised. Fish was landed and released safely. Happiness! 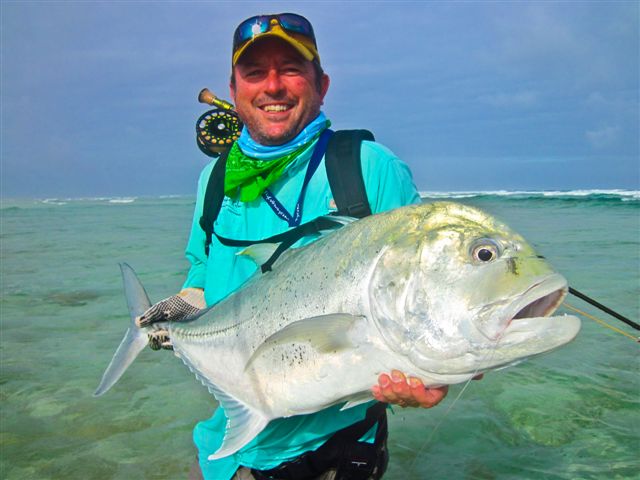 There were plenty of other fish species out there in the deep. As with last week, the sailfish were gale force and Jack Brotherton was one to benefit. With the calm composure of a well trained pilot he plopped the fly behind an electric blue fish, which promptly turned and ate. Jamming the hooks into its jaw and playing it like a pro throughout the manic jumping and running, the fish was soon landed and released. 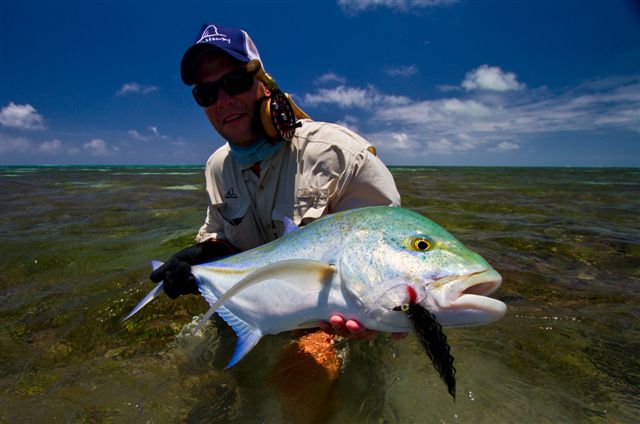 Since the GTs had decided to replace their piscatorial diet for a crustacean one, we turned our efforts to catching another beast of the flats, the bumphead parrotfish. Dave Phipson kicked things off by catching a 40 lb+ “bumpie” right off the bat. A few minutes after jumping off the boat he put a cast in front of the tailing brutes and picked up a fish without much hassle. After an intense half hour fight the fish was landed. Not bad for his first salt water fish on fly. 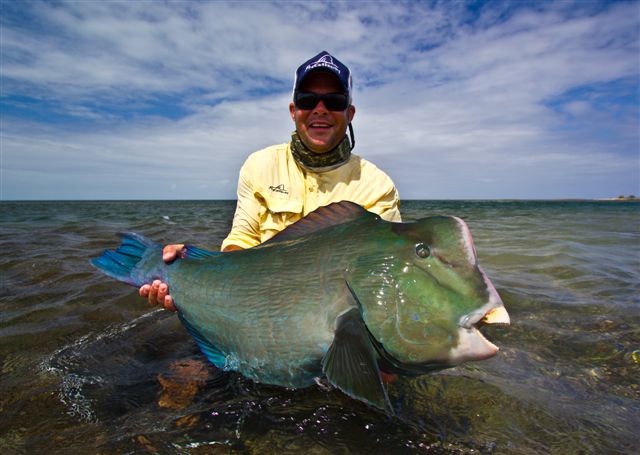 John Robinson didn’t have the same luck. Hooking the fish was no problem, but the fish seemed to gain the upper hand time and time again. This had nothing to do with skill, and everything to do with luck. The fish would wrap around a bommie (which Jako would try to swim out… without success) or his lines would part. Rods broke and lines parted. This put things into perspective. Yet, despite these challenges five bumpies were landed during the week. Garth, undeterred by the challenges of one of the toughest fish you could land of a flat, landed two. 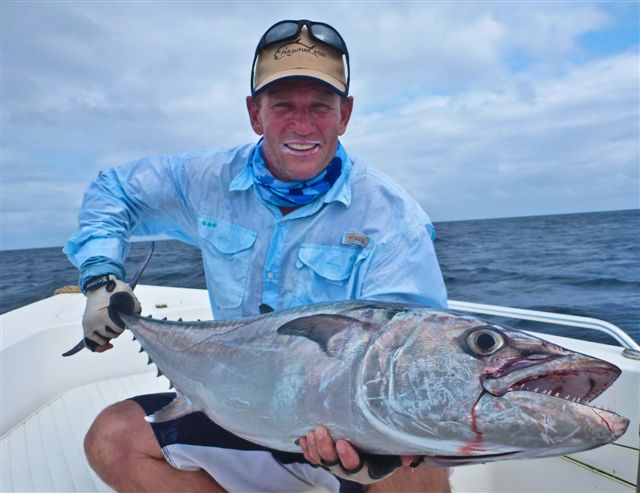 Some big triggers were on the flats this week, and they were hungry. Sadly not all were landed but that’s why we love these charismatic fish. They put your skill and tackle to test every step of the way.  The guys will certainly be keen to settle some scores on their next trip!

A week of tremendous diversity and trophy fish, these are the reasons why Farquhar Atoll offers some of the finest saltwater fishing on the planet.

Until next week
James”