Flyfishing for billfish in Guatemala

Our friends and clients Joern and Maria have recently returned from chasing billfish in Guatemala, the sailfish capital of the world. We hope you enjoy their trip report below:

Since my lovely wife (and fishing buddy) and I started looking for saltwater species on the fly we have travelled mostly to Seychelles. Having had the opportunity to catch some sailfish on both Alphonse and Desroches we have become somewhat addicted to billfish.

Looking at the world map with that in mind, Guatemala is one of the best places to target sailfish on fly– calling itself the sailfish captial of the world.

The only direct flight from Europe (we did not want to enter immigration in the USA and lose two days travelling out of our fishing time) is with Iberia via Madrid directly to Guatemala City.  We were welcomed by heavy thunderstorms and rain when we were transfered from the airport (a two hour drive) to Puerto San José where the operation is based.

After the long journey there, we were happy to have an early dinner and a short rest as the following day was going to start early.  The pickup for the drive to the marina is every morning at 0630 and takes about 30 minutes.  There, we were welcomed by Captain Gemma and his crew and set off for our first day out. 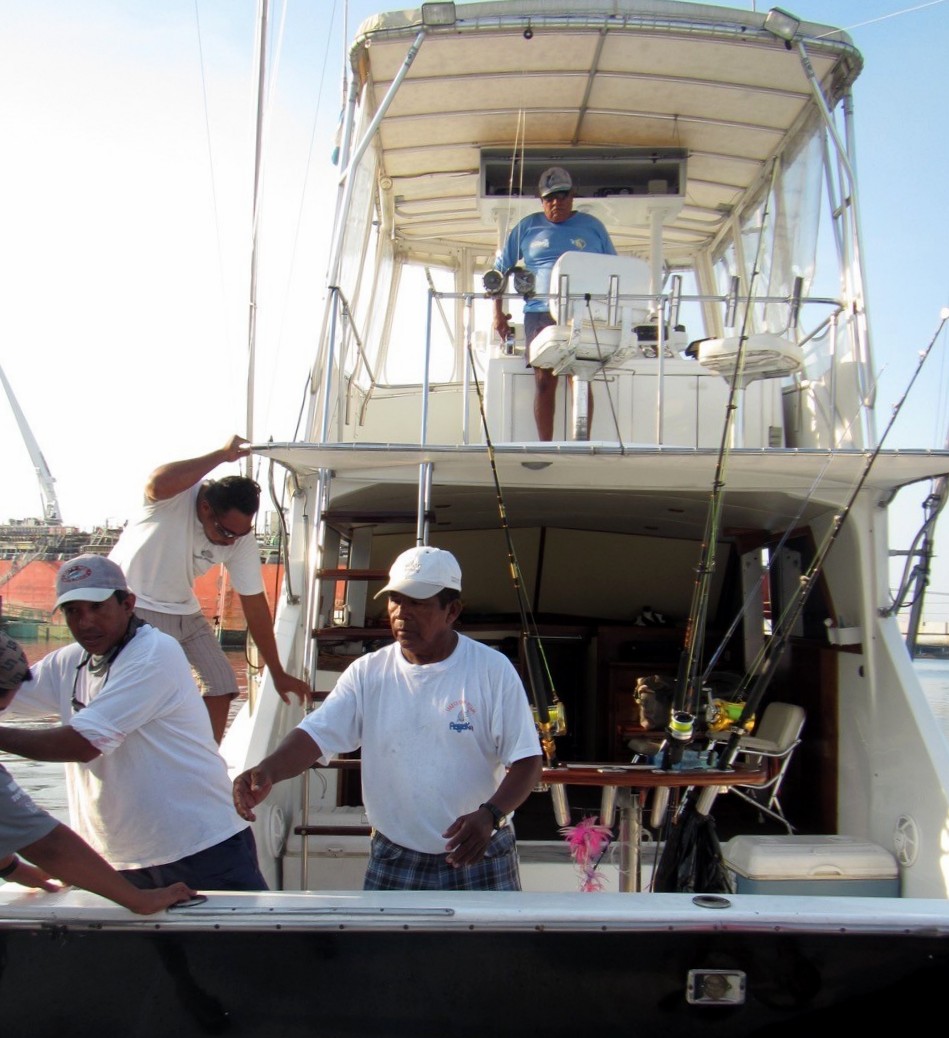 The captain and his crew are full time hired specialists who have caught hundreds of billfish. They are very friendly, reliable and service orientated. Every day we had fresh fruit during the morning, a freshly prepared burger or self caught Mahi Mahi for lunch and cold beers in the cooler.

From the harbour we headed out every morning  in search of the right water; the journey time will vary but takes between 1½ to 2½ hours each way. A fair amount of non-fishing time but you have to move to where the fish are.  And we found them.

After reaching the fishing grounds the teasers were put out and not long after that the first sailfish comes up and hits the teaser. We were on fire. The first day we raised the incredible number of 30 fish in one session. This turned out to be the best day and numbers dropped every day. Teasing for billfish is unpredictable. You can be lucky to tease up ten fish in 30 minutes and the other day not see a fin for five hours (which happened to us on day four).

But we all knew the fish ARE there and there might be different reasons for not teasing them up; moon phases, temperature and water movements all play their part. The last day we “only” teased up seven fish and had no hook ups. The sea was flat as a mirror and as far as I know sailies like waves and water movement. Certainly with it so still, the fish had too much time to have a closer look as the fly in the crystal clear water.

The weather was beautiful all five days and beside jumping fish (even unhooked you see sailfish jumping) we saw hundreds of dophins following the boat. 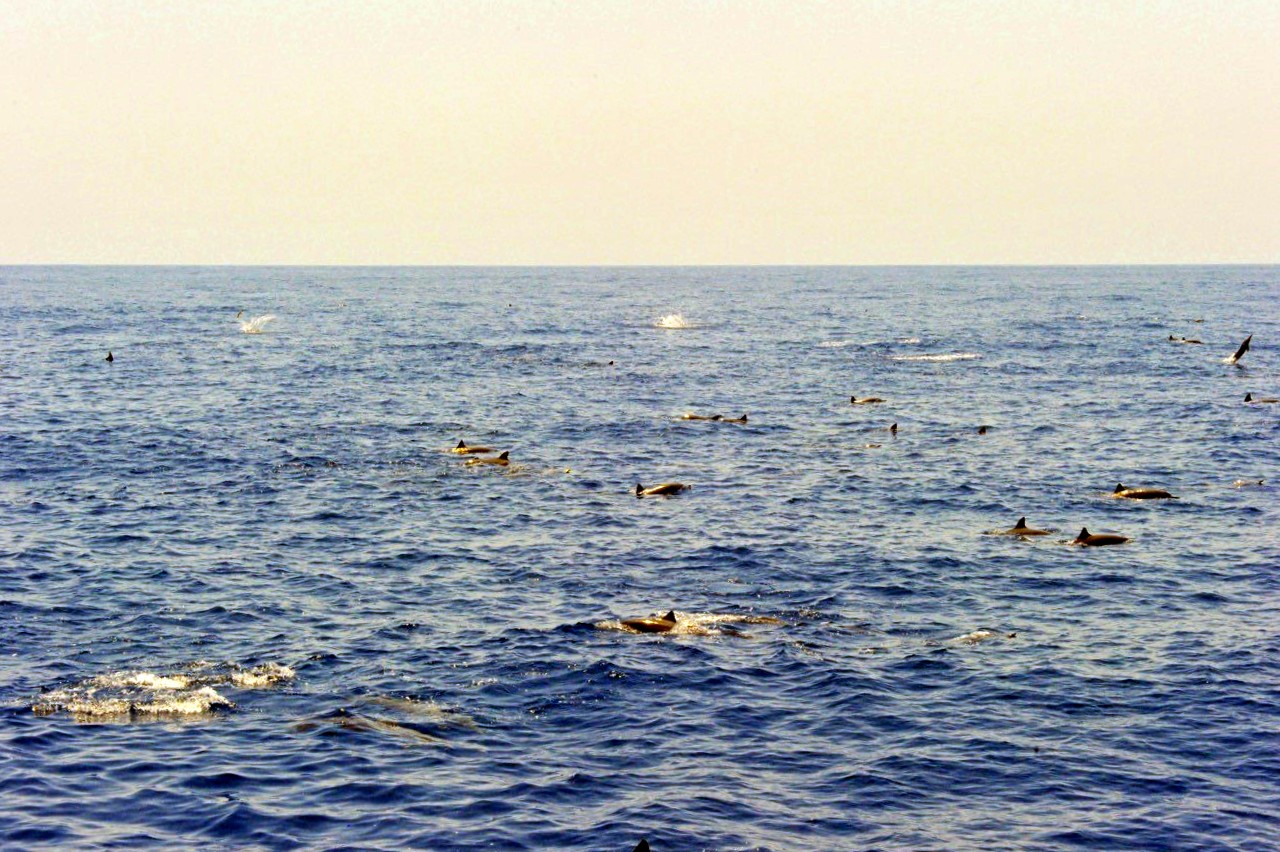 Teasing for sailfish is an art! Our guides seemed to instinctively understand when to change the color of the teaser or the length of the teasing line. Once a fish hits the teaser the whole crew worked as a team like a well oiled machine. Everybody knew what to do as we had four teasers out and the two deckhands were responsible for bringing them in, in the right order without losing contact with the fish.

After hooking up on the fish and waiting for the jumps, the Captain will try his best to bring the fish in as soon as possible by reversing back towards the fish. The shortest time it took  us to land a sailfish was approximatly 5 minutes – the longest took 15 minutes.

Day one was very effective, and as I’ve said before, out best day out. From the 30 fish we teased up we hooked up on 15 and landed 7.

At the end of five days we had raised 71 fish, hooked 29 and landed 15. Hooking and landing a sailfish are different stories as they usually will start jumping right after the hook up to get rid of the fly.

Returning to our Villa at about 1800 every evening our chef prepared a meal that he suggested the night before.  Always tasty and well prepared.

Day two started with a hook up after 10 minutes teasing. Nobody realised after the first jump that it was not a sailfish but a striped marlin! After a long fight of 1.5 hours on a Sage Salt #16 on a fully closed Mako reel I finally managed to land this beauty.

A sailfish on a fly is something special. A marlin on a fly rod – estimated 200 lbs – is something remarkable.  We were lucky enough to land the fish because the hook was bent due to the size and the brutal force of the fish. 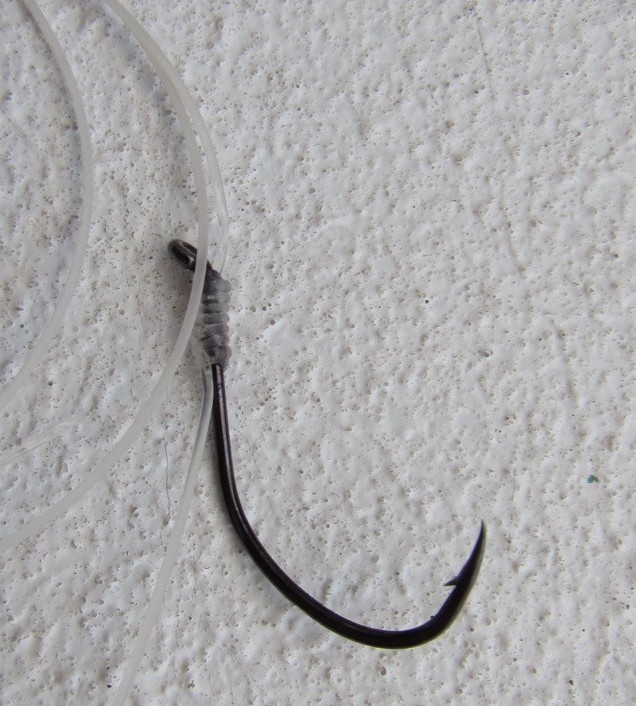 It might be the only marlin landed the whole week  – we were competing with at least four other boats for the kudos of landing a marlin. To show the triumph to the competitors the Captains fly their marlin flag. As there is no flag designed for fly fisherman we added my fly to the flag (as I had tied it myself, it added to the pleasure).

Beside the marlin Maria “only”  landed one sailfish on day two.

The following days were pretty much the same with a lot of swearing, shouting, teasing up and losing fish.

We had an epic week with lots of excitement and we hope to be back for more big fish soon.  In the meantime we are off to visit other parts of Guatemala with our rods – and our arms – having a short rest.