The reports from Iceland this week is a little mixed. Nearly all the rivers have been reporting excellent numbers of large fish entering the rivers on most tides, but the north wind that has blown incessantly dropped the air temperature and has made the fishing tough. Warm water temperatures combined with cold air temperatures is never a great thing to bring salmon on the take. The good news is that with rain forecast for the next few days at some point the switch will flip and the rivers will come alive. It is also good news for the later part of the season as this cold snap will push the prime time back a little further. 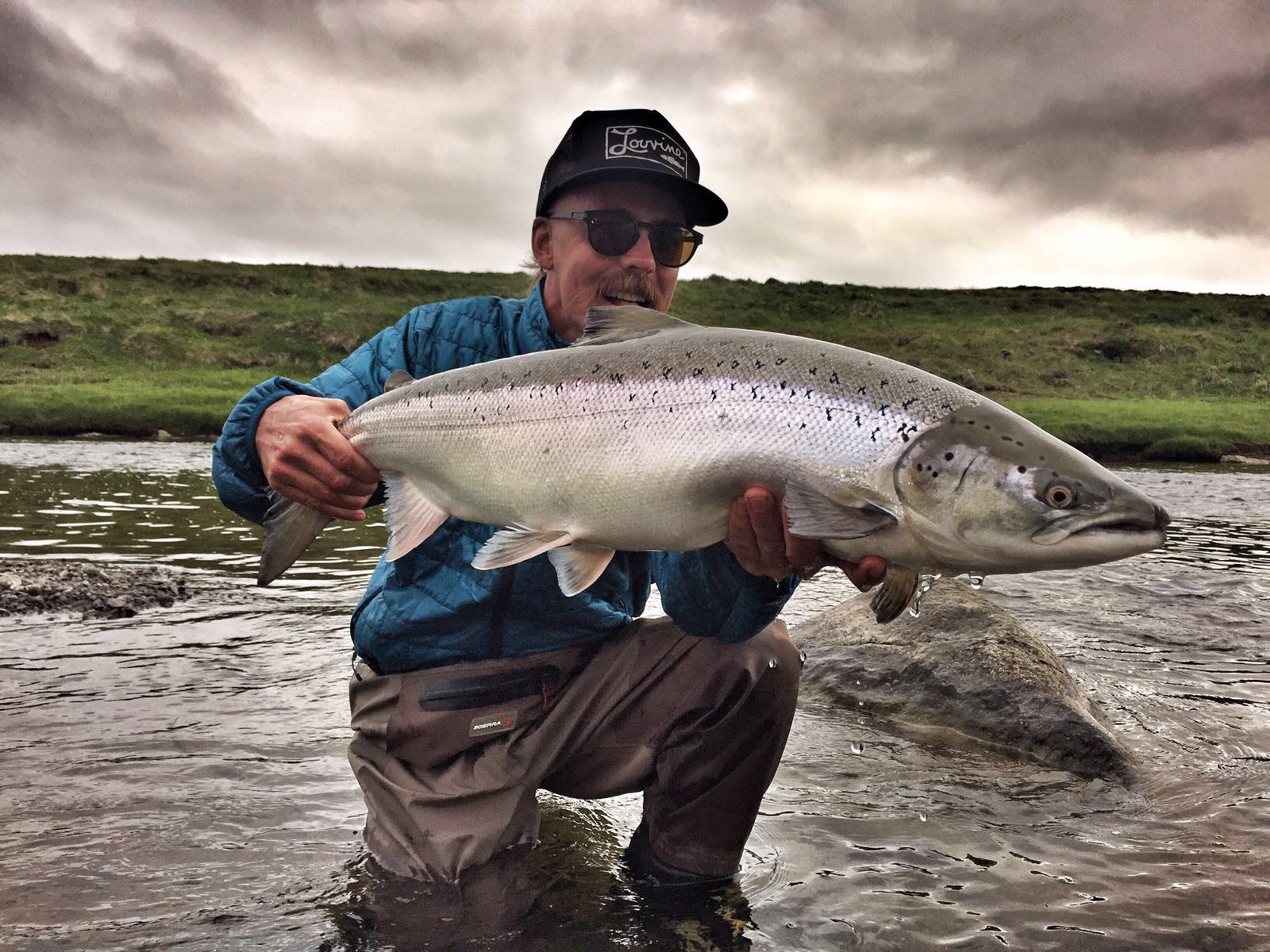 On the Midfjardará fishing has been great for the last week. The river has now landed 608 fish which is double the same time last season. Although the north wind has blown straight up the river, sunny spells have warmed up the air by the afternoon. Salmon are running in good numbers and it looks like there are some clouds and rain in the forecast which will only mean that fishing will become even better. On morning the rods landed 53 fish despite tough conditions including one fish of 96 cm and one of 98 cm. 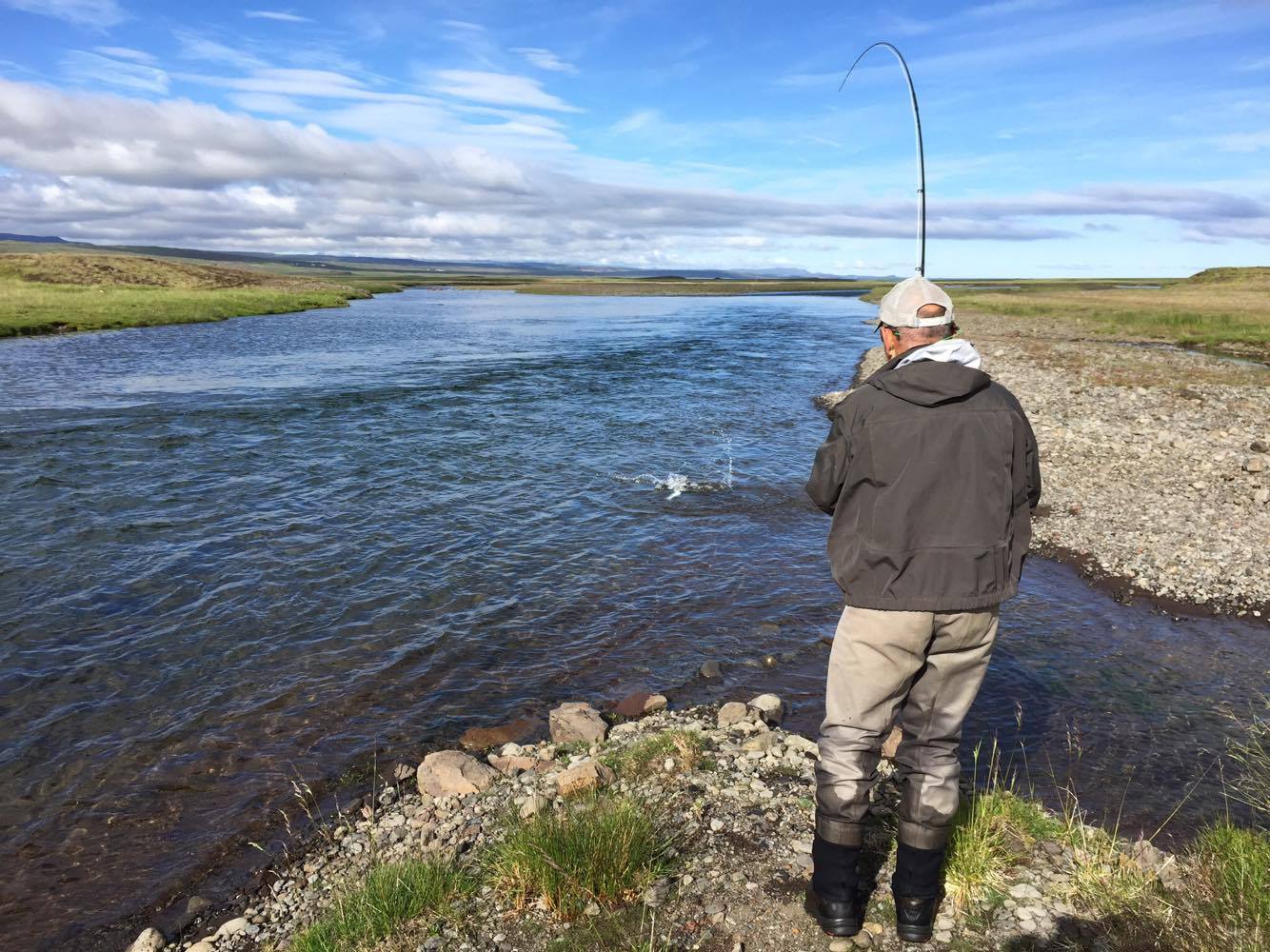 The Langa is continuing along its upward trend, although the conditions have slowed things a little. The river has now hit the 450 with large numbers of salmon through the whole system. Last week was a victim of north winds like many of the west coast rivers as the air temperature dropped to between 7 – 8˚C whereas the water temperature has been more like 14 ˚C. The fishing has been consistent although slower than the week before and small hitched tubes. Did not stop David Beckham and his family enjoying themselves and catching a few fish.

The Laxa I Kjos has been similarly affected by the conditions of north winds and warm water. The guides are still seeing some very large multi sea winter fish entering the river which has been cause for some incredible battles on light tackle and small flies in the bridge pool and the canyon. A couple of fish have charged back down under the bridge with anglers unable to follow and ended in tears. 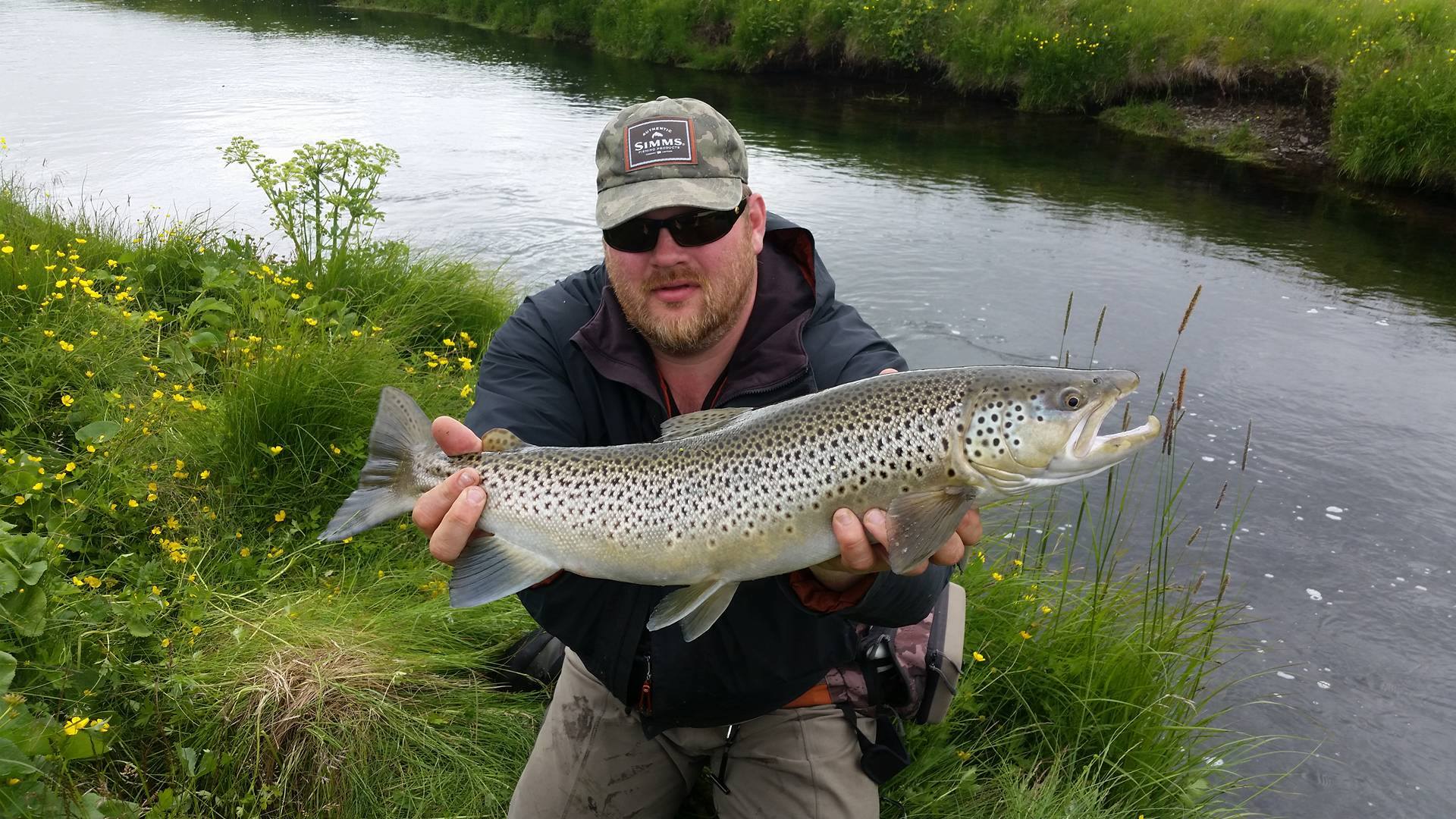 The grilse run has slowed a little, but the sea trout are continuing to appear in the meadows. Night time high tides have been a little tricky as the fish have piled through the first beats and up before fishing has started the following morning. We are expecting the rain to settle the conditions and bring the fish on the take. 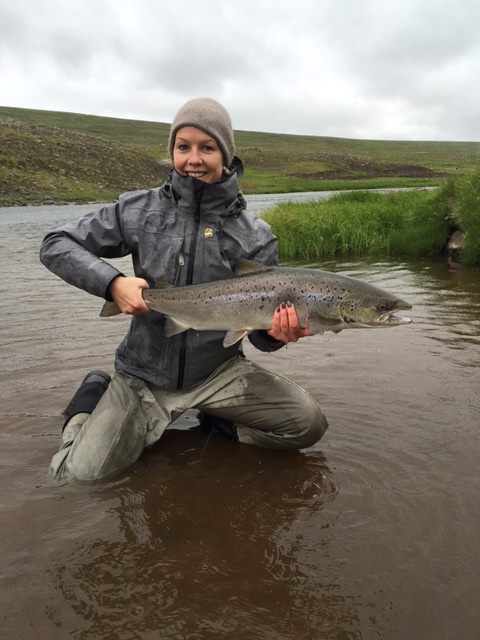 The Laxa I Dolum continues to have fantastic fishing and has had over 100 salmon last week to only four rods. We are still very impressed by how this season is progressing and we are continuing to reap the benefits of the number of rods fishing this river being carved in half. 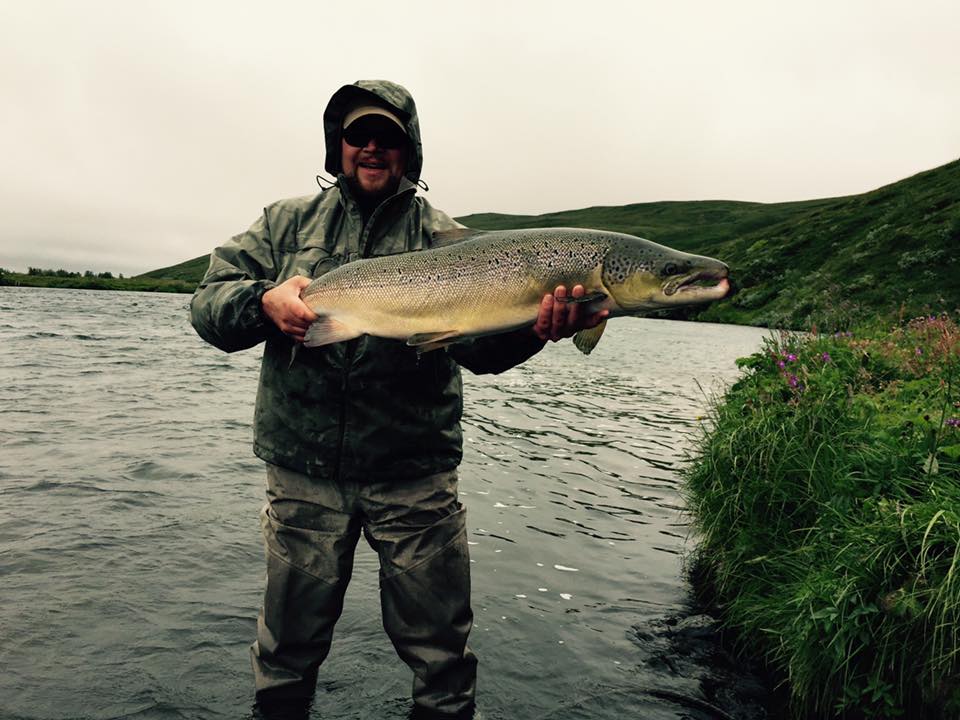 On the Nes beats at Laxa I Adaldal three twenty pounders were caught yesterday morning. One in Langaflud and two in Skerflud. It was a fantastic morning shift and they have now had 22 twenty pounders after eleven days of fishing averaging two per day. 🙂

Haukadalsá has now reached 183 fish to the five rods and has reported that they are catching fish on small micro tubes. We are envisaging that this river will be very popular next season as it is perfect for intact parties. 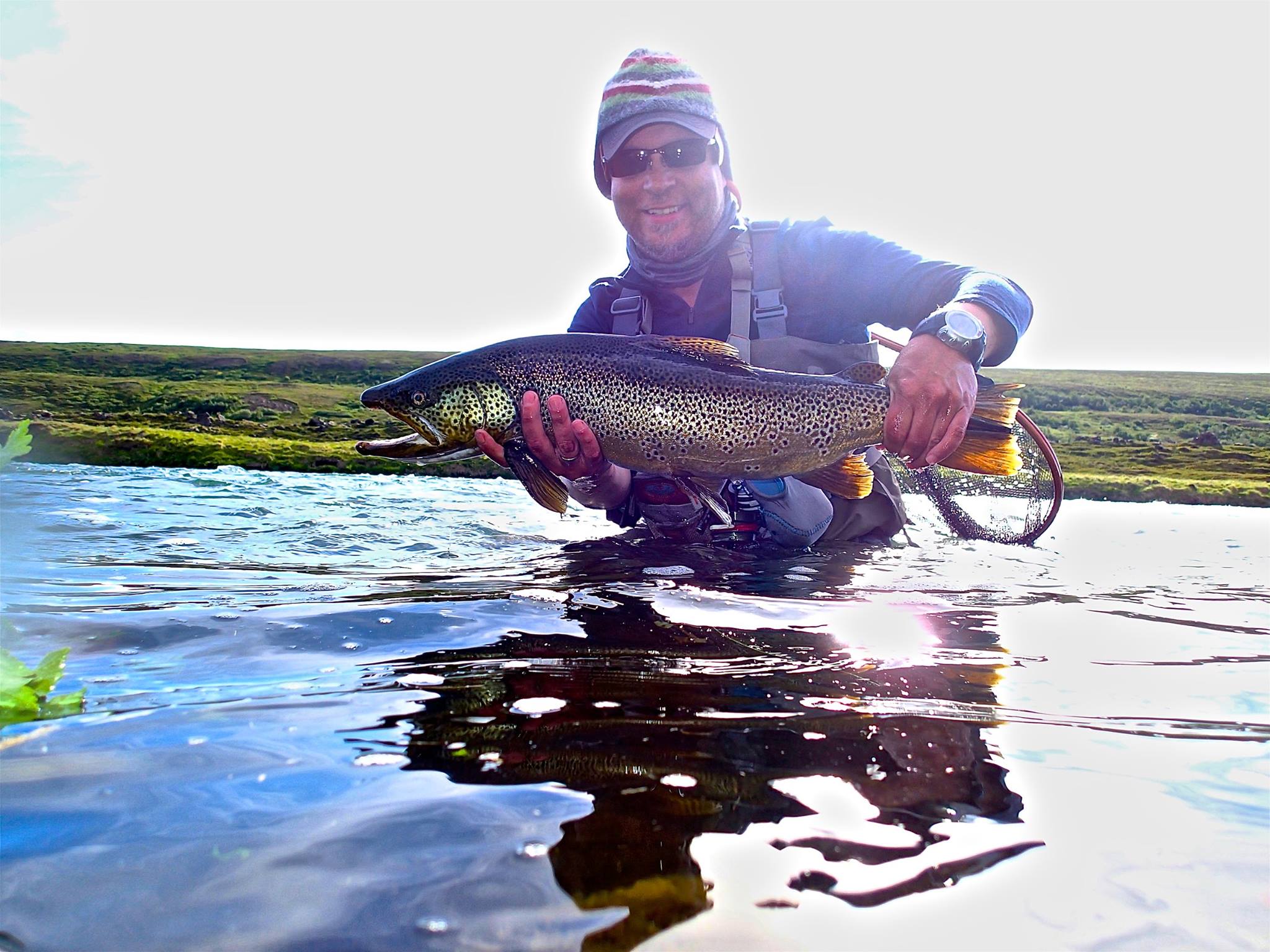 Up north on the trout beats at Laxa I Adladal the weather has been very cold and windy making fishing a little tough. Laxardal currently is up to 250 but has been lightly fished. The upper beat at Mývatnssveit is closing in on 2,000. Lots of big trout are being hooked, but not many landed for the past few days.
For more information on Iceland fishing please contact Peter McLeod or Alex Jardine or call our office on +44(0)1980 847389.