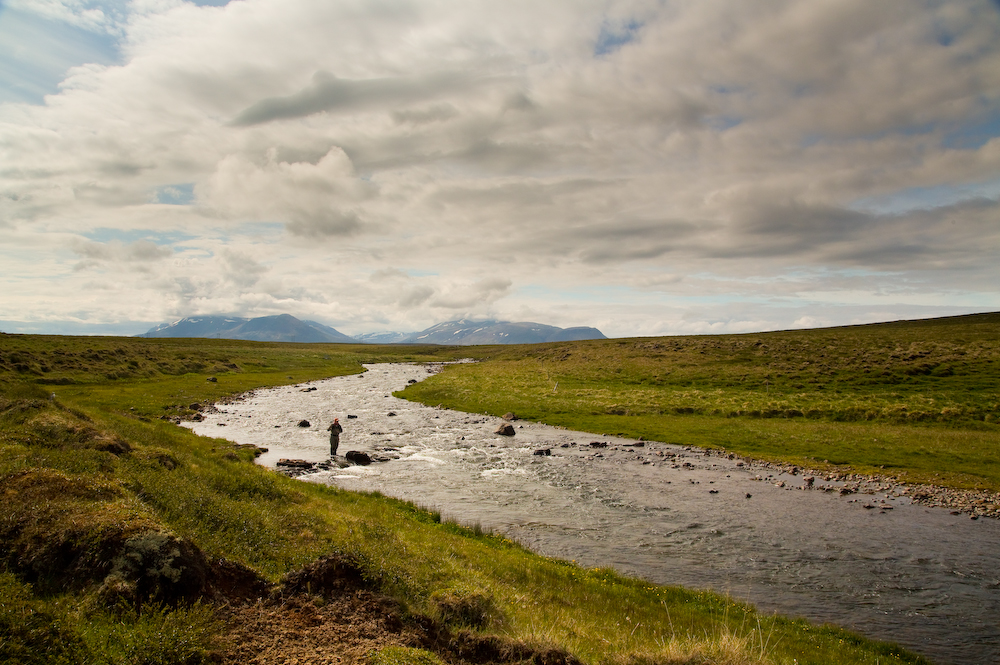 The fishing in Iceland has accelerated over the last week as water levels have dropped to something near normal and the continuing arrival of the grilse runs and the summer salmon. The west coast is now in fine fettle with air temperatures in the region of 15 – 16°C. The north coast is experiencing a little bit of a cold snap right now, but it does not seem to be slowing down the fishing. 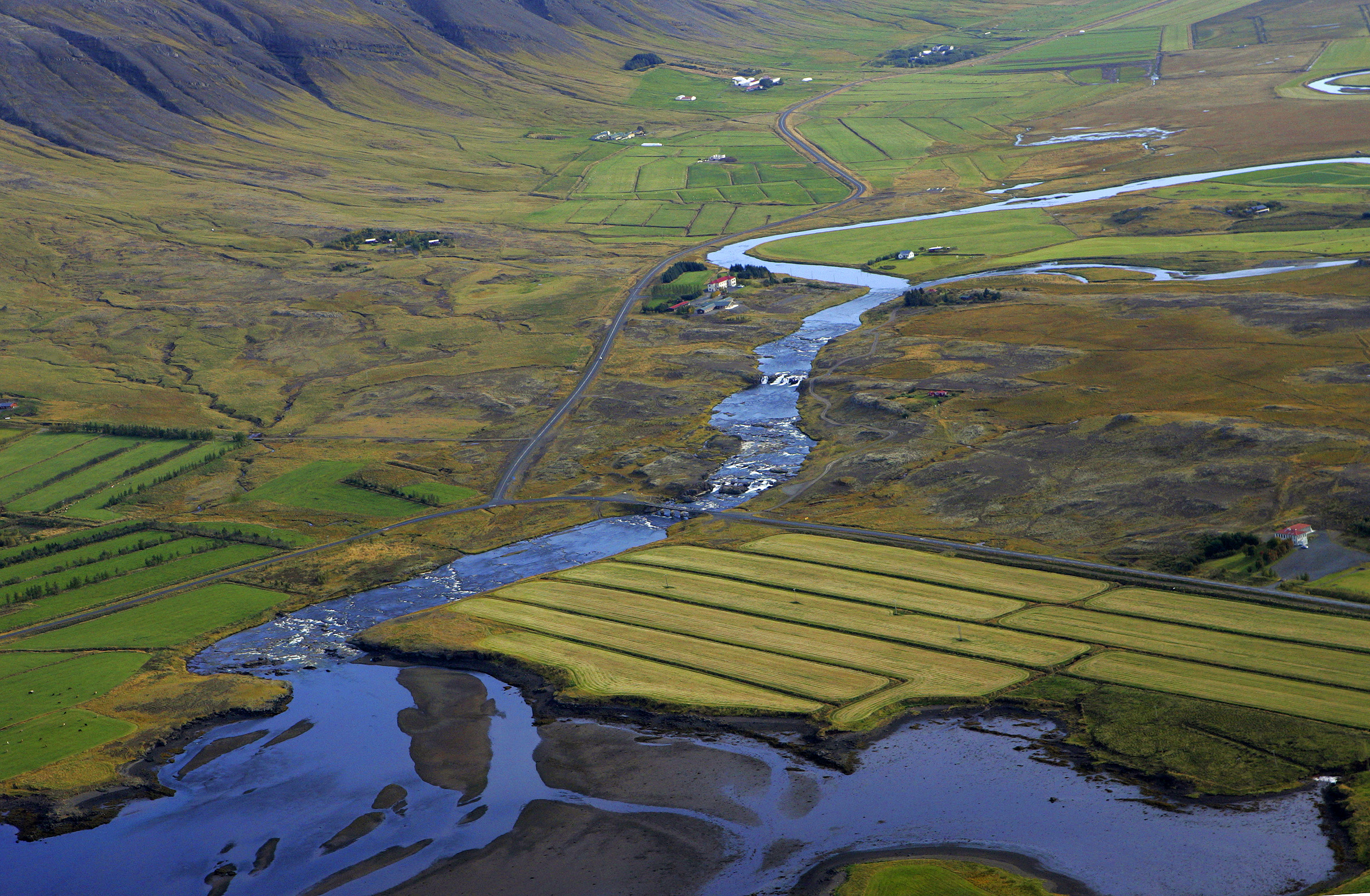 The Laxá I Kjos is producing some really quality fish with one of our clients hooking and landing a fish of just over 14 lbs after an incredible battle in the middle section. Fishing conditions as of this morning are looking excellent being warm and overcast. Last week produced just over 60 fish and the river has now reached over 300 for the season. Fewer than this time last year, but catches are now beginning to accelerate. The sea trout are now firing in the meadows section and fish up to 10 lbs were landed last week. 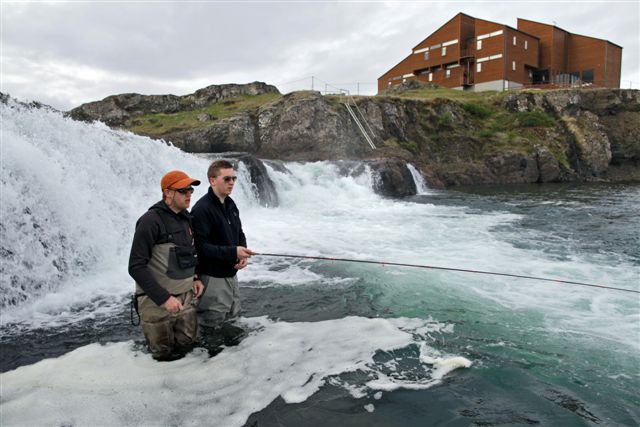 The Grimsá has continued to be slower than normal due to the water height, but with the better conditions the river is at last dropping to normal heights and we are expecting the fishing to pick up this week. 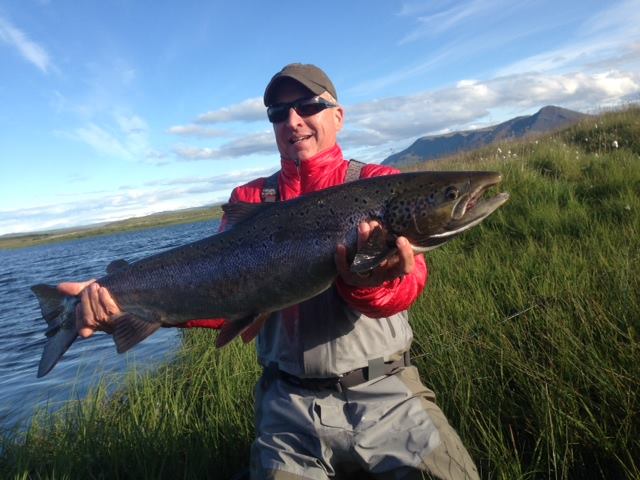 The Laxá I Ásum is still performing well and after another great week with 123 salmon caught the total catch is up to 454 salmon. Our clients fishing the lodge caught 60 fish in three days to their two rods. After last week, Laxá I Ásum still is in 8th place with her total catch, regardless of rod count. On the other hand, taking into account that there are only two rods that fish Laxá I Ásum, the catch per rod so far is 227 salmon. After 40 days of fishing that comes down to 5.7 salmon per rod per day. Last year the average catch per rod per day after the 82 day long season was 6.5 salmon. As the catch per rod is 227 salmon in Laxá I Ásum which gives the nationwide first place by a mile. Second in line is Blanda with 99 salmon per rod and third is Leirvogsá with 93 salmon. Haffjarðará comes in fourth with 82 salmon per rod. This is shaping up to be an outstanding season for Laxá I Ásum. 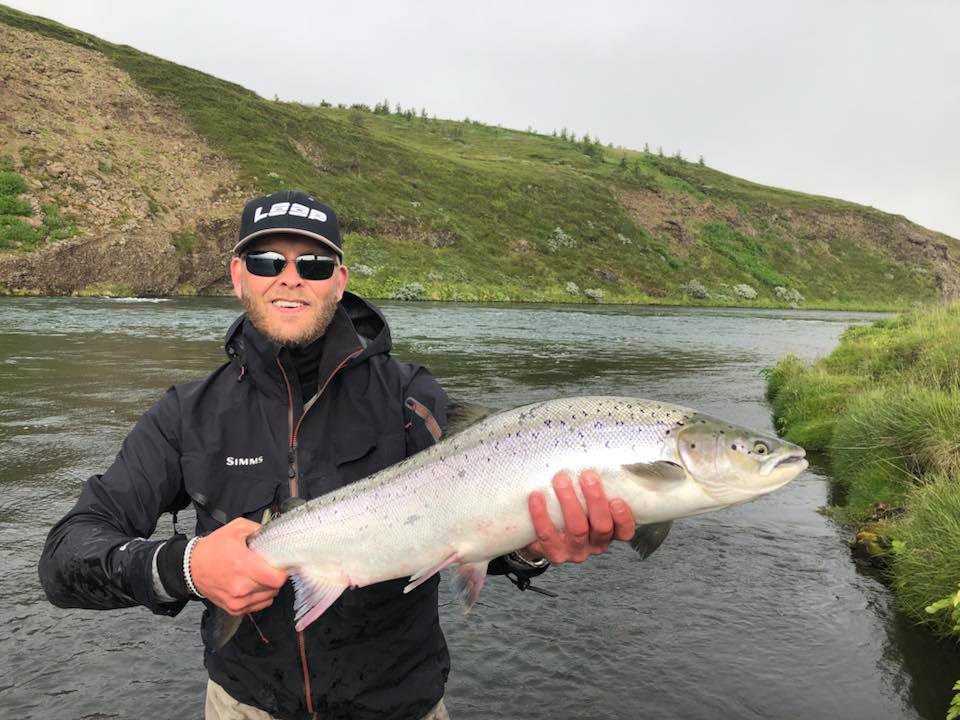 In the north the Nes beats of the Laxa I Adaldal caught 12 fish in a morning the other day. Of the 12 fish two were over 100 cm one 98cm and one 95. Arni Petur is really enjoying handing out those 20 pounder club badges. At the weekend they landed 23 salmon in a day on the Nes beat, an amazing day. Of the 23 salmon caught 4 were over 20 pounds. There has not been a day like this in years… It is an amazing summer and the beat is getting close to 200 fish with 193 fish in the book. Pretty much the same number at the same time as the record year 2010… The picture is of Lilla Rowcliffe in Hofdahylur with a 95cm salmon. 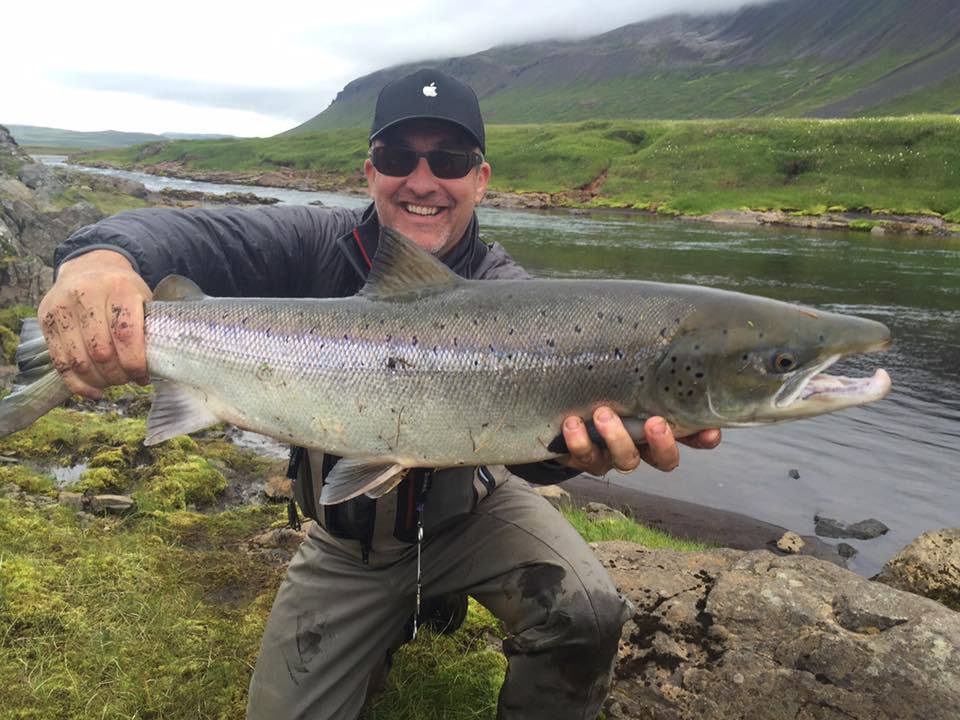 Svarlbardsa had another good week with 55 fish landed to three rods, most of which were large salmon and 9 fish being landed by two rods in a day. Conditions have remained pretty much the same as last week.

Up on the Laxardal and Myvatnssveit beats the algal bloom that hits these beats at this time is in evidence, although it has not deterred the capture of some of the largest fish of the season. Steffan Jones managed a 67cm fish and two fish of 73 cm and 75 cm were caught last week. All fish have been caught on dry fly which is doubly rewarding. 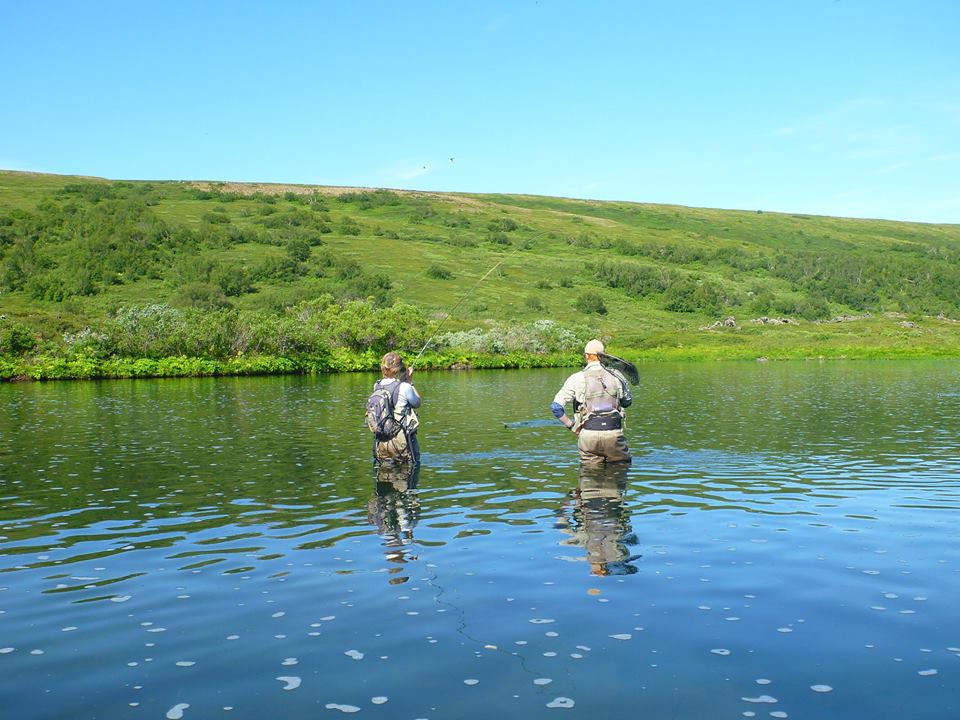 There are still a few last slots available so if you would be interested in further details or logging your interest for next year then please contact Peter McLeod or Alex Jardine, alternatively call our office on +44(0) 1980 847389.