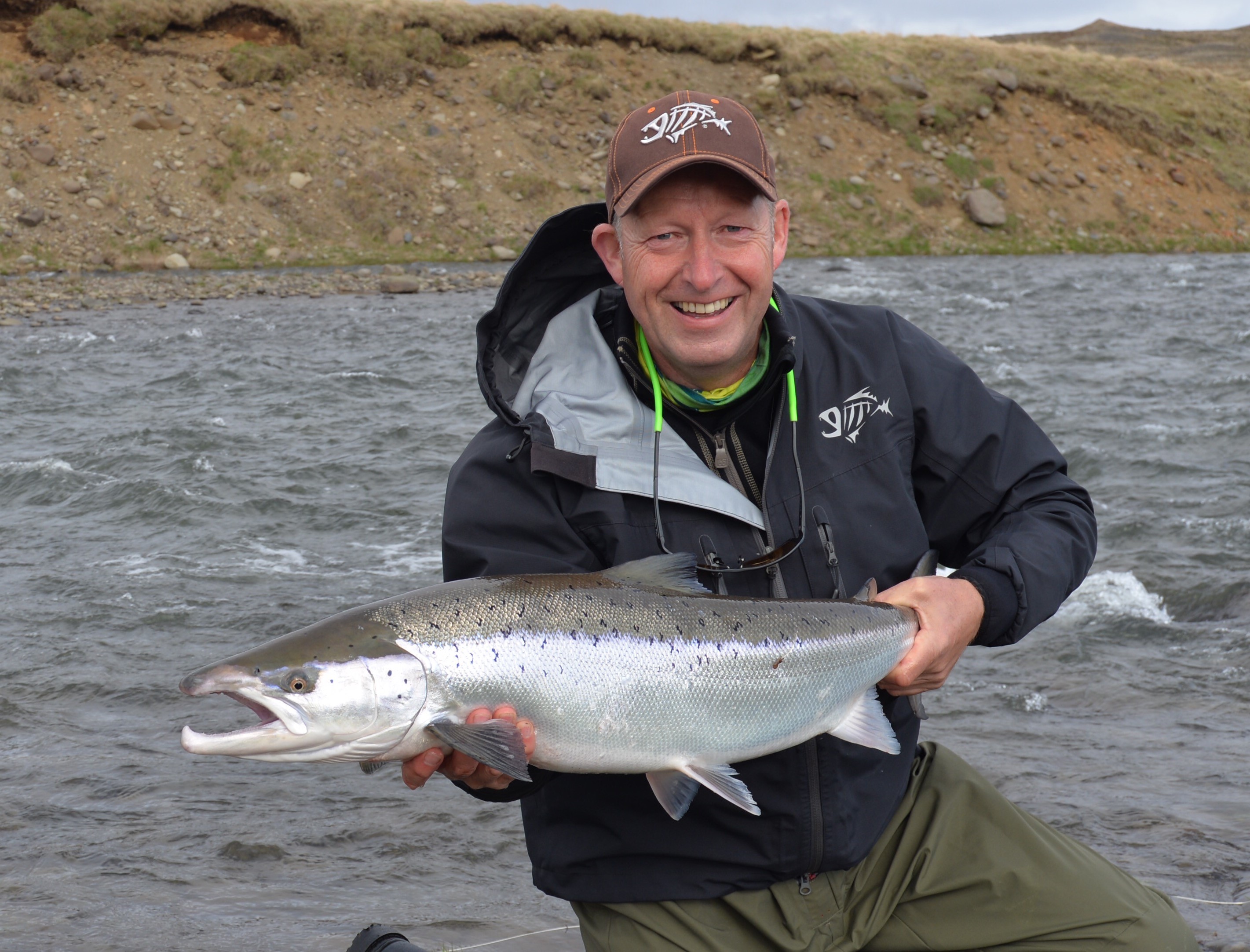 After the very cold start to the season and high water conditions the rivers are beginning to drop and clear although are still running a little high. This has mostly be caused by the warm air temperatures hovering between 10 – 12 degrees centigrade causing high levels of snow melt. The extra snow pack in Iceland bodes well to maintain water levels through the summer. The dropping water has coincided with the opening weekends of some of our favourites such as Midfjardará, Laxa I Kjos and the Laxa I Asum.

The Midfjardará opened on the 15th of June with a strong start. The first three days produced 17 salmon landed ranging from 77 cm – 102 cm with the water dropping and clearing. The first fish of the lower Austurá beat was landed on the afternoon of the 19th June, a stunning sea liced bar of silver of 94 cm. Even in the high water fishermen were using floating lines with Collie dogs and skated hitch tubes produced the majority of the salmon. Our first group fishing 18 – 21 June reported seeing good numbers of fish and landed some higher average size fish than they expected. They also report extremely high standards of service, guiding and food which we have come to expect from Midfjardara. 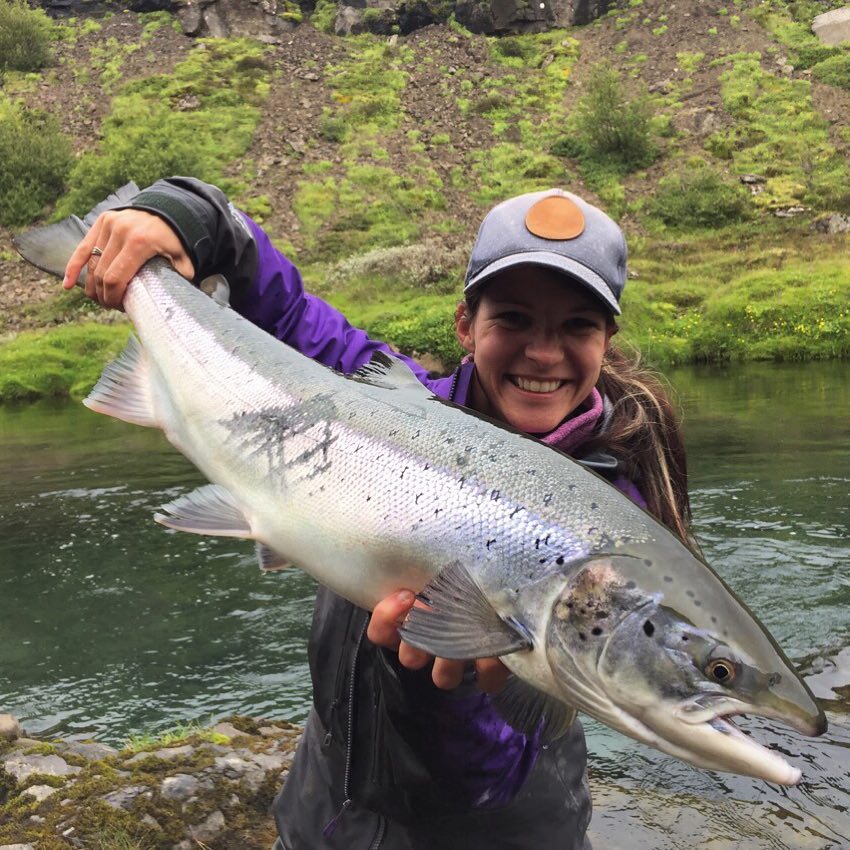 The Laxá in Kjos opening on Saturday morning. The air temperature increased in the valley finally and the snow melt has started in earnest some two months later than usual. If anyone is thinking of low water conditions on Laxa I Kjos this season then think again as it is likely the river will fish in high conditions for the whole of July. Some lovely fish were landed including six multi sea winter fish with the largest being 80 cm from Pollabreida. 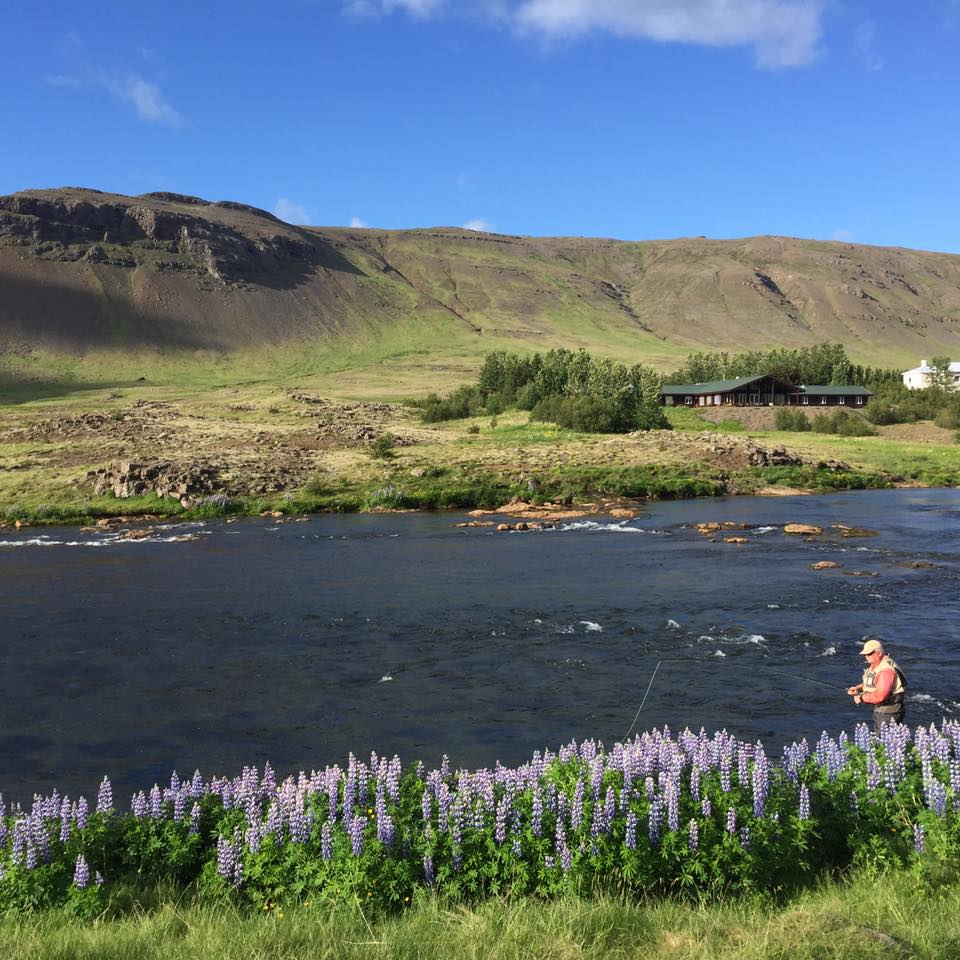 The Laxá á Ásum also opened over the weekend with a lovely 13 pound salmon hooked in the home pool Krókhylur. After an incredible fight it was landed and released about 1 km down river and was 90 cm. Our first group arrive in Laxa I Asum with Alex today so we are expecting them to get amongst the salmon, char and trout on the upper section. 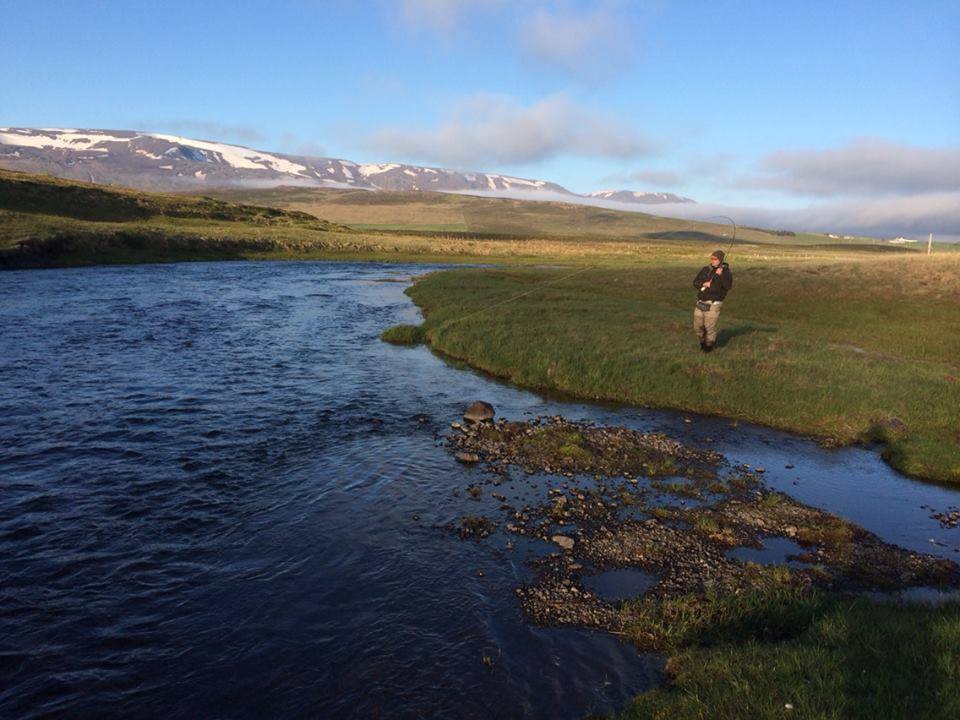 The Langá has also started well although is currently suffering from high water like many of its neighbours. However the opening group landed three fish on the first session, and reported catching three and losing two more yesterday. They are seeing good numbers of fish running the river already though which gives us great confidence that Langá will have a normal year this year.

The trout fishing in the north has also started well albeit slow with the cold conditions. We do still have a couple of rods available in our Jardine hosted week on Laxardal. These could be combined with three days on Langá for someone looking for a last minute Icelandic special from the 9 – 12 July on Langá followed by 12 – 15 July on Laxardal. We have two rods available for this combo with the price being £3,800 for 6 days fishing inclusive of transfers and excluding flights. This will go on a first come first served basis.