Heavy rain started on Friday and stopped three days later.The water rose about two feet and dragged lot of mud into the driver. The air temperature rounded from 5 to 15 degrees Celsius. 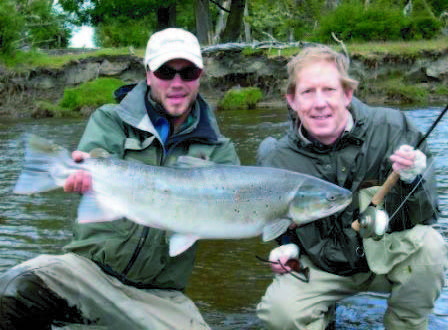 Irigoyen was unfishable for three days so we fished the Malenguena for few sessions, catching some good fish there. After the Irigoyen got clearer, fishing was very good due to many fish still on the move. We caught most of the fish in runs of low depth, it was fun fishing. 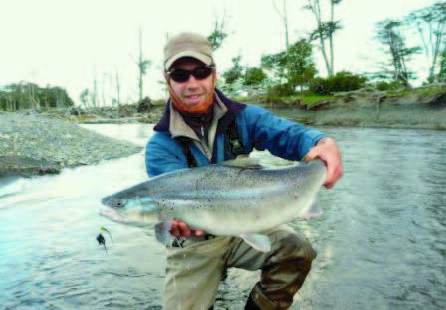 Sinking tips ranging from 2 to 5 inches per second used with big flies such us string leeches or big rubber legs. The last day we could fish with smaller flies. Most of the fish were caught during the day. The size of the fish landed ranged from 5 to 22 pounds. Water level was extremely high and muddy most of the week. The river was unfishable almost for three days. After the water dropped and got clearer we could start fishing again. Six rods fishing 6 days caught 27 sea trout averaging 11 pounds and two of them 22 pounds, which were the biggest of the week. We caught some Robalos in the sea pool.