As this was our inaugural season we are still getting to know the river and its moods. Most of us have worked on the river before, but we still are finding out new things and learning more about the habits and runs of the sea trout on the Irigoyen. 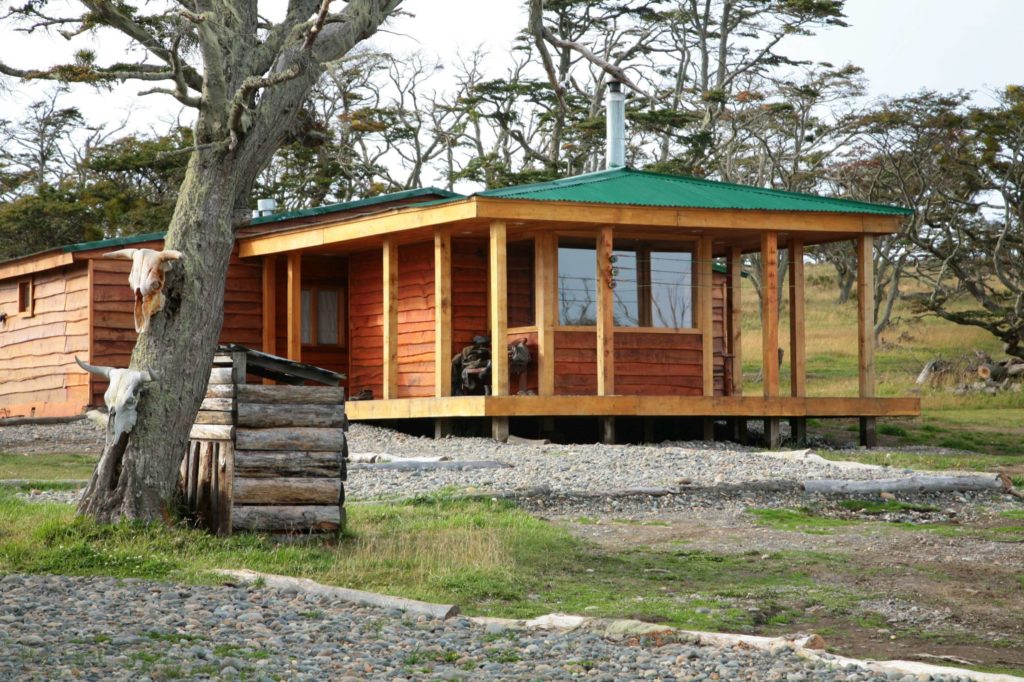 As a result we decided to make this season slightly shorter and more manageable; starting late December and ending early March. This, upon reflection, is a shame, as the last week of the season also gave us some of the strongest fishing of the whole season – in fact, it gave us the best numbers of any week thus far. Yes, there were a lot of stale fish – fish that had entered back in November and December, but also fresh fish that had entered on the recent floods. It was nice to see the river in such great condition and given the amount of small fish we are seeing; particularly fry and parr then the future is very bright for the river and we are very much looking forward to see what the future will bring to this magical and unique river. We hope you will be with us making history and shaping the future.

The river conditions were excellent for the final week, with the recent spate receding and the river holding a nice level. A group of friends from Alaska joined us this week; Phil, Bryan and the brothers Dennis and Paul… all anglers with terrific skills in fishing for rainbow trout and steelhead, but this was their first time fishing for sea trout. 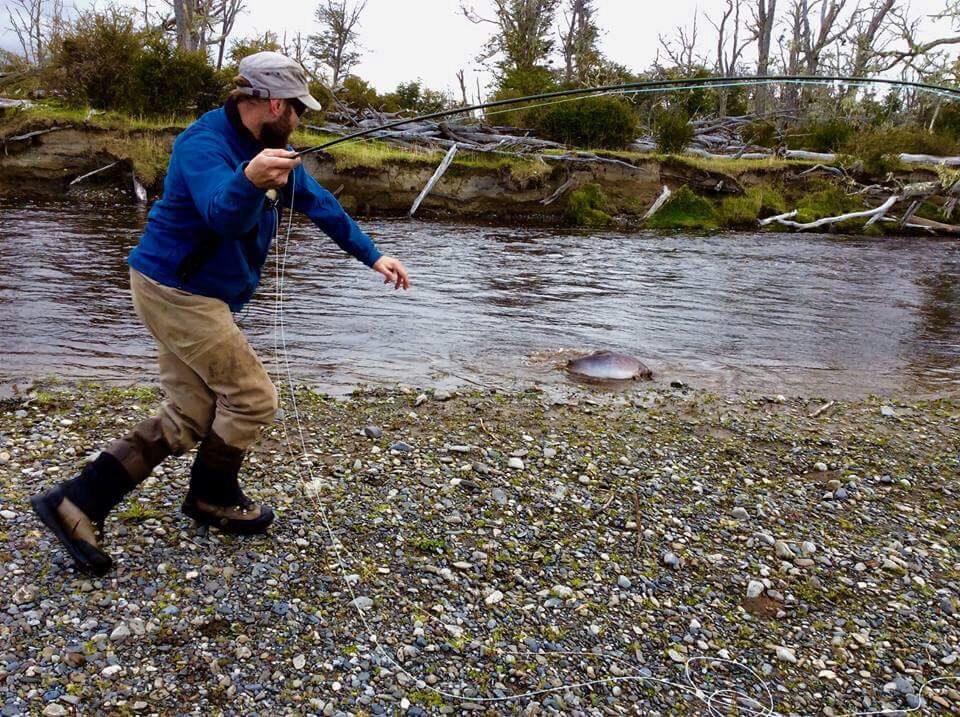 They had an excellent fishing week for finishing the 2017 season. River conditions were very Good starting the week, when fishing was mainly done with nymphs and streamers. At sunset the leeches again proved to be the winning ticket and some fantastic sea trout were caught and lost using these tactics. A very pleasant week with plenty of fish landed, including a nice number between 10-15 lbs, which are fantastic fish on such a small river and fight very different and much harder compared to a bigger river. 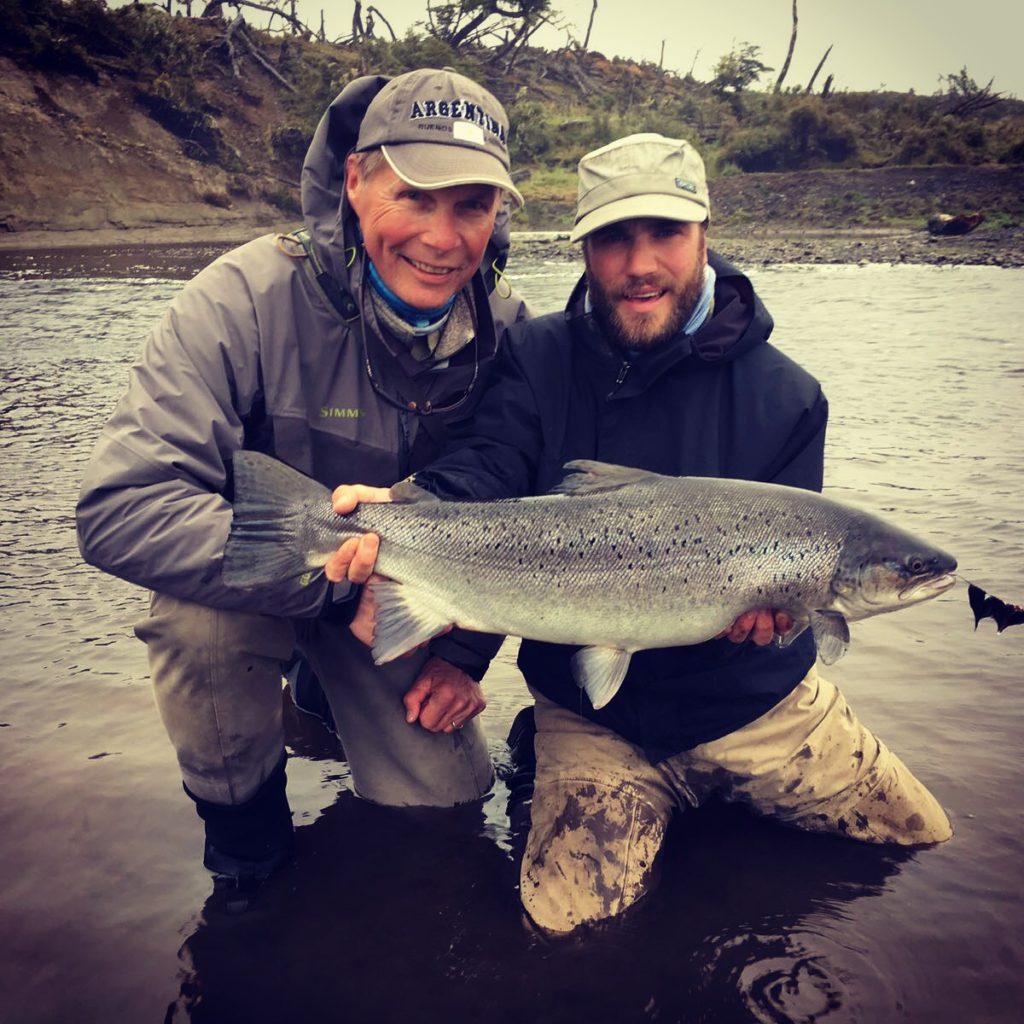 We would like to take this opportunity to thank those that travelled to see us this season and also to thank the team here that made is all possible – we believe that we are a family and look forward to seeing you and inviting you next year to be part of our family. 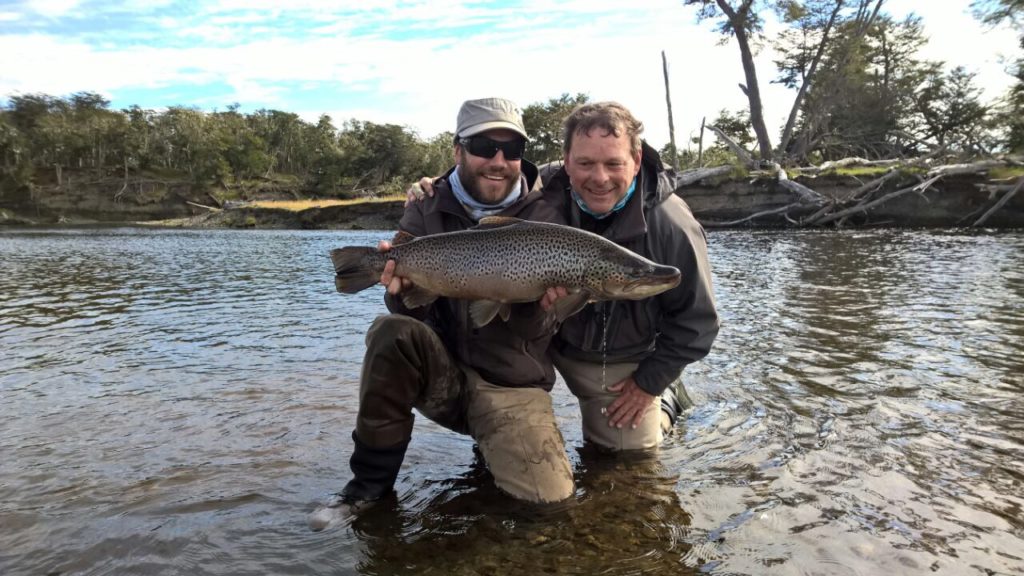 Until next year, tight lines and thanks for making the Rio Irigoyen possible once more, 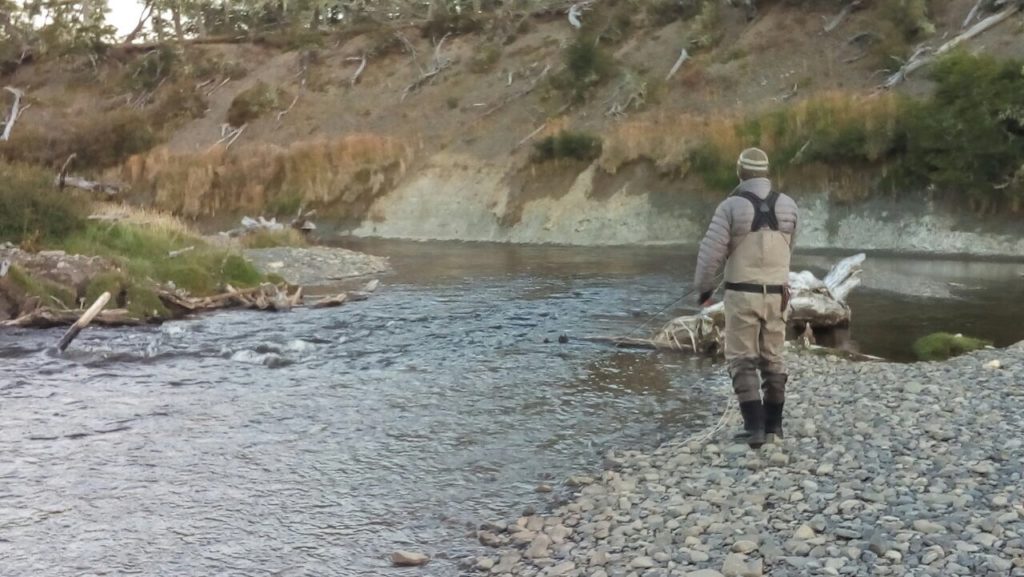