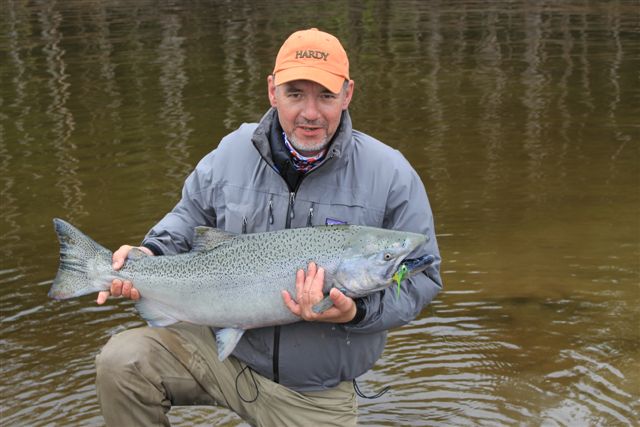 Gordon Richmond has just returned from fishing in Northern British Columbia at Nicholas Dean Lodge. Normally recommended as one of the top lodges for steelhead many become so fixated with this species that they overlook the numerous pacific salmon species to target. British Columbia has it all to offer. Gordon’s main task was to target King salmon on the fly. 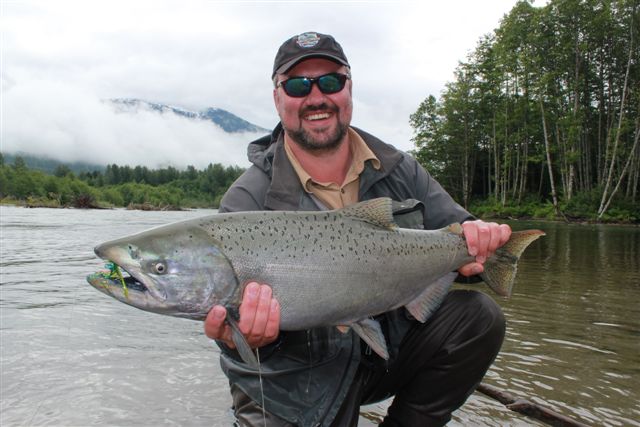 For those who have ever hooked one you will know the sheer power of these fish and their inability to give up. It is the nearest thing to hooking a tuna in fresh water and the battle will tax you and your tackle. The King Salmon in the Skeena watershed range from 5 lbs to 100 lbs, but even a small one is going to give you a serious battle on fly gear. Gordon was armed for the task at hand with one of Hardy’s new 10# Pro Axis saltwater rods, and he was greatly impressed. Attached to this some fairly fast sinking line in the form or a T14 that sinks at about 8 IPS, and some huge multi colour fly patterns. 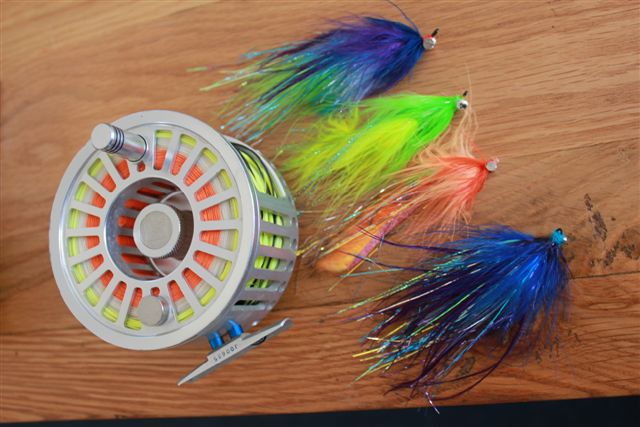 At this time of year these fish are not the red brutes I have done battle with in September but chrome fresh, often covered in sea lice and full of attitude. After a week of incredible battles in one of the most beautiful places on earth Gordon hooked 15 Kings and landed 7, the largest of which was approximately 35 lbs. Obviously the big one got away, and Gordon did battle with a monster that ended up stripping 200 yards of line off before engaging its hyper drive and leaving him a shaking wreck. He is returning next year! 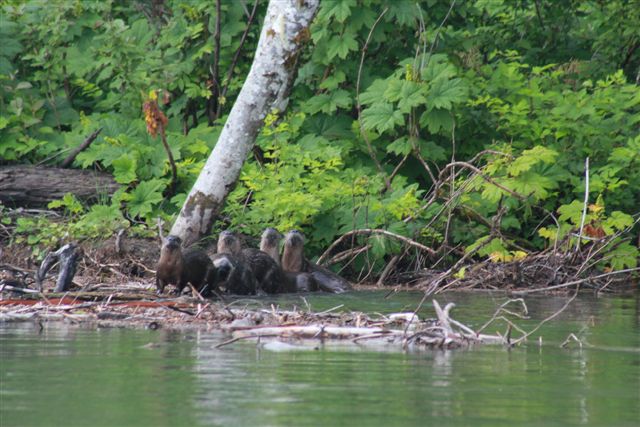