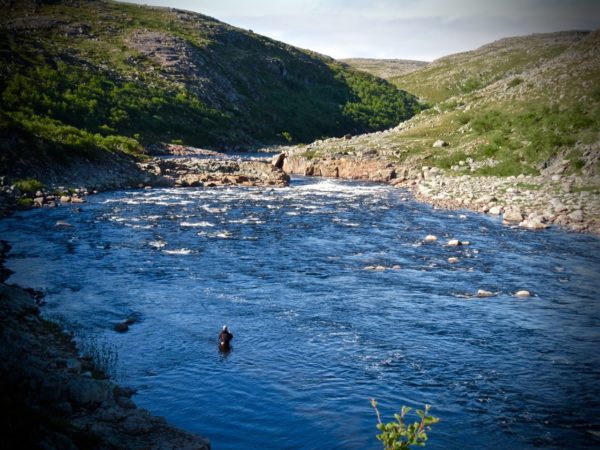 We are always very excited about new fishing shows, and Longleat was full of promise. The location is stunning, and the organisation of the show ground and visitor parking was executed brilliantly. Two days was certainly long enough for a first time show, and there were some big names attending. The weather was relatively kind to us, although there were some heavy down pours. 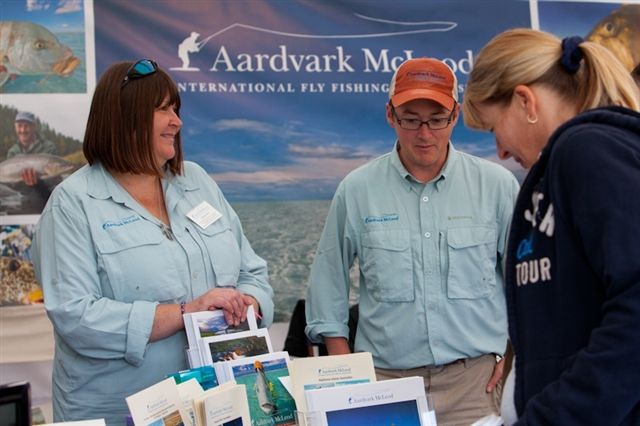 Our stand overlooked the lake and as usual we were very pleased with how it appeared visually. The whole team was on site and we had some great fly tying demos from Steffan and Alex that held a great deal of interest among those who visited us. Steffan detailed sea trout flies such as small black stoats tails with micro treble stingers. Alex used to the time to stock up on flies for his trip to the trout beats in Iceland in July with his father, Charles Jardine and concentrated on Klinkhammers in a wide variety of sizes and post colours. 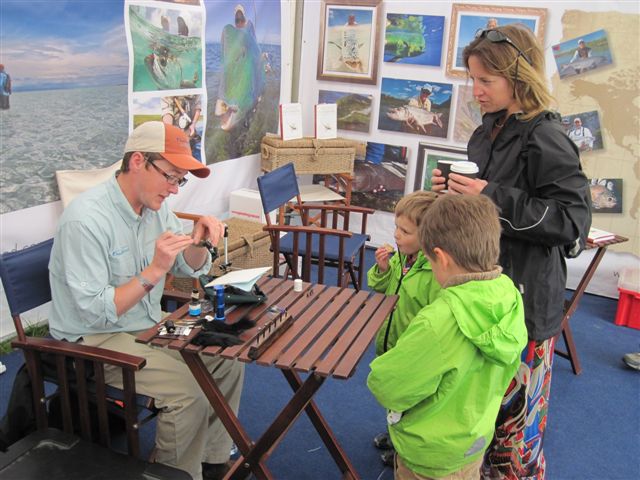 We also were called upon to give some casting demonstrations in the display area which were well attended. I gave tips on saltwater techniques, casting on the windy flats and using heavy rods such as 12#s, and Alex worked in tandem with Charles doing the double act, heckling each other as they outlined specialised trout tactics for Iceland. 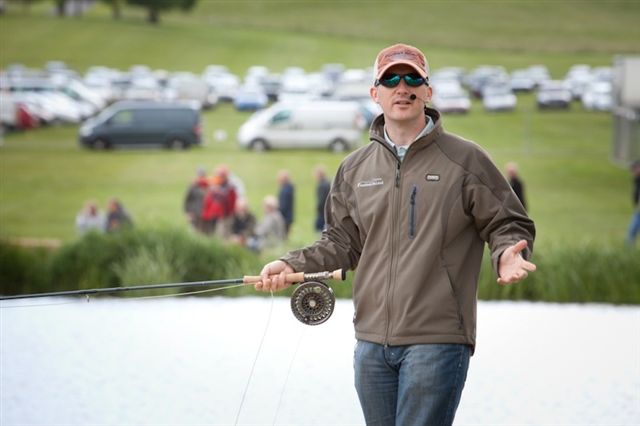 Joining us on the stand this year we also had representatives from the Salisbury and District Angling Club selling “Chalkstream Fly Fishing, a 21st Century anthology”. This wonderful book has been written by 12 authors from the club and is a modern take on what is the oldest theme in our sport. I felt privileged to have been part of this project, and they were received well. (For those that missed the opportunity you can still buy one here). 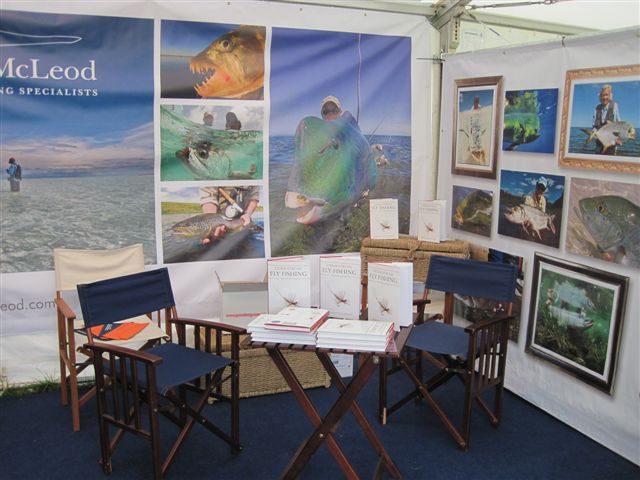 Last but not least we were also joined by bronze sculptor Paul Dady with one of his bronze trout and some of his clay models including a stunning grayling. 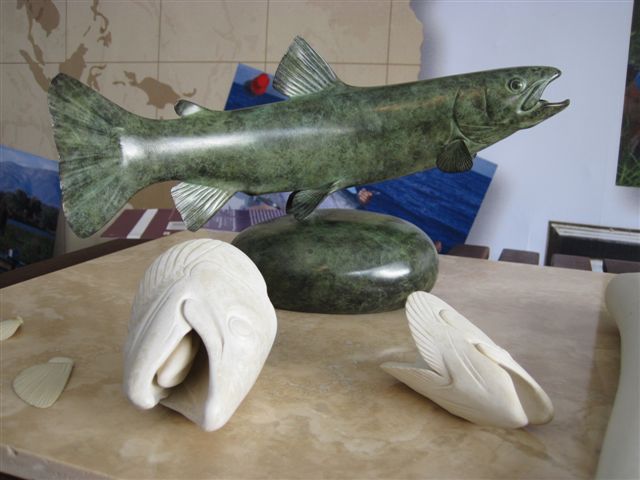 I would like to take this opportunity to thank all those who came to see us at the show, faces old and new. It is always a pleasure to put faces to names and to have the opportunity to talk about the latest destinations or start to plan that next trip. 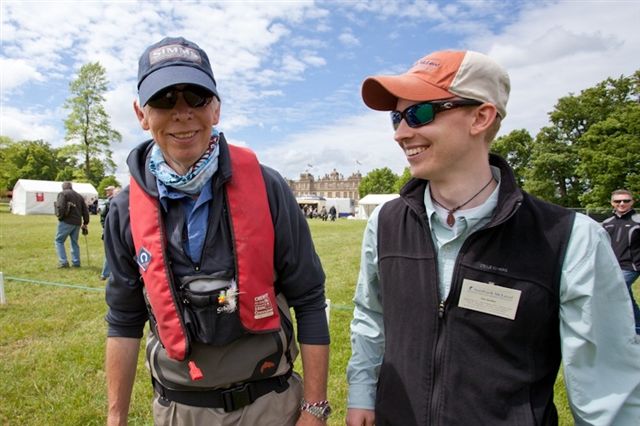