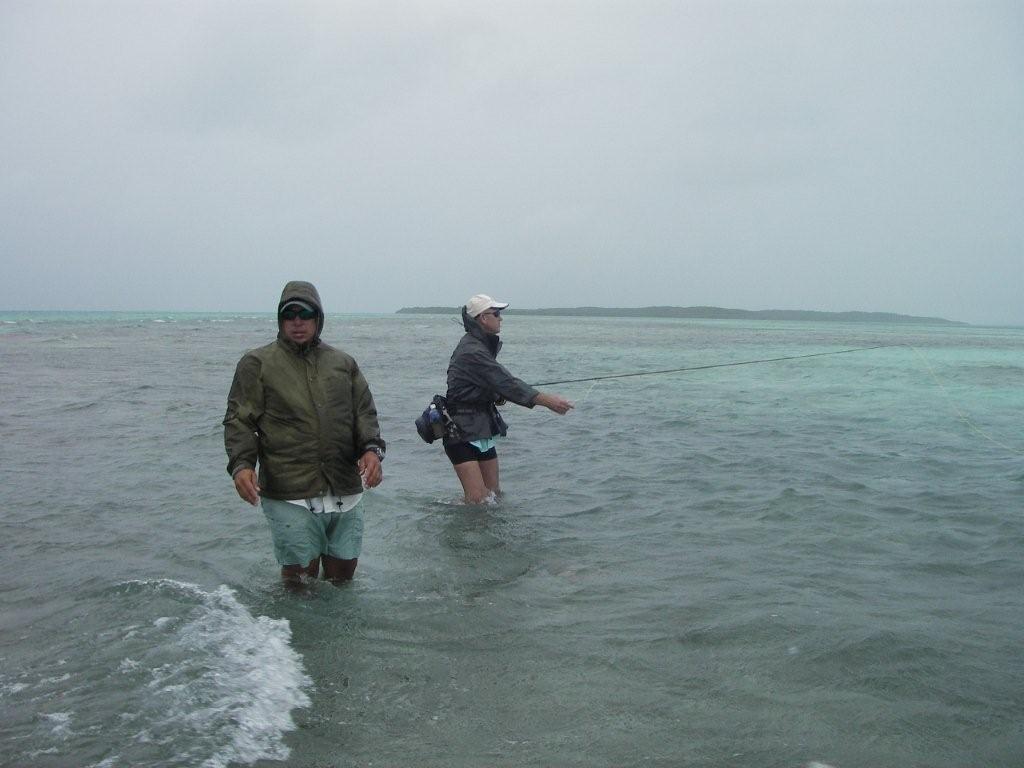 The first day fishing out on the flats was tough. As the boats departed we were met with squalls of rain and without spray jackets the crossing from Gran Roques would have been a little wet. I fished with Ian Hodge and our guide was Raphael. Raphael took us round the corner to some stunning ocean flats, and with the wind behind us and despite the rain the visibility was not too bad as the bones were running over hard sand.  Rain has a funny effect on the flats in that it tends to make the water go a translucent opaque and I often find the bonefish easier to spot.

Even though conditions were against us we took a couple of good sized fish off those flats before heading to the pancake flats. On arrival some flashing tails greeted our arrival, and having not seen that sight for a little while I had forgotten how excited it makes me. Ian went one way round the pancake with Raphael and I headed across the wind. With a back hand cast I managed to pull a nice 5 lbs fish out of the cluster of tails that was deeply satisfying. Spotting fish on the turtle grass really was tough as the only way to see fish was to be looking at the water, not in the water. I have found that tough days always make you a better fisherman as you have to be just that more alert. All that give away a bonefish feeding on the flats in these conditions can be the tip of a tail or dorsal fin, a V- wake or nervous water pushing into the wind. Then there are those that you practically step on before discovering them. The two of us finished the morning session with five fish between us before heading to the conch shack for lunch. 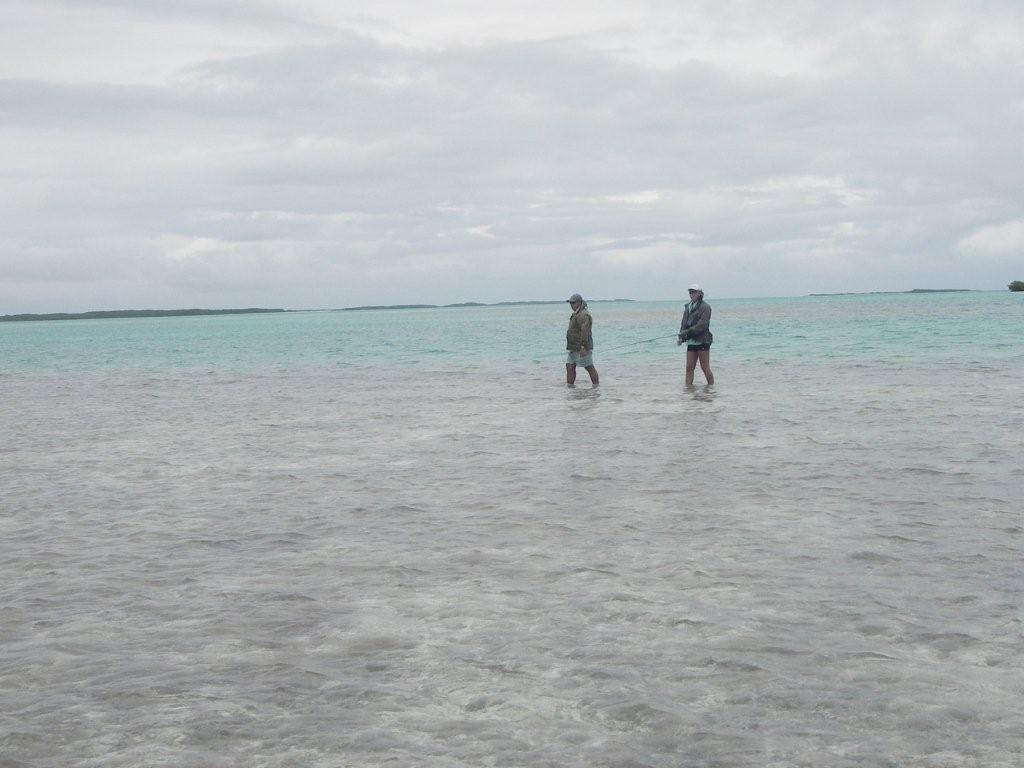 After lunch with the tie dropping on the pancake flats Ian and I decided to head back to Gran Roques and try for some tarpon in the bay. Out came the big guns, the 12 weight rods and the heavy lines. The tarpon in the bay here move in and out with the bait fish. We had fishing rolling around the boat but could not get them to tough a fly. Some of these fish were really big, 100lbs plus, but we gave it a good crack before heading home for a shower and a well deserved beer… it is thirsty work throwing a teeny 450 grain head around on a 12 weight all afternoon. That evening it turned out that everyone else had had a similar experience, but a spirits were high and some good fish had been caught. To catch any fish in these conditions was somewhat of an achievement! Angelo and Mimo outdid themselves at dinner again with fresh tuna Teriyaki, fresh pasta with homemade pesto and last sear snapper . The food here is simply fantastic and there is no chance of me going home any thinner.