I am currently on Los Roques for my annual trip, and as the LTA dash 7 touched down on the tarmac on Gran Roques the familiar smell of the sea and the view of the brightly coloured town filled me with a sense of nostalgia. Every time I come here I have already forgotten in the short year how much I love it. Mimo greeted our small party and after the re-acquaintance with the guides the usual flurry of fishing tackle ensued. 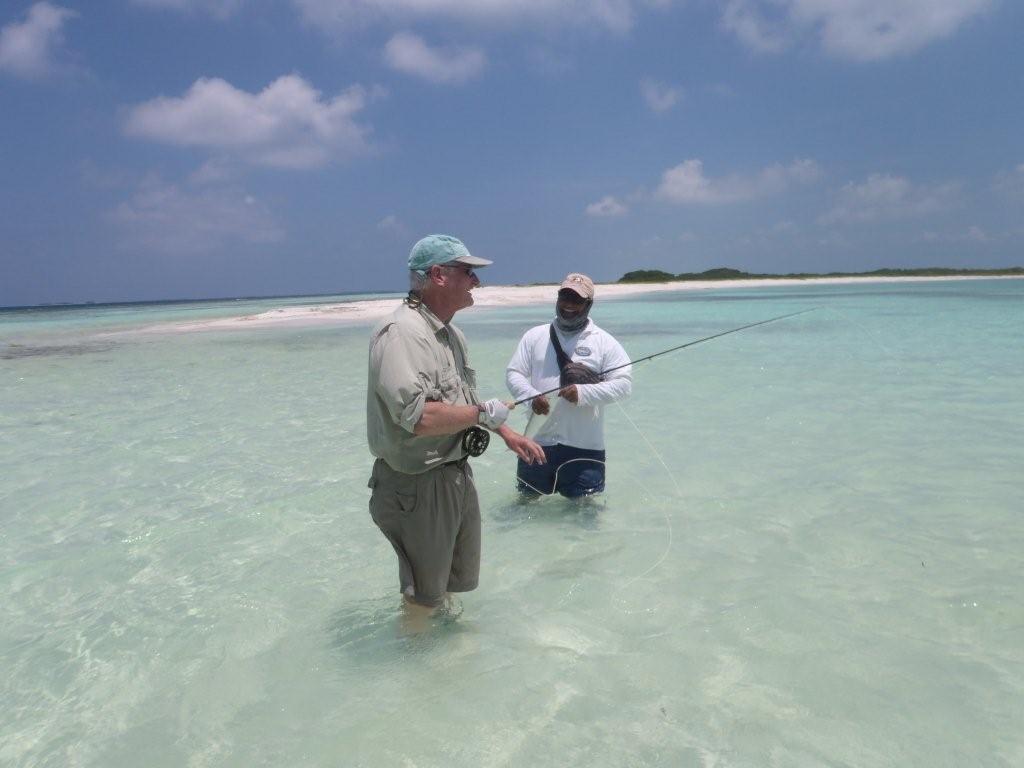 We are just starting Day three and the last two days fishing have been excellent. I fished with Tim Aldiss on Sunday with Efren, and for once we were reasonably organised as we rushed out the door. We fished down on Mosquitoqui, and this is rapidly becoming one of my favourites. The flat is a combination of coral and sand with ultra clean water washing across it from the ocean side. It reminds of the kind of flat you might find in the Seychelles. The tide was dropping and I took the outside while Tim and Efren waded along the inside. Nearer the landside there is a kind of depression that fish love to feed in. 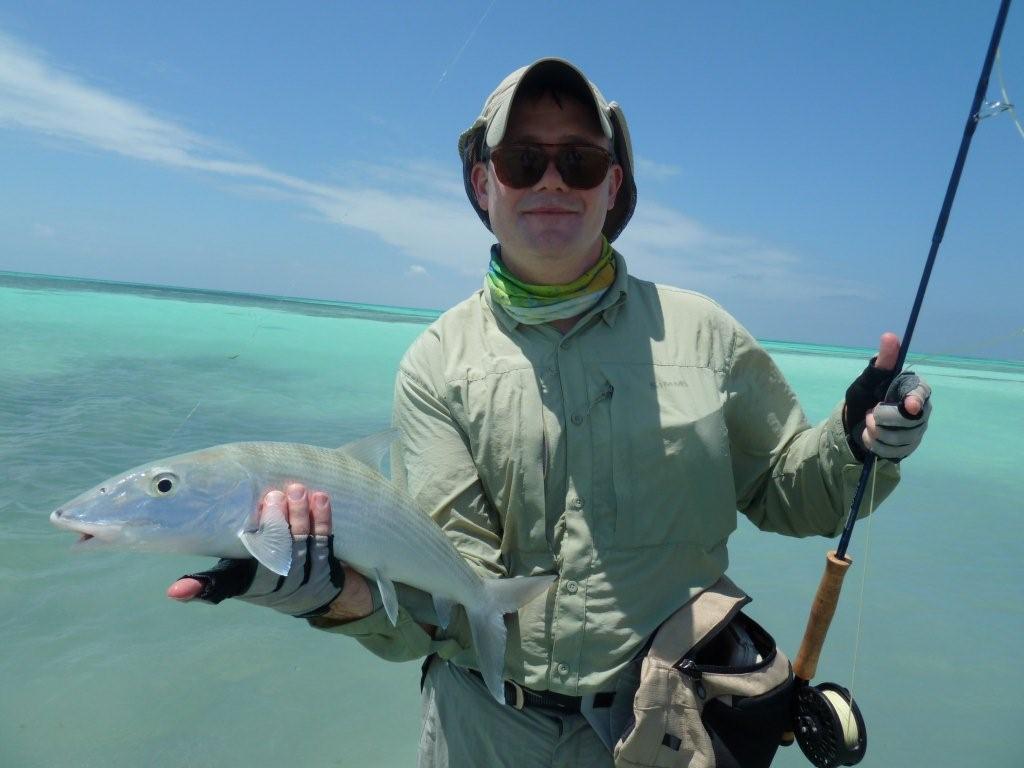 We immediately started seeing fishing and I quickly caught a nice little fish of about 3 ½ lbs. This year I am fishing the flats with the Hardy Proaxis 6# which is perfect. The presentation is so delicate, but the power in the rod is more than capable of dealing with a large bonefish without feeling out of control or undergunned. Fish kept sliding across the flat on the dropping tide and intercepted them. Towards the end of the flat a single grey shape worked its way through the sand holes and I put a long cast out. I have been using the Cuban Shrimp with much success and I let it sit on the bottom in what I estimated would be its line of travel. As the fish came into range I gave it short strip and it immediately pounced on it. I strip struck, the line went tight and the bone charged off across the flat with my red banking streaming after it. After three more long runs well into the backing I managed to bring it to hand, a lovely 6 lber. My favourite kind of bonefishing. The day held much of the same. We checked Caranero for tarpon and found some massive bait balls there before heading back to fishing along the edge of Espen Cay. The water this year seems to be ultra clean which I presume is the effect of the spring tides, and the concentrations of bait are much larger than last year. 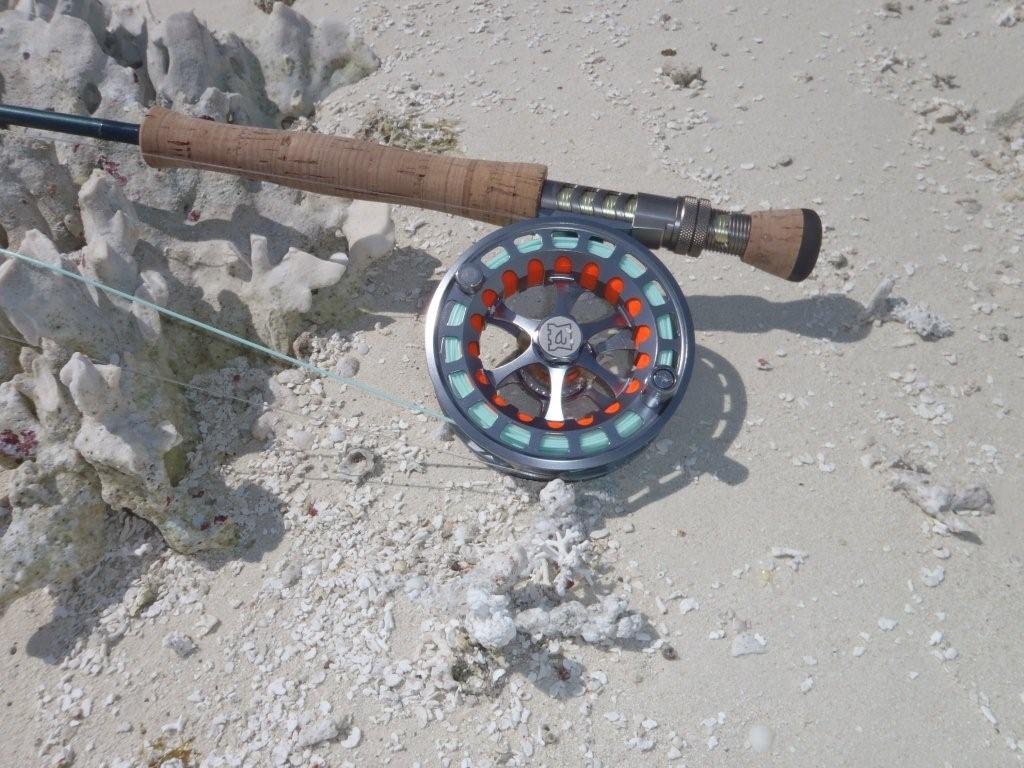 Yesterday I fished with Peter Vikanis who again like Tim is an old Los Roques hand and has been here countless times. Peter’s great passion here is to fish with floating gummy minnows and watch the fish come up and take the twitched fly off the surface. We fished with Rapheal, and headed out to the back of Madrizqui where pelicans were smashing into bait fish. I love the way bonefish hit minnows, the take is just so savage and the line is ripped out of your hands. This year I am using the new “Los Roques Minnow” I developed in conjunction with Fulling Mill Flies, and I am pleased to report they are wickedly effective. This year I have actually found that the grey backed one is working very well. Peter and Rapheal worked their way done the beach and I picked out a couple of fish in the rift there. Along the edge of the beach is flat band of rock that creates a deep trough up against the beach that the bones like to cruise along as it is heaving the bait. Every so often a shout would go up as a fish came and tried to take Peter’s floating gummy minnow but did not hook up properly, so it sounded like they were getting plenty of hits. A bonefish is not naturally gifted at taking things of the surface so with their over turned mouth they often struggle to hit it. Nevertheless it makes for some extremely exciting fishing. 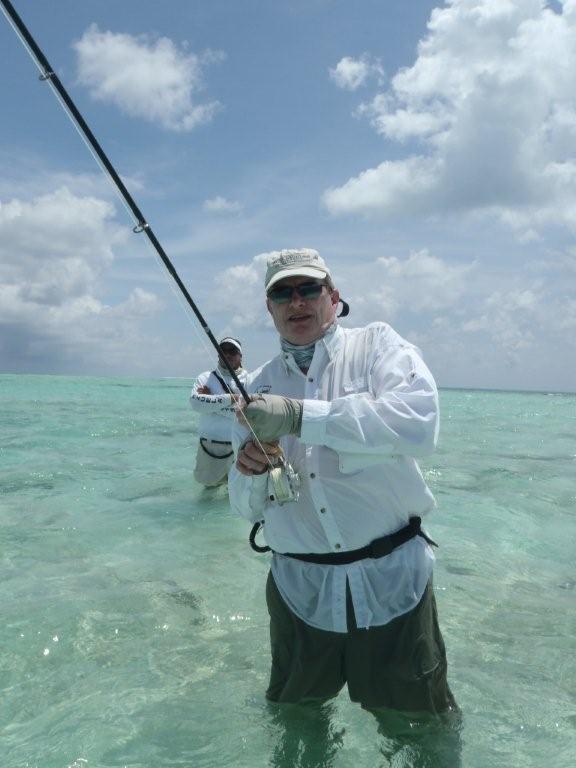 We moved over to the huge sand flat ins between Nordiskqui and Botoqui which is simply stunning . These are the first cays that get hit by the Atlantic Ocean and the water is again incredibly clear. This huge sand flat is exactly the same as the inner part of Alphonse lagoon with the odd bit of green weed and pristine sand. I had huge fun picking of singles as they cruised towards me on the flat, and the Cuban Shrimp proved irresistible to them. Every fish I cast it at just hoovered it up. Peter also hit a couple, and then we cruised over to Botoqui. There are always some massive fish that live around here and this was no exception, but we were a little hampered by a squall that came in and made visibility difficult. I picked up a lovely 4 ½ lber just by seeing the tiniest fin come break the surface which led me a merry dance all the way down the side of the flat before I managed to land it. The bait was rife against the sand bar and after lunch and Peter Vikanis had a fantastic time playing with floating gummy minnows. This is his favourite method of catching bonefish as makes them come up and eat the flies off the surface. As bonefish are not really designed to take things off the surface they often circle the fly like a shark before slashing at it which is extremely exciting. 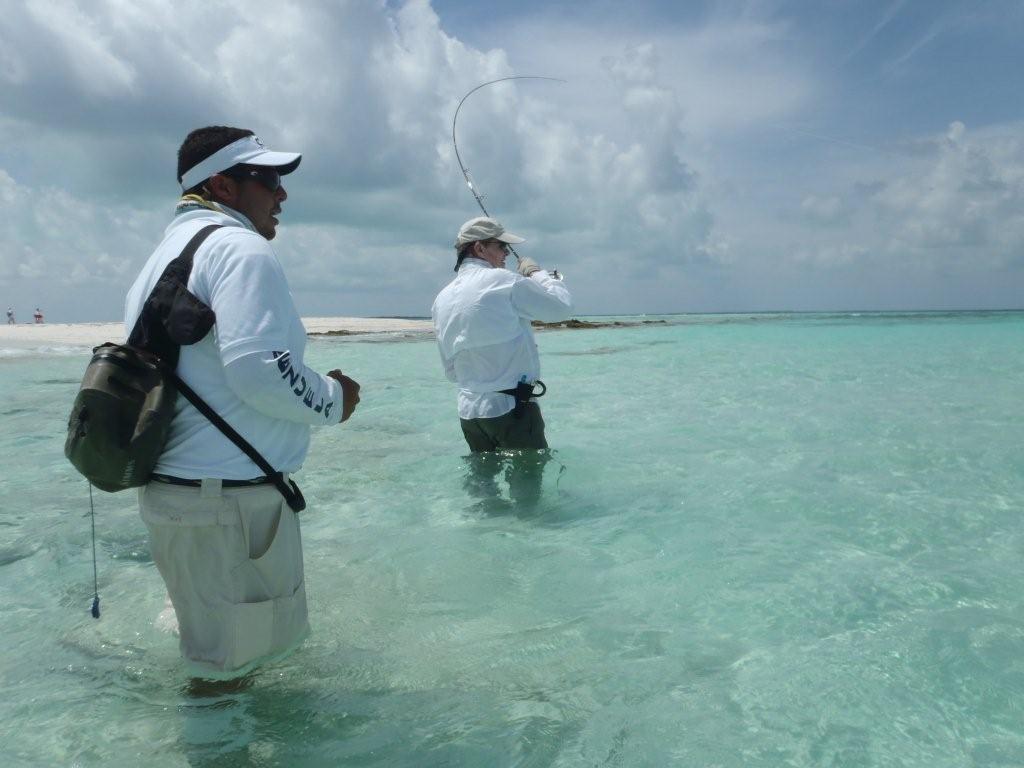 Everyone had a good day, especially Peter Moylan who caught 16 bonefish up to 6 lbs at the bottom end of the Archipelago. The day was rounded off with some massage on the terrace and a fantastic dinner from Mimo. I should add there have been some improvements to the lodge since I was last here in that there is now a combi boiler on the roof meaning the entire Posada has proper hot water. Before hand they used electric shower heads which were not as consistant.