Los Roques, Venezuela – Top Tip 2, Fight them on the beaches 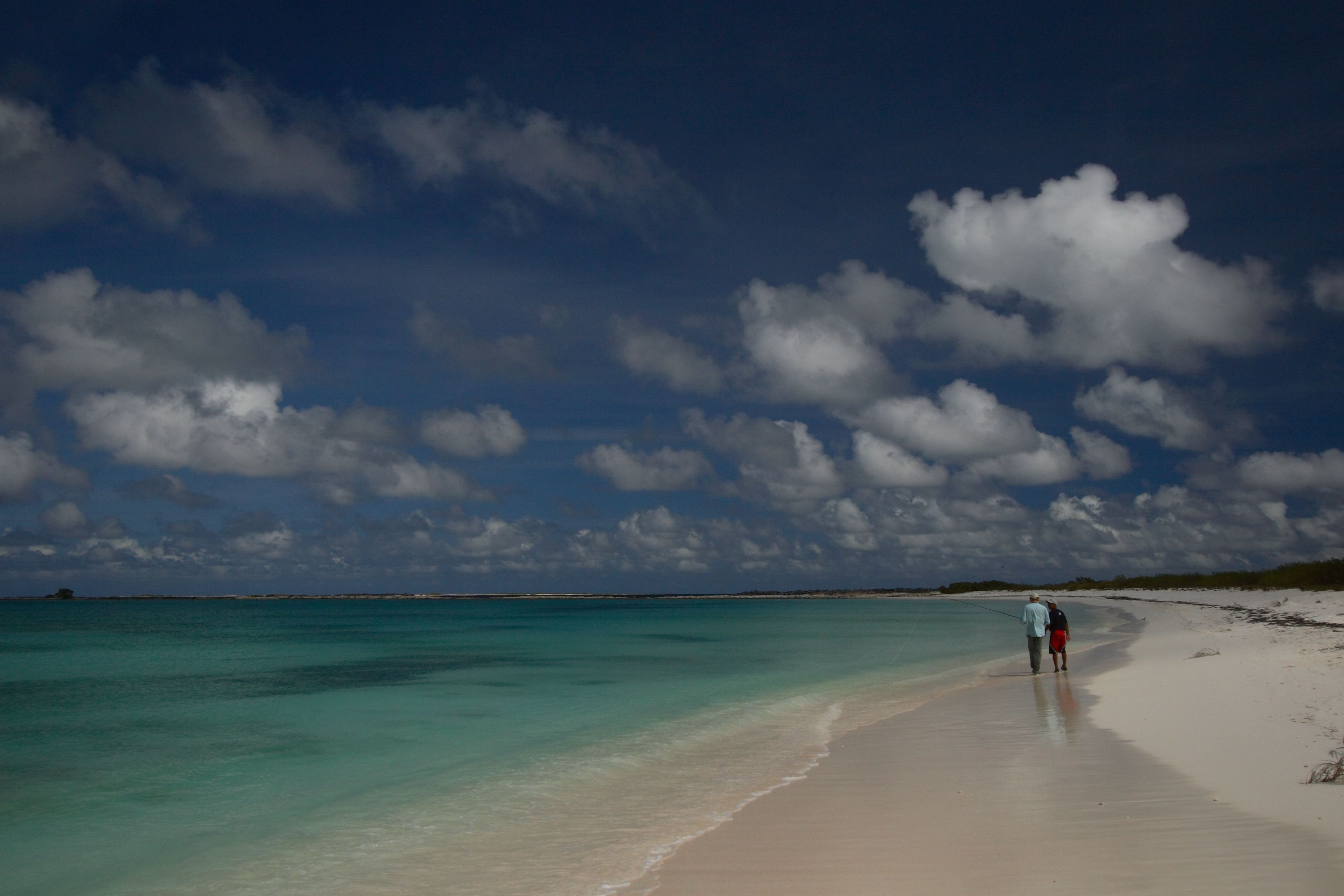 One of the most unique elements of the fishery at Los Roques are the wonderful long white beaches. Patrolling along the small gullies in the sand just off the beach edge can be found some truly massive fish on their search for one of their favourite meals, minnows. What sometimes appears as a dark band against the beach edge is in fact a very high density of pin minnows, and much of the fishing stems around them. Before my first trip to Los Roques I had never before encountered aggressive bonefish, they had always been the “ghost of the flats”. The bonefish have developed a symbiotic relationship with the pelicans at Los Roques. They maraud around the beach edges, and as soon as a squadron of pelicans lumber into the air and crash into the schools the bonefish are upon them, often almost inside their mouths as they steal the stunned minnows. It is an extraordinary sight to behold. 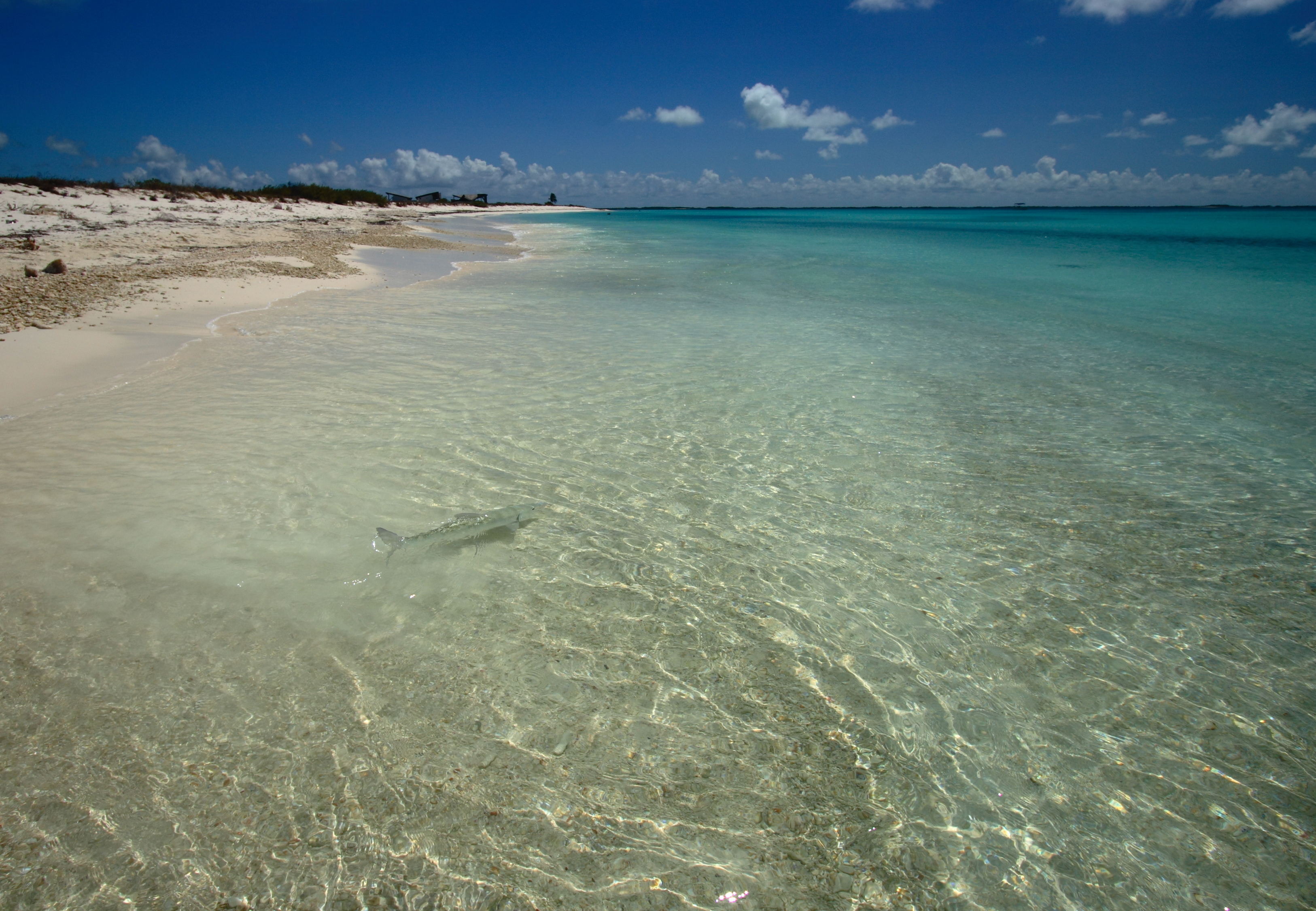 By using minnow patterns off the beaches such as the Los Roques flash minnow or a gummy minnow you can change the timid bonefish into a fry bashing streak of silver. Beware to use heavy breaking strain leader or you will lose a lot of flies as many fish are lost with the ferocity of the strike. As you wander along the beach with rod in hand look for the white lines in the grey mass. This will be a bonefish. As they cruise through the minnows they part on either side leaving a clear trail in the sand and a straight line to your target. Battled are fast and hectic as the fish head for deeper water when hooked in an attempt to cut you on the coral outcrops.

Off the dock amongst the hubbub of daily life that is Gran Roques one can often see huge bonefish milling around under the dock that quite simply take you breath away with their size, some being well into the mid teens. They seem to be completely un-phased by boats, swimming children and even fishermen…much to our annoyance! At the end of a days fishing there is nothing more fun than to try and catch a few with a rod in one hand and a cold beer in the other. Occasionally someone will get lucky and hook one of these monsters. However landing them amongst the boats and ropes is somewhat of a challenge! Heavy leaders are definitely needed in this case as some occasions it develops into a tug of war. 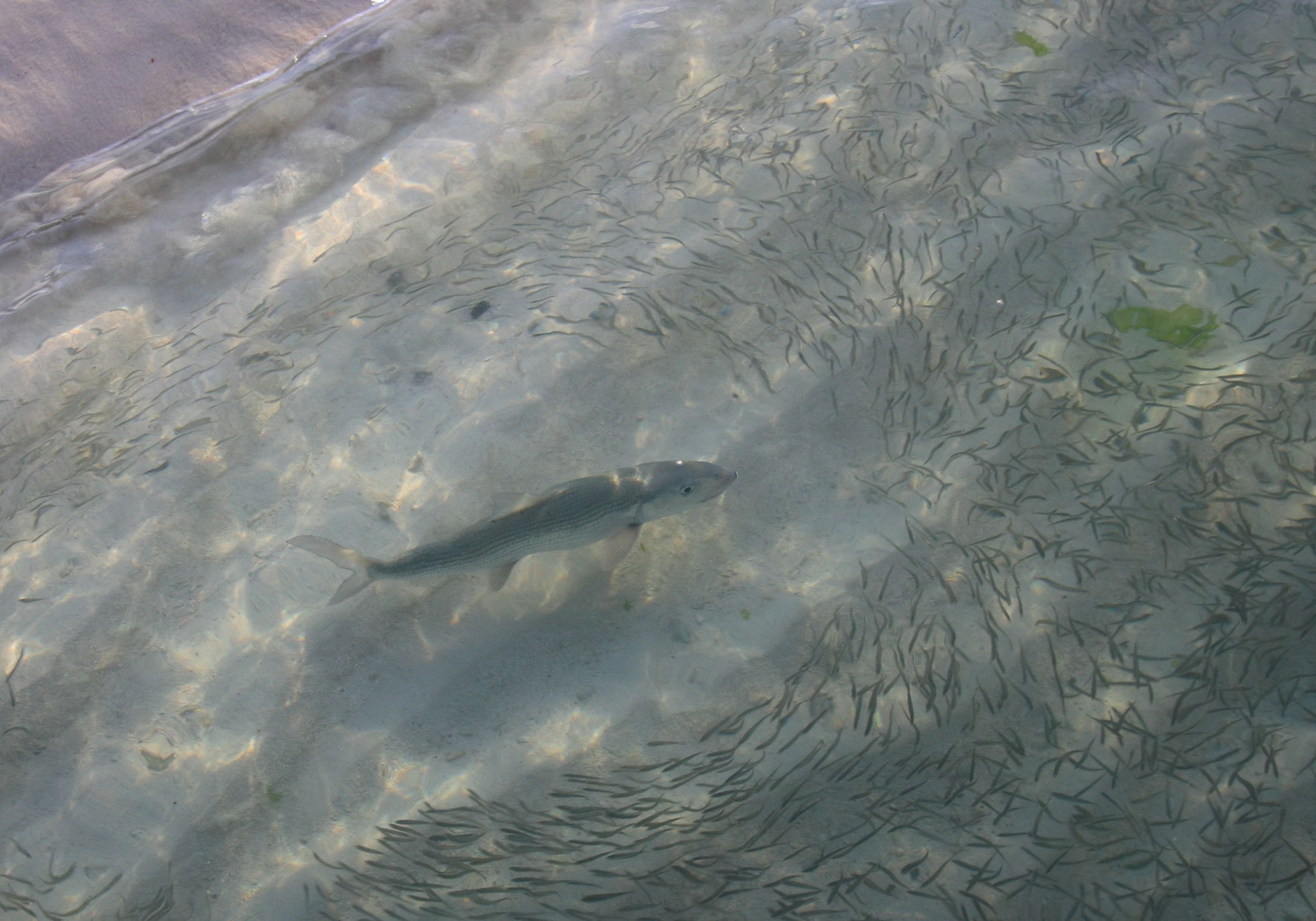 I also love watching the pelicans dive into the minnow shoals and then spot the bonefish trying to remove minnows out of their mouths like a pack of hyenas. In the picture below it is possible to make out the fins of a couple of large bones trying to make off with the pelican’s meal. This symbiotic relationship occurs all over the archipelago, and I have not seen it enacted anywhere else. 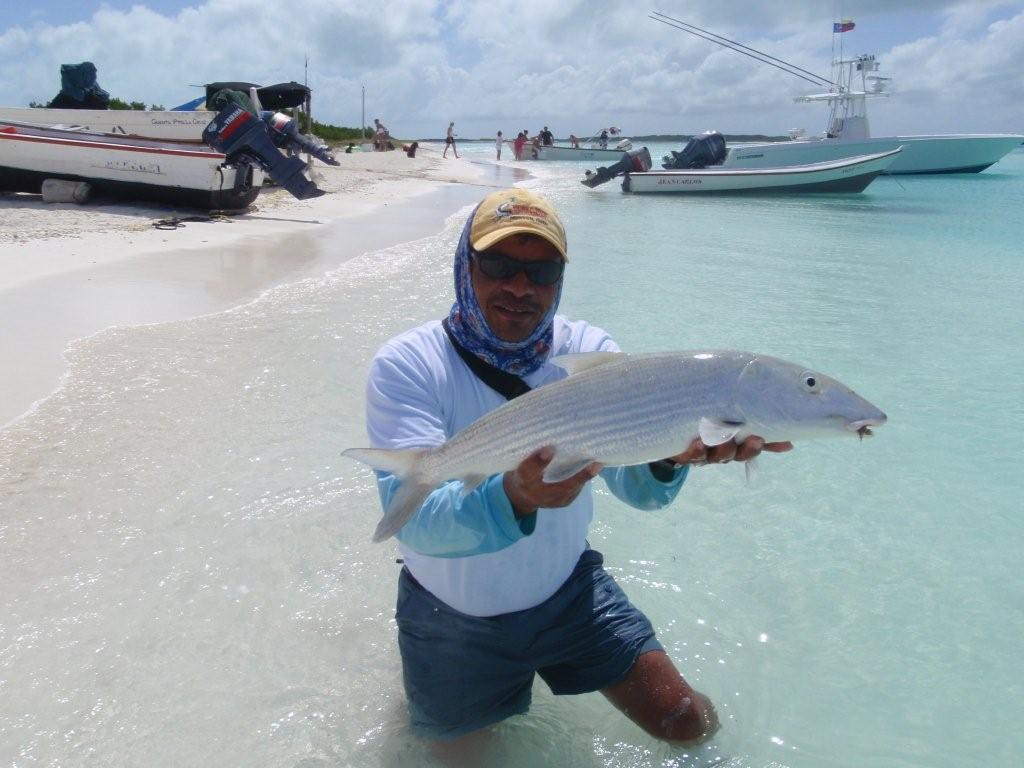 I remember one instance clearly in my mind’s eye after a long day on the flats. Having returned to the lodge I had wondered back out to the beach with some special floating minnows someone had given me. I cast it out amongst the pelicans and attracted the attention of a tern. The tern dived again, and I tweaked the fly away from it, a game I was getting quite good at. Each time it swooped on the floating minnow I continued to pull it away as the fly inched its way towards me standing high on the dock. I was standing on the L shaped pier in Los Roques bay, and as the sun dropped towards the horizon at the end of another perfect day I took another slug of beer before putting it down to concentrate as the tern was coming in for another attack. This time as it pounced on the minnow another massive dark shape appeared from below the surface and rolled up on the fly before disappearing into the cloud of minnows again. The tern squeaked, the line went tight for half a second and the fly was spat out. Too slow on the strike…… again.

If you missed the reasons why to go to Los Roques click HERE. If you are interested in travelling to Los Roques or for more information contact Peter McLeod or Alex Jardine or call our office on +44(0)1980 847389.