The day again started overcast and cloudy with some occasional spots of rain. I was paired with Rick Scott with Jesus as our guide. We ran out through to the spray to a small ocean flat I had not fished before. Jesus took Rick along one edge while headed down the other. The wind was quite strong, although Jesus made sure it was always on our back. I headed down the edge of the mangroves and turned out of the wind a beautiful little bay opened up in front of me. It was completely flat calm in the lea of the island and out of the wind. The water was crystal clear and very soon I began seeing fish. There was a huge amount of minnows in there and the bonefish were charging them in packs, unusual behaviour for the so called ghost of the flats. One fish struck the fly hard, but I did not manage to hook it. Rick hit a good sized fish out of a marauding herd as they came charging into the bay into the clouds of minnows and it ripped him well into his backing before being brought under control. 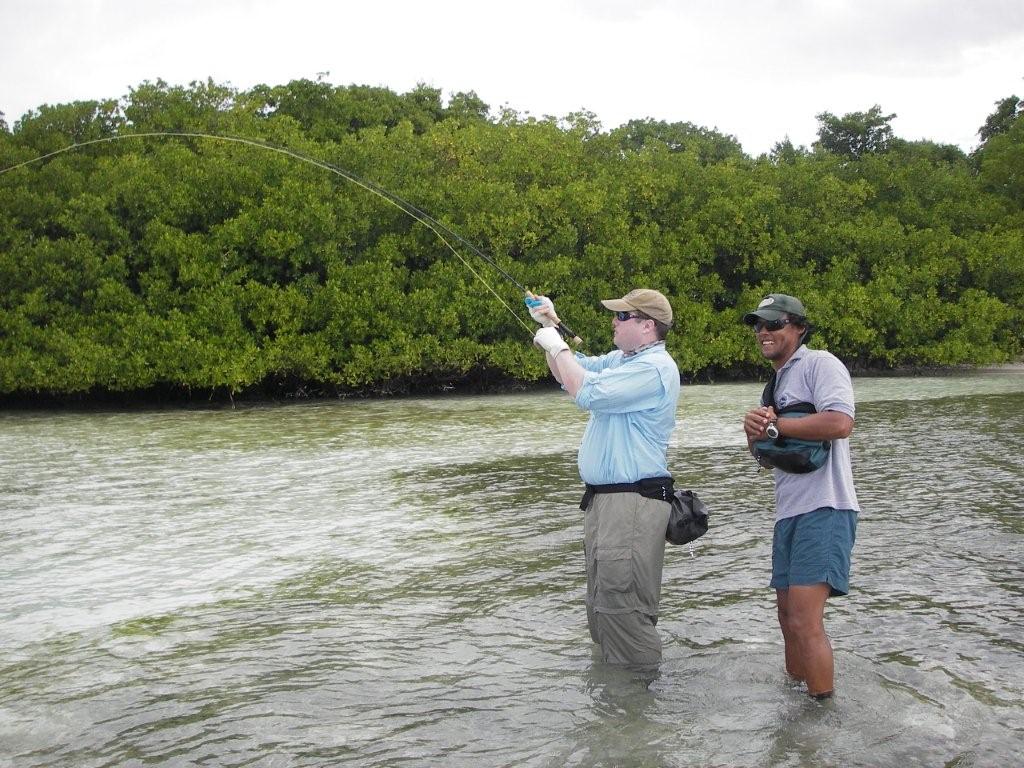 The tide had now dropped to a better height of water for the pancake flats so we motored over to see what was happening. Sure enough we were greeted by the sight of tails of happy bonefish on the edge of one of the pancake flats. These raised areas of coral covered in turtle grass are the perfect environment to stalk large bones in very shallow water. Rick picked up a good fish almost immediately with Jesus pointing out sign in the water miraculously. I only succeeded in stepping on a few for good measure, but did notice the tide was dropping fast and thought this may be contributing to their extremely spooky nature. At one point I practically had my face on the water as I inched back from a school heading towards me, trying to drop the fly well ahead of them and allowing them to come onto the fly. Almost as soon as I gave the fly a tiny twitch I was rewarded with a huge splash as the school spooked down the flat and left me feeling bemused.

After lunch with the flats in that condition we went off to check one of the beaches at Crasqui to see if they would be more productive. Almost immediately after landing a school of huge bonefish came charging down the beach to intercept a pelican that had just dived into the minnows. I cast a Burke’s hot flash minnow at them and had one come up and take it off the surface, but I was way to slow on the strike to hook up and the fish left with a departing splash. Rick missed another before I finally managed to connect with an extremely athletic 3 lber that took me a little while to gain control of. Even when the tide is not right for the pancakes the beach flats always produce fish, and Crasqui is a stunning white sand beach surrounded by azure coloured water. 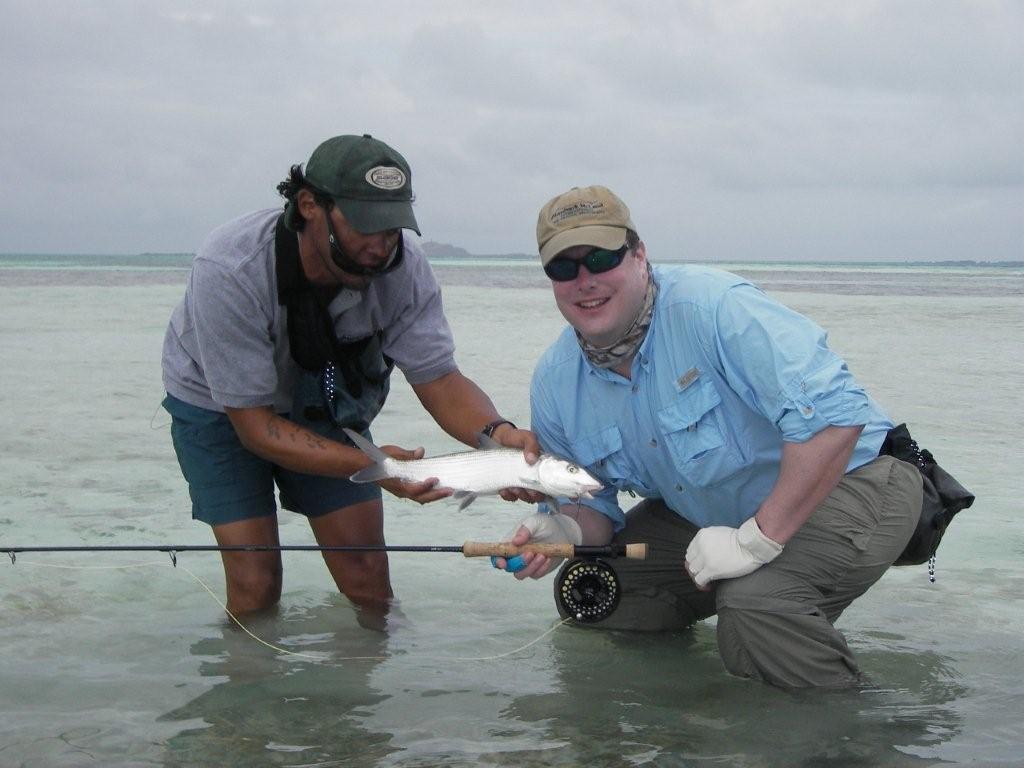 Jesus decided to take us to a secret little spot he kept up his sleeve for tough days, and having scrambled through some brush our little party arrived on a stunning white sand flat hidden away that I have never had the pleasure of fishing before. Having waded across it for no more than 10 minutes a small school of large than average size fish came sliding across the flat and I quickly switched from a minnow to a very small amber bonefish Bitters. Getting down on one knee to keep my profile low I flicked it out at rod length and let the fly sink. One of the fish trundled past and I gave the fly a small crustacean like tweak. The fish veered left before pouncing on the fly. I set the hook and before being rewarded with a sever buck in the rod as the fish tore off. I was immediately out to at least 50 yards of backing before I managed to turn it. This year I have been fishing with a 7 weight to gain a lighter presentation and I have really noticed the difference, especially in the fight! Shortly afterwards I landed a lovely 5 lber and we decided to call it a day. Jesus did well and showed us a lot of fish under difficult circumstances.