The next group on St. Brandon’s this season arrived on Raphael Island on the evening of the 3rd of May. After a smooth crossing onboard the two sport fishers, everyone including Ryan Hammond (one of the FCA owners) had high spirits and was excited to be there. It was easy to pick up that we had a great group on the atoll this week and we were eager to show them flats fishing of the highest order. 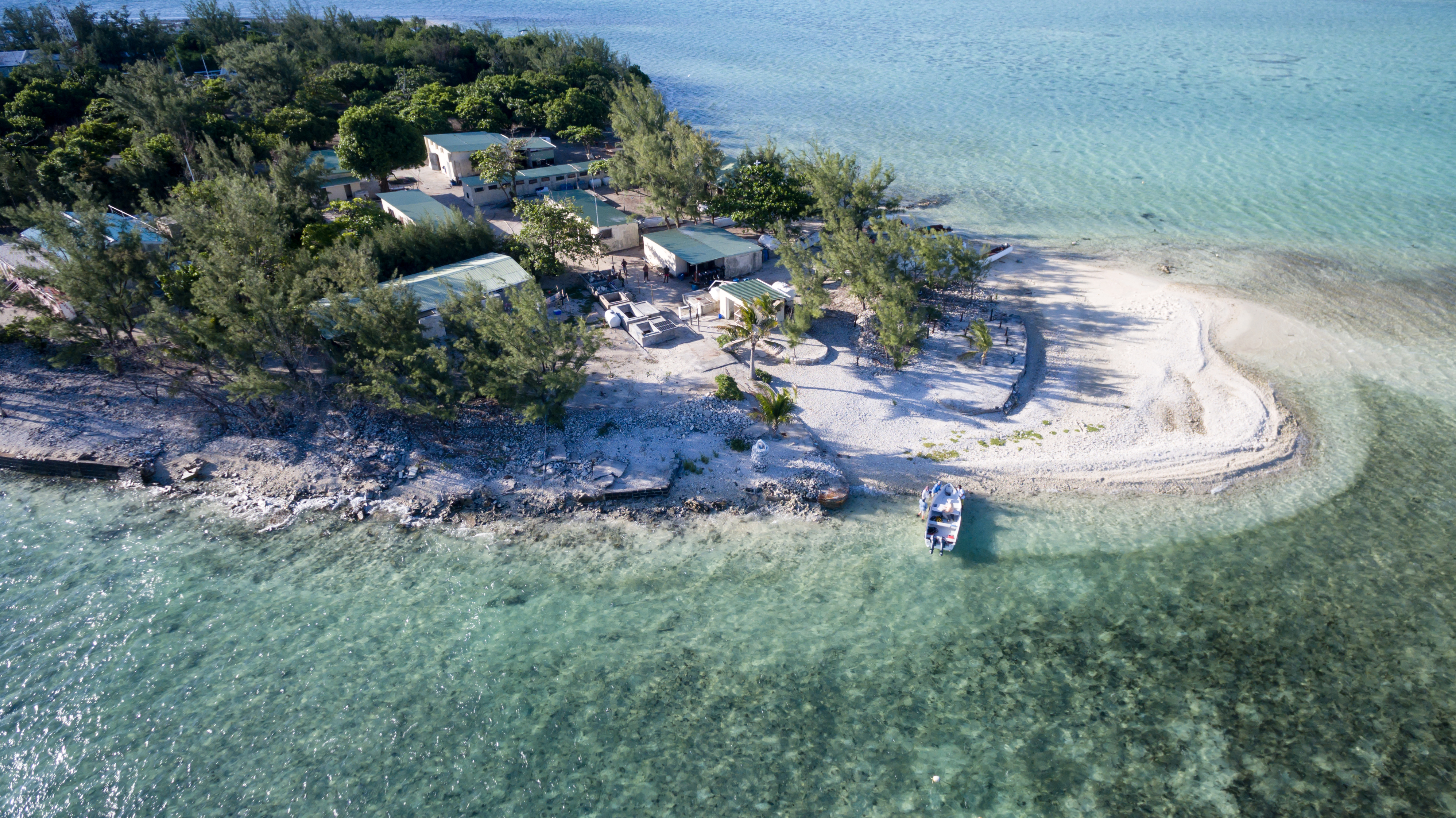 Day 1 started off very well, with the calmer than usual conditions enabling our guests to ease into their casting. Right off the bat, Rich Paini (owner of the Trouthunter situated on the famed Henry’s Fork in Idaho, USA http://www.trouthunt.com) showed his skill as an angler by making a great cast to a small beautiful Indo-Pacific Permit. The fish reacted to fly immediately and soon he had a prized 4lb Indo-Pacific Permit in his hands. What a way to start a trip! Kevin Despain came close too as he hooked a solid Permit before the fly popped out before the hook had been stuck firm. The rest of the group all cashed in as well, casting to and landing many solid Bones as they fed in super skinny water, some of the fish feeding with their backs out of the water as the flies were delivered. All round there were good shots at more Permit as well as the odd GT and Bluefin but unfortunately they could not be convinced to eat.

With the action of the previous day fresh in their minds and the calm conditions continuing the guests were eager to get onto the water and kick off the second day. Good numbers of Bonefish caught in super skinny water on the low tide provided a great start. It really was a sight to behold as fins and tails broke the oily slick water. Rich Paini continued on his merry way and improved on his Permit from the previous day when he landed a very special 10lb Indo Pacific Permit as it tailed along a coral edge. A St Brandon’s trophy that later that evening earned him the coveted Red Cap. Terry Graham landed a solid 12lb Golden Trevally and there were good numbers of smaller Bluefin Trevally caught throughout the day. Many more opportunities at Permit were seen on the day with three more being hooked but unfortunately the fish had the final say.

The calm conditions persisted on Day 3 and so did the good fishing. The Bonefish were out and about feeding in large numbers, our guests getting stuck into some great action. Kevin Despain landed his largest Bonefish to date with a solid 7lb fish. There were also shots at Permit and Bluefin Trevally but they could not be converted. The GT’s were out in good numbers but sadly no shots within range presented themselves. Amy Roberts had a great day with the highlight undoubtedly being her first Indo-Pacific Permit.

The customary wind however returned to the Atoll on Day 4 with a stiff South Easterly blowing. The good skinny water Bone fishing continued with all the clients getting stuck into it. While fishing to some Bonefish and Permit, Nicole Despain saw a large GT moving up from deeper water. With no 12wt within reach she threw caution to the wind and cast a crab pattern at the fish on her 10wt. As luck would have it the huge fish casually swam up to the fly and engulfed it. The line went tight but sadly soon parted thanks to fish’s superior weight and power. A sad occurrence on one hand but a real treat to witness such a delicate eat from such a ferocious predator.

The wind increased slightly on Day 5 but the great Bone fishing during our low water periods continued. So much so there is no doubt in our minds that St Brandon’s currently offers the finest Bonefishing on the planet! The high tide however also brought with it some of the larger predators on the atoll. Millie Paini got a large GT to take her NYAP fly while fishing to some very large Bluefin Trevally, sadly though the hook never got the right amount of purchase and the just popped out. Our condolences Millie…..next time for sure!

The wind experienced during the previous 2 days picked up heavily during the night and by the morning of Day 6 it was blowing at 35knots and gusting at 40knots. A safety call had to be made and due to the lagoon being so rough, none of the boats could go out. Thankfully our newly revamped guesthouse sits on top of three productive Boneus and Permit flats. These flats may not always offer huge numbers but they are well known for offering 8-10lb Bonefish and some very good Permit fishing. The wind persisted on Day 7 and as such we remained in the north, fishing to large single and double Bones as well as some solid Permit and Bluefin.

As it turned out this would be the theme for the next couple of days as a high-pressure system had developed south of Mauritius making a crossing back to Mauritius impossible. So with the help of some flight changes and a very easy going group, everyone made the most of it by enjoying our peak fishing sessions as well as the island’s local brew for an additional three days whilst we waited for the sea to calm. Some great fish were caught during these ‘bonus days’, Millie Paini landing a bus Bonefish, so too did Kevin who topped his previous personal best. Finally with the light fading fast, Ryan tussled and landed a solid 10lb Permit just above the guesthouse which capped off a truly unforgettable week with our new bunch of great friends!