With the summer trout fishing season now over in the central North Island and the fall and winter action now hotting up, Tongariro Lodge Head Guide Tim McCarthy reflects on how the summer fly fishing shaped up.

We had a cool wet spring with even a touch of snow in the mountains during early January. Summer finally arrived in February and with it came the cicada hatch. This turned out to be one of the strongest hatches for quite a few years and provided excellent dry fly fishing for the rest of the season. 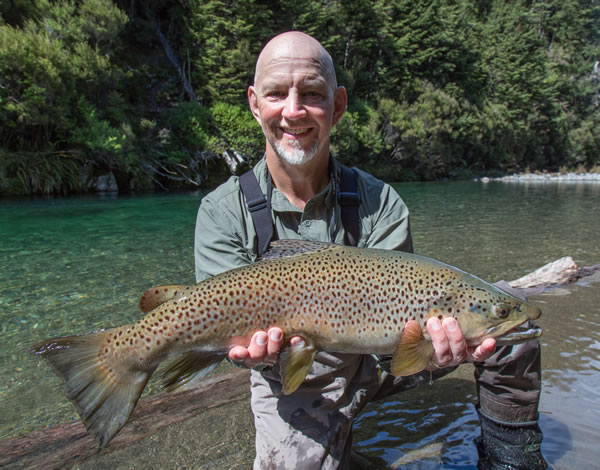 The spring fishing this year was great. It started in the best way possible for us, with some really strong late runs of trout entering the Tongariro River during October and November. These hard fighting bright chrome rainbows gave our early anglers some great sport mainly on the nymph and 15 to 20 fish days with an average size of 4 to 5 lbs were not uncommon. One angler landed 34 before 3pm! 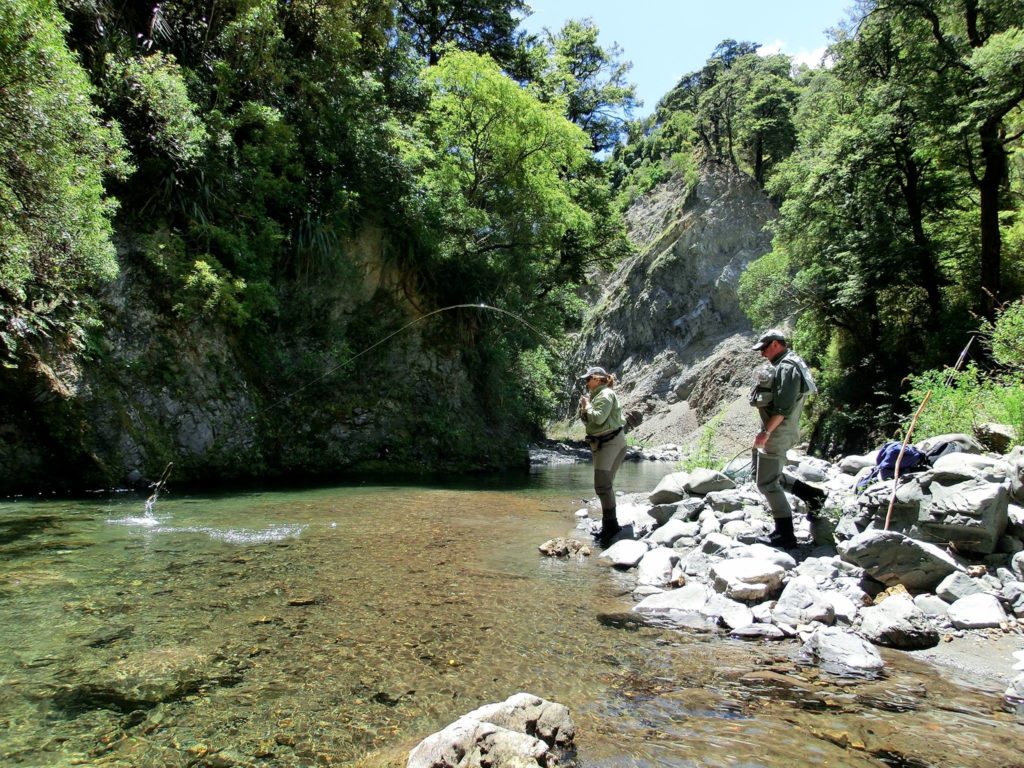 This late run of rainbows was to provide another highlight for us. Many of these trout run up into the Tongariro Gorge where they remained for most of the summer. This part of the Tongariro River opens on the 1st December and is only accessible by white water raft. It runs for 14 km and is some of the most pristine fly fishing water in New Zealand. The trout fishing our guests experienced in ‘The Gorge’ this year was the best I have seen in many, many years. Early season mayfly hatches were good, but once the cicada hatch kicked in things just got crazy. We can only hope for a repeat next year. 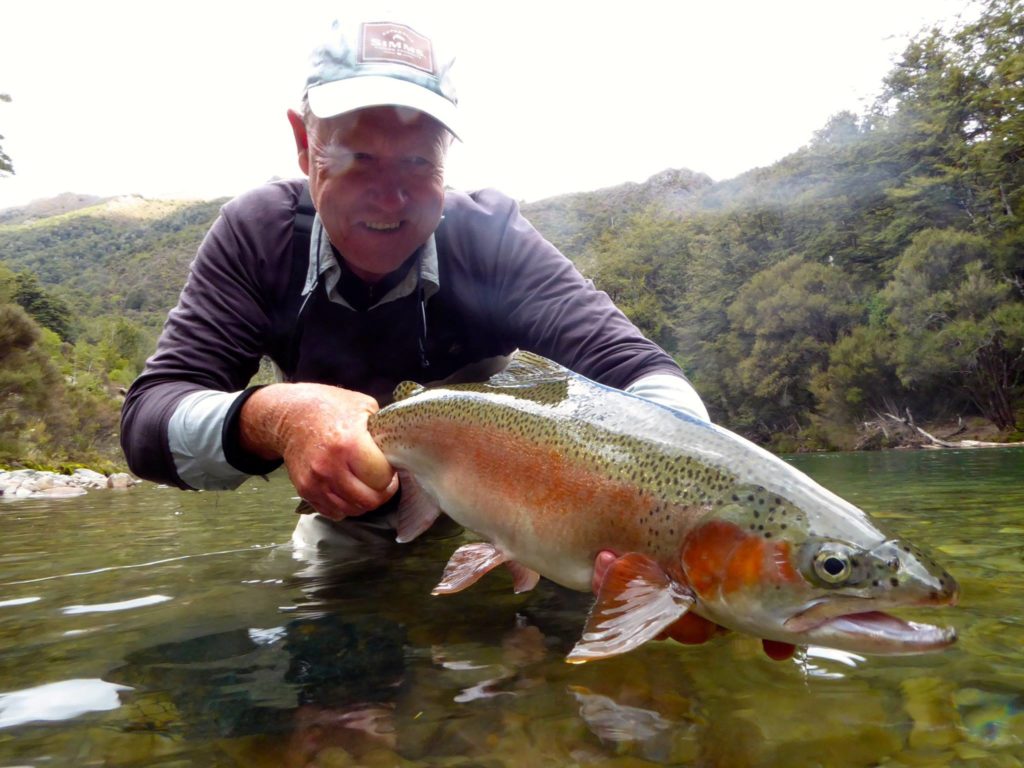 With all the weather we experienced during spring, the back country and wilderness fishing did not really get cracking until after Christmas. This must have given the trout some extra food, with the extra water, as the condition of the trout on these streams was fantastic. Several rivers saw the average size around 6 lbs with many approaching 8 lbs. These rivers also had excellent cicada hatches on them providing dry fly fishing that anglers will travel the globe to experience. These cicada hatches finished by early March, but with the trout feeding on so many naturals over the previous weeks we were able to get rising trout right through until early April.

The Tongariro River has again provided the best trout fishing in the area. It has provided great fishing from early spring until autumn but also our largest fish of the season. We had several anglers land double figure brown trout again this season, often only a few kilometres from the lodge. One of the largest trout caught in many years was taken 4 weeks ago by a local angler — a 15 lbs brown. I guess this is why Tony Hayes built Tongariro Lodge on this location over 30 years ago. 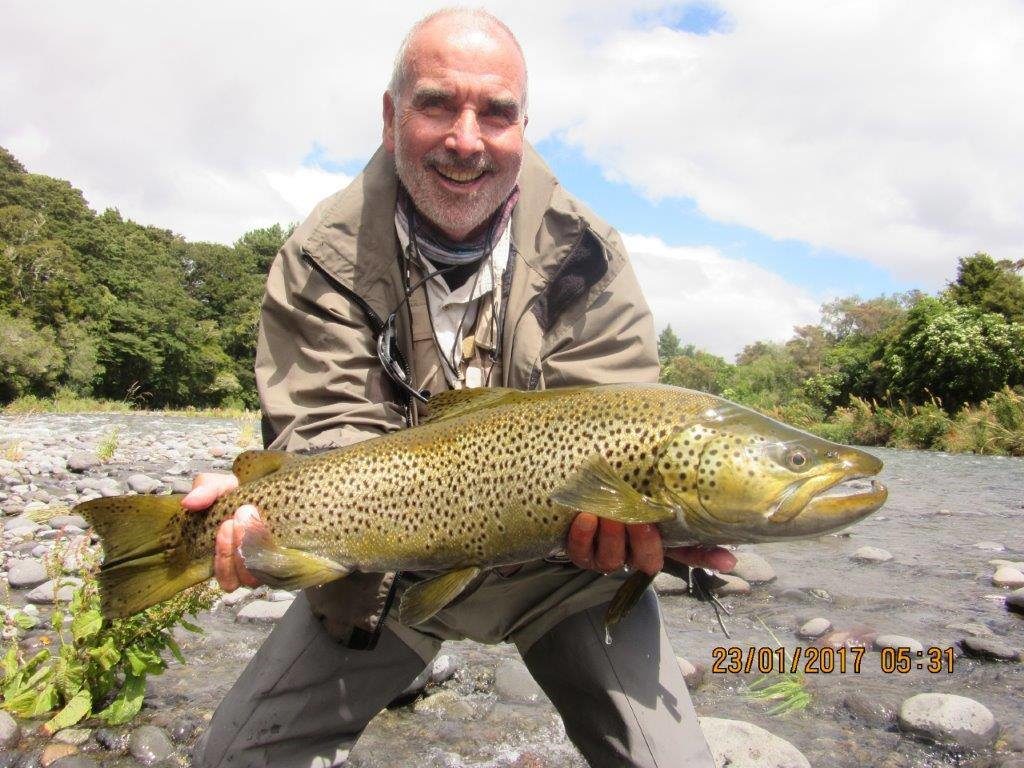 I would like to thank all the anglers who have fished with us over the past summer and hope to see you again in the near future.

For more information about Tongariro Lodge and fishing in New Zealand please contact Alex Jardine or call our office on +44(0)1980 847389.