The river fly fishing season varies slightly depending on which part of New Zealand you are fishing in. For Owen River Lodge at the top of the South Island the trout fly fishing season opens on the 1st October and ends on the 30th April, which means that the season starts in spring, moves through summer and ends in the autumn. Each season offers the chance to see, hook and land big wild brown trout. 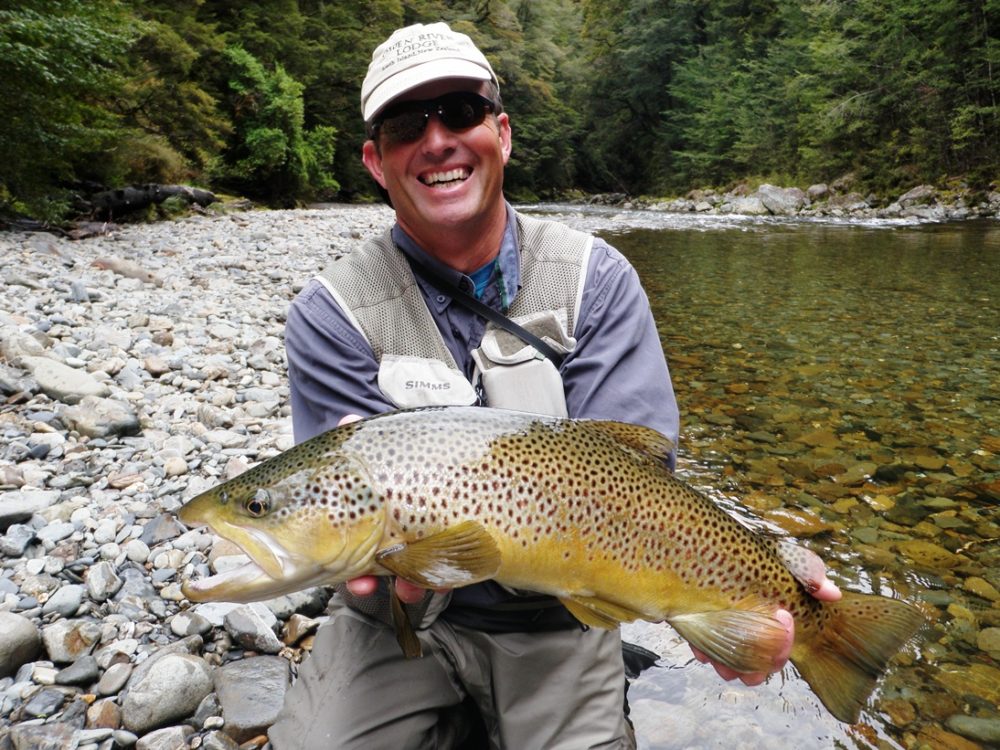 The early season fly fishing in New Zealand has some advantages and disadvantages. On the very positive side, the fish have not seen an angler for five months and there are only a few anglers about at this time.

Some of the rivers that the lodge access will be running high due to recent rain and this can make crossing some of our larger rivers challenging. However, with over 26 rivers to choose from (within a 90 minute drive) you will normally find a wonderful stream to spend the day on fooling an early season fish or two.

It is early in the season that the brown trout in this region seem to love big nymphs; the stonefly is a classic early season fly. The fishing is still very much casting to sighted fish, with rivers such as the Owen usually having mayfly hatches on a sunny afternoon. Typically early season will see you fishing 50% of the time using a dry fly. The weather this time of the year can be changeable, so it’s always an idea to pack your dull-coloured rain coat.

The summer – December to March

The summer in New Zealand is the busiest time to fly fish on the rivers as it is classic dry fly fishing at its best (busy being a very relative term). The river levels have dropped and the weather is usually quite warm and stable. The sound of cicadas fills the air and the brown trout seem to spend a lot more time looking up for a tasty morsel to float by. Typically, 75% of your fish will be caught using a dry fly; Cicada, Blowfly or Adams patterns work really well. Owen River Lodge will combine their great experience and numerous river access points to take you away from other anglers and take you to big hungry trout. The 2019/20 season is set to be another big mouse year, this is when the big trout feed ferociously on small rodents. 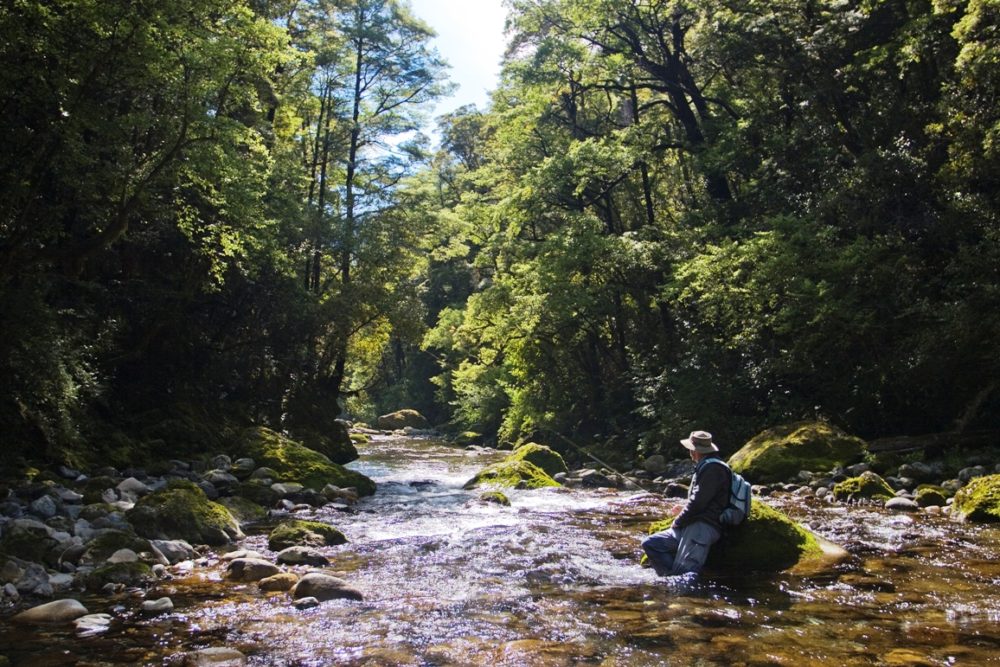 April sees the weather cooling and this in turn sends a message to the brown trout that it is time to pile on weight in preparation for their spawning time in June. Mayfly activity increases so it is parachute adams and small nymph time. The weather is less stable than high summer, but the good news is that there are very few anglers on the river and thus any angling pressure is greatly diminished. 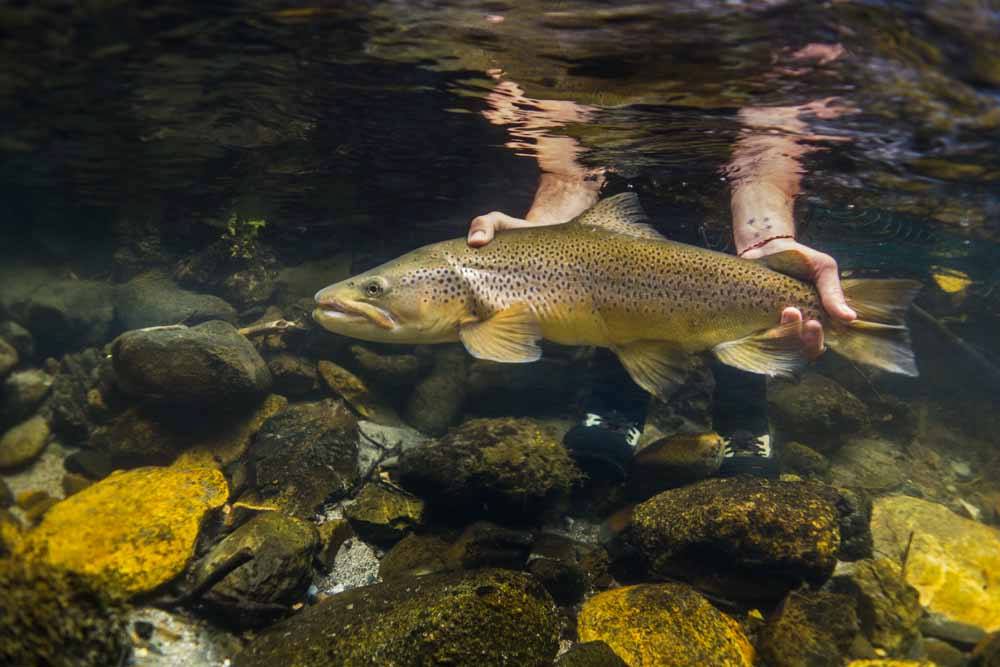 Owen River Lodge has for a long time been one of the bench mark fly fishing lodges in New Zealand, and rightly so. It has maintained this opinion by constantly updating and improving its facilities to make sure anglers have the best trip possible.

For the 2019/20 season all rooms have had new luxurious beds installed along with new air conditioning units so that you stay comfortable during the heat of summer. WiFi access has been improved throughout the lodge to provide a faster service.

There has also been major extensions to the gardens to increase the range and quantity of fresh food produce that is grown and provided on site. 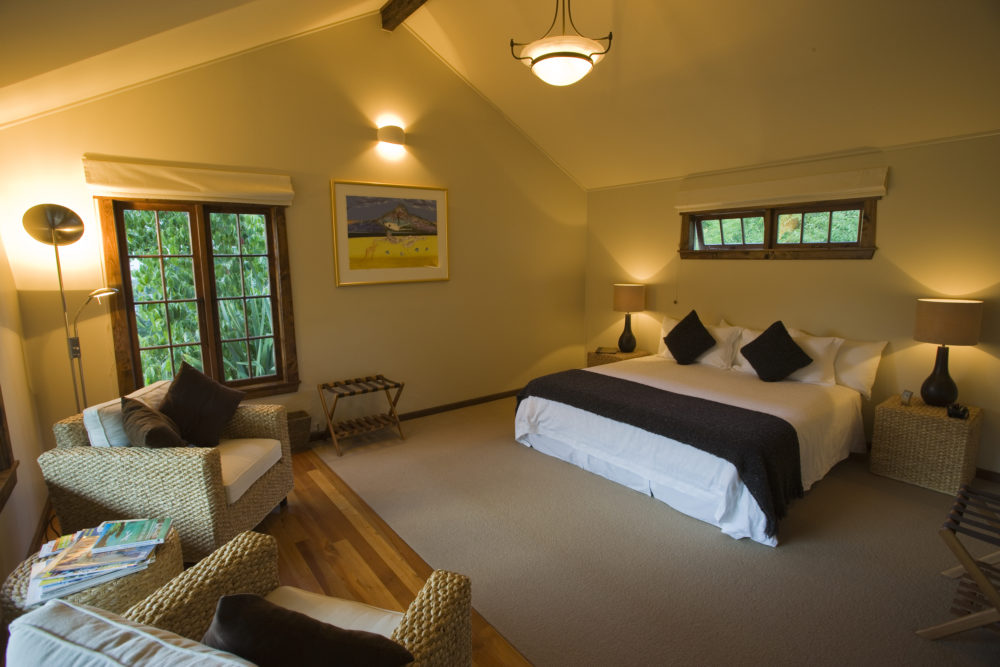 For more information on fly fishing in New Zealand and Owen River Lodge please contact Alex Jardine or call our office on +44(0)1980 847389.