Salmon fly fishing is a hugely weather and water condition led pursuit, and with extremely high water conditions in Norway in 2017 followed by record lows in 2018, we have been delighted to see conditions in 2019 just about average for where they should be. Most rivers have seen good runs with many hitting their 10 year averages for this stage in the season. 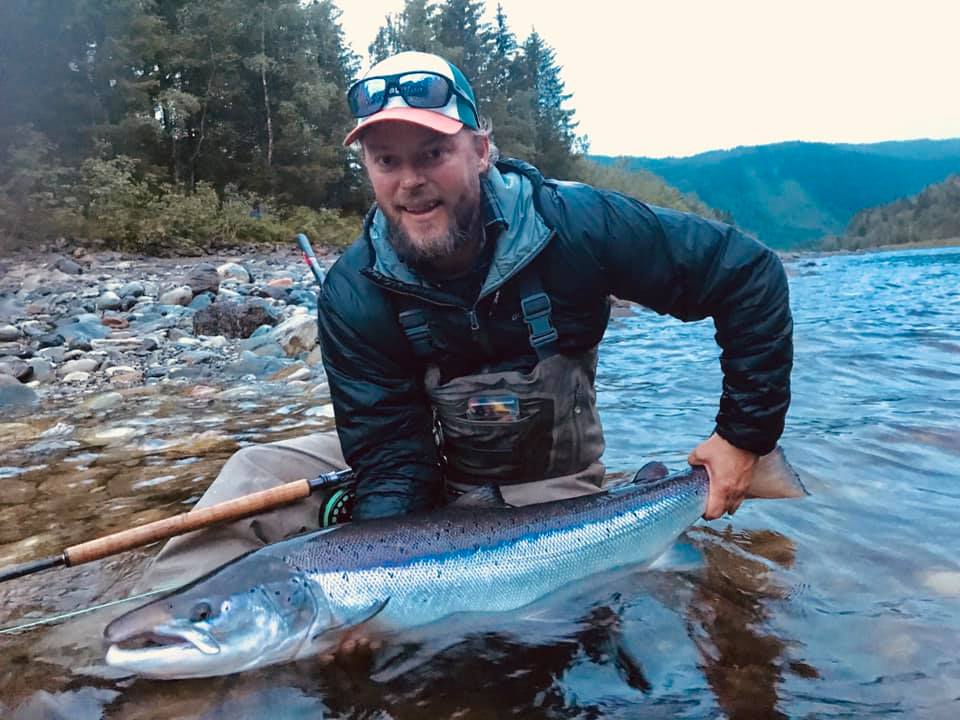 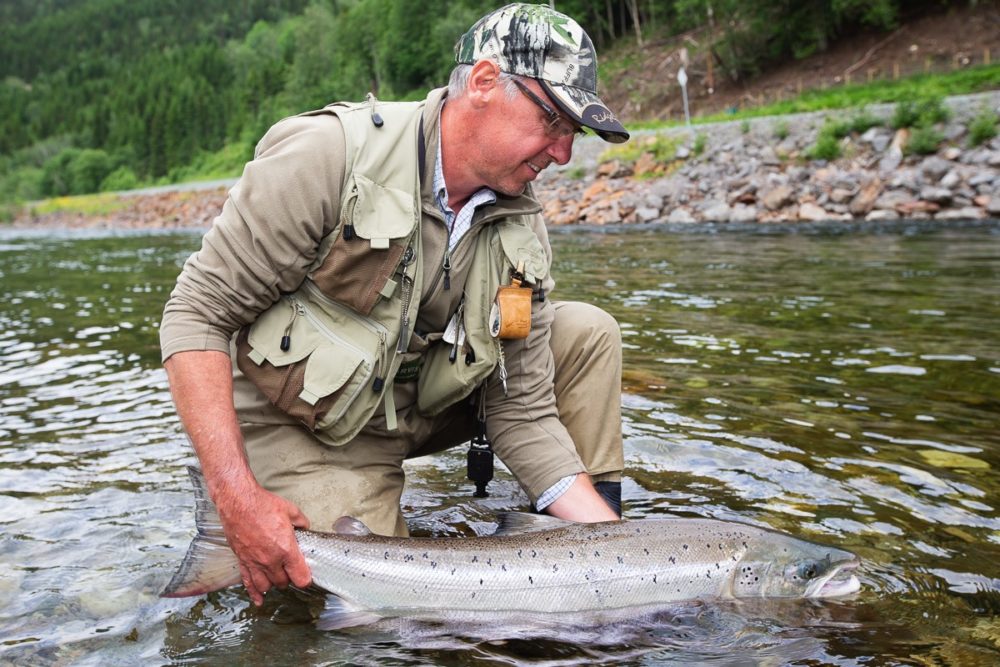 The final week in June finished on 12 salmon to the 8 rods with the largest fish taped at 117 cm. With the wet weather that has been around the river has received regular spate to keep fish moving up and more spells of rain forecast we are expecting good things for July. 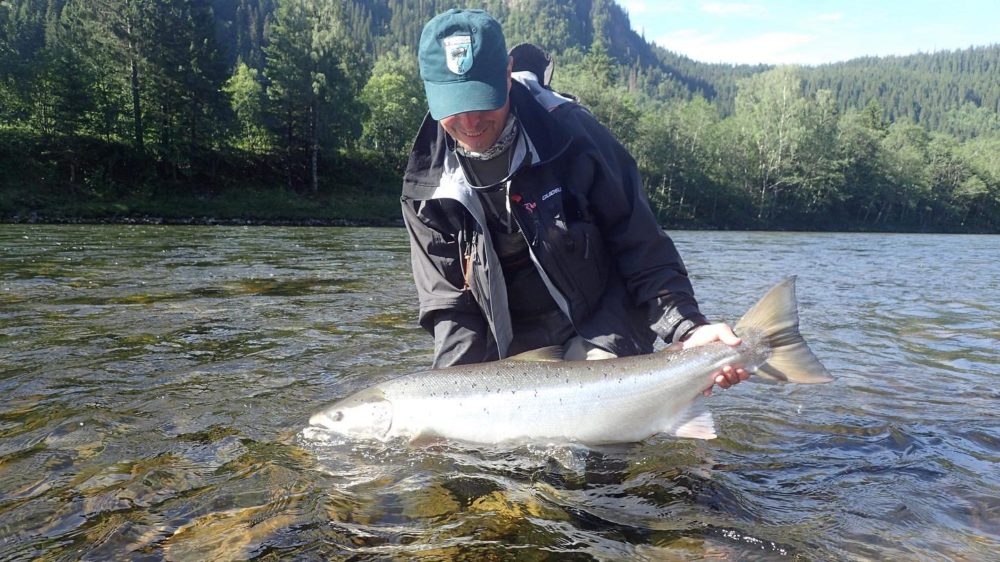 The typical high water of early season combined with the great run of bigger fish has seen a few battles end in heartbreak. As we enter July river flows are continuing to hit the average for where they should be and perfect for fishing with the fly. 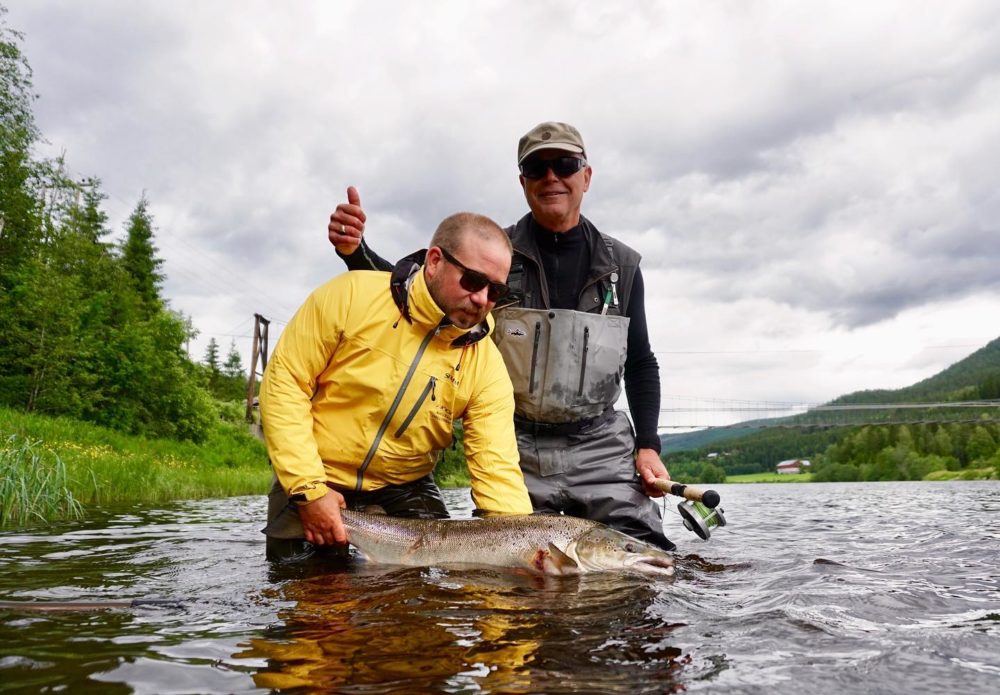 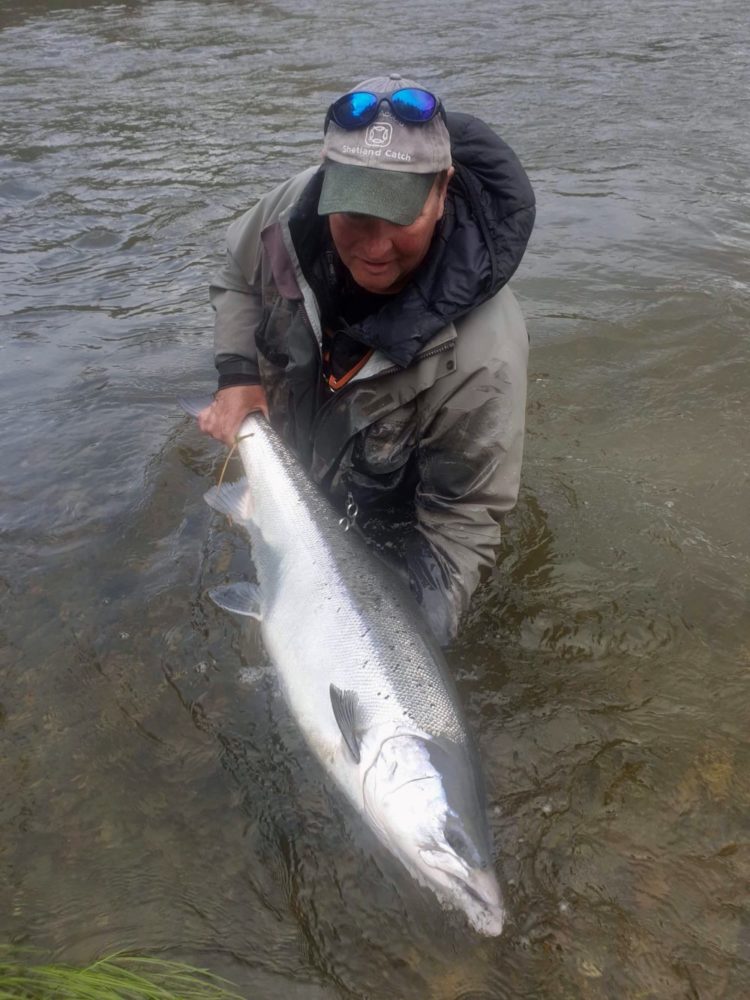 The biggest fish so far was just over 30 lbs but given the average sizes seen elsewhere throughout Norway we expect it will not be long until some giant salmon start being hooked.

The first anglers have been enjoying various updates to the lodge and the fishing, with the new drying room a hit. Anglers are also able to explore seven different beats with the lodge offering more pool variety through the week.