Week 26 started after our welcome dinner on Sunday evening at the Norwegian Flyfisher’s Club. The water level was slowly dropping during the weekend to a rather moderate level and actually warming up. But then it started raining Sunday evening and we expected the river to rise again quickly. Regular guest Bruce Bomphrey caught the first salmon of the week on the opposite bank of the Lodge indicating that there were many fish on the move. 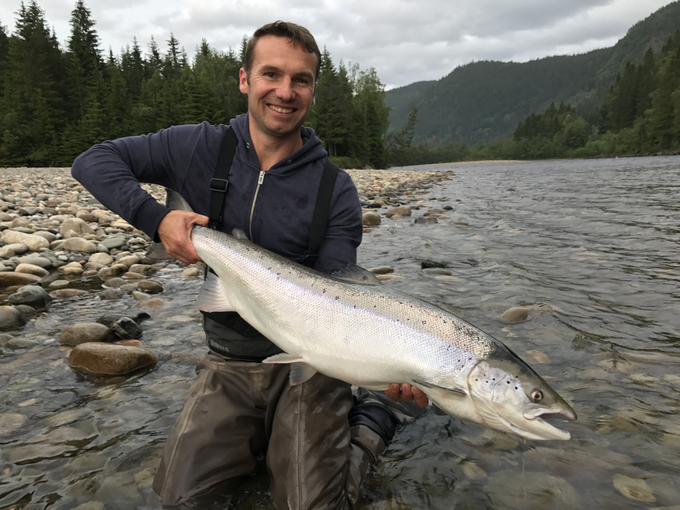 NFC’s Daniel Stephan fished Beat A1 on Sunday and only needed 20 minutes of fishing to land his first salmon of the season of 10.4 kg (22.9 lbs). Unfortunately the fish was bleeding and had to be kept. 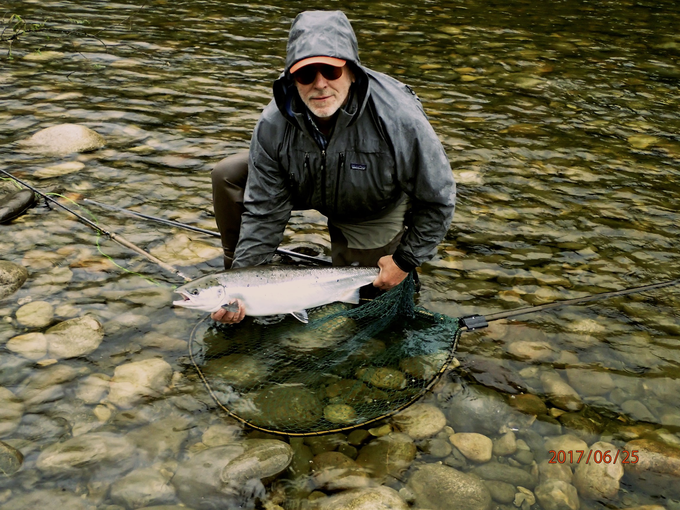 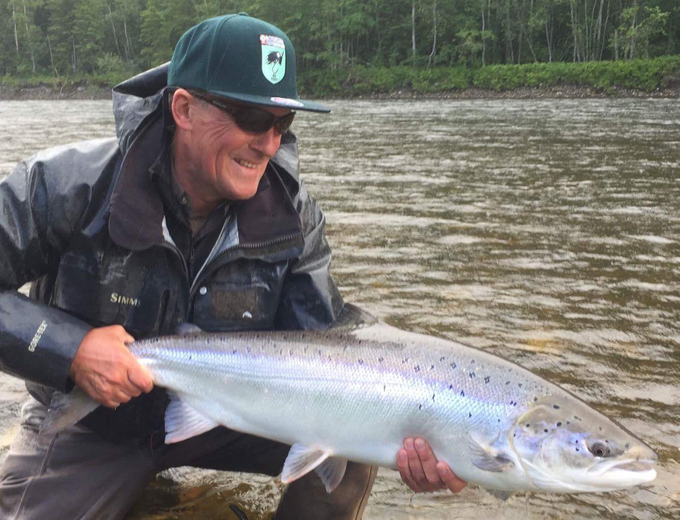 That night, Mortan Carlsen from the Faroe Islands fished Beat A1 and caught two salmon of 100 and 83 cm. 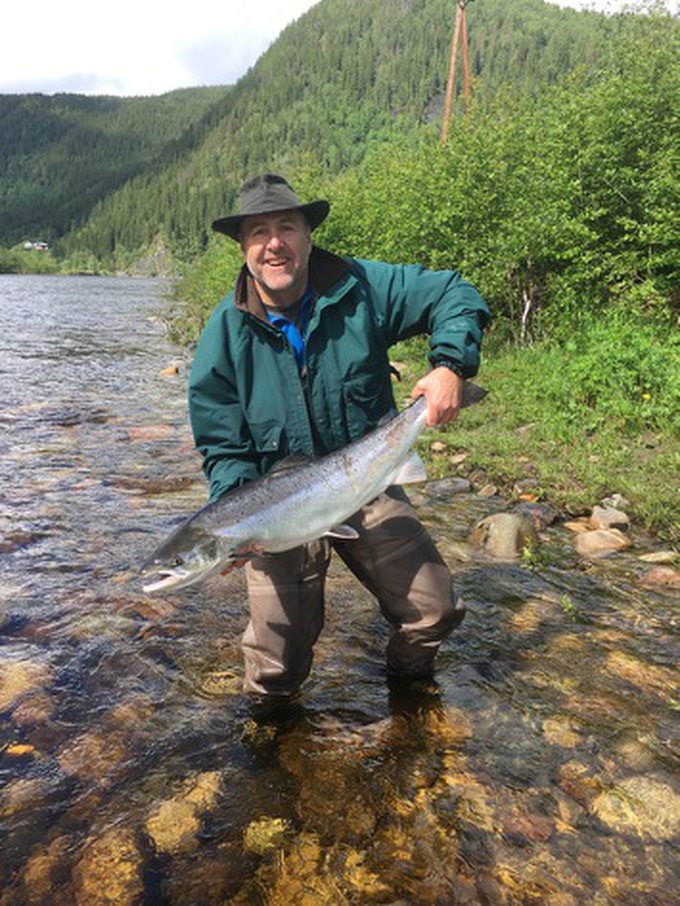 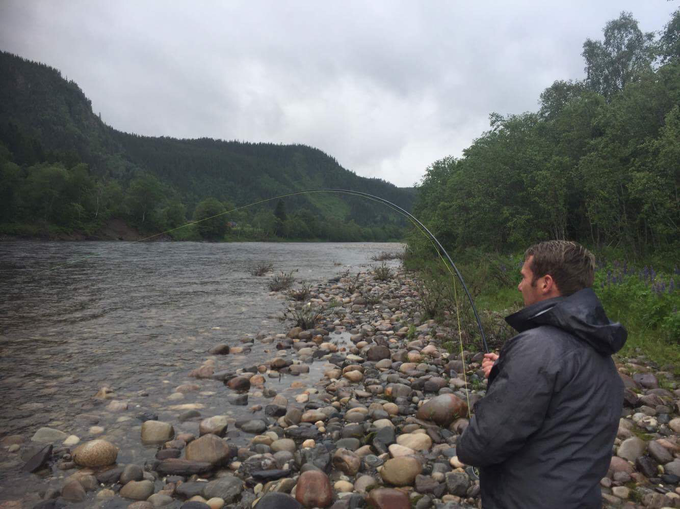 A lot of fish were moving the following day giving Mortan and Daniel a great session at noon on Beat G1. Daniel caught and released a 4 kg (8.8 lbs) salmon just before he hooked and fought a 2nd fish, which he released. 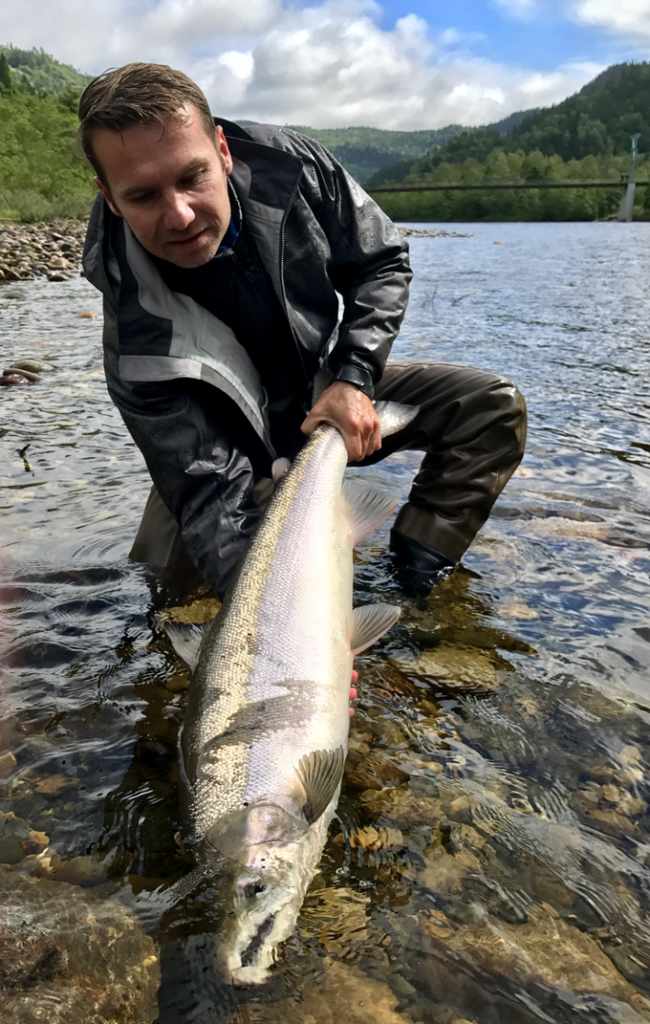 Shortly after Daniel released his 2nd fish Mortan hooked another nice fish on the same Beat, this time 97 cm. 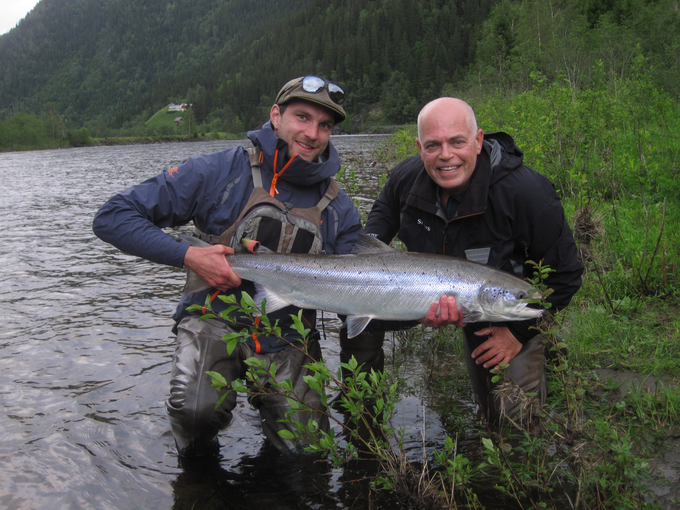 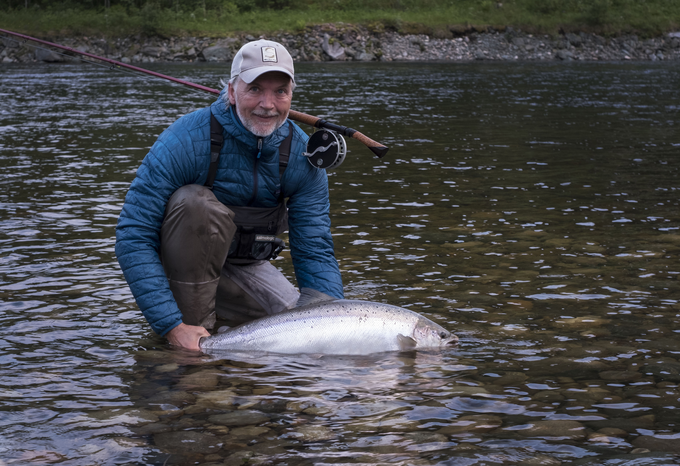 Well known salmon Angler Henrik Mortensen from Denmark had a great week fishing with us and started his week with two great fish on Beat A1. The first fish weighed about 8 kg (17.6 lbs) and the 2nd was even bigger and estimated to weigh 11 kg (24 lbs). 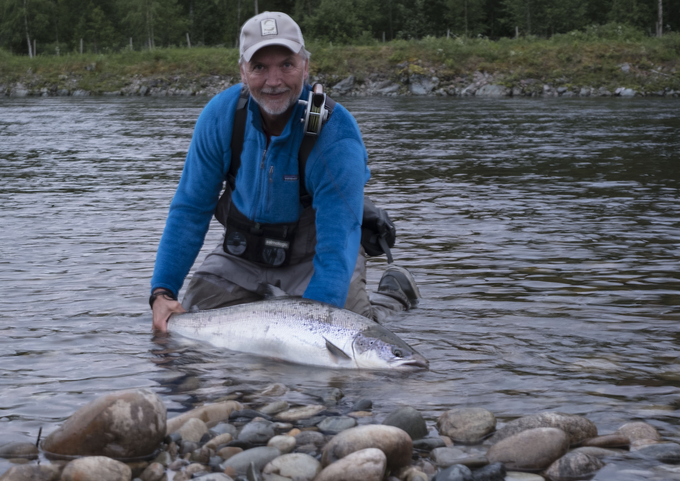 On beat BS2 our American guest Bob Colson was able to catch and release a great fish of 105 cm, sadly we don’t have a picture as he was fishing on his own. On the same morning Australian Charles Barret caught and released another fish of about 5 kg (11 lbs) in G1 and also photographer Matt Harris was lucky again on his short visit and got a nice 6 kg (13 lbs)  fish in the very same Beat.

Bob Colson tested fishing on the E-beats even though it had been a bit quiet downriver. With fresh fish coming into the river, he was able to have an excellent session with a grilse lost and a 7 kg (15.3 lbs)  salmon caught and released at Beat E2. 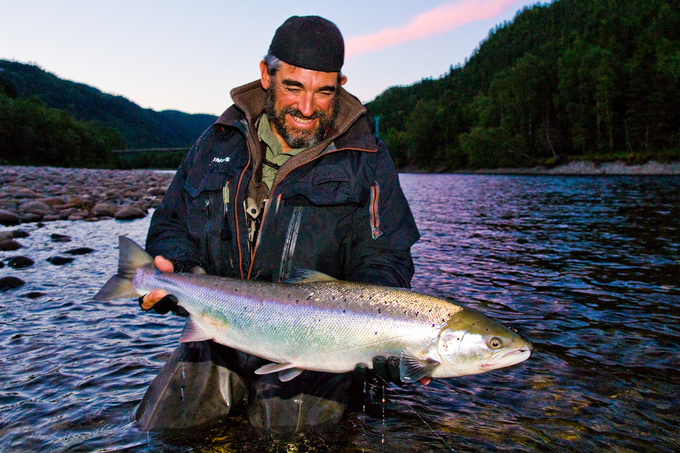 During Sunday morning Henrik Mortensen decided to fish downriver and caught the biggest salmon of the season on NFC waters so far of 114 cm and about 15 kg (33 lbs) – it was a big and fat hen fish. He was on his own and could not take any pictures and also those fish are important to release quickly as they are the future of this wonderful river. As usual, Mortan Carlson catches a good number of fish when he is visiting us – he finished his week with a 6 kg (13 lbs) salmon on Beat BS1 and a large grilse of 68 cm from the E-Beats. It seems like a lot of fish are coming in these days as our fishermen reported seeing many fish in the lower river – really good numbers of all sizes of fish. These next days should be very exiting!

We will keep you updated.

For more information about the Norwegian Flyfisher’s Club and salmon fishing in Norway please contact Alex Jardine or call our office on +44(0)1980 847389.