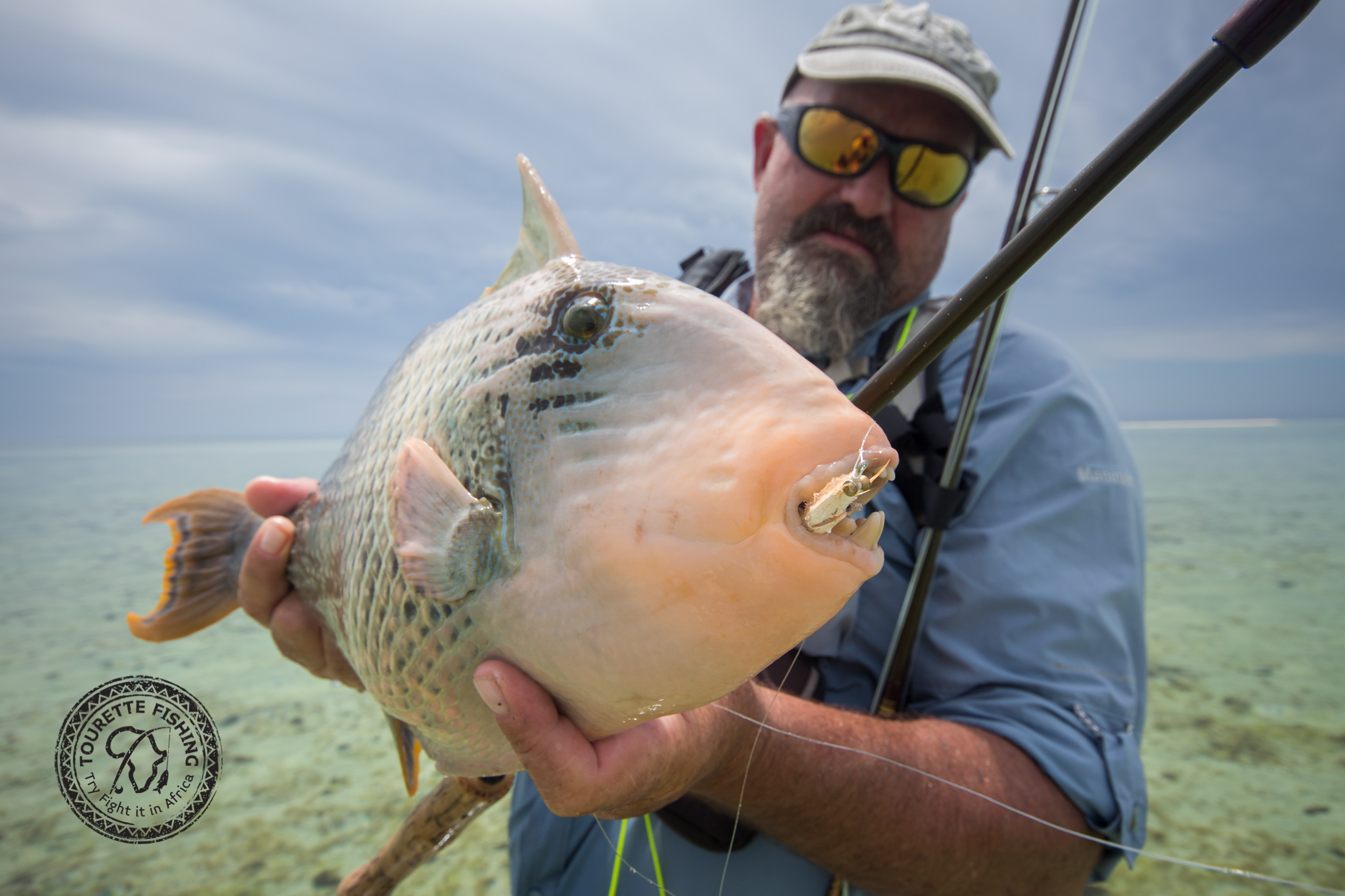 After a short two week break, the second stint of the 2015 Nubian Flats season kicked off again, and to say that we were excited to get back out there is a huge understatement.

For Week 5 of the season we were joined by a group of friends of South Africa.

The weather forecast really looked good with only 5 knot winds predicted for the week before dying down completely towards the end of the week.

The first morning we woke to a slight breeze and clear skies and as planned, we headed out for the whole day. Upon arriving on the flat, it did not take long before the first tailing triggers revealed themselves. Most of these triggers were pretty aggressive and with a delicate approach were interested in almost all the fly patterns we cast at them. August managed to land two very nice triggers in the process and although we hooked a few more they unfortunately got away. Some medium size bluefin were in the area as well and kept the guys entertained. We finished the day off teasing in the low light and raised some really good sized GT’s and bohar snapper but unfortunately no one could convert. 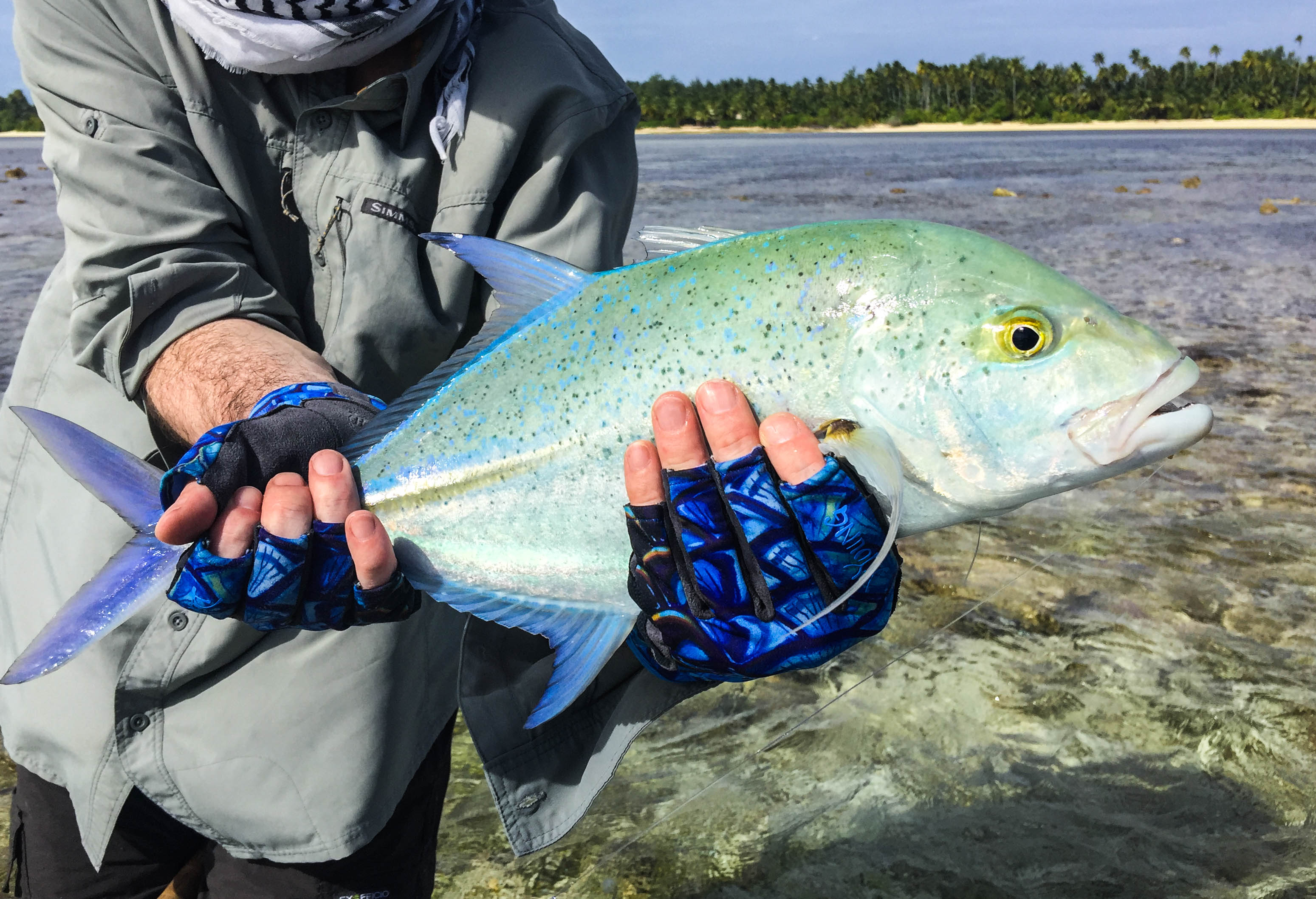 The second day the weather improved even more, glassy water and no wind, rendering the day almost completely calm. One boat headed out to the PlayStation while the other headed back to the Big Island for the day. We quickly found triggerfish in crazy numbers and some really good sized ones as well. However, as with any trigger fishing, they weren’t handing out any gifts. In almost near perfect weather, ones approach and presentation had to be top notch, almost extra-terrestrial level like. We had countless opportunities but by the end of the day, the triggers won the battle and left us empty handed. Again we finished off the day with some teasing but only managed to raised a couple GTs and the odd bluefin.

Over the next three days some heavy clouds rolled into the area and made sighting fish extremely tough in the early morning, especially with the extremely glass conditions. We still managed to find a good number of triggerfish tailing, but as soon as they dropped their tails they went completely out of sight. All was not lost however as by lunchtime each day the clouds would burn off and we found ourselves surrounded by countless triggerfish, both titan and yellow-margined specimens. They were being slightly fussy, although Shayne and Simon kept the scoreboards ticking over and brought some nice triggers to the net. One of the highlights was when we managed to stalk right up close to an estimated 25lbs permit tailing in skinny water, in the overcast conditions. The fish was tailing hard, but lady luck was not smiling on us as before we could get a cast in, a bird flew in low and spooked the fish. 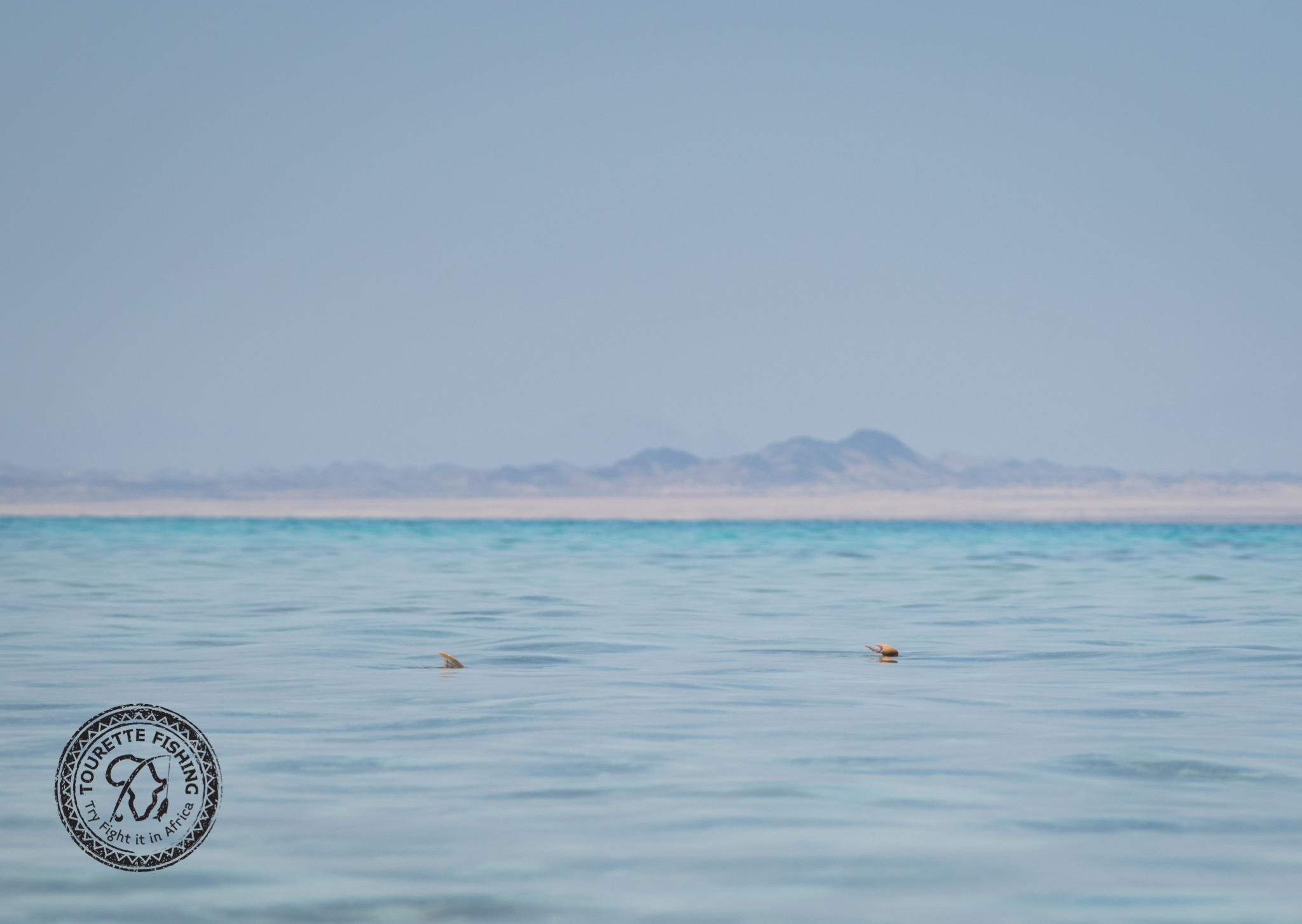 Some guys opted to fish offshore during these lowlight conditions and caught some really nice Spanish mackerel, barracuda along with some yellow spot & bluefin trevally.

On the finally day the sea was completely flat and not a breath of wind or clouds in the air.
Both boats headed back to the western side of Big Island for the day.
It was not long before the flats were crawling with triggerfish again and we had fish tailing all around us. Two to three fish tailing right next to each other and at some stages the guys were almost spoilt for choice at which fish to cast at. The triggers however were still not handing out any gifts and if the fly was not presented delicately, they gave you the fin before darting into the distance. We did manage to hook into some very nice yellow-margined trigger but the fights always ended with a mangled hook or broken tippet.
In between all the trigger tails we had shots at some very big GT’s but failed to convert any of these. The sight of a meter plus giant trevally coming right at you in knee deep water with speed, can be very unnerving. It’s not always about the fish you land though and being granted the privilege to witness these spectacular beasts hunting in such shallow water is an absolute wonder of nature and left everyone in awe.

We finished the day off with some mind blowing snorkelling before heading back to the Port, bringing a very fun week to an end. 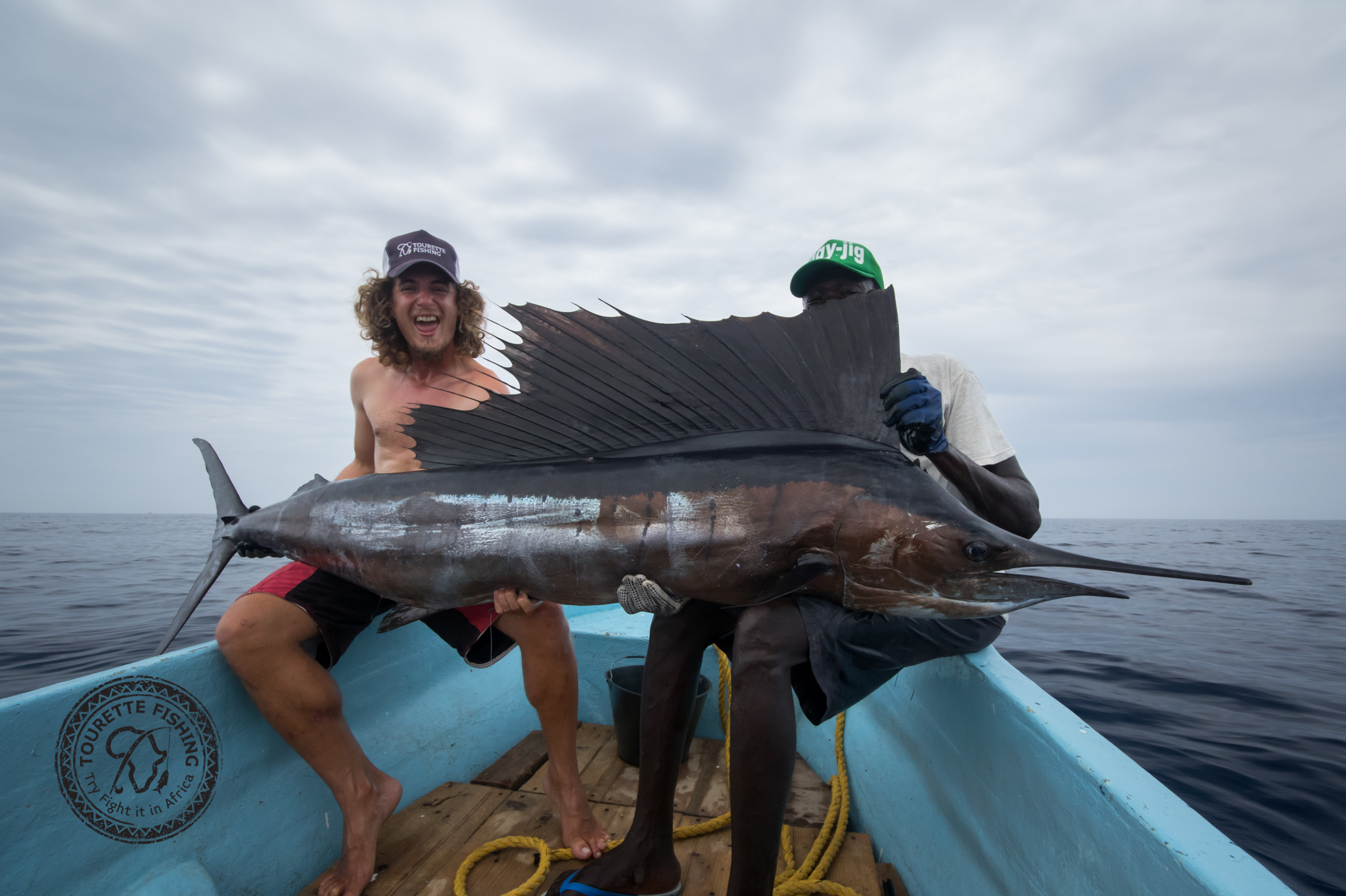 A special mention goes out to Warren Pretorius who managed a spectacular 45kg Sailfish he hooked and landed behind the mothership while we were moving to a different anchorage. The fish unfortunately died during the fight but what great catch!