What a genuinely great week it was for the guests on board the Don Questo for Week 7 of the Nubian Flats season. We were able to head back into the South once more, exploring various flats and islands we had been unable to fish due to bad weather as well as the many other islands we have become accustomed to throughout our three month season. 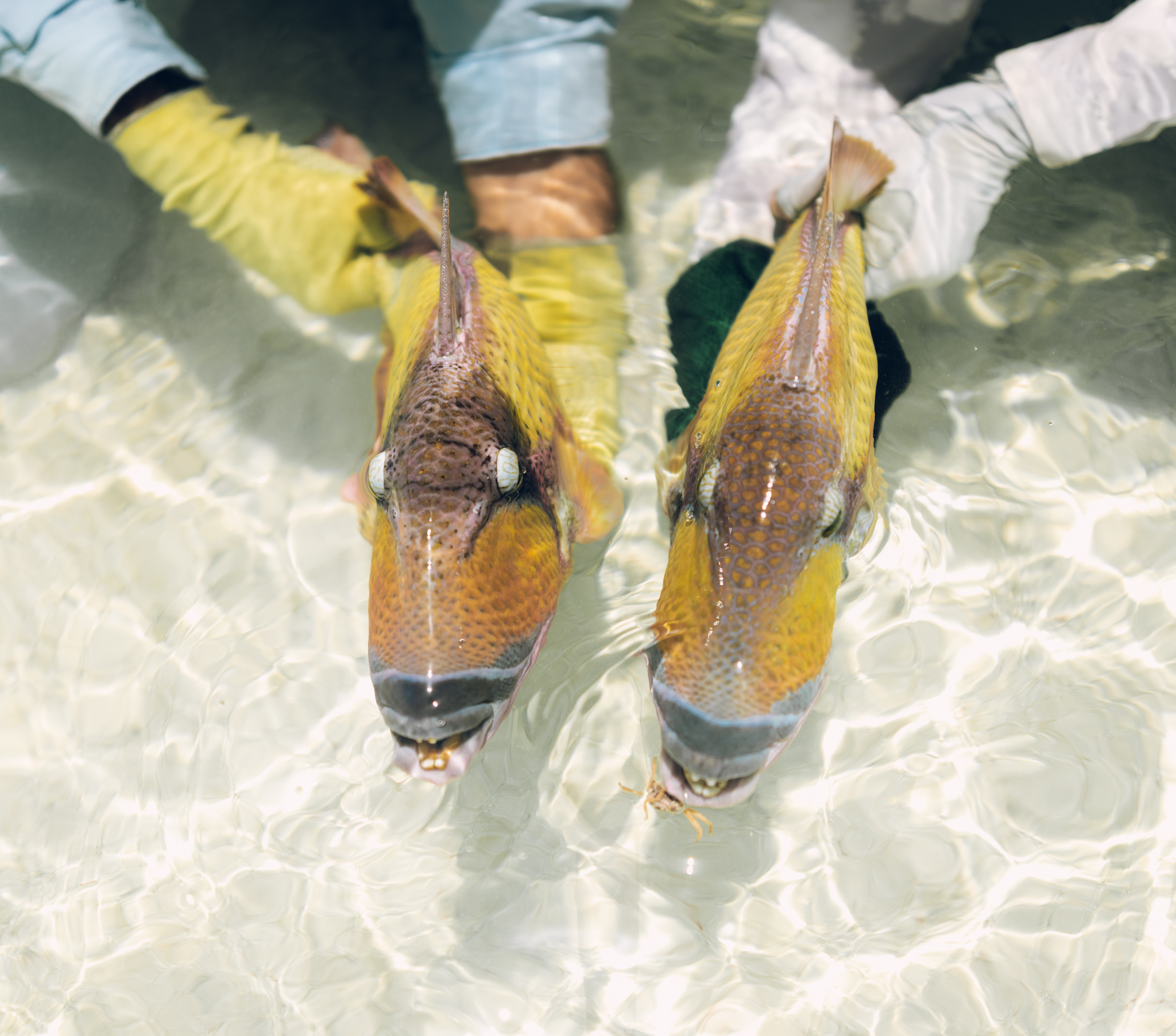 In short, it was hands down the best week of trigger fishing we have ever had. Usually, numbers aren’t a topic of conversation, but it must be mentioned that 98 Triggerfish, both Titan and Yellowmargin Triggerfish were landed during the six days of fishing. We never thought this would be possible and so to see it all unfold as we did this week was something extraordinary. This week opened all our eyes to the South’s true potential and has served as an incredible record to strive for in weeks and seasons to come. Despite the miraculous number of triggers brought to the net, the guys also landed a handful of free-swimming GTs who got spotted hunting on the white sand. It’s never easy bringing these fish to hand, so we take our hats off to the anglers who took their opportunities. Unfortunately, plenty of GTs were also lost, but this is the nature of the beast. 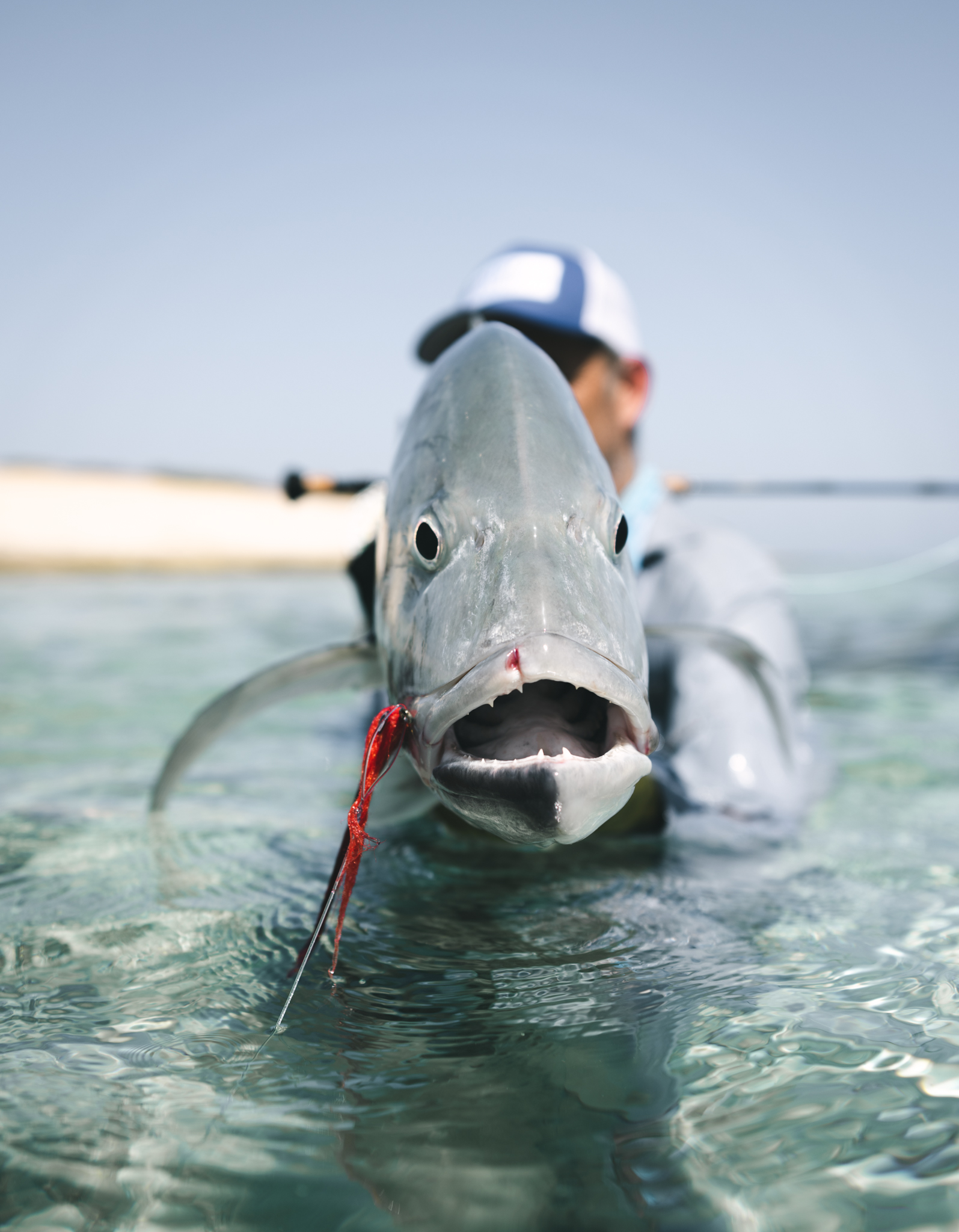 Most impressive was that 70 of the 98 triggerfish came from two consecutive fishing days on Alola Island. These two days will remain incredibly special for both the anglers and guides involved. We honestly had two back-to-back red-letter days. As one could imagine, the fines meetings that followed was not small. Nevertheless, this week has to go down as one of the most fun weeks we’ve experienced this season which has now become the benchmark for the many other seasons to come.

With the Nubian flats season coming to an end, we look forward to bringing the same experiences to our following group of guests to the South of Sudan for the final week of the season. We honestly cannot wait!