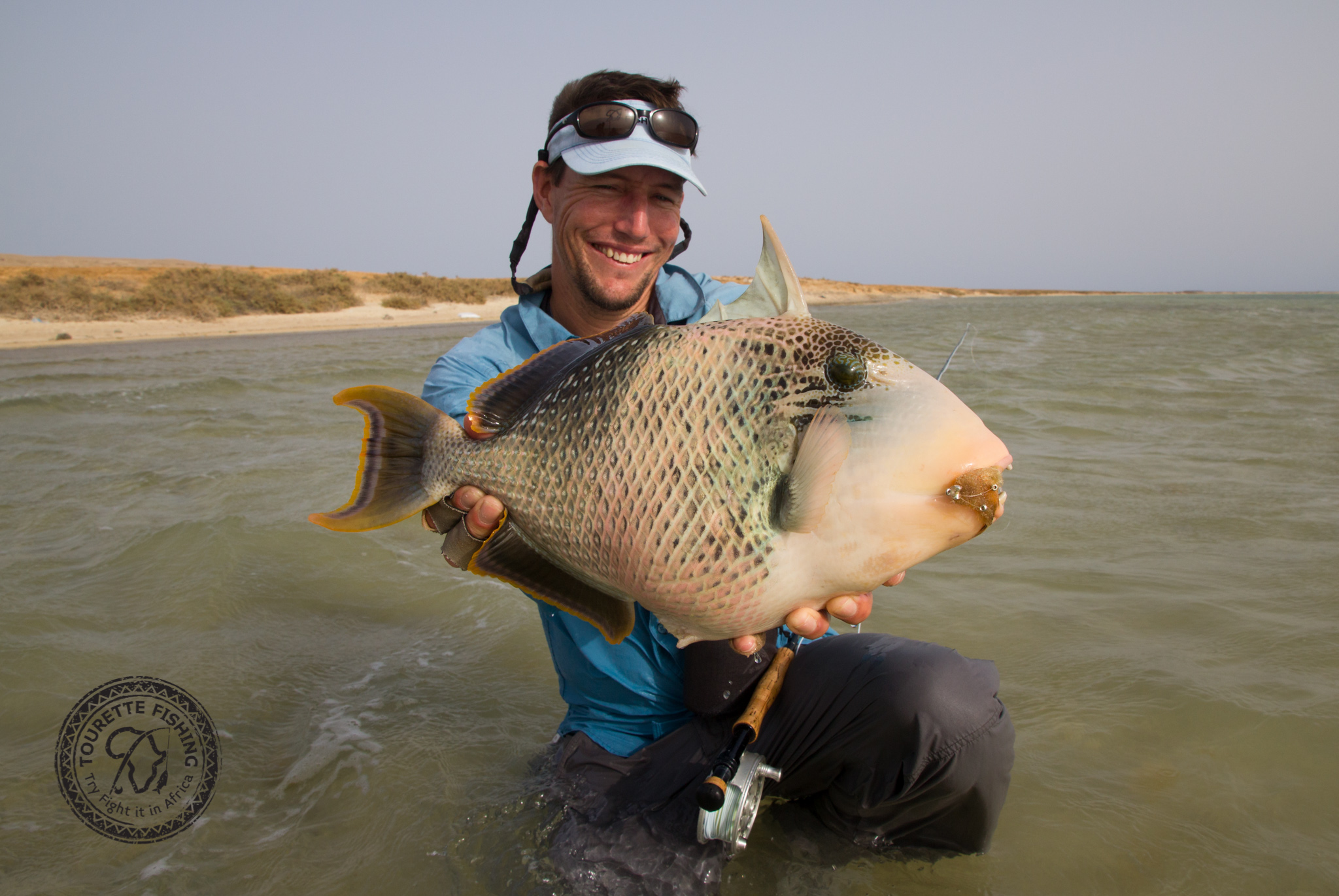 The Nubian flats might just be one of the most exciting saltwater destinations to appear since the birth of the outer islands in the Seychelles. After a second full season the guides are slowly discovering more and more about this unique fishery and although this season was plagued by some strong wind the season as a whole fished very well producing some amazing fish and unforgettable experiences. 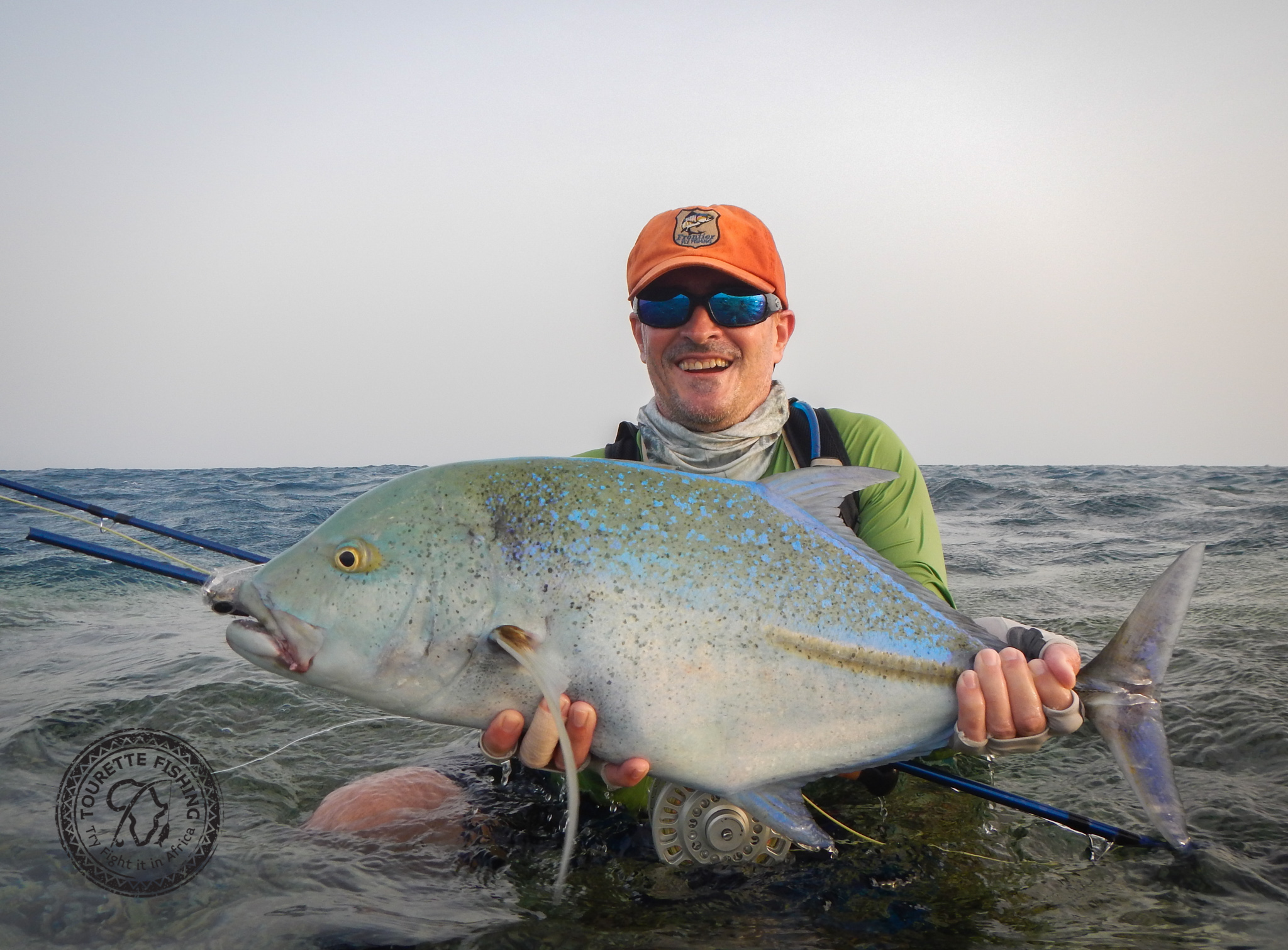 Although the focus of the Nubian flats is trigger fish, good numbers of GTs were landed this year and the last week of the season yielded something truly special. Over the course of the season a number of dogtooth tuna were raised while teasing off terra firma. Almost every time the tuna would either get hold of the teaser and then run like hell, or go completely airborne behind the teaser and then loose interest.

This time round, Jeff Tyser was walking and blind casting his 12wt over the edge of the reef when he went tight with what was first thought to be a big trevally. The fish took off like a freight train and went straight back into the deep. At the rate this fish was diving, any thoughts of trevally were quickly erased however and the guys started dreaming of the impossible. Jeff managed to hold his own against all odds and after a solid tug of war, landed a beautiful dogtooth tuna. This is not the first dogtooth tuna to be landed on fly……. BUT…On fly, while walking on terra firma?? This should be a first of some sorts??? Either way this is a catch that will go down in the record books of the Nubian Flats and will be remembered for a very long time.

The mothership Scuba Libre is undergoing a refit this Autumn and the small flotilla will be joined by the new 28ft centre console sportfisher with twin 200 hp engines. This will add considerable range to the expeditions to investigate rock pinnacles and distant flats along with a new bluewater dimension. The rates for next season have gone up a little to €3,100 along with an extra €50 for the boarding fees. This still equates to one of the cheapest and nearest opportunities for UK and European anglers to fish for triggers and GTs.

After Peter’s exploratory trip in May (read the report HERE if you missed it) interest has been high and below are the weeks available. The operation accommodates only six anglers per week.