A roosterfish tail from Costa Rica

A Roosterfish tale received; how fabulous to find your fishing drama not only witnessed but published on line. Thank you Capt Sloan for posting this and sharing the story. We all  have them, we love receiving and sharing them.

It was five o’clock, the sunset was touching down on the Osa Peninsula, the surf crashing on the beach and I was zipping along Playa Zancudo, Costa Rica on my ATV. The hum of the motor, wind in my hair, the soft ride on the sand and not a person in sight always puts me into a relaxing daze. So when I saw him, it was as if I awakened. Water up to his shorts in the surf, his ten foot rod bent over, not naturally part of the scenery, he stood out among the scattered coconuts on the beach. His name is Piers and as his wife tells it he thought to go play horseshoes but decided to fish instead (not a really hard decision when you think about it). Using a Yo-Zuri popper that looked like a Boston Mackerel, you’d think he was fishing Striped Bass in Orient Point. The rod was all of ten feet and the reel top of the line Shimano Stella spooled with 50# braid. It was the perfect setup to try and land this trophy fish. 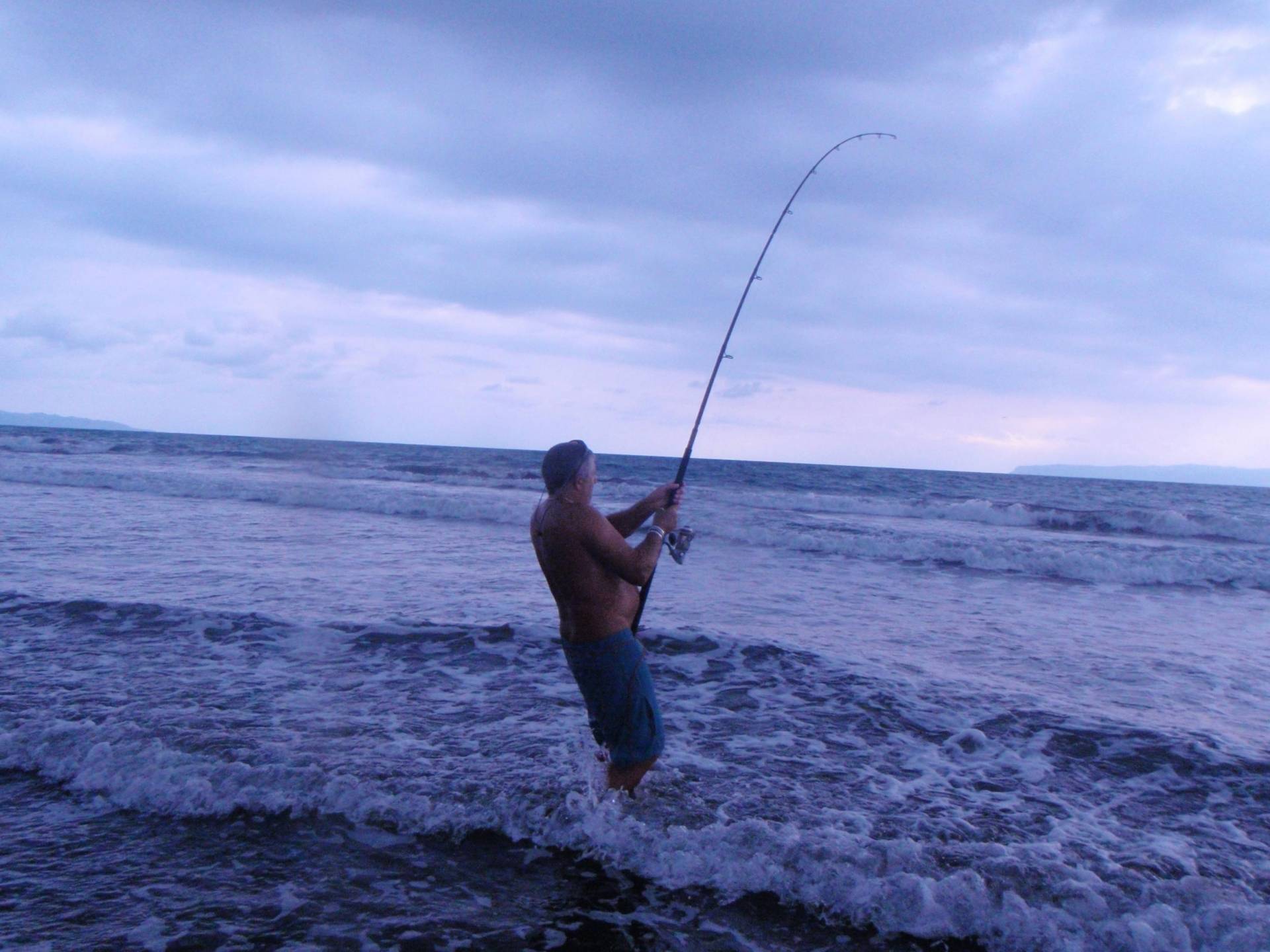 When I pulled up behind him on my ATV I saw right away it was a big Rooster, its crest sliced through the front side of the first wave about forty feet out. As the fish darted down the beach Piers ran through the wash keeping his angle and not loosing line. At the time I didn’t know him, but I saw he was a seasoned angler and made all the right moves. As a captain I spend my days watching people fish and while I watched this guy battle what I knew was a fish of a lifetime I quickly realized he knew it too. Each time he pulled the fish from that first wave the undertow would grab the fish back and peel off the little he gained. In the Jack family, Roosters are tremendous fighters and with their tall body and mighty fins the current was not in Piers favor. But bending his back, running from side to side and at times pointing his rod parallel to the shore to keep the 90 degree angle on the fish, he pulled it into the shallow eight inch water. Once there the Rooster had no water to work on and the battle was won. 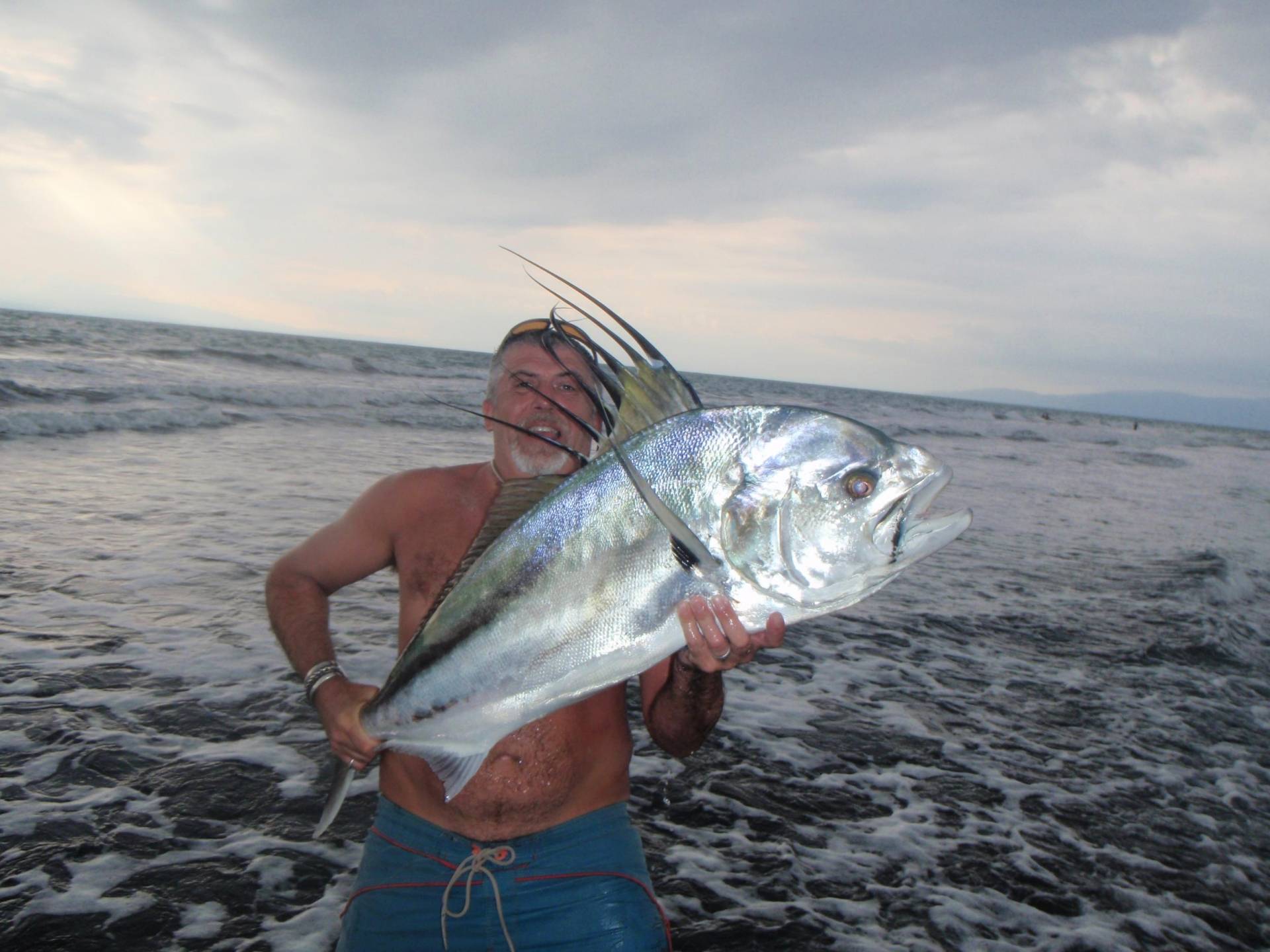 As was the fish, Piers was exhausted, mostly from adrenaline rush of his excitement and joy. He held the fish in the water as I pulled the trebles from the side of its mouth and his wife took some quick photos. I quickly suggested that they release this great fish, but as I found out, he is an accomplished fly fisherman from England and releases all he catches. Crouched over, he rushed the Rooster back out into the surf, wiggling it as he went. The fish surprisingly docile seemed dead and I thought that maybe due to the longer than normal battle of surf fishing with its heavy backwash versus that on a boat it may have died, when suddenly it pulled away from his grasp and shot back out into the waves with a big splash.

Only then I got to shake his hand and ask his wife to email the photos so I could share them with you.
Enjoy,
Capt Sloan 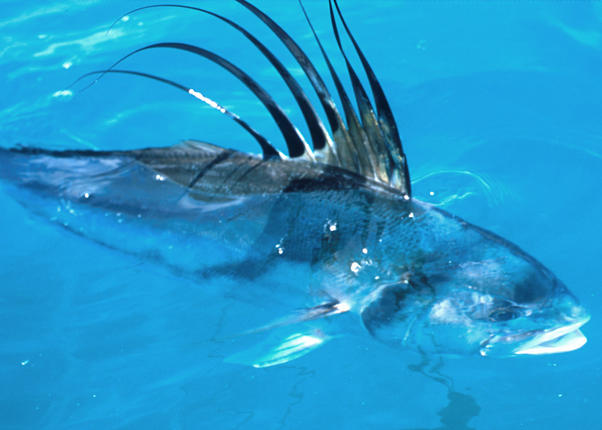