Week 26 came to a close at Winsnes Lodge with 6 fish landed and over 20 fish lost, it was clear that the salmon had arrived in our pools in excellent numbers. The river had started to rise on the Saturday evening, just in time for Ian Gordon’s group to arrive on Sunday. 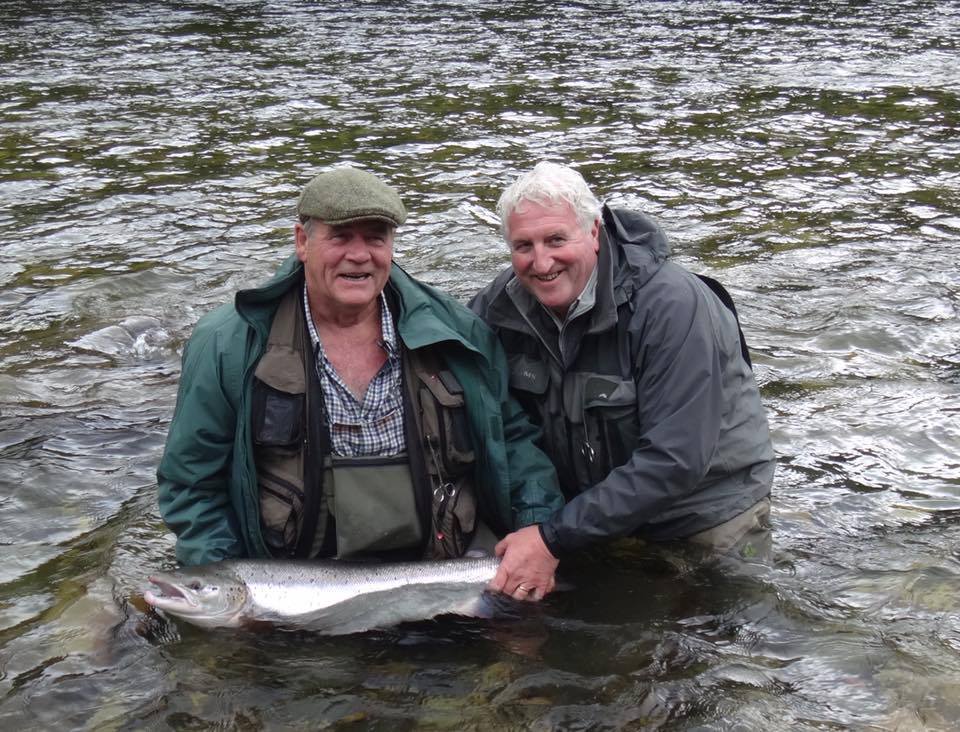 The guests arrived at different times throughout the day and the early arrivals were keen to get out on the river for the first session on Sunday evening. Fishing started at 2000 and Matt showed the rods down to the pools that they would have for the evening. Three rods started on the home pool, Krøken, and the other two on Lilliestrøm. 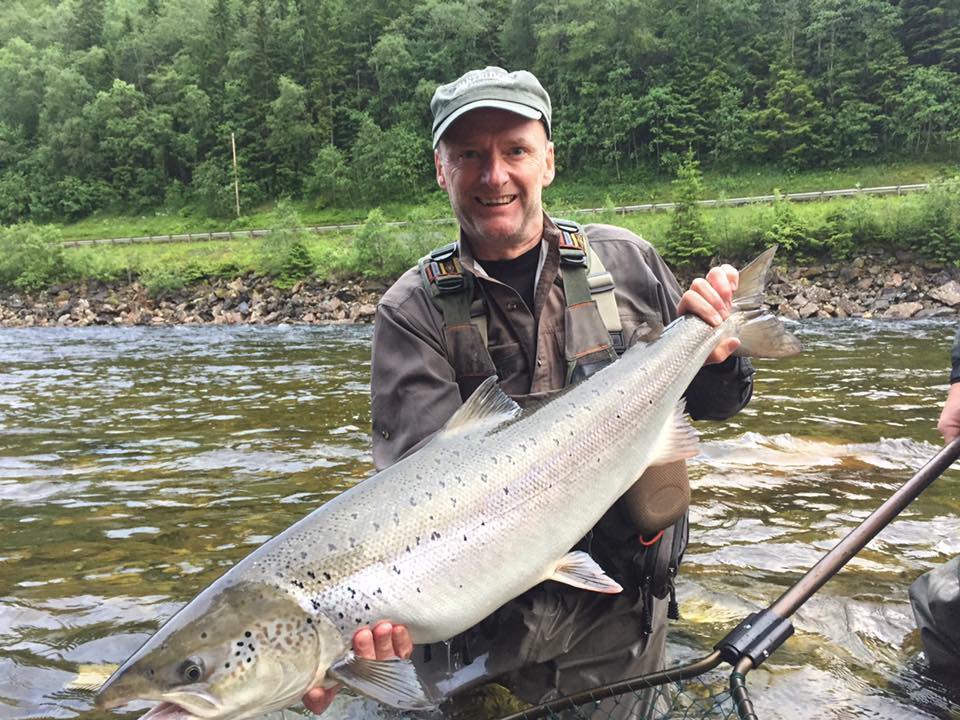 The river had been falling all day and was in fine fettle for the early arriving anglers. In no time at all one of the guests, Gilbert Fenwick, was into the first fish of the week after just a few casts on Krøken. On Lilliestrøm, Richard Meigh landed to beautiful bars of silver before the evening was out. 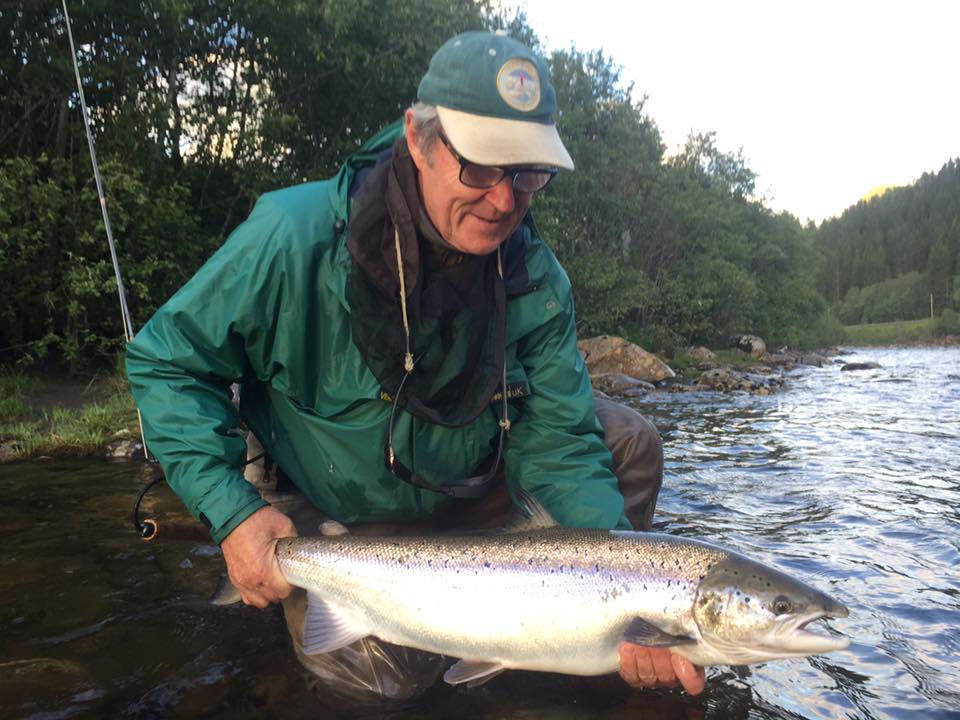 On Monday morning the whole group had their introduction to the lodge before gearing up and heading out for the morning session. After a great start the previous evening there was much excitement. The river was still dropping nicely and the fishing conditions were ideal, overcast, not too warm and perfect water height for the Winsnes pools. 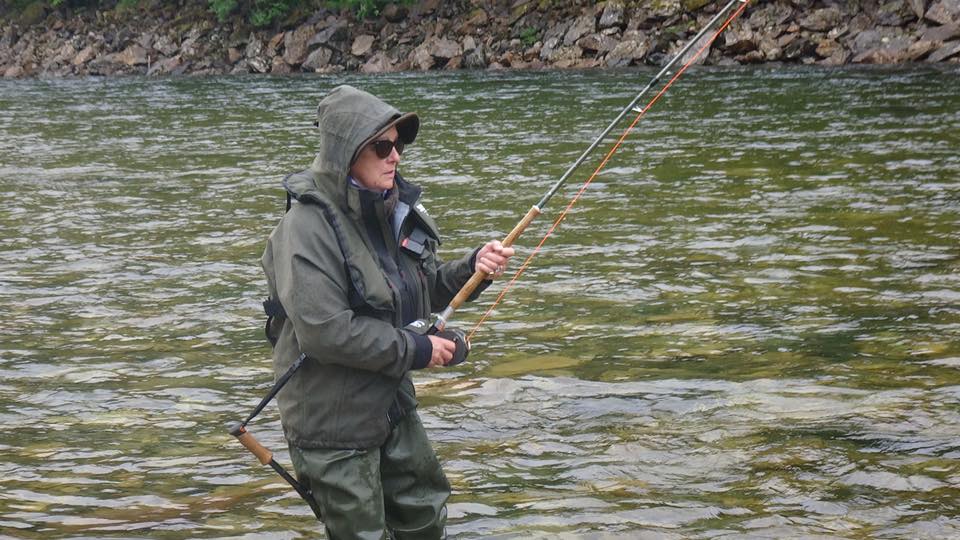 By the end of play on Monday, 12 fish had been landed. The most productive pool had been the Bottle Pool. Both Krøken and Oxøya were also producing fish. As the water continued to drop we were beginning to see more action in our low water pools. 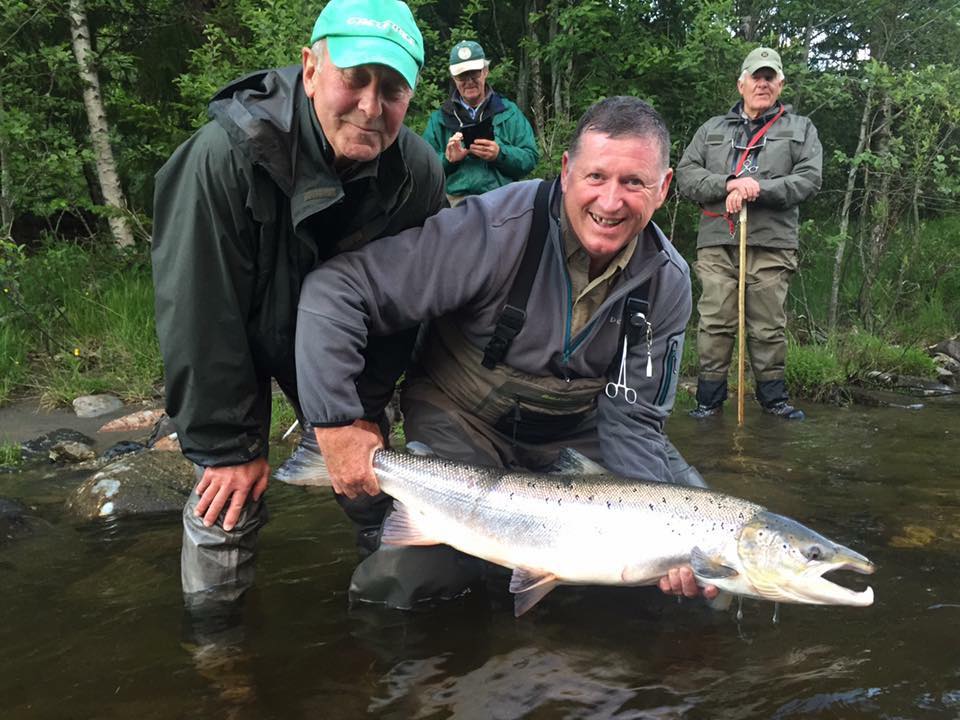 In the middle of the week we had a lot of rainfall and the river began to rise again, but with it came fresh runs of fish. Gilbert Fenwick had a fascinating evening on the Old Bridge Pool, watching as waves of salmon moved up through the pool. Unfortunately he was unable to intercept any on their journey up river. 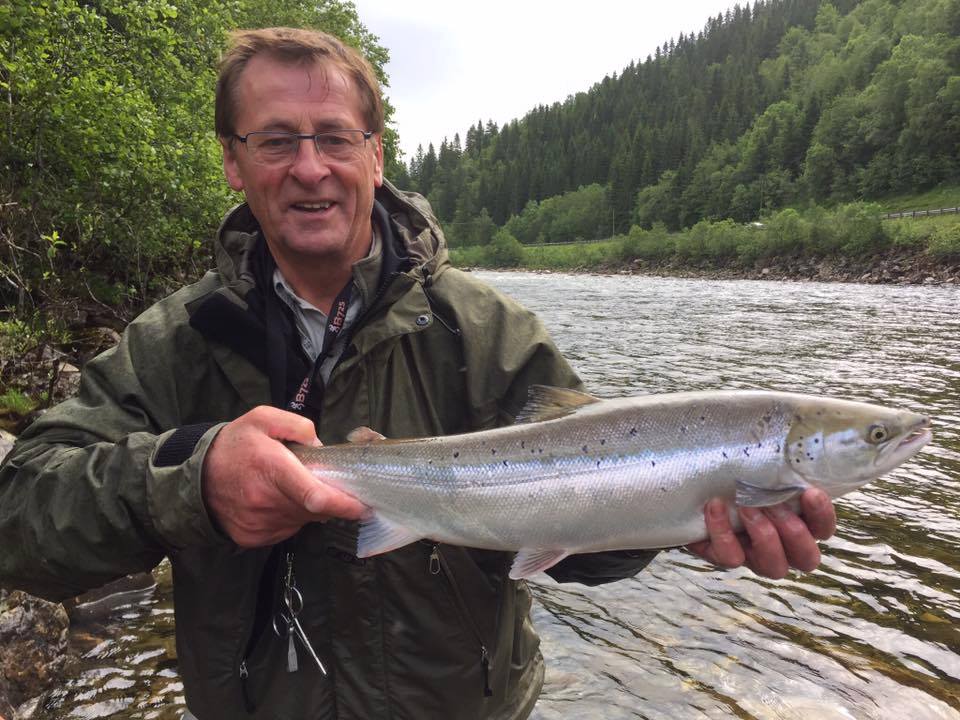 By Wednesday evening only one guest was yet to land a fish. Late on that evening on the Bottle Pool, Richard, Dave and Simon all found salmon. This was first landed a grilse only to follow that up with his ninth fish of the week, a new personal best at 15 kg / 33 lbs. Simon’s fish was his first of the week and after a great fight was weighed at 8 kg and safely returned. 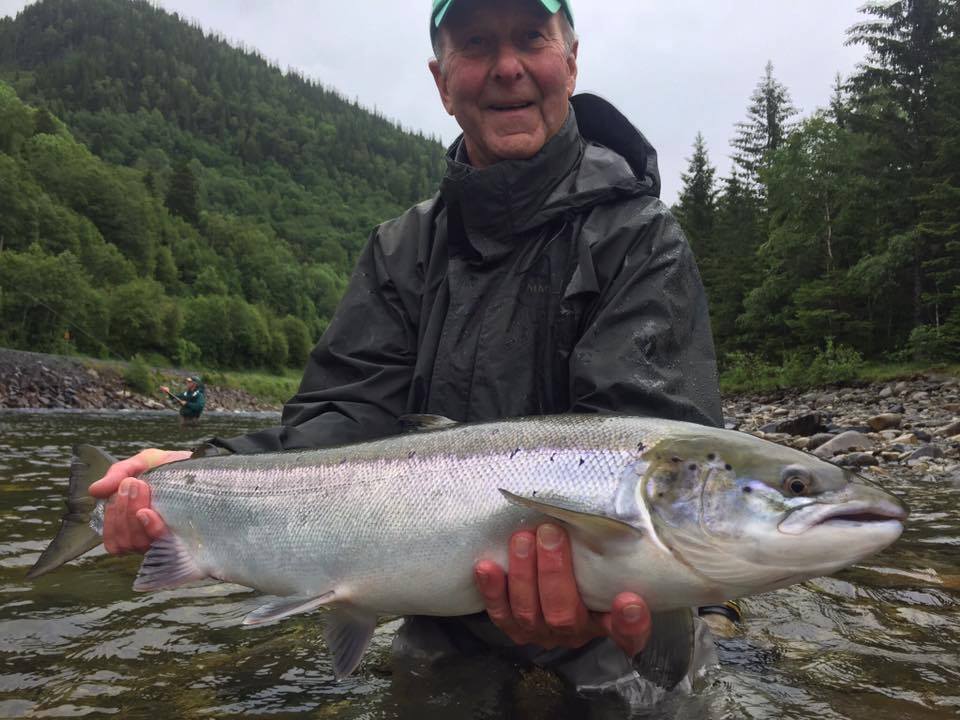 On Thursday morning the river was already dropping again and the fishing was beginning to get trickier in parts but there were still fish to be had. Howard landed a stunning 12 kg fish, followed by Craig Richings losing a very nice fish on the Bottle Pool after a good fight. Towards the end of the week Dave landed a nice fresh salmon on Old Bridge Pool and Elaine Schiffer lost a nice fish on Krøken. 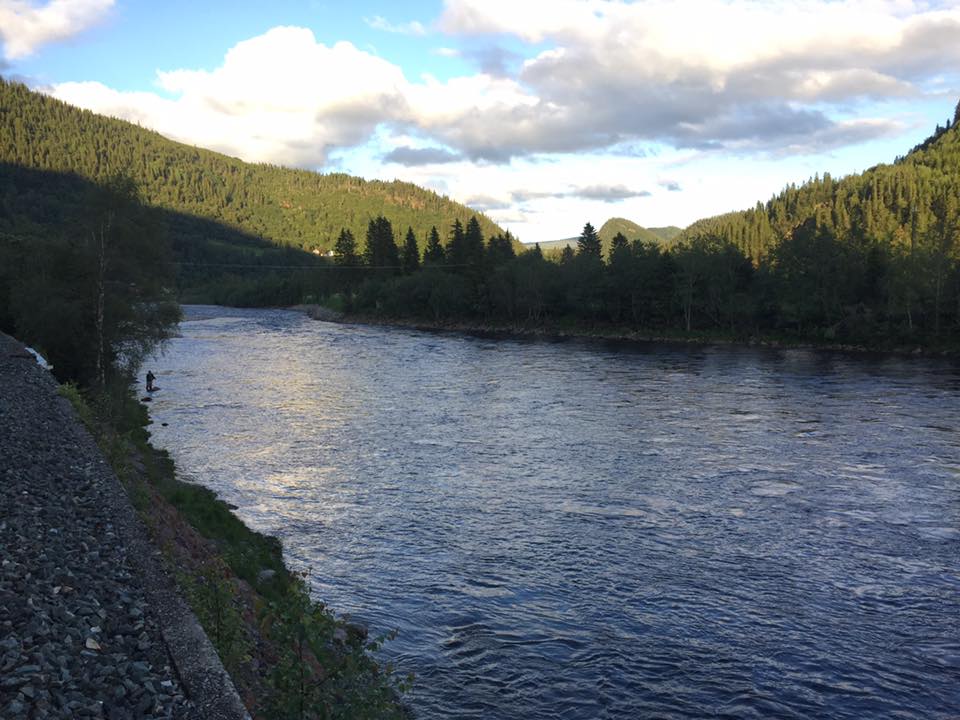 Salmon were caught at all times of the day this week, however the majority were landed early in the mornings or late in the evenings. The Sunray Shadow fly was the most productive in the evenings whilst small double hook flies were preferred during the day in the clear water conditions. 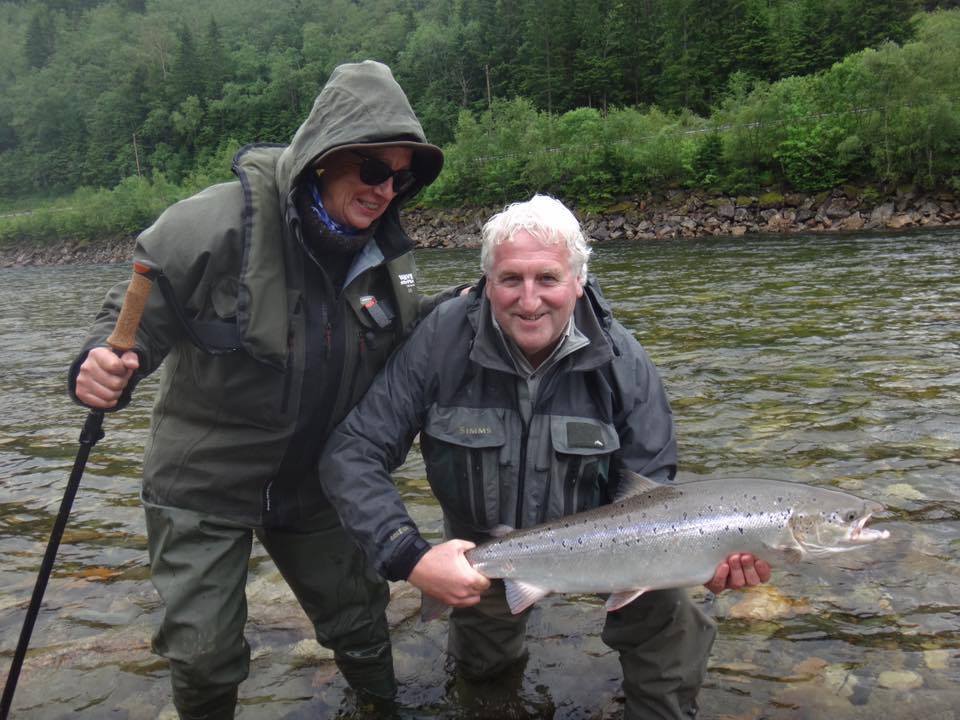 As the week came to a close on Saturday afternoon, Gilbert finished the week off with a fresh 7 kg salmon on the Bottle Pool. At Winsnes Lodge we operate a 100% catch and release policy so all of these great salmon were returned and can continue their journey up river.

For more information about the Winsnes Lodge and salmon fishing in Norway please contact Alex Jardine or call our office on +44(0)1980 847389.