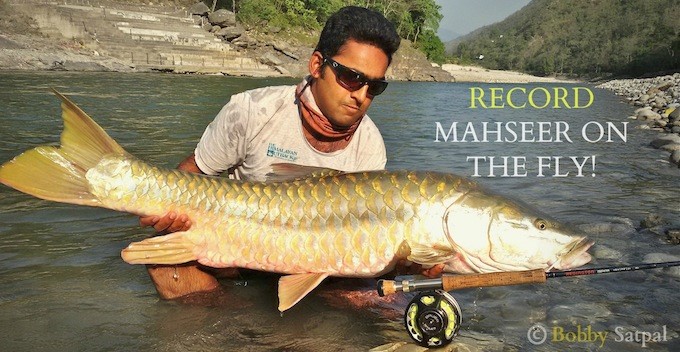 For a second year, HISTORY IN FLY FISHING for the GOLDEN HIMALAYAN MAHSEER is getting written on the banks of the Saryu river in northern India’s Himalayan region of Uttarakhand. Last year Nic Isabelle landed a 42 lb mahseer and Bobby reeled in a 46 lbs beauty – telling the story of the the Saryu’s wild and special Mahseer fishery.

This spring Bobby topped his own record and landed this beautiful 54 lbs fish.

We feel blessed to have the opportunity to pioneer some of the world’s most illusive freshwater fish with a fly rod. We are blessed to be part of an amazing team – people who dedicate themselves so whole heartedly to making Himalayan dreams come true.