At the half way point of the Alphonse Island 2016-17 season, one very important thing to notice is the remarkable consistency of the fishing. Certain weeks ebb and flow in favor of different species but the bottom line is that this fishery still maintains some of the most incredible saltwater fly fishing available anywhere. AFC flats guides are fortunate to be exposed to one of the world’s most pristine saltwater environments every single day. However they are all fishermen at heart and still get excited when they see clouds of bonefish on beautiful white sand, tailing triggers or charging GTs. The adrenaline rushes are endless and they are what keep the AFC guides going throughout a long season. 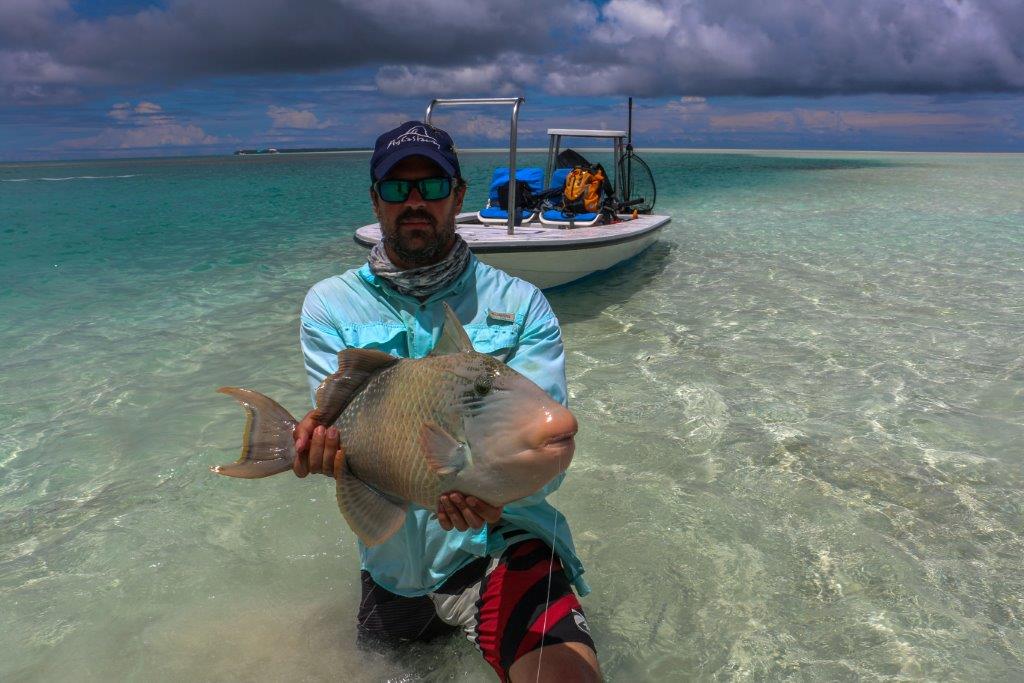 This week was full of ups and downs with regards to the weather. Fortunately, there were some great tides and a great set of excited guests all really in tune with what was going on and most of them seasoned flats anglers. The spring tides persisted, which made a nice change, having water on the flats for most of the day is a good thing. Lots of time was spent poling and some crazy fishing was to be had. 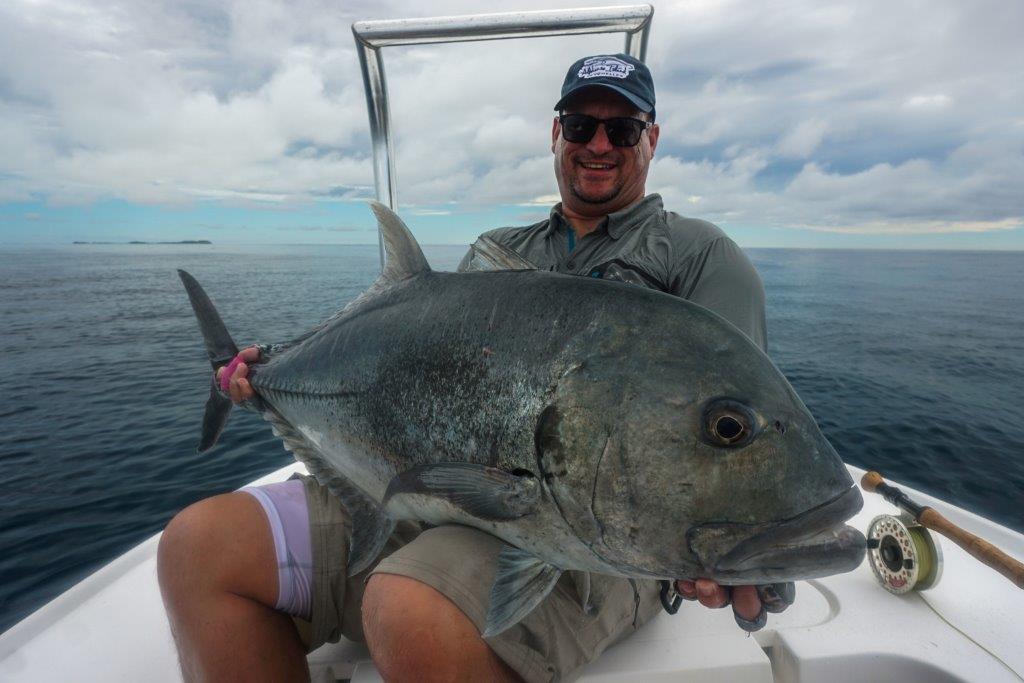 Kicking the week off with a bang, Nick Bowles got his hands on a 75cm GT. The GT’s were definitely out and about again this week with a few double ups and some good fish caught in the surf, this was definitely a GT week more so than anything else. AJ was our GT champion of the week, closing his week off with three quality fish the largest being 91cm. Not far behind was John Stott who finished off with two fish with the largest stretching out to 92cm. Bjorn Viedge left his time to shine right to the end of the week, two sight fished GTs, one of 70cm and the second just touched the 100cm mark. Not only were these his first two Gt’s of the week but also his first ever. Vernon Vogt kept his GT for a special trio by catching a beautiful moustache triggerfish, a handfull of bonefish and a GT to grabbed himself a ‘Flats Grand Slam’. The GT mojo continued to flow through the group with Jacques Van Rooyen also managing two fish. The tally at the end of the week was an impressive 11 Gt’s landed. 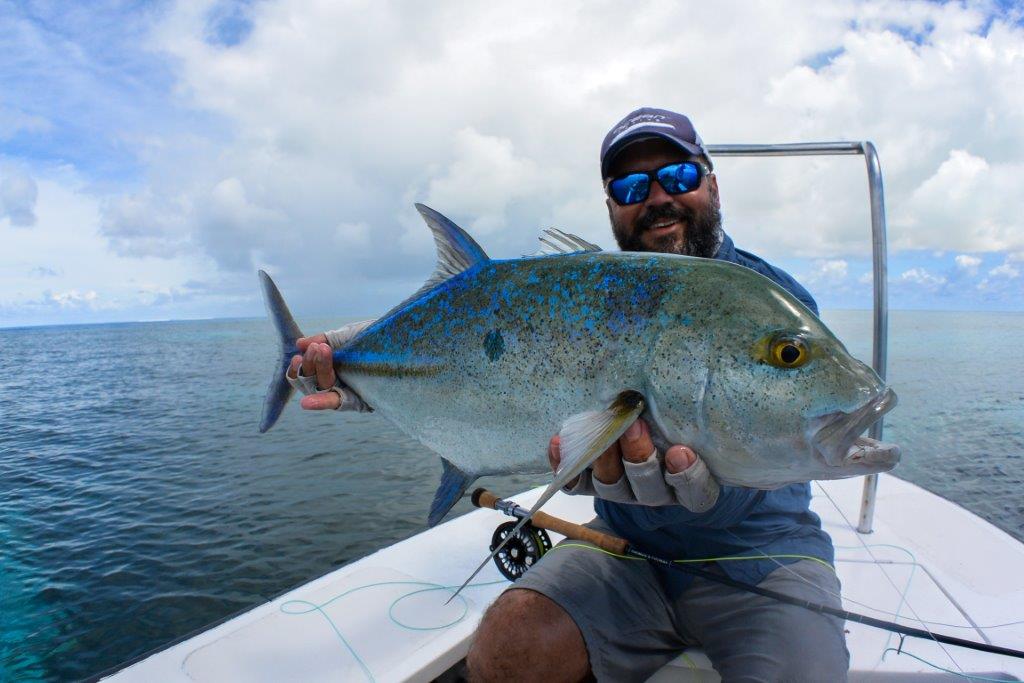 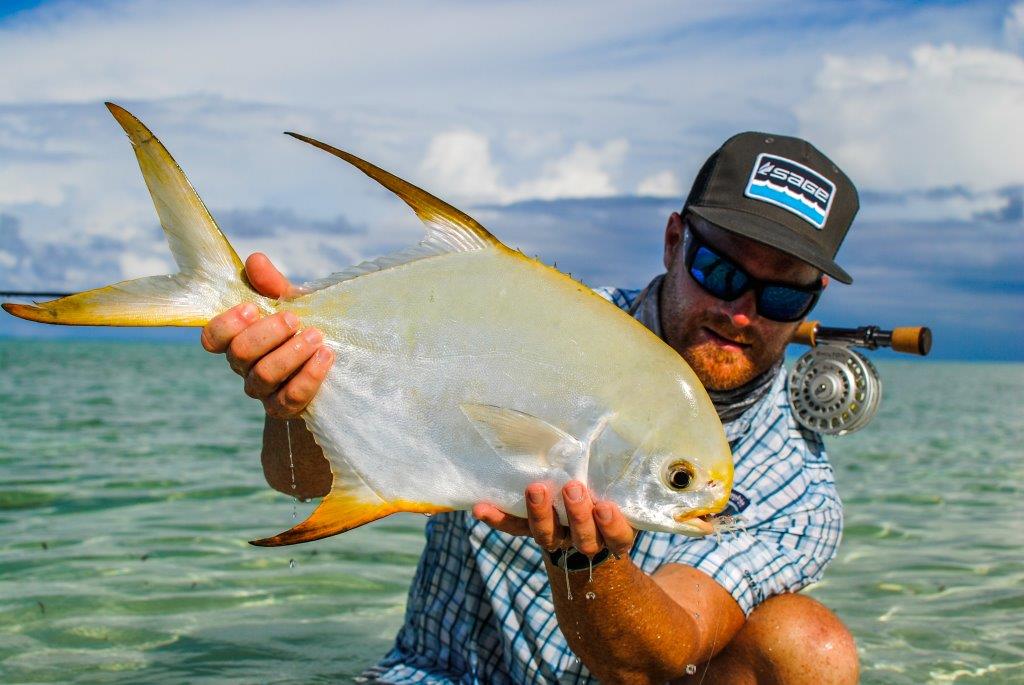 Not only were the flats fantastic but the bluewater fishing was also incredible. Trevor Skinner was the only angler that managed to complete a “Bills and Bones Slam”. Alphonse Island is one of the very few destinations in the world where this can be done by jumping sailfish and sight fishing to bonefish within 3 miles of each other. 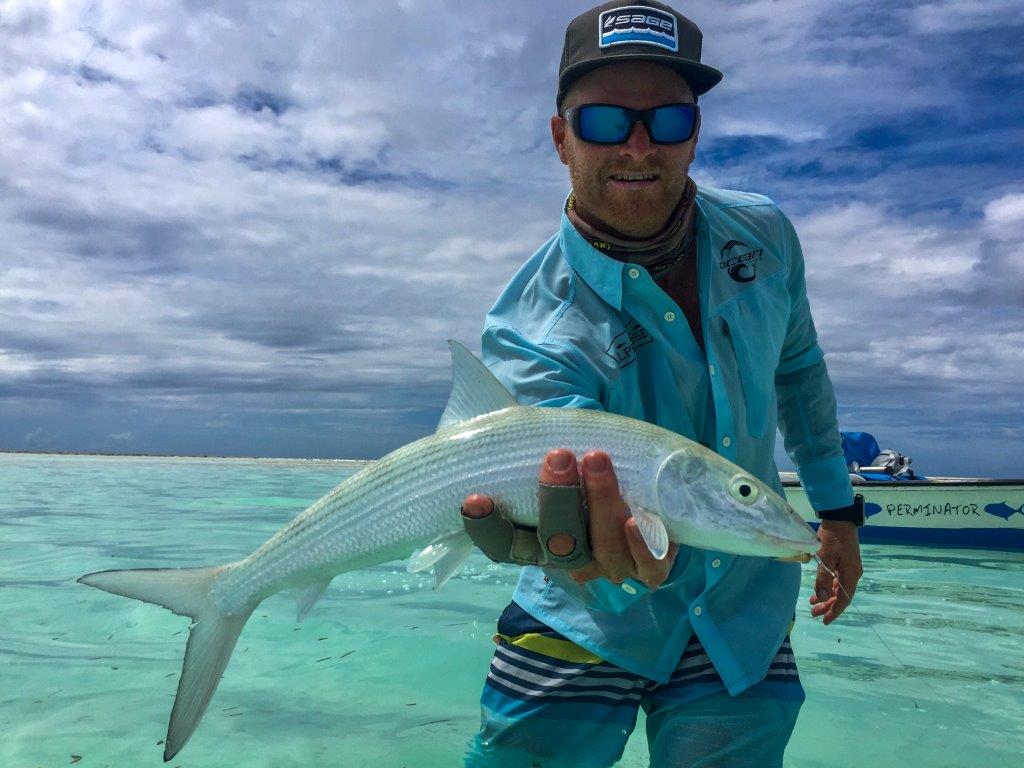 Alphonse Island – combines a hugely varied fishery with excellent accommodation
Astove Atoll – six anglers only, Astove atoll packs a big punch with its GT population
Cosmoledo Atoll – based on board the Lone Star, Cosmoledo has the highest GT density 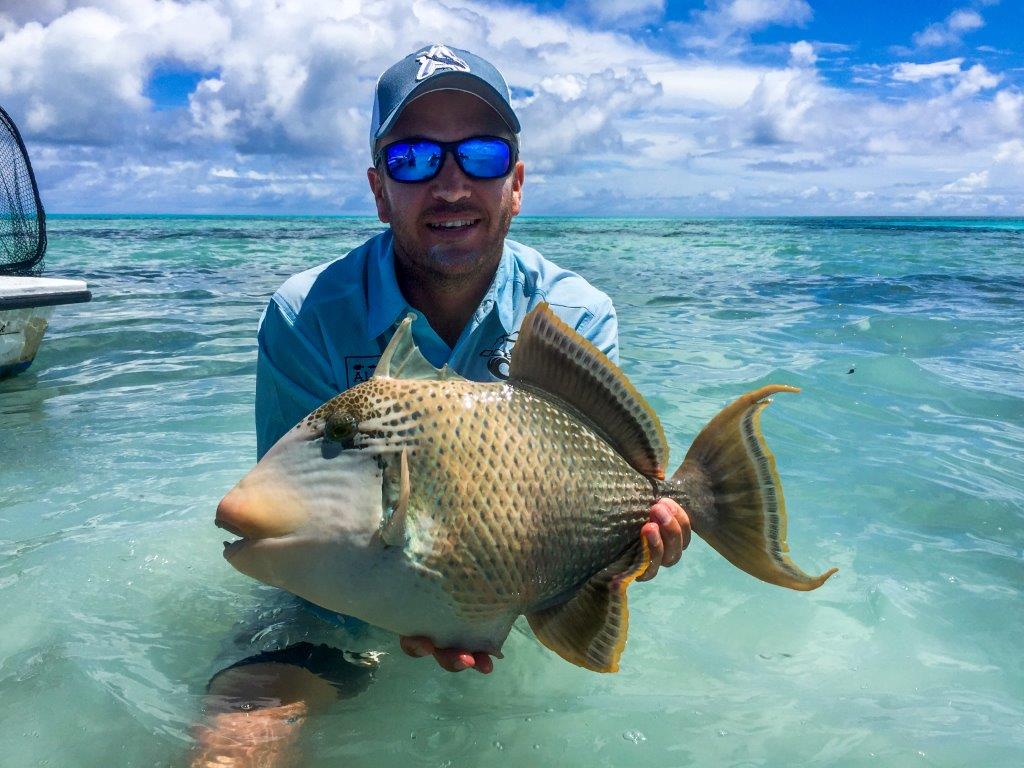