Another week of flats fishing on Farquhar has come to an end. Weather conditions throughout most of the week were tough but improved over the final days. The start of the week was windy and overcast which made for testing sight fishing conditions but the last day was a cracker.

The first few days were neap tides which shifted toward full moon springs at the the end of the week.

Seven GTs were caught, with the largest fish being a 94 cm fish landed by Andrew Jensen. Craig Jensen landed one GT as did his brother Mark, and nephew Nick Jensen landed two GTs, the first of which was Nicks first  first ever GT. Nick and Chantel Chone each landed a nice golden trevally and fishing partners Alan Broomhead and George McRobbie caught one GT apiece.

Nick and his father Mark each landed large bonefish over 60 cm. Two bumpys were landed, one giant of 103 cm caught by Mark and the other caught by Chantel. In our bluewater tally two sailfish were landed in the week, one by Alan and one by Andrew, George McRobbie landed a yellowfin tuna and Genkel landed a wahoo.

Total Catch Stats For 12 Anglers For The Week 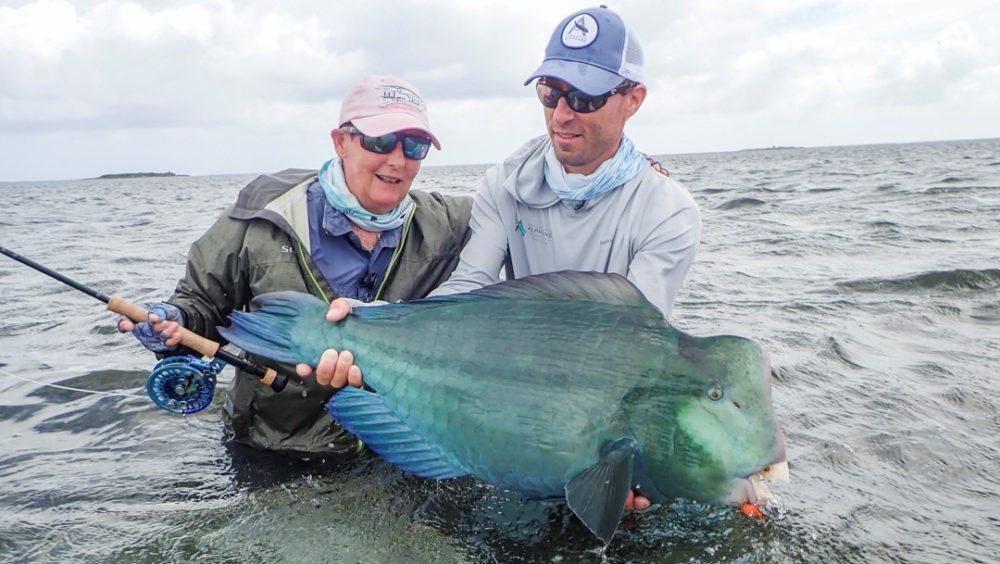