The official 2019/2020 Farquhar season is now in full swing. Both guides and guests were extremely excited to get stuck in. Despite being met with unsavoury weather conditions the teams efforts were not dulled, and their enthusiasm helped to kick the season off with a bang. The guests were able to experience a range of tides with the start of the week being springs which then moved into neaps.

The atoll produced some good numbers of GT’s for the week. Roger Harding landed his first ever a stunning for of 115 cm just off Goulette. Experiencing the true power of these beasts, Scott Harkins managed a picture perfect 102 cm fish on the sandy finger flats near Tripod. Heidi Albano, a returning guest also caught her first Farquhar GT. The champion of the week was Grant Willard who landed a total of 9 fish which brought our total to a impressive 36 for the week.

Along with GTs Ben Albano succeeded in landing one of the notoriously moody yellow margin triggerfish as well as a moustache trigger. Roger was not far behind, bagging a beautiful moustache trigger.  Strong winds and low light did not stop this group from having a cracker of a week. 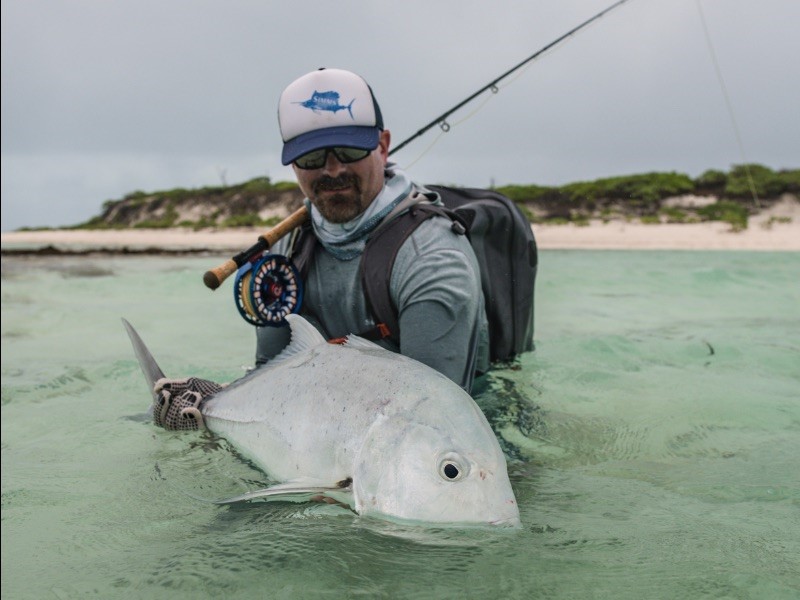