The long wait was over when I finally met my friend Alfred at Frankfurt airport to escape from the long, cold winter. We are already excited about the species we might encounter on Farquhar and looked forward to the welcomed heat of the tropics. 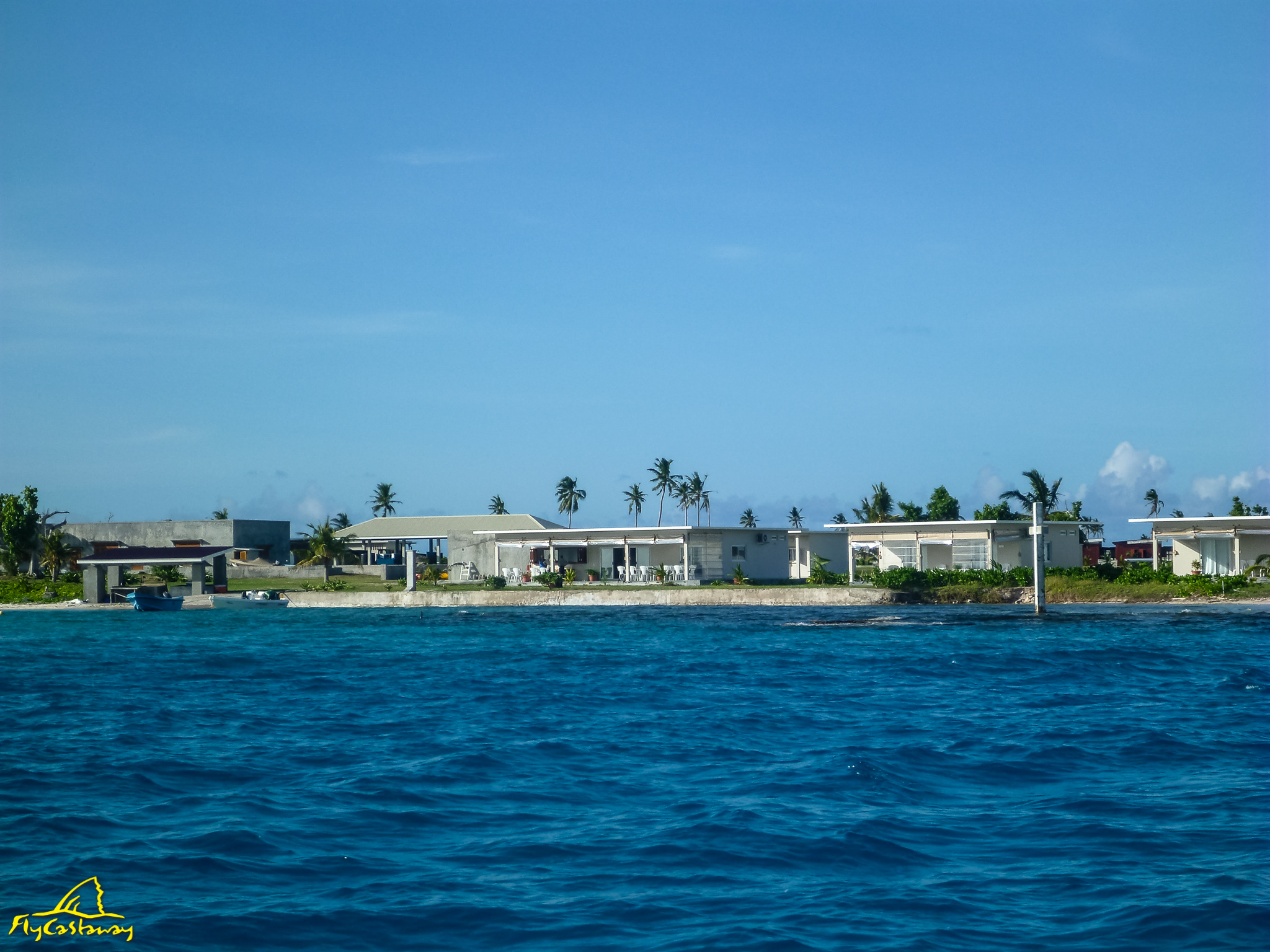 I was very curious to see the atoll as the last time I had been there had been March 2016, before hurricane Fantala. I had heard how it had effected the main island almost and as it was almost exactly two years ago it would be fascinating to see how the flats and channels had changed.
We arrived on Mahé the next day, met the others of the group and after a short and amusing night we headed out to Farquhar by another 2 hour flight. Right on the airstrip we received a warm welcome from the guides and within seconds we were into fishing, listening to the reports of last week. 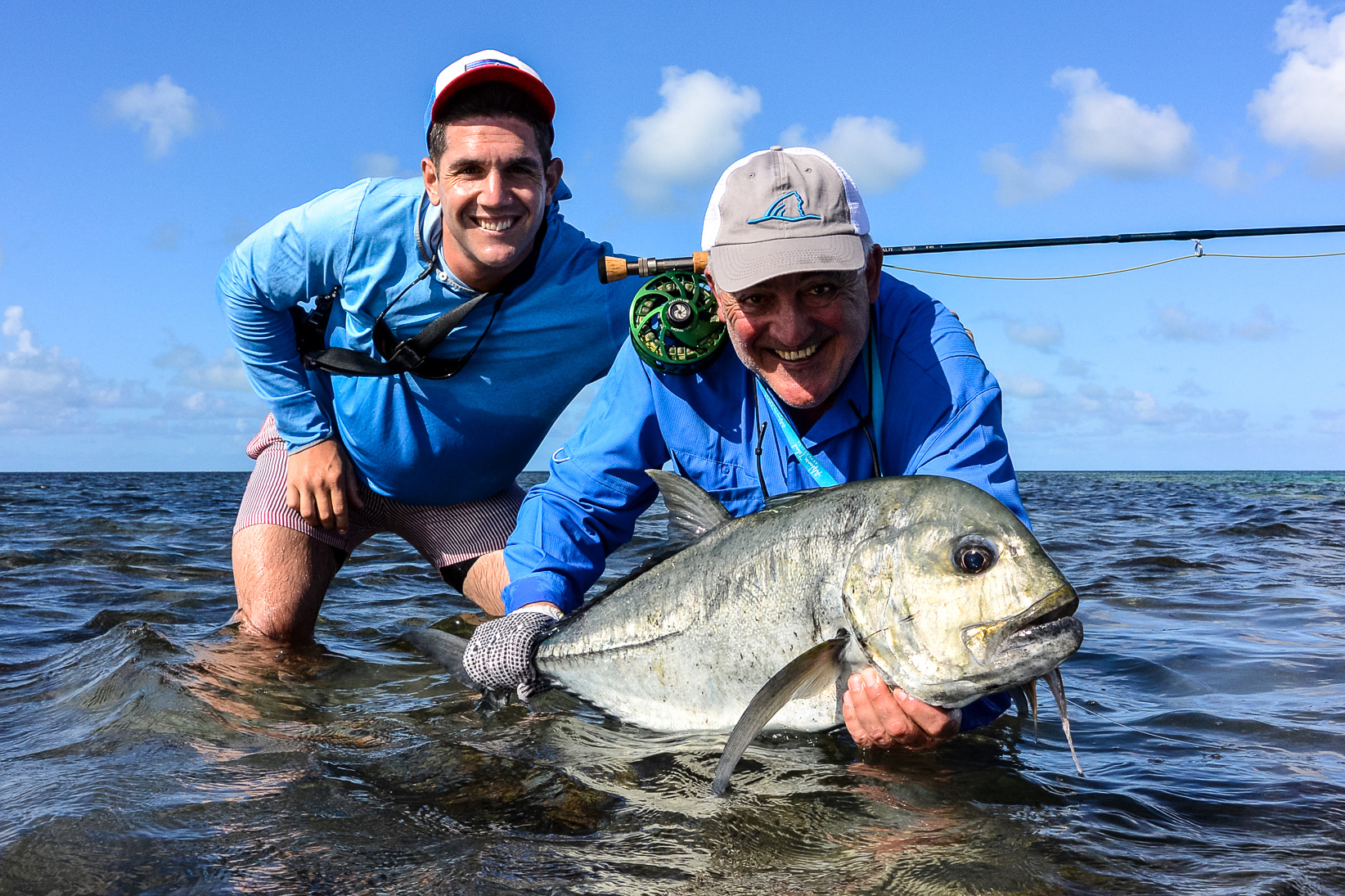 We took the “Island-Shuttle-bus” (which is a stylish trailer with white wooden seats and ladder pulled by a tractor!), crossed the island and now I really could see what the storm did after hitting the atoll twice….many palm trees were broken down, the older facilities were almost gone, and the big radio mast was crashed in half! However, life was already bouncing back to the island; new palm trees were growing and the stunning new facilities have been finished, always an amazement in this remote part of the world. The new lodge left me in awe. 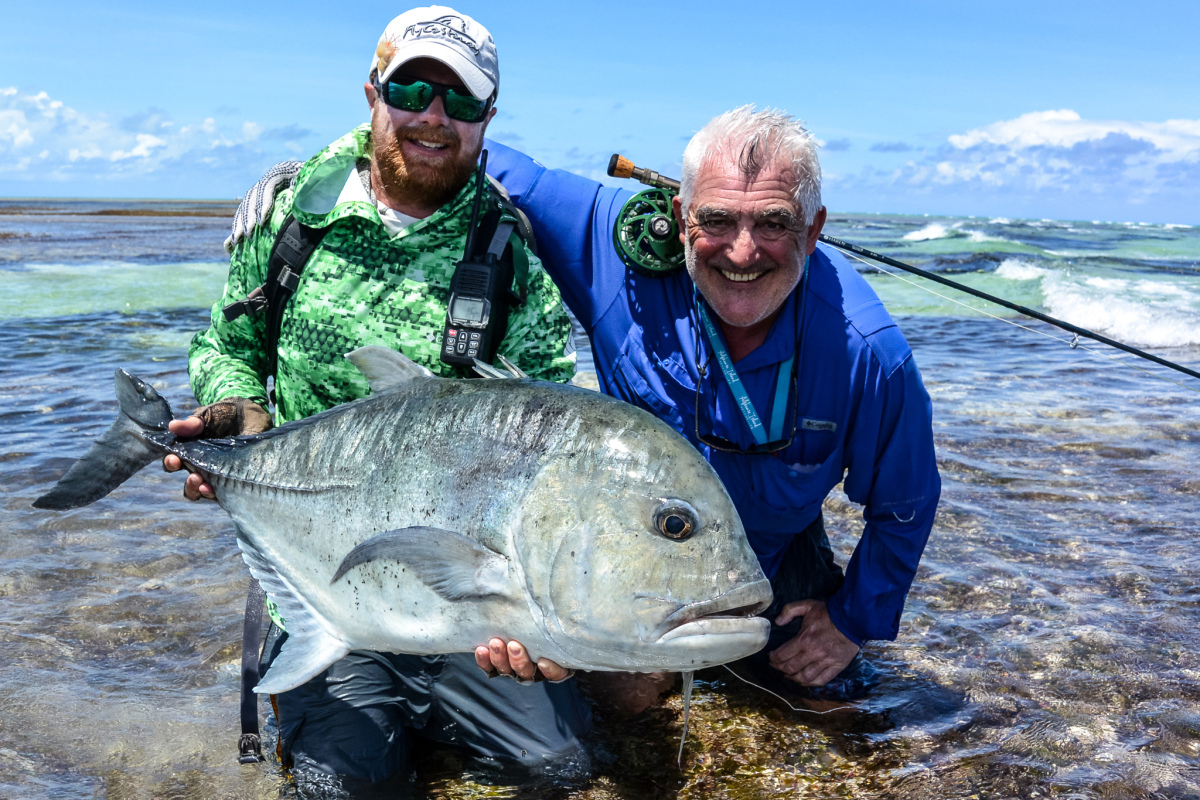 Like a Phoenix, from the ashes of the old guest house has sprung a wonderful the new main house with four duplex guest houses alongside it. Each guest house has two rooms each, each with a spacious room, a comfortable bathroom and a wonderful outdoors shower. I immediately noticed that the new management and the extremely warm and friendly staff are taking care of all the “small” things that make the stay pleasant. 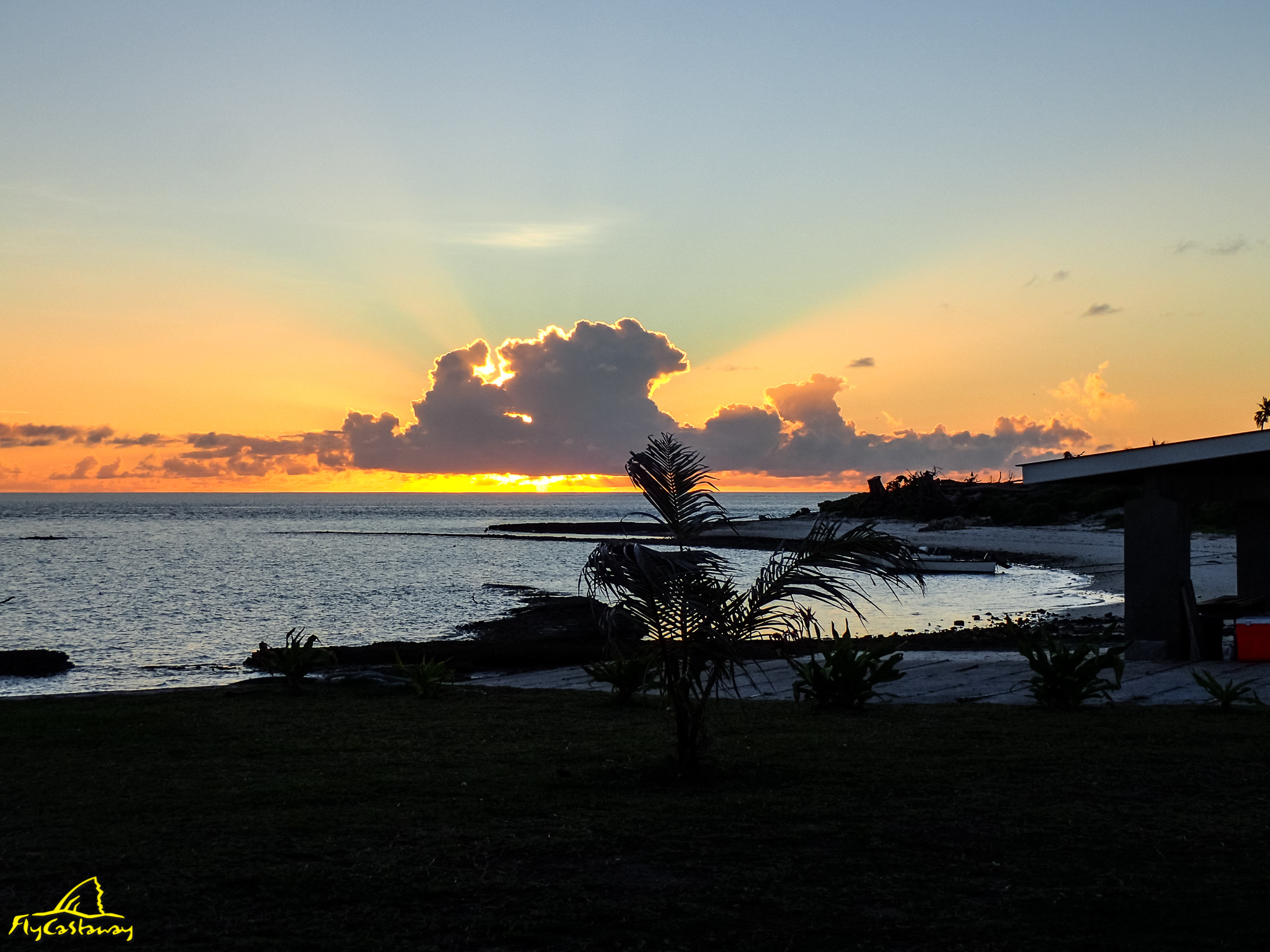 There is a coffee table (with kettle, tea, coffee, sugar, and milk) in each room, free laundry and fresh towels are provided every day. A low rate card for using the satellite phone is offered, a good selection of soft drinks (free of charge) and cold beers are always available along with a new ice machine ensuring cold drinks at night. Thumbs up also to the guides who are doing a fantastic job. They all are friendly, well educated and they give their max every single day to make the stay epic! 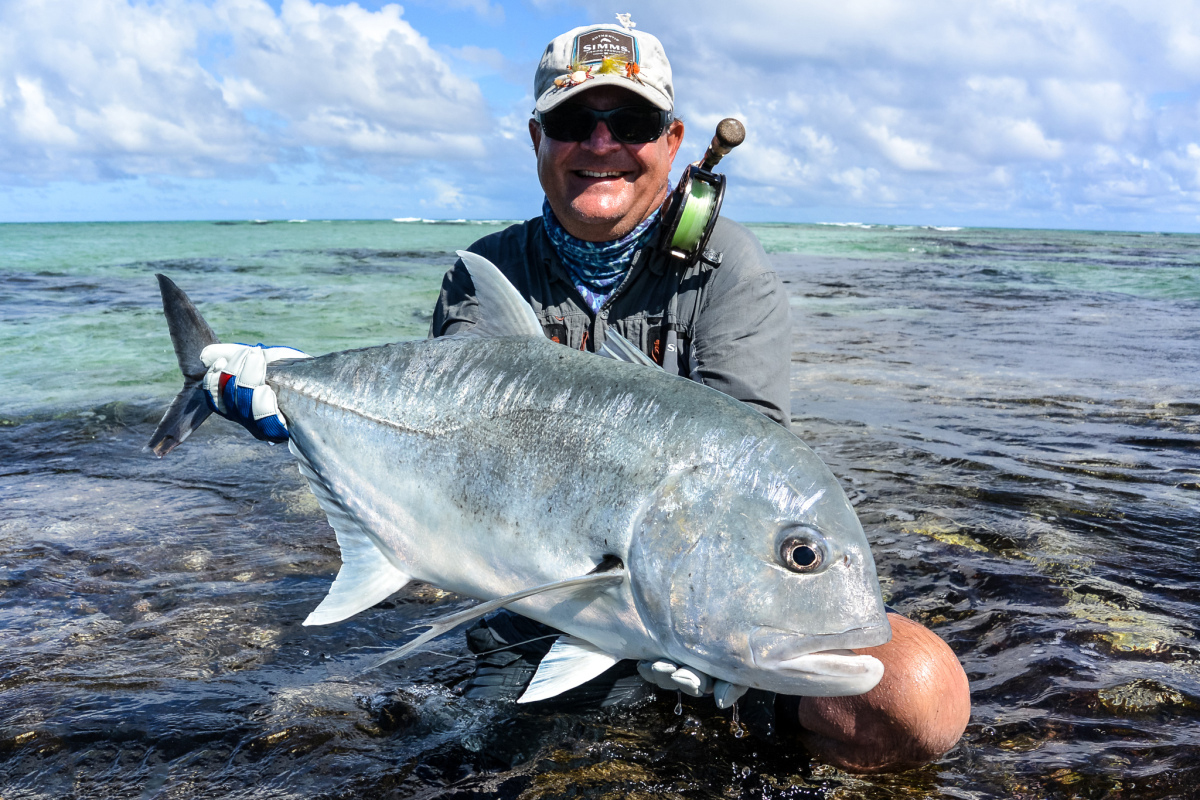 The Fishing
The group was a nice mix of saltwater beginners to advanced addicts. The pairings (and the guides) rotated almost every day what was very fun. We fished from a neap into a spring tide alongside consistent weather so the outlook was a very promising fishing week. This was attested from the first day on. Everybody came back to the lodge with great stories and adventures to regale over evening drinks. Alfred landed his first ever GT and, nobody could believe, his first ever bonefish (and another six). Phillip fought a golden trevally of a lifetime right through until they sadly parted company… sadly the guide got wrapped while netting the fish so it came off (so Erich “won” the misshap-of-the-day-wig at night). 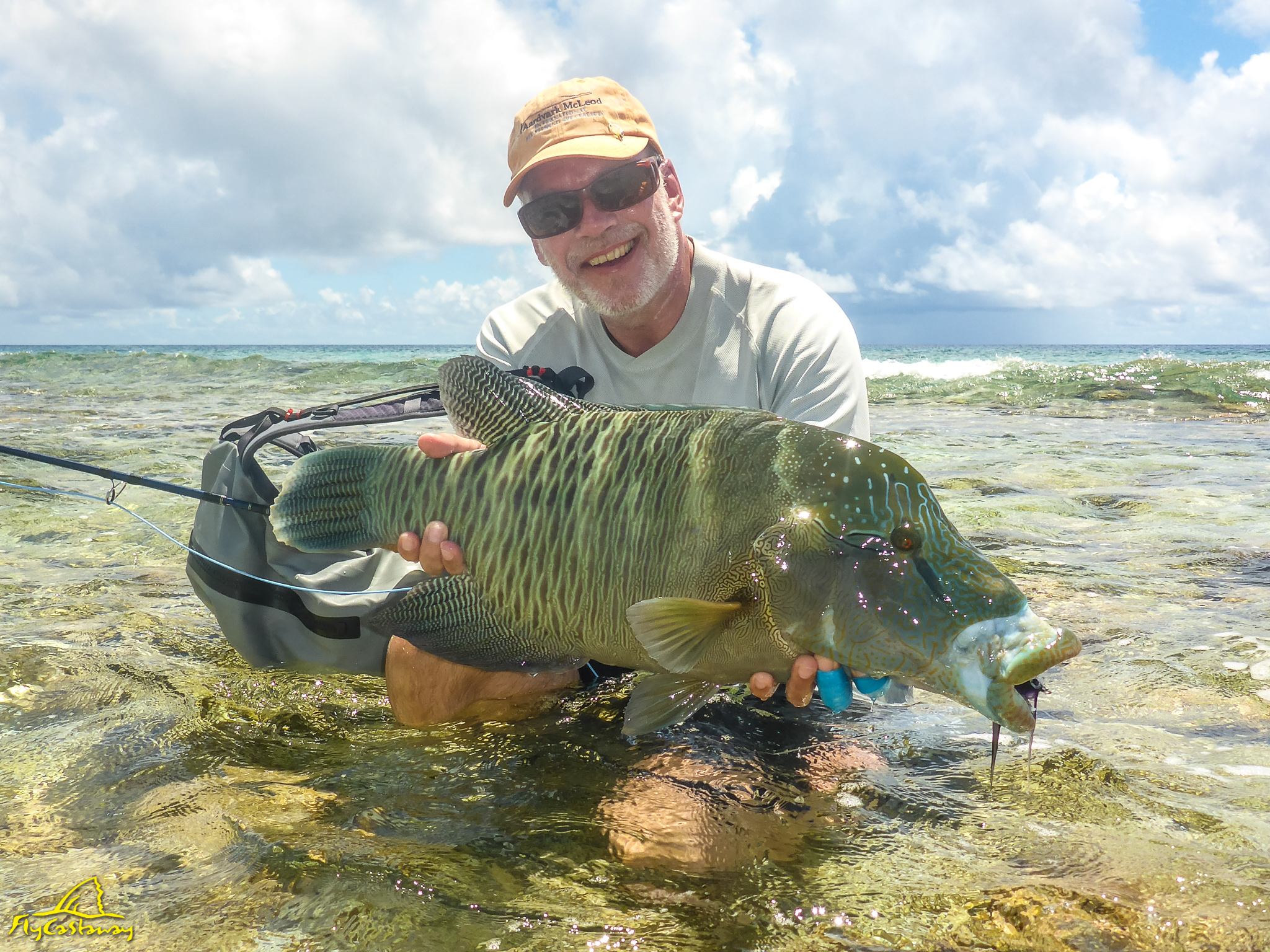 Gerd encountered his first Farquhar GT and invented the “Boesch-roll” as an elegant way to enter the boat. Carla, the charming lady in between the crowd of crude individuals landed a big fat yellow margin triggerfish while her husband John landed a stunning bumphead parrotfish. Nadim rocked the party with the most caught GT’s this week (missing the one that broke off … and was filmed by Gerd instead of helping to get the tangled line free) 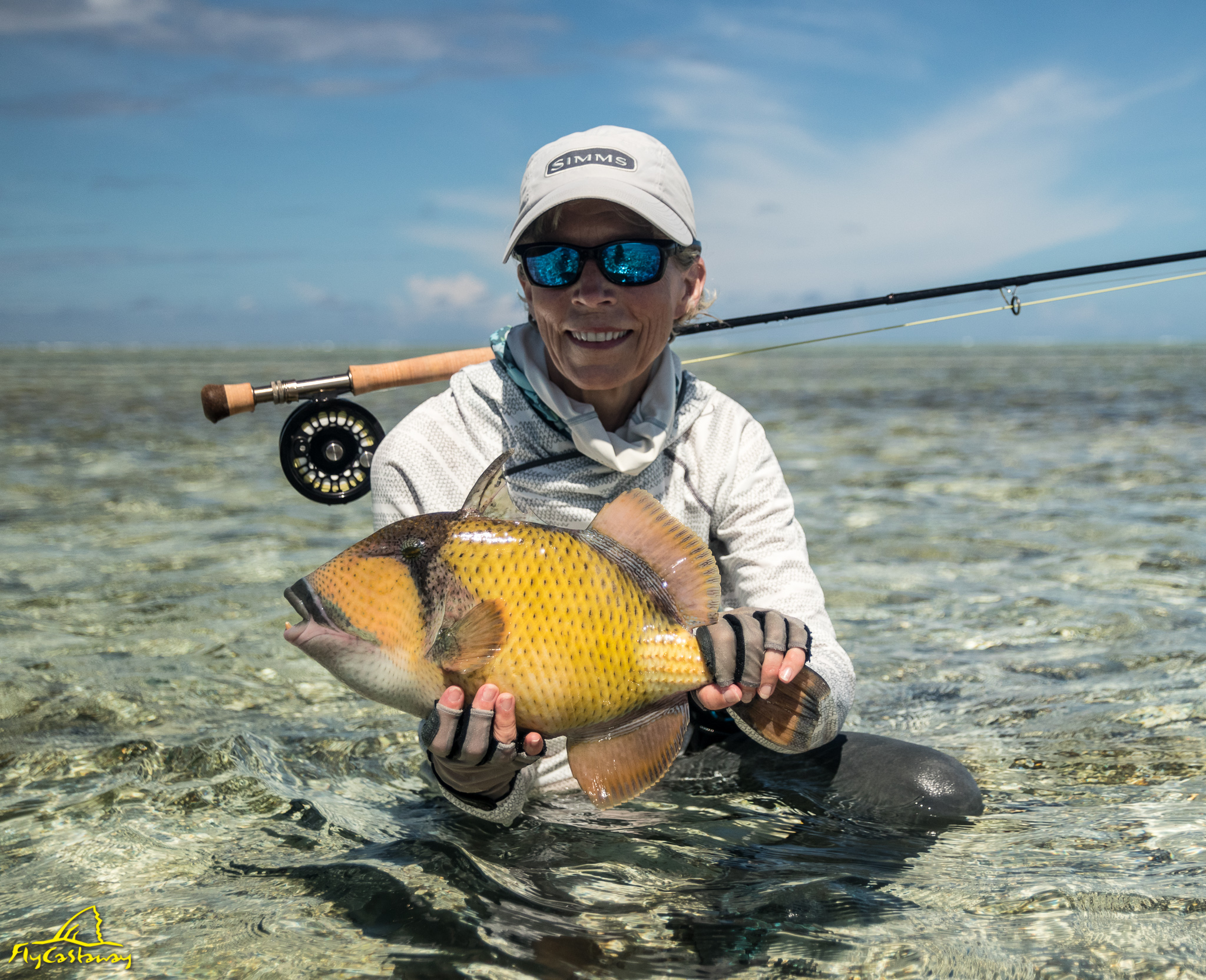 Joseph, our youngster, landed the biggest fish of the week and worked hard for it as he swam through the strong current of Napoleon Dynamite to reach a coral head from where he made that one cast…Bang! The fish of over a meter was on, even after Joe fell over while setting the hook!
Joern fell behind his guide and fishing partner when he spotted a school of bumpies and hooked one, a real monster. After a brutal fight guide Nick ran out and netted the fish (at least most of it) while Joern’s backing was still out of the rod! 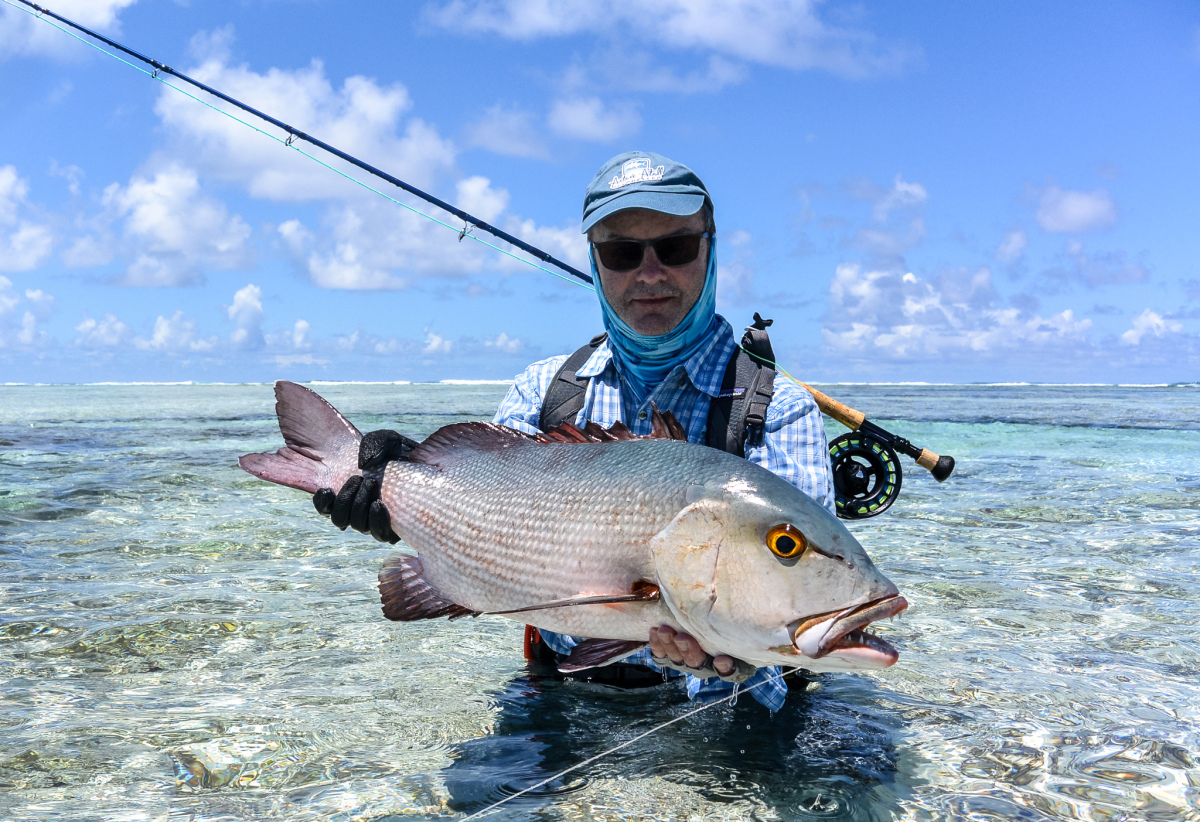 The great wish of our retired firefighter Scott was to land a GT and he worked hard for it. On the last day he finally hooked a nice one, fought it hard, struggled, fell over, got up and landed it. It was great achievement for him and we were all delighted. 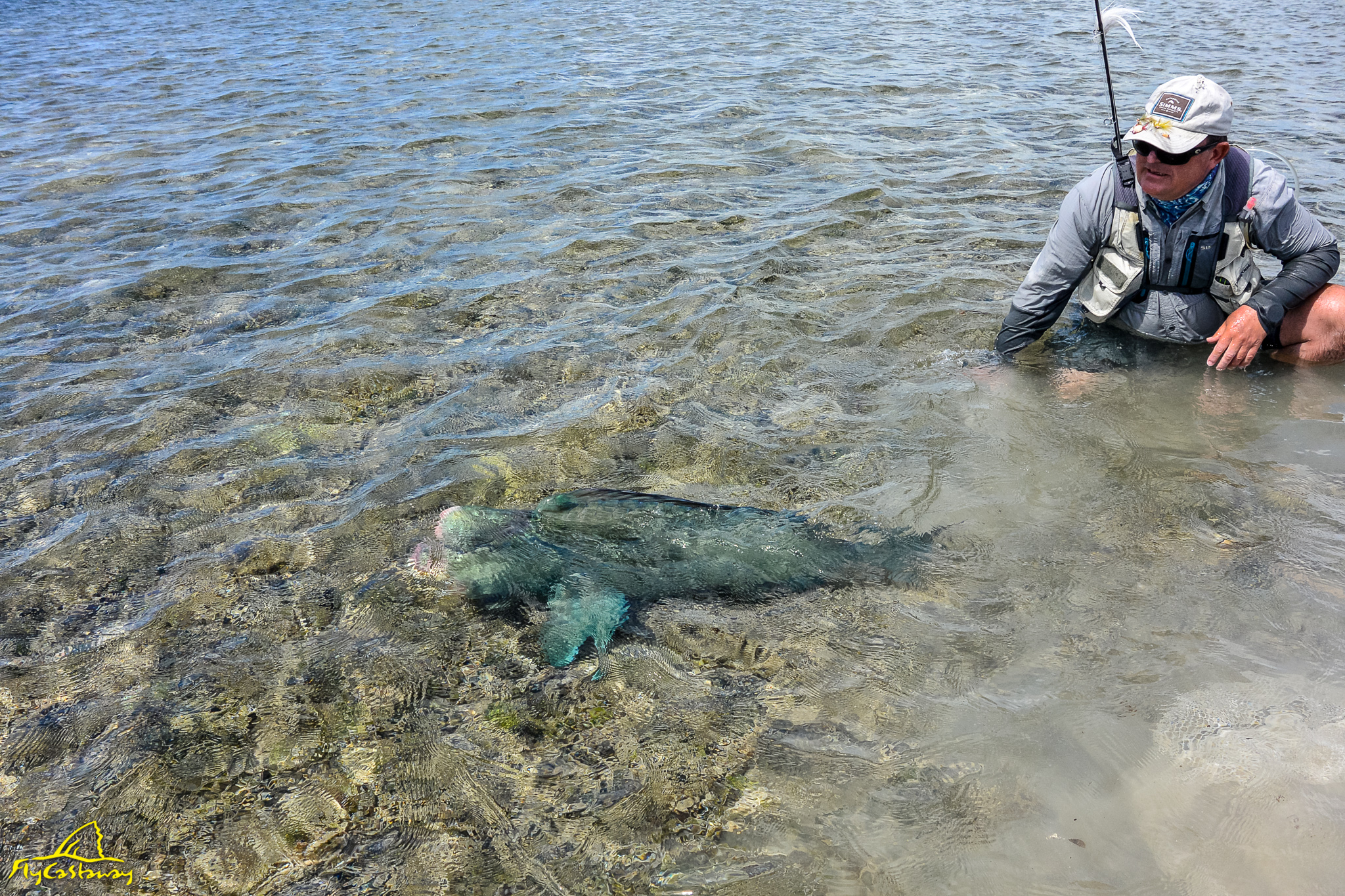 These are just a few highlights that will remain with me in my head forever. We experienced so much more and we saw an amazingly wide range of species. There is something truly special and sometimes unreal about being in a wilderness where untouched life continues right in front of you.
The group really capitalised with 35 GT’s being hooked, 23 of them being landed and photographed. There were excellent numbers of triggers on the flats and we hooked 17, landing 7. The bumpies also provided some great sport, but like the GTs and triggers not all hooked fish resulting in a fish being landed. Two of these very special fish were landed and provided great excitement to angler and guide alike. 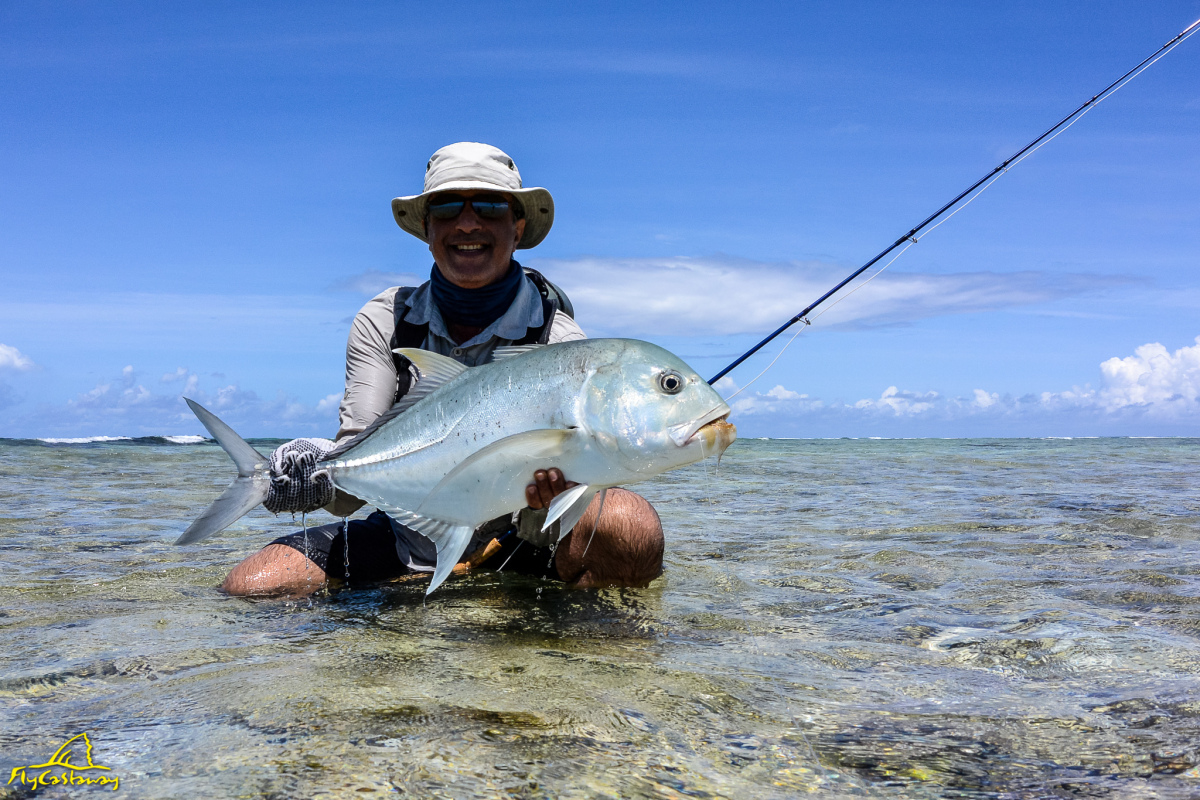 The operators are doing a fantastic job on Farquhar. They took great care of us and it should be noted that safety is a big theme for them. They also have made huge improvements with the lodge, the food and all the little details that culminate to make your trip the trip of your lifetime. I can wait to return.

Next season is looking very full already, but we have just had some rods pull out of 29 March – 5 April 2019 which is a phenomenal tidal week for next year. The week is a neap to a spring over the new moon. The tides build over the week with low tides first thing in the morning and you will fish fishing a pushing tide through most of the day. As it is a neap tide at the beginning of the week this push will be relatively gentle and by the end of the week those tides will be hitting the springs and coming in quickly offering some fast and furious action. It’s a text book tide for multi species and GTs. 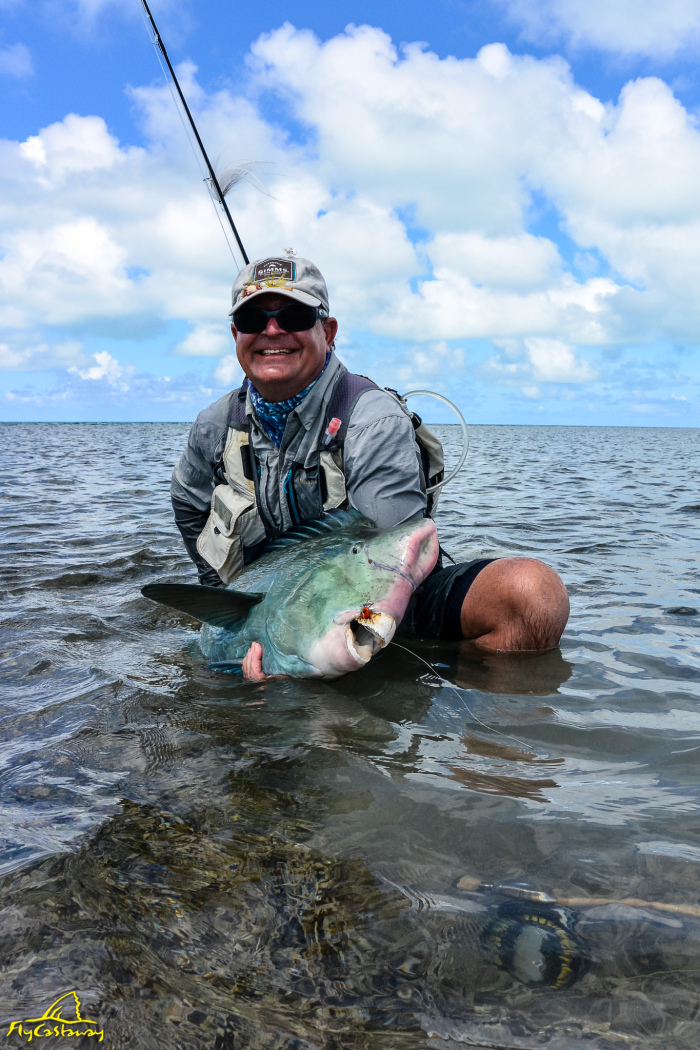