Last year my long awaited trip to Providence was cut short by tropical cyclone Fantala and I am counting the days before I head back in March. Head Guide Tim Babbich has me twitching in his season fishing report below. Peter. 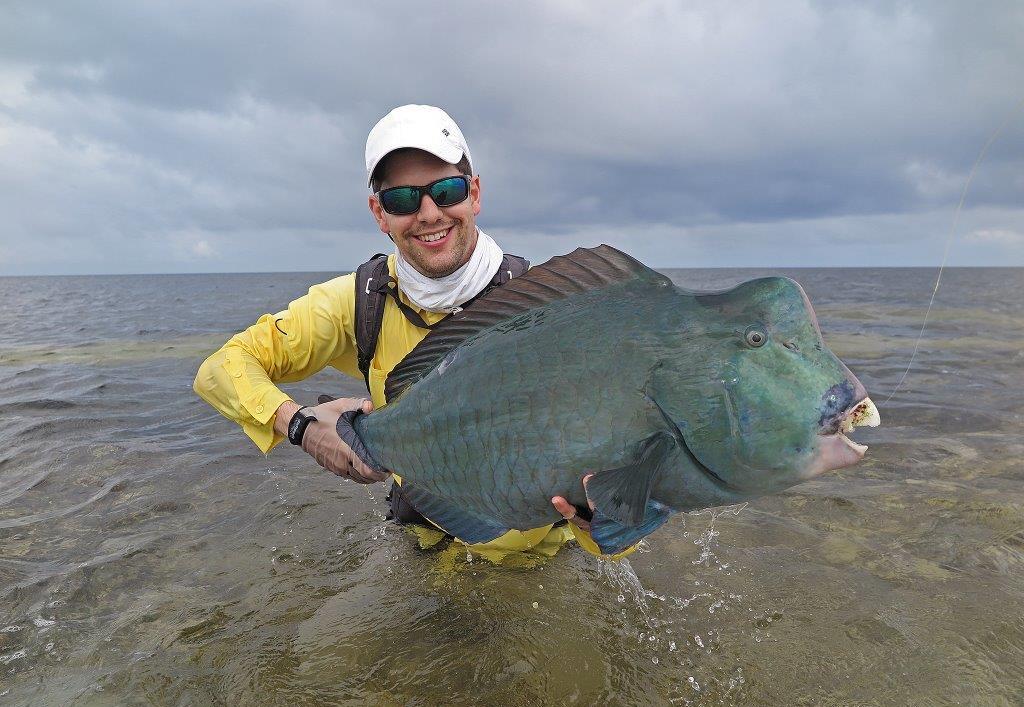 Despite last year being my 11th year of guiding in the Indian Ocean, I still kick myself knowing I get to spend extended periods of time in these remote saltwater wildernesses…none more so than Providence Atoll – arguably the wildest of them all! Reflecting back on the Oct/Nov season I am bombarded with images of teeth, tails and bills. Trying to put into words what a day or week is like out on this enormous atoll is damn near impossible, but what I can tell you is that it’s a place of extremes; a place that doesn’t care who you are or where you are from. It’s wild, unpredictable, but best of all it delivers fishing moments and sessions which, as far as i’m aware, are not found anywhere else on this planet! 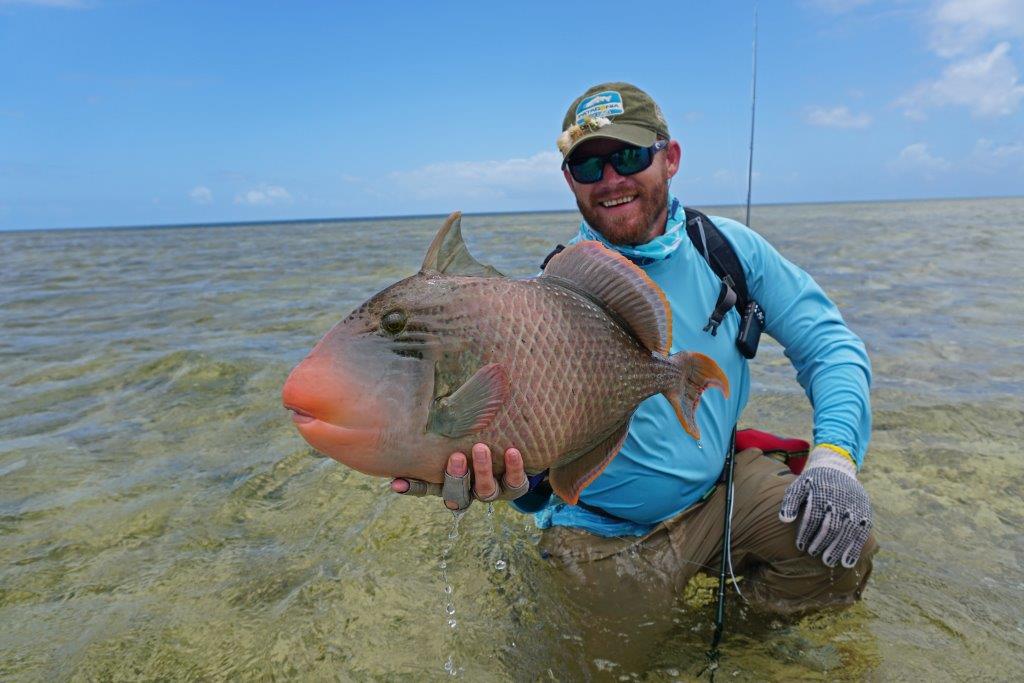 Well known for its incredible diversity, specifically the number of species which can be encountered in a single day by an angler, this season delivered record numbers of Bones, Triggers, Milkfish, Bluefin Trevally and Bumphead Parrotfish. There wasn’t a day where these species did not feature, which is a true testament to what a special fishery Providence really is. On top of these more highly documented species our guests also tangled with countless other reef species including Marble and Saddle Back Grouper, Bohar Snapper, Napoleon Wrasse and many more….all of which added colour, depth and new experiences to our guests’ angling. On top of this it provided some exceptional bluewater fly fishing for Milkfish, Yellowfin and Dogtooth Tuna, Wahoo, Sailfish and others. Only very unique and special places allow anglers to cast a #2 crab pattern at tailing Triggerfish and five minutes later throw a cast at busting tuna or a slashing billfish in the deep water. To give you an idea we landed 28 different species of fish on fly during one of the weeks this past season. Incredible…yes…but that’s just the tip of the iceberg as far as what Providence can deliver. 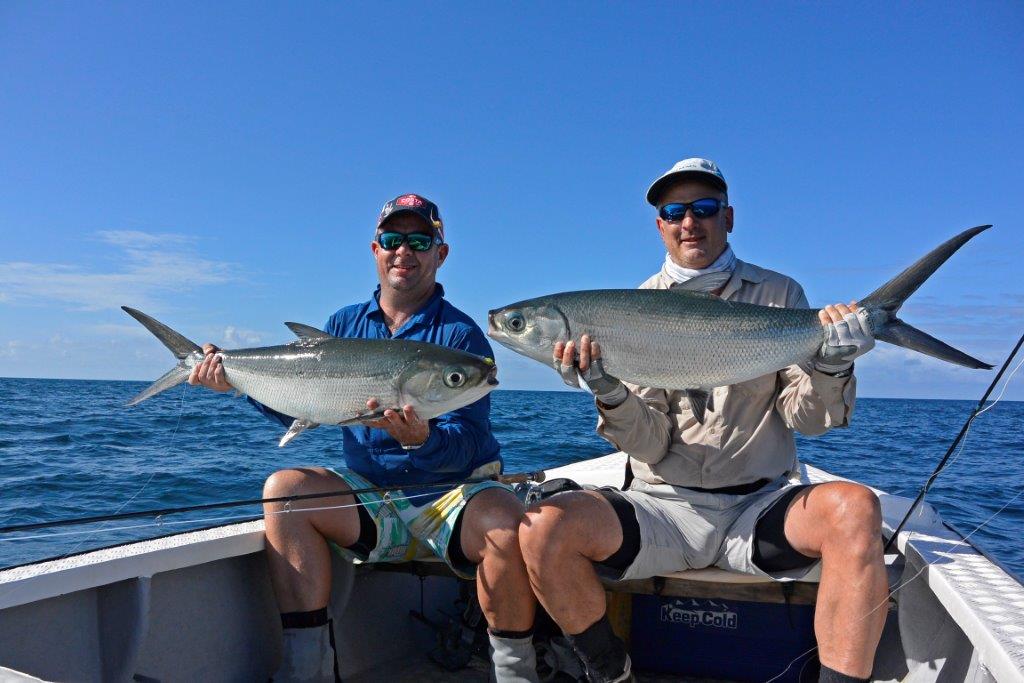 For most people however, there is one species which draws them to travel to these wild places in the Indian Ocean more so than any other…GTs. They are a big attraction for most who fish Providence with us due to the numbers the atoll plays home to and the large average size we encounter there. There were times this past season however which were tricky for us when it came to our famous friends; some weeks we encountered large numbers of GTs and other weeks less so. This was due to an unusually extended off-shore swimming crab migration which pulled large numbers of fish into deeper water where they could gorge themselves on the abundant and easy food source. In saying that, we still encountered some incredible GT fishing and managed to land over 30 GT’s on every single week (a feat most other fisheries would be proud of). The best week, numbers wise, was an impressive 90. Size wise we landed a high number of un-teased metre plus fish on the flats, on one particular week we landed no less than 7 of these magnificent creatures. Congratulations must go out to Bill Harris and guide Warren Deysel who together landed our largest fish of the season which measured 127cm! 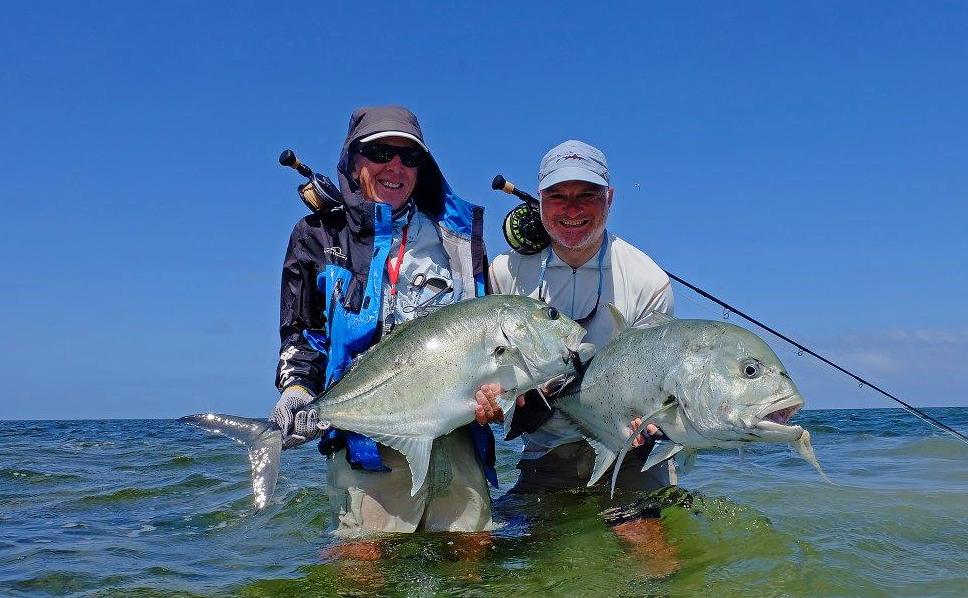 Other thoughts regarding the season lie with the operations which revolve around the Maya’s Dugong, her captain and crew and last but not least my fellow guides. The Dugong and her crew as always provided us with a reliable, safe and efficient platform for us to work from and no large amount of effort or small request was ever too much trouble. This allowed us to head out every morning for over two months on time, well fed and rested, on tender boats which ran smoothly and uninterrupted, thus allowing our guests and the guides to focus solely on the reason we were all there…to experience the wildest saltwater fishing on the planet. The same goes to my fellow guides who put in 110% day in and day out throughout a long season, something I am extremely proud of and which I look forward to doing again in March this year.

Finally a big thank you must go out to each and every client who joined us last season, your sense of adventure and passion for fishing allows us to study and become part of a truly remarkable ecosystem and fishery…a real privilege! 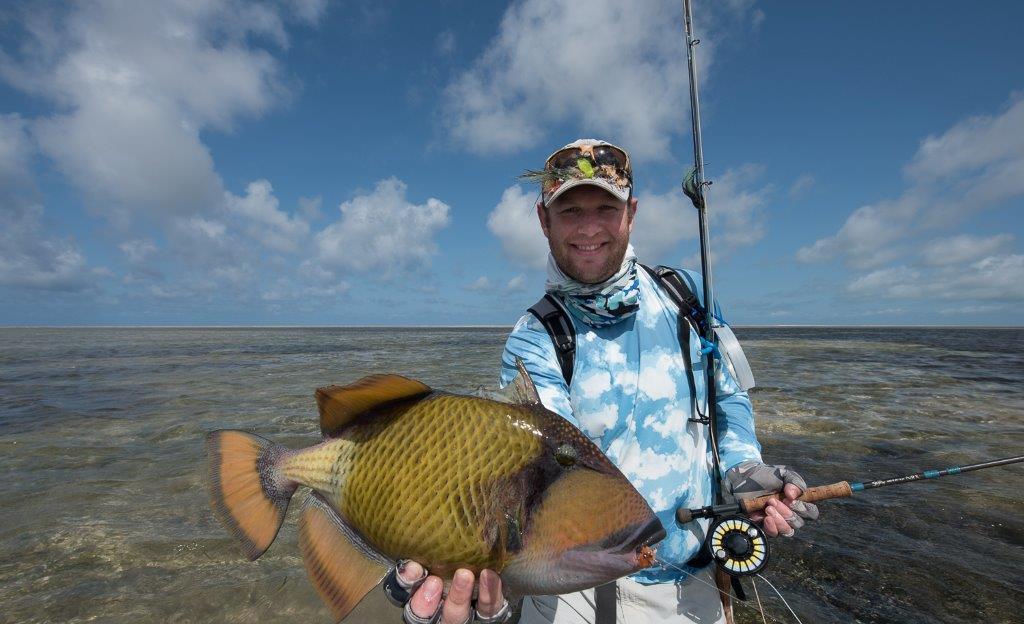 I am already counting down the days until the 19th of March and hope to see some of you out there. No doubt we are in for some incredible fishing including some great GT action! If you want to get an idea of what’s in store, take a look some of the special we caught this past season and what one can expect on this truly remarkable atoll. 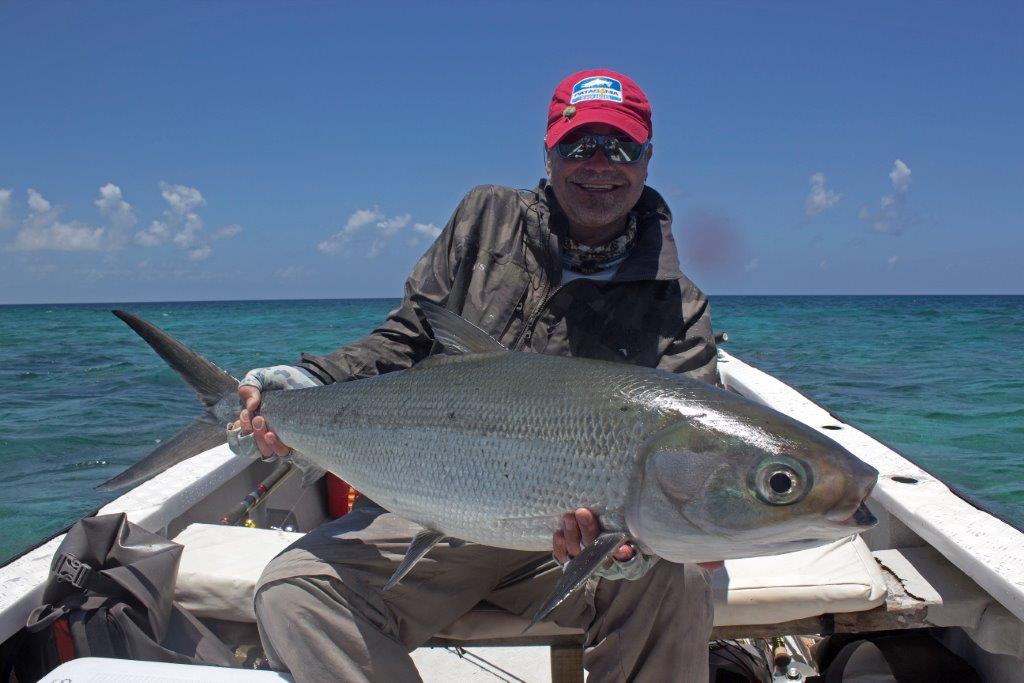