Seychelles; Astove the first weeks of the season, 8 to 22 February 2016

After a long wait, full of anticipation, the second leg of the Astove Atoll season has finally arrived. Sadly the season started with some bad weather; overcast and rainy conditions, which made it tough going. However, it wasn’t long before the teams started seeing multiple GT’s cruising the flats looking for their next meal. 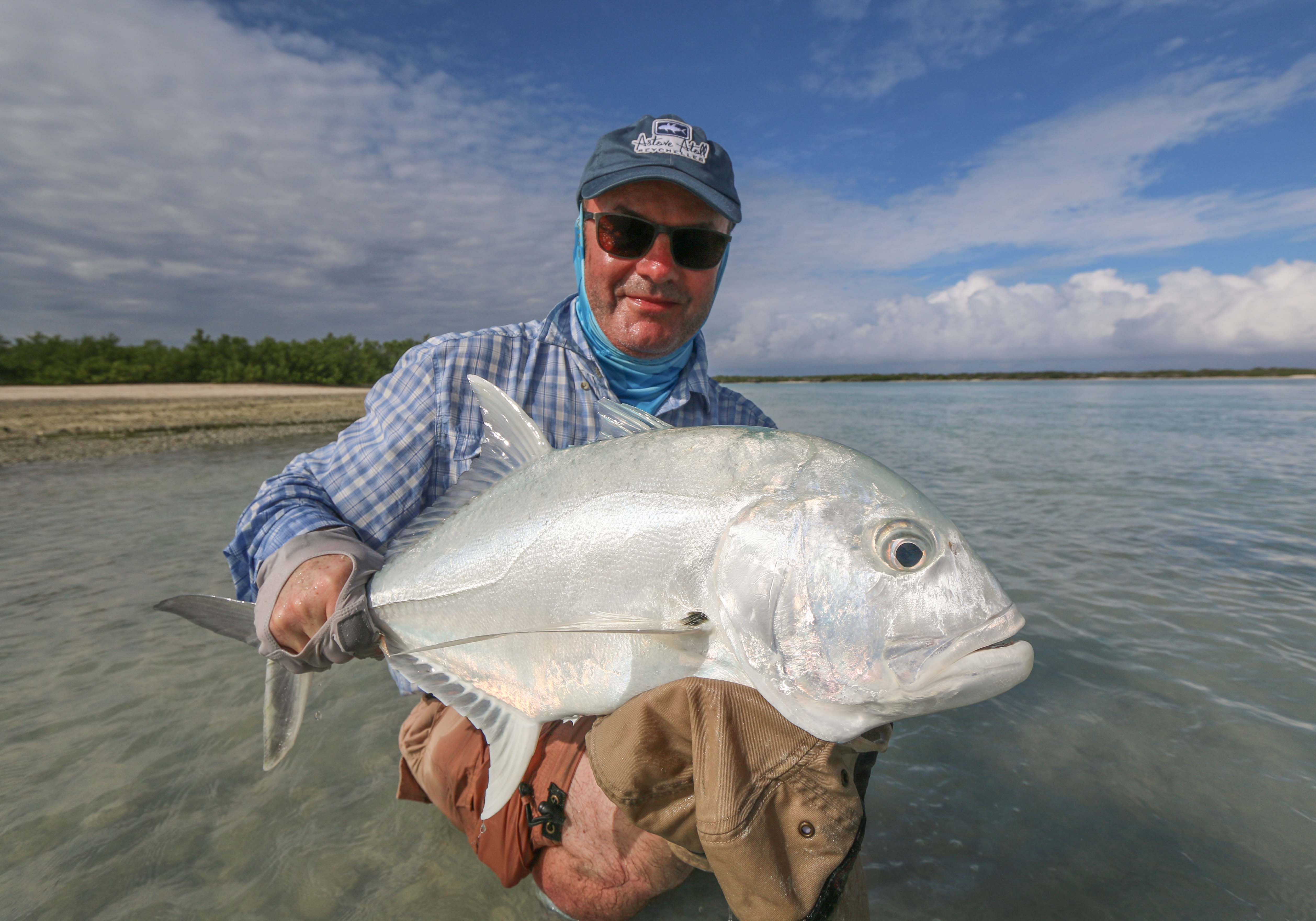 Fishing buddies Bill Powell and Jim Conrad both relished in the opportunity of catching their first ever GT’s no more than five minutes after stepping onto the flats for the first time. Maria started off her trip with a fantastic 95cm GT, a Moustache triggerfish and Bonefish, making it a “Flats Slam” on the first day of the season. 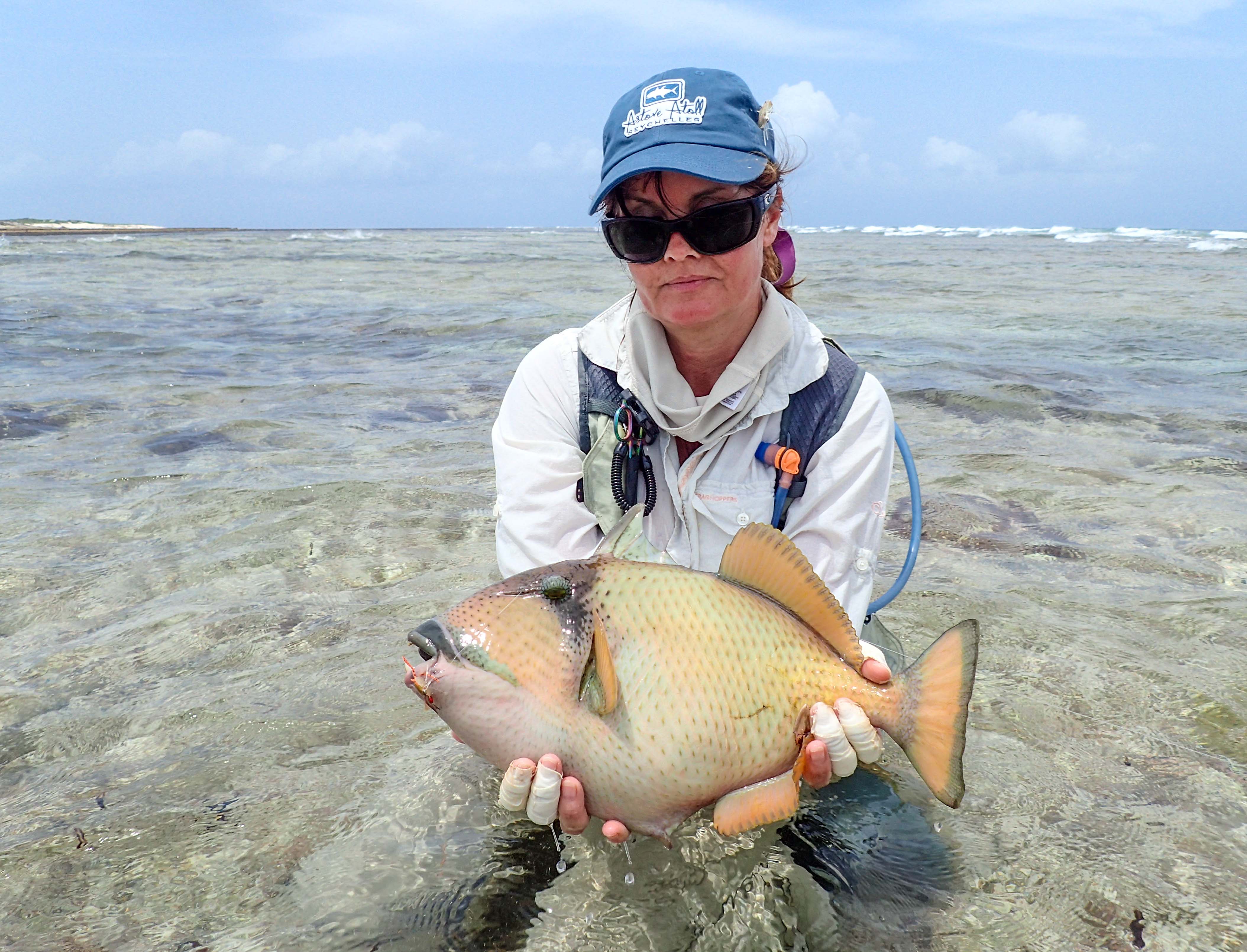 Some bad fortune also came into play as three 100cm plus fish were hooked and lost in the opening few days. Ian McNeil got his fair share of fish and arguably lost the biggest fish he has ever hooked. Sadly the fish was too big of a monster to turn and he regrettably found coral 150m into his backing. 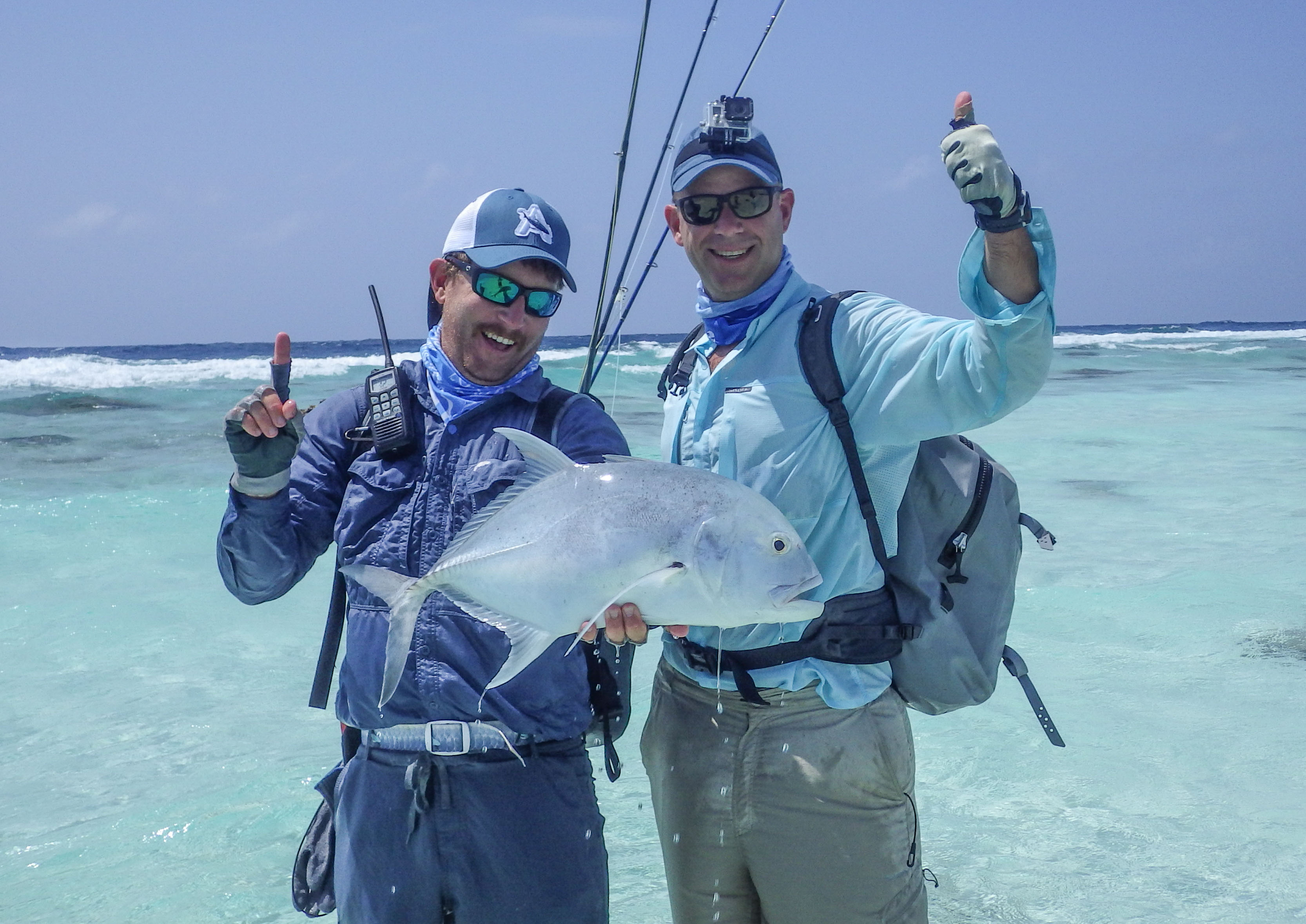 Gerd Boesch landed the most GT’s in week 2 but also lost a trophy fish, which left him breathless and wanting more. True to form Joern who regularly frequents Astove Atoll landed the biggest GT of the first two weeks measuring 106cm. 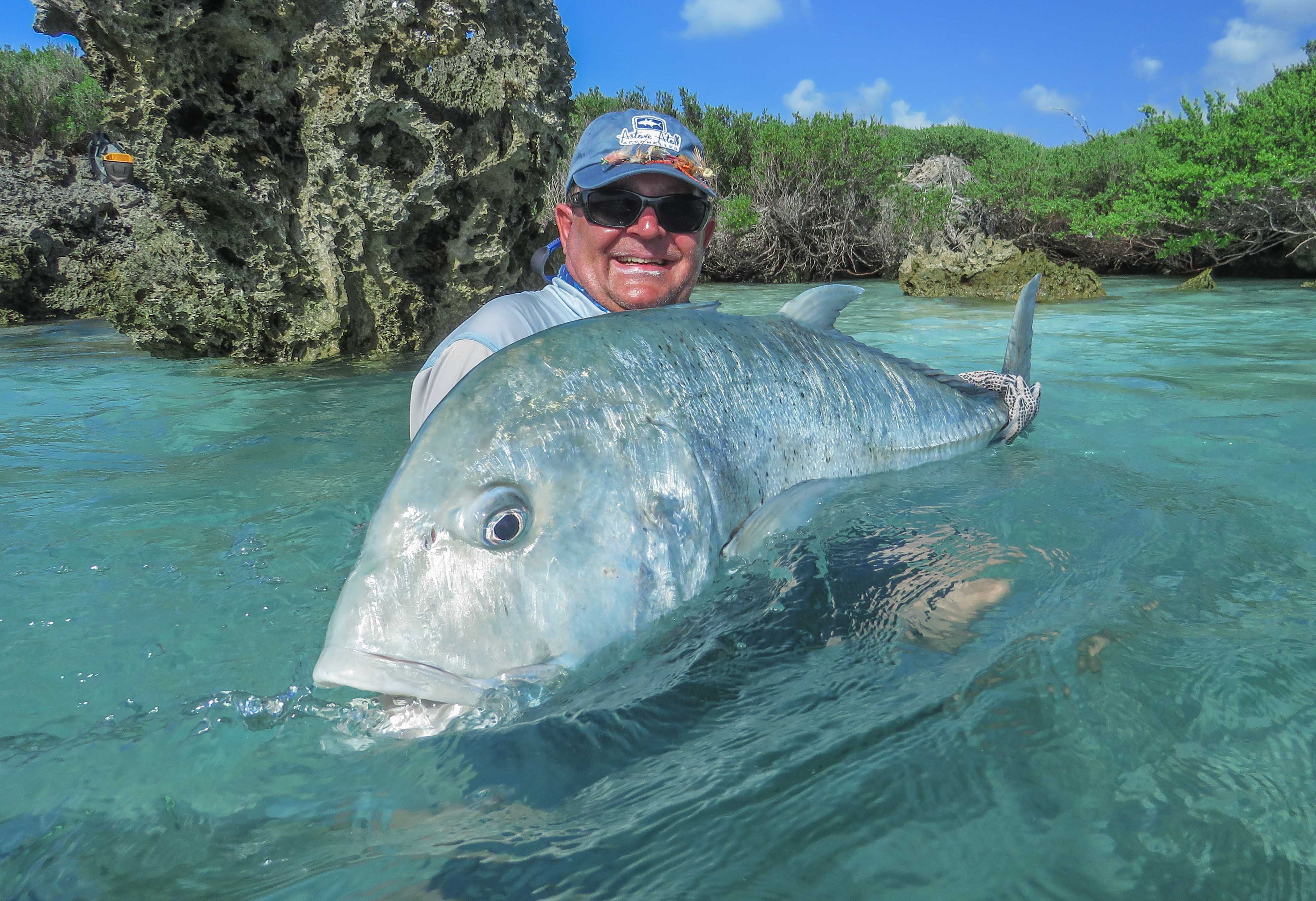 With a sequence of events that gave the fish multiple chances to get away he defied the odds thanks to his and the guides skill and with a little bit of luck on his side landed the fish amongst sharp coral and mangroves. 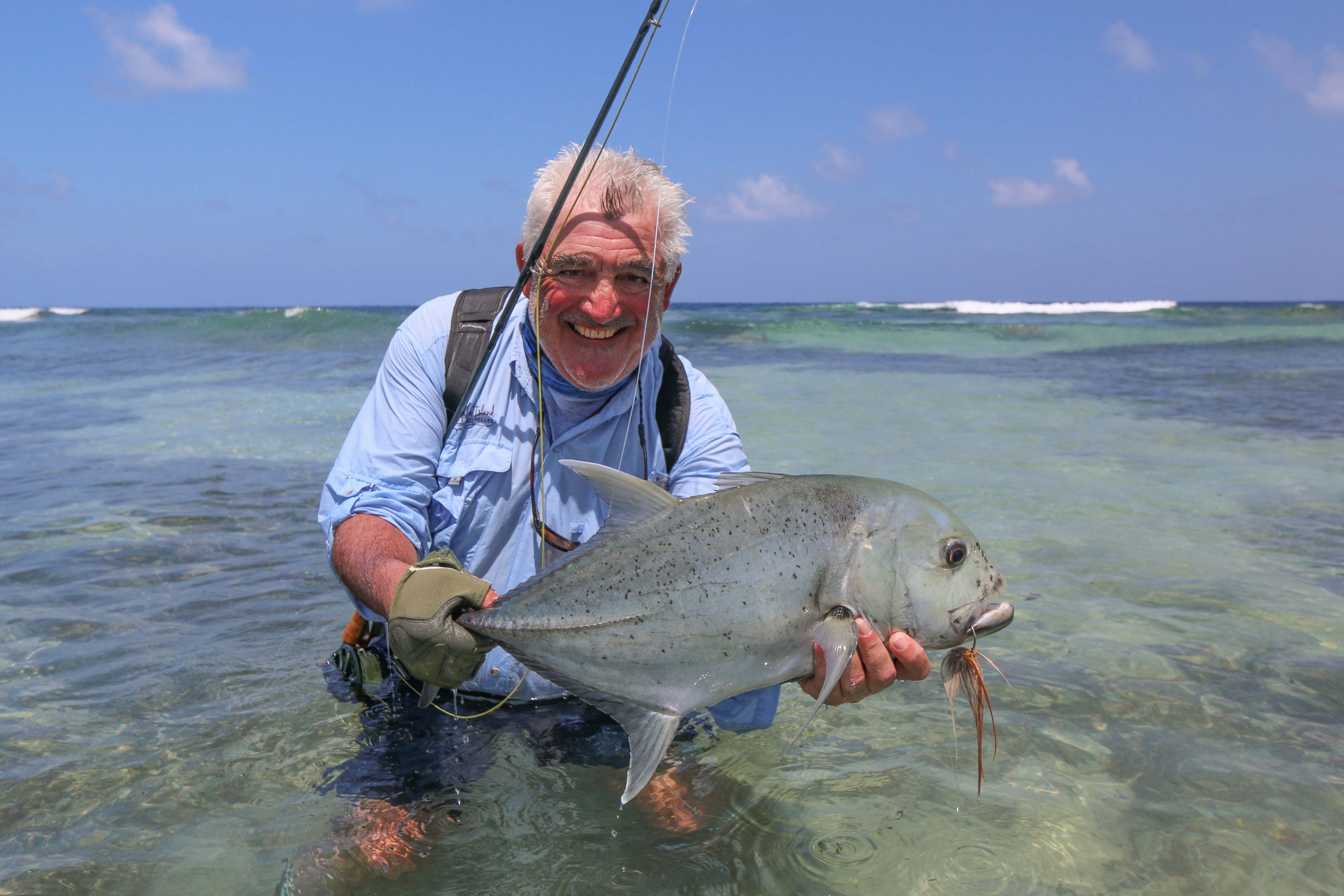 The bonefishing inside the Astove lagoon is always ‘out of this world’ with skinny water and tailing fish as far as the eye can see. What has been interesting to note is that the guide team have been seeing more and more Permit in the Lagoon and surprisingly around the outer flats, which boasts well for future weeks. 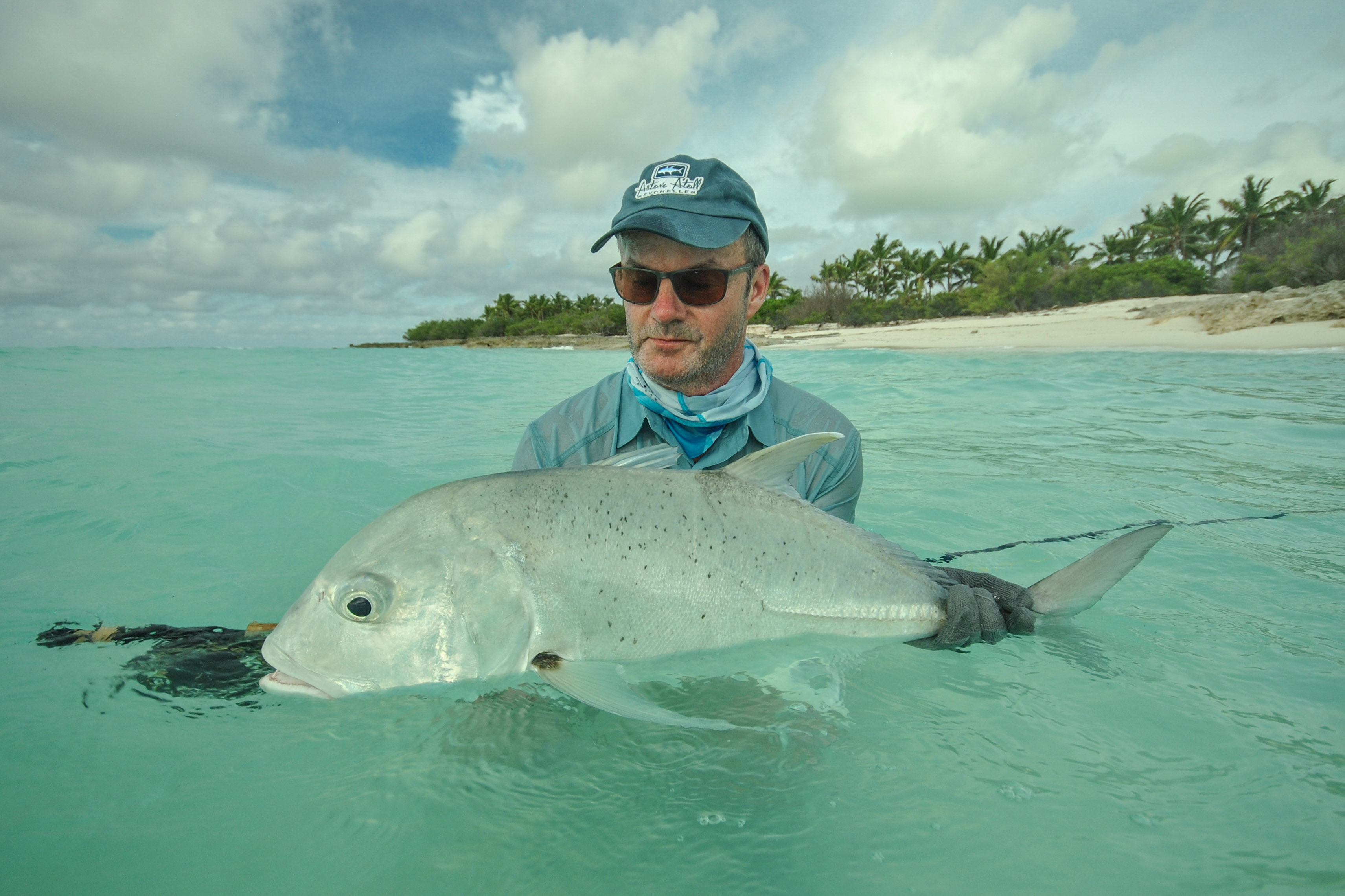 A great start to the season. Tight lines from the Astove guide team!

If you would like more details on Astove, Cosmoledo or Alphonse please contact Charlotte Chilcott or call the office on ++44 1980 847389. 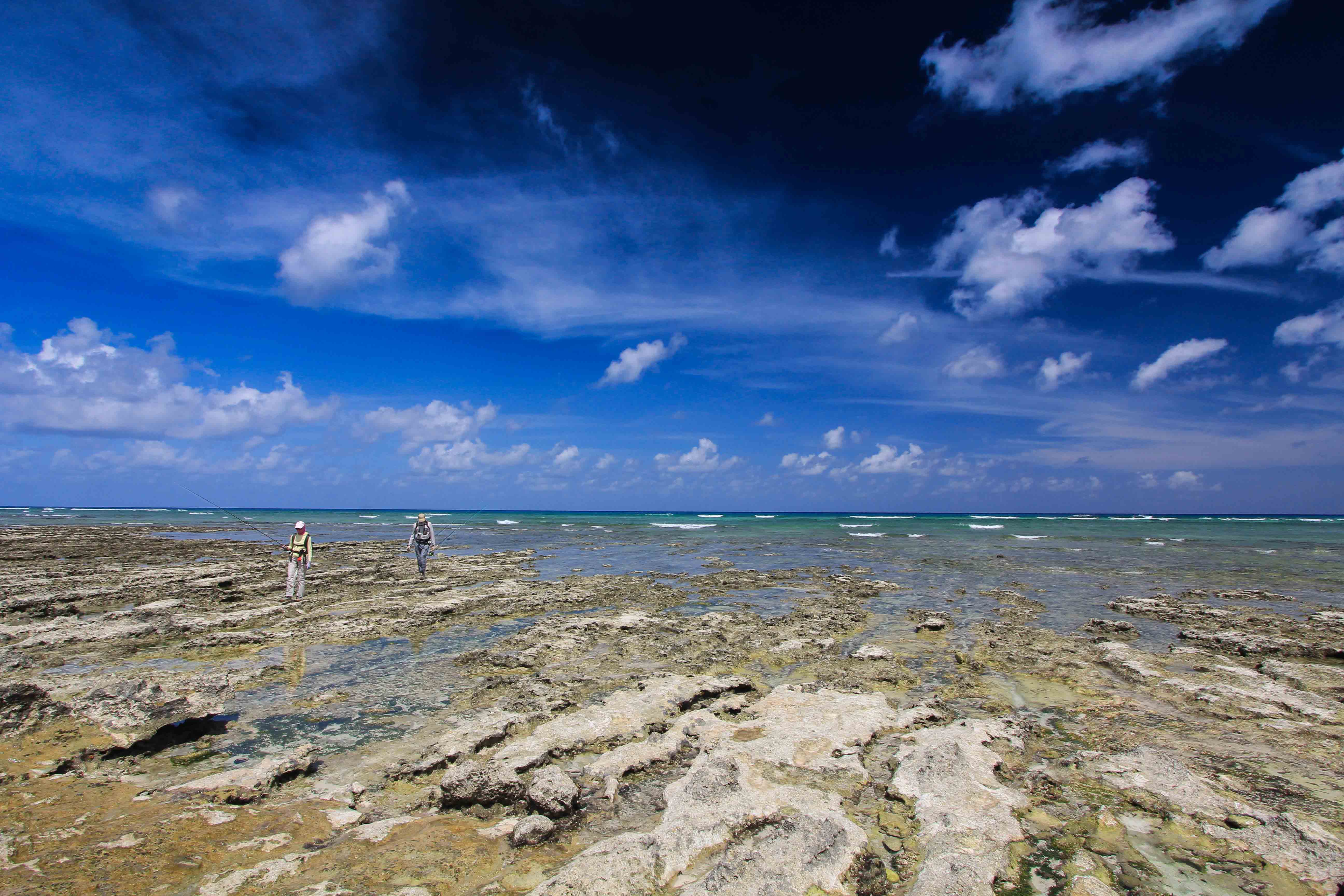