After a three month rest there was a great deal of excitement on the Gryphon as we leave Port Louis for the start of the new season. The group consisted of a couple of guys from the US, three guys from Russia and one SA representative. It usually takes a while for everyone to settle down and get to know one another but this group is different, dinner wasn’t even served before the conversations started rolling in. Fishing stories of various destinations made everyone even more excited of what might happen in the week to come and after this trip I’m sure St Brandons will be right up there in their list of stories. 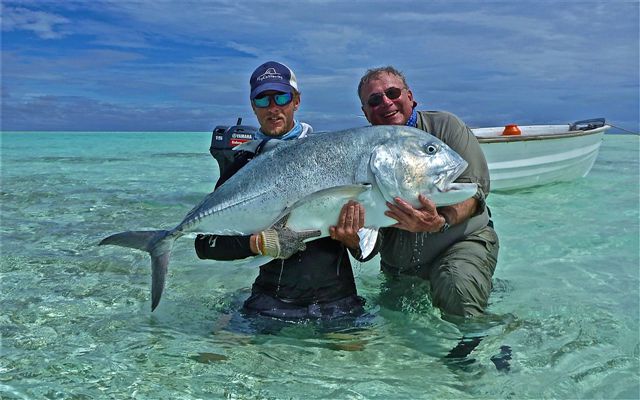 After the crossing we finally made it to the atoll. The guides immediately woke up as soon as we felt the calm water; the excitement was too much so we decided to keep ourselves busy by preparing the tackle for the weeks fishing. As soon as the sun peaked over the horizon we were welcomed by the blue water I remembered St Brandons for. Once we paired up with our guests we head out, eager to give them a taste of the bonefishing St Brandon’s widely acclaimed for. 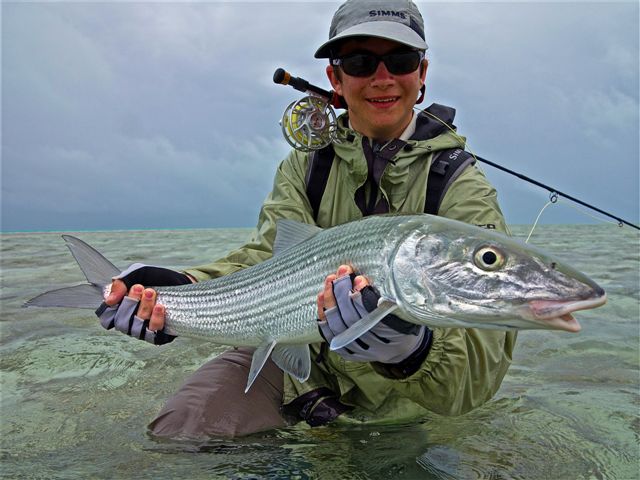 From the word go we found good numbers of bonefish on the big sand flats and in amonsgt them were some eager greenspot and golden trevally just to keep things interesting. The occasional permit also showed up but as with these fish sightings don’t always lead to hook ups. Tim radioed me around lunch time telling me about crazy number of tailing Permit that they found on the pushing tide but Permit being Permit they too ignored all offerings. At the end of a long day on the water the guides discussed some of the latest phsyical changes to the atoll (this haoppens every season. Rest assured the Bonefish were still here and our guests were eager for more. 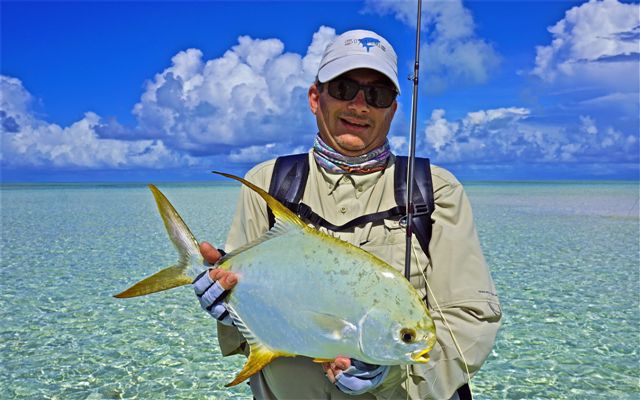 After a good rest we jumped out fo bed eager for the second day. Right off the bat we found good shoals of bonefish and when we got tired of catching fish out of shoals we moved into the shallower water looking for bigger singles and doubles. Tim later had a double hook-up with two GT’s in the 120cm range but then disaster …..both snapp fly lines snapped. Nick managed to get a good mix of species in and around the Bonefish one fish being a smallish  Permit (each one needs to be svaoured nontheless). 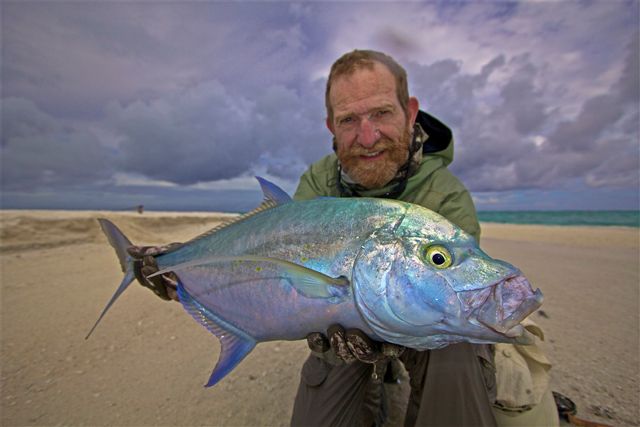 What happened next was something no one saw coming. The weather turned upside down and buckets of water fell from the sky. Aftre checking an updated forecast it seemed as if it was there to stay and so what else could we do but head off fishing…it’s not all bad you know. The bones were still around even if the conditions made things slightly nore tricky and we still managed to get some quality fish during the week. One truly special fish being a 128cm GT that Gar managed to land with the experienced helping hand of the head guide Tim, a fish of a lifetime by any standards! 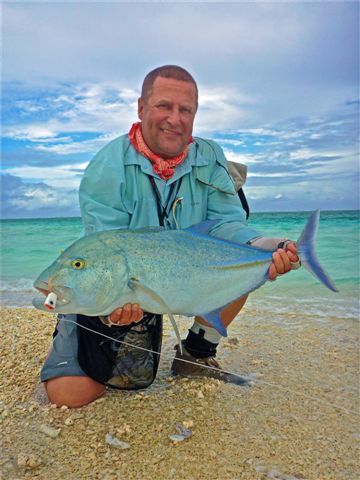 Throughout the week we managed to land a bunch of bones averaging around the 7lb range losing some bigger ones to coral etc. Brad finally managed to get his 14 year old client Vladimir into a 10lb bonefish….congrats Vladimir! All in all it was a very eventful week landing a good mix of species, plenty of Bones as well as some trophies. Considering the weather I think the week still produced some great results for a really great group of people!  Until next week