If asked if there was only one saltwater destination I’d like to fish again, it would be St Brandon’s atoll in Mauritius. It is a truly impressive fishery so enjoy Craig Richardson’s season report; it’s straight from his fingertips as St Brandon’s Head Guide. Charlotte.

St Brandon’s atoll in Mauritius has it all. With its large powder white sand flats, marl and turtle grass edges, sand spits, surf zones, islands, it is a truly superb flats destination. This, coupled with its enormous size and the number of the above scenarios we have the opportunity to show our guests, it’s little wonder why anyone who has been privileged enough to fish or guide on St Brandon’s ranks it so highly. It therefore comes as no surprise that St Brandon’s once again reaffirmed its ranking as the most consistent saltwater flats fishery in the Indian Ocean. Day in and day out anglers were treated to spectacular wade fishing sessions, which at times are hard to put into words. On top of this we experienced very few bad weather days, the early morning cloud cover providing text book bonefishing conditions before burning off, providing ideal sight fishing conditions for Permit and the numerous Trevally species along with more Bonefish. Even when we did have some rain, it never hung never around for too long. 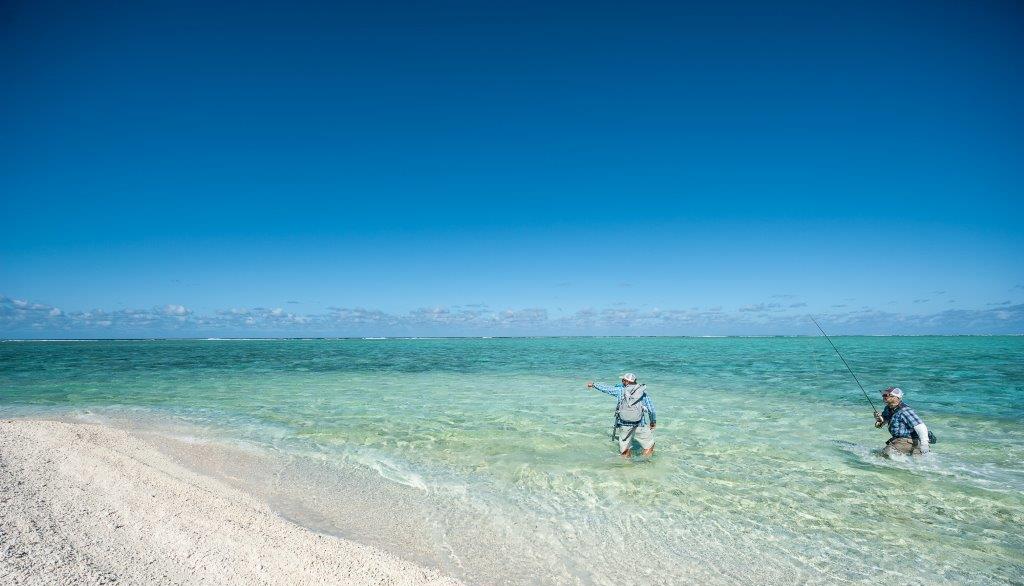 As such we encountered incredibly consistent bonefishing throughout the season. Now that might sound like we experienced average fishing, however the bonefishing on St Brandon’s is the furthest thing from average you can imagine. On most mornings guests enjoyed sight casting to singles, doubles and small pods in ankle to shin deep water, the average size of the fish being a very healthy 6lbs. Mixed in with these average size specimens however were good numbers of 7-8lb fish and on most mornings fish of 9-10lbs were certainly seen and cast to. As such, during the 4 expeditions this season we landed six double digit Bones; the fortunate anglers to hold these incredible fish being Mike Dawes, Zach Barrett, Dan “Rooster” Leavens, Julian Robertson & Julian Fantarella. A terrific Bonefish season as per usual! 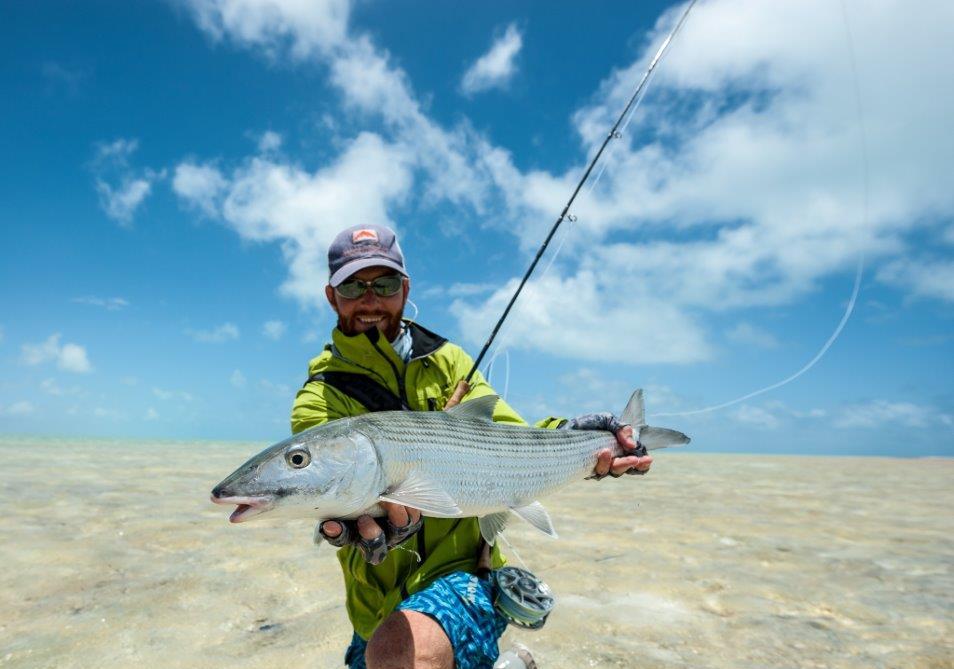 The GT fishing this past season was quite tough from a landing ratio point of view, but hellish rewarding and exciting as always to be a part of. Plenty of big fish were seen throughout our 4 expeditions but getting the fly in front of them, getting them to eat and then landing them was a much harder feat. Our fish are unlike the majority of the Seychelles GT’s that are aggressive and constantly on the lookout for an easy meal. Most are old resident fish, many of which specialize on eating 5-8lb Bonefish. As you can imagine getting them to eat a 5-7inch streamer takes some doing. This, coupled with the fact that they are seriously large and hang around coral means many of the ones we do connect with end up winning. Nonetheless it remains a massively enjoyable species to guide for and when all comes right is a real privilege to be a part of. Mike Dawes, Frikkie Maartens and Dan ‘Rooster’ Leavens knowing exactly what I’m talking about. 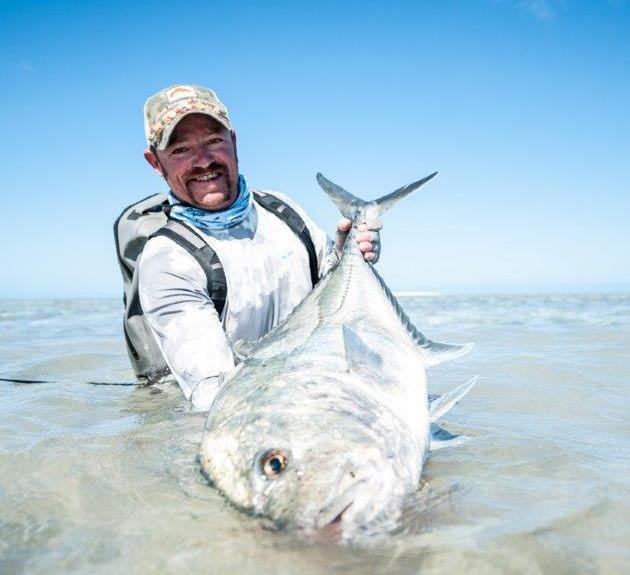 The standout fishing for me this season was the Permit fishing our guests enjoyed. It was nothing short of outstanding! I cannot remember seeing more fish around during the two previous years I have been on the atoll, as a result we landed 16 of these prize fish during the 4 trips. We had opportunities at small fish, medium size fish and trophy fish throughout the period, the number of small and medium size fish in particular hugely encouraging for the next few seasons angling! A few of the special fish landed this season included Mike Dawes’s fish which weighed 15lb, Tony Hayes’ 15lb fish and last but not least Julian Robertson’s 16lb tank. So whilst St Brandon’s is certainly regarded as having the finest bonefishing on the planet, it also offers some pretty special Permit fishing for those who have the skills and nerve to chase these finicky fish. 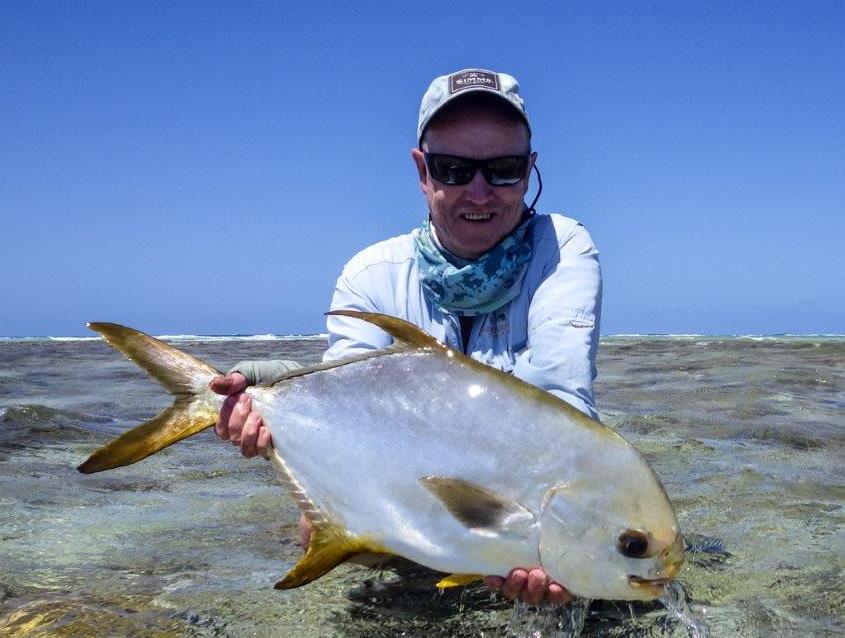 The often overlooked other Trevally species played a massive role this season. The Bluefin were particularly rampant with multiple fish over 70cm landed, the standout specimens caught by Tony Hayes and Matt McHugh, their fish measuring 84cm and 83cm respectively. Our largest Golden Trevally weighed 16lb and was caught by Chris Littuer. 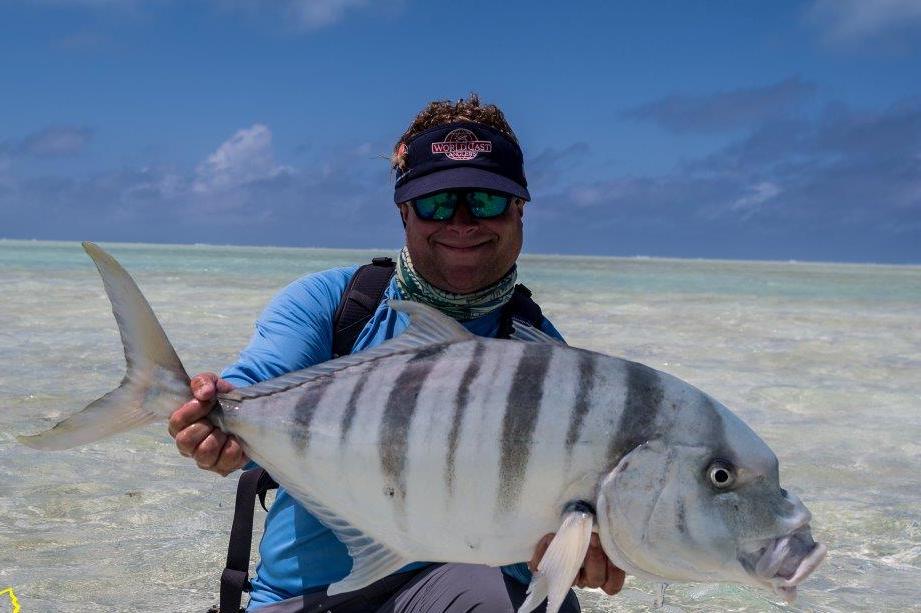 I would like to thank all the guesthouse staff and my fellow guides for a very enjoyable and well run season. The guesthouse and it’s staff have impressed all who fished with us and together with our guide team ensure our guests are well looked after during their time on the atoll. Lastly, thank you to all the guests that continue to join us on St Brandon’s. It is a one-of-a-kind fishery and requires all the protection we can muster! Your support is a huge part of this and we appreciate it immensely. For those of you who have already booked and to those of you who are thinking about booking, please take a look below at a handful of some of the incredible fish this atoll produces. 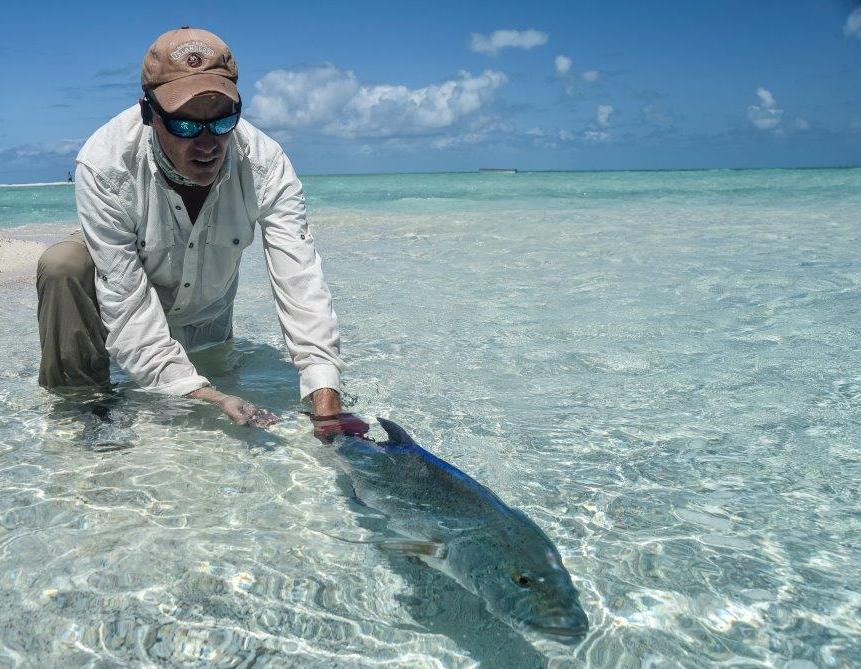