When the movie “Tapâm – a flyfishing journey” came out in 2010 a lot of tarpon fans were dumbstruck. The 30 minutes long film was almost one continuous cocktail of rolling, jumping, hooked, lost, hard fighting and – sometimes – landed tarpon. It wasn’t classic flats tarpon fishing from a poled boat but instead the scene was set on a jungle river somewhere in Central America – and the two crazy fly fishermen didn’t fish from a boat but from float tubes instead!

The Tapâm-movie created a huge of buzz in the fly fishing community and we all wanted to know where it was, and how we could get there. Fishermen knew right away that they would like to experience fishing of that calibre – but nine out of ten also came to the conclusion that though the float tubes really did make the film more memorable, they themselves would prefer fishing from a boat instead of drifting around like an oversized red bobbin on a deep river only a short distance from the sea…

Well, it didn’t amount to any Tapâm-fishing from float tubes, boats or anything else for us drooling poon-fanatics anyway. Understandably, the guys behind the film were very secretive about exactly where the fishing had taken place. 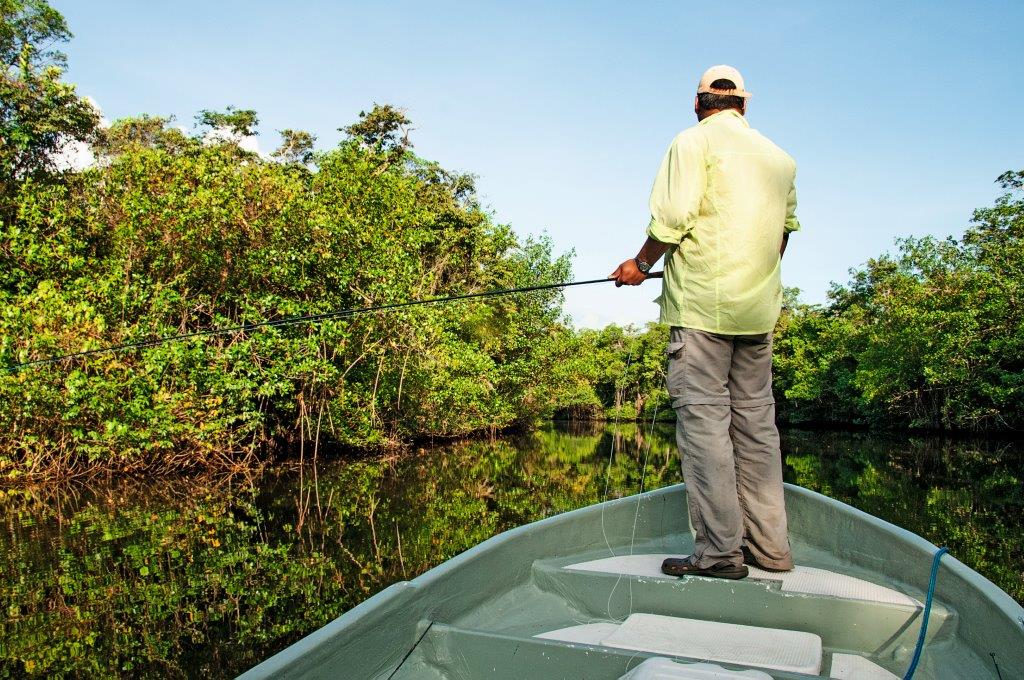 It took a few coincidences, a little luck, two flying Dutchmen, an American-Nicaraguan couple and a Scandinavian fishing nut – but from spring of 2014 everything has moved on so fast that we no longer need to keep it secret. The negotiations with the local Indians has fallen into place, a small lodge in the jungle is under construction on their land and new boats have been ordered. In early 2015 we will see the opening of what must be the biggest tarpon-news in decades and we are delighted that Aardvark McLeod have been chosen to be the exclusive agents in the UK. 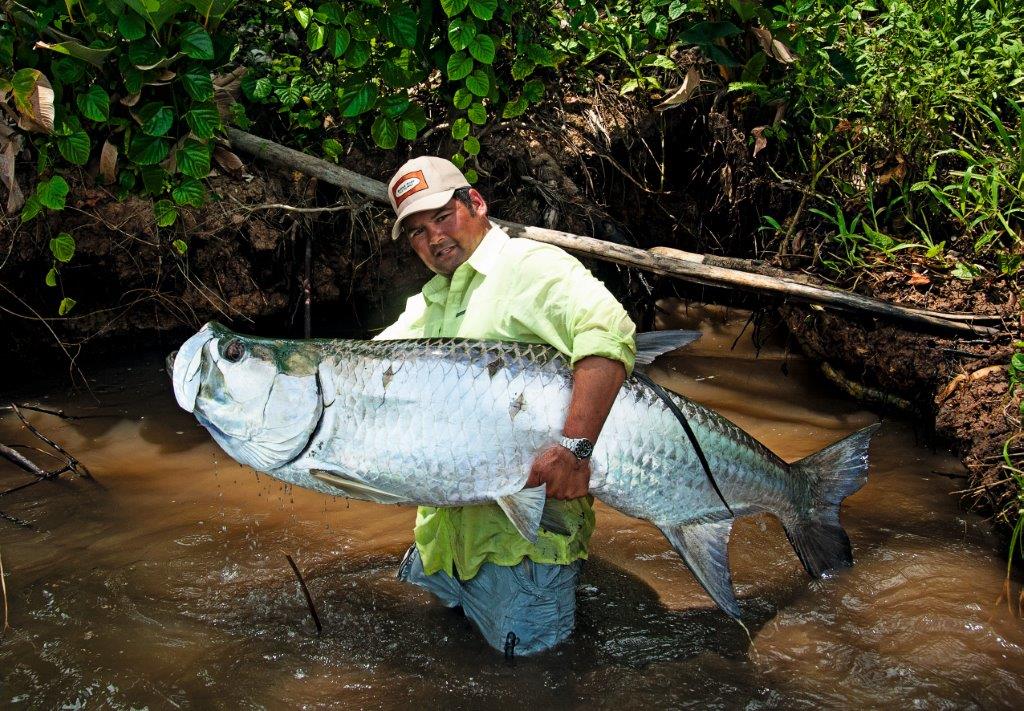 Fishing will occur in the exact same location where the Tapâm-movie was filmed. This unique fishery is on the Atlantic coast of Nicaragua – in a nature reserve where only the local Indians can decide who are allowed to fish there. We are proud to offer exclusive fishing in one of the world’s most interesting tarpon hot spots!

Fly fishing for tarpon here will be with sinking, intermediate or floating lines, according to the conditions. There is a reasonable amount of blind casting, but when the exploratory group fished this spring they noticed that several times a day did tarpon were chasing bait so hard that the surface turned into a frenzy of jumping baitfish. Under those conditions they would strip flies so fast that those big poons would inhale them in huge swirls right below the surface.

During six days in May – on a full moon week where the fishing tend to be tougher and without any prior knowledge of the area – two fishermen hooked 23 tarpon. They saw fish in sizes we won’t even mention. Without any doubt, the area is home to tarpon of way more than 200 lbs! To land them – on a fly rod – is obviously an entirely different matter. 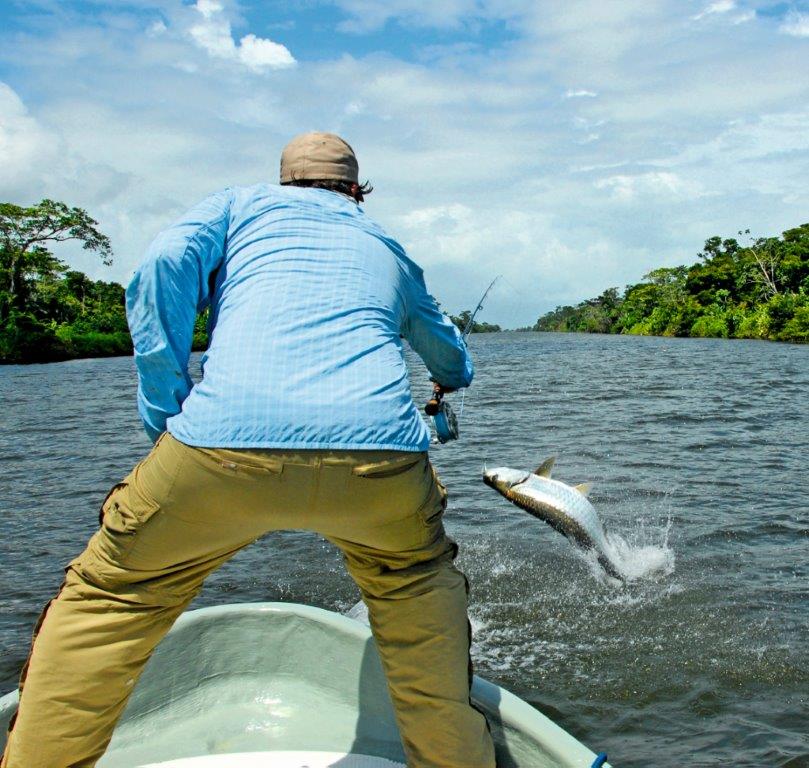 Our first season runs from mid-January until the end of May. Though there will be great interest in fishing this new destination it has been decided only two boats per week will fish. When the 2015 season has closed the decision will be made as to whether this fishery can carry a third boat. Also to aid in conservation and prevent overfishing from the start every third or fourth week will be “closed” throughout the season. It will coincide with full moon weeks where the fishing can be a little tougher anyway and by doing it will ensure the fishery is rested. 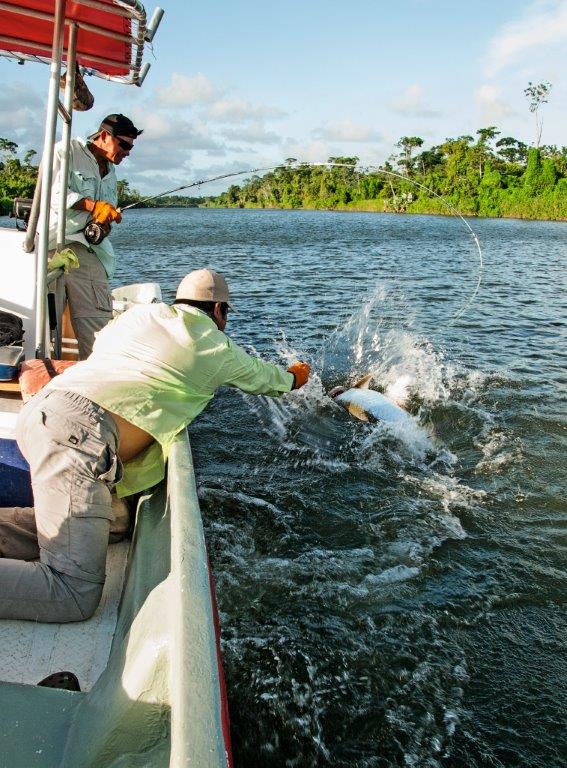 If you would like to experience the first season on this unique destination you must act relatively fast. We haven’t even posted the destination on our website yet, just a few phone calls to friends and partners with a love for tarpon fishing.

Most weeks are already partly or fully booked but there are still open spots in 2015. Of course, we are already taking bookings for 2016, too. The price per week, 6 days fishing (excl. flights) is from €3300. We can offer the following:

The route in will be international flight to Managua with an overnight in Managua and then from Managua to Bluefields. We can only recommend that you also watch the movie. It can be found in tackle shops or you can buy it online here. 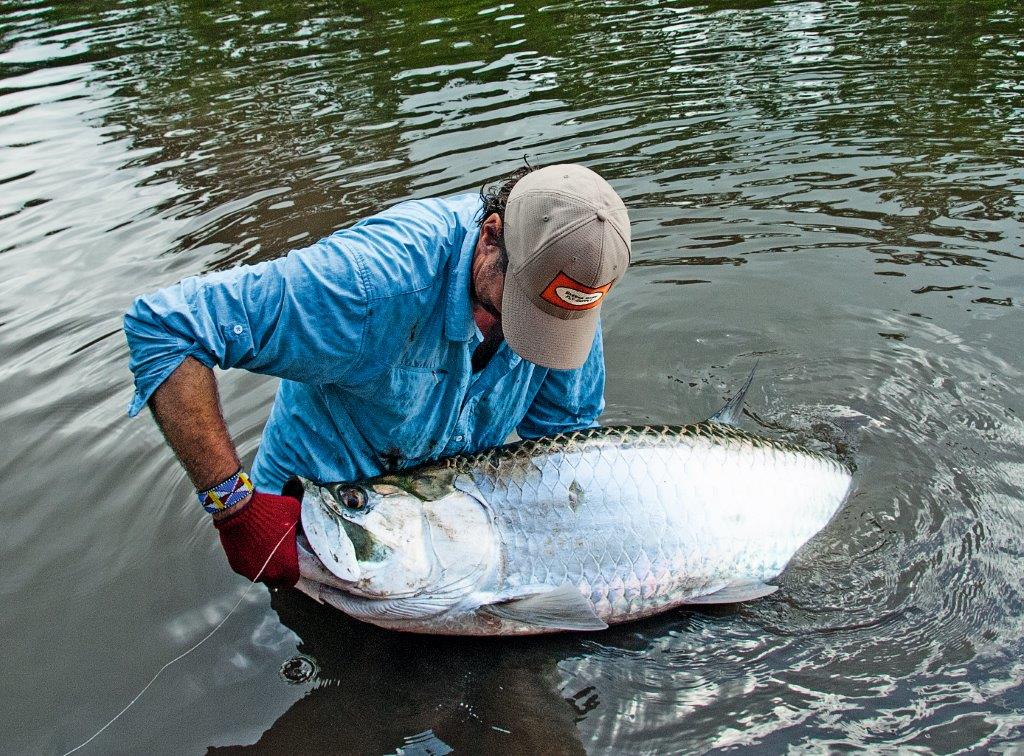 For more information on this new  destination or to check availability for next season please contact Peter McLeod or call +44 1980 847389.