Tarpon are a fish that have gained their own unique following, nicknamed the silver king, they are notorious for heroic leaps and reel screaming runs. Taking up residence in the Atlantic Ocean, they can be located anywhere from the southern Caribbean up to the United States and as far east as the west coast of Africa. The fish range in sizes from baby tarpon (5 – 20 lbs) that often hold within mangrove lagoons, larger resident fish (20 – 60 lbs) and then the giant migratory tarpon (60 – 200 lbs+).

Picking the right destination is key when tarpon fishing, depending on whether you are after numbers of fish or looking for that one giant. With this in mind we have singled out five of our favourite tarpon destinations around the World below. 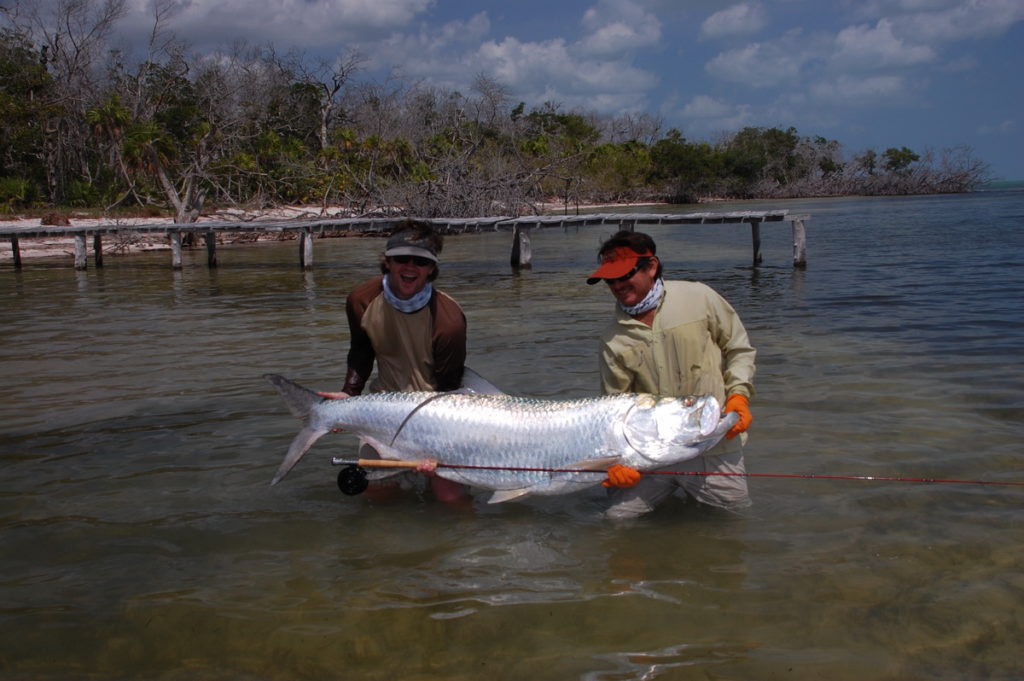 Located on the beautiful small island of Isla Holbox, the Isla Holbox Fly Fishing Lodge offers a wonderful base to pursue tarpon, snook, barracuda and more in the glassy waters and flats of the Gulf. It offers a prolific year-round baby tarpon fishery and in the summer months provides anglers the opportunity to intercept huge migratory tarpon. It is a great location for couples and fishers alike, the lodge offers non-fishing activities including horseback riding, swimming, island exploration, cultural and nature tours. 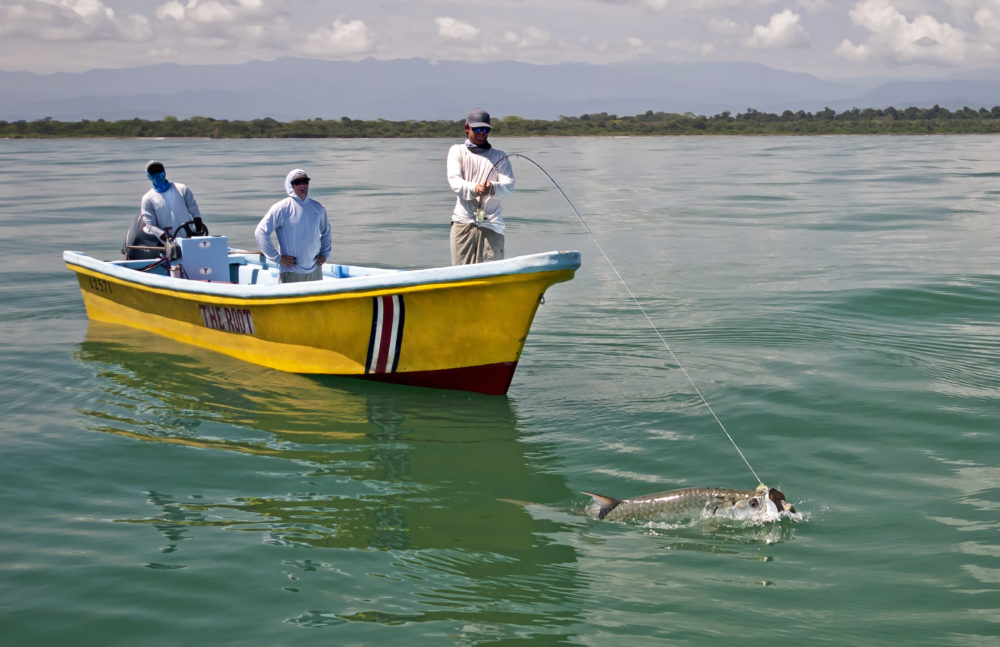 For years, fishermen have heard rumours of large tarpon in great numbers on the Caribbean coast of Costa Rica, near the border with Panama. At Tarponville, tarpon averaging 90-120 pounds are consistently caught on by both lure and fly. Ten hook ups in a morning have been accomplished, and tarpon weighing over 200 pounds have been landed on a fly. Furthermore, the fishing waters are situated in a wildlife and marine reserve, which insures management and protection of the fish and habitat. Complete Tarponville fishing packages include accommodations in a clean and comfortable beachfront lodge located just outside the village of Manzanillo. Each room at the lodge has two beds, ceiling fans, a private bathroom, and a beachfront view of one of the most beautiful coral reefs in the Caribbean. Meals at the lodge will be prepared by local cooks and the menu will include such items as snapper, local fruits and vegetables, and other local delicacies. 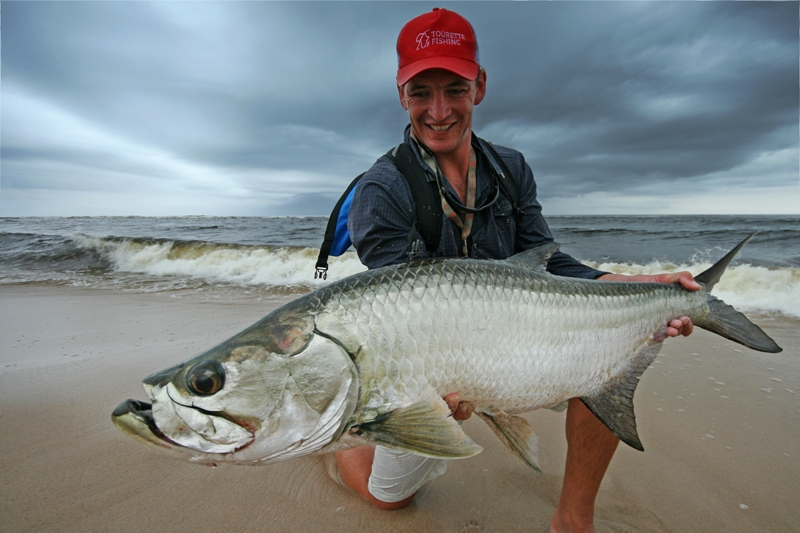 There are very few places where you can target giant tarpon off the beach and the only one where you do it in the company of forest elephants, buffalo and gorillas. This is the longest and wildest stretch of coastline left on the African continent, and it is hard to put into words how special and unique Sette Cama is. The massive estuary system is rich in nutrients, offering the avid saltwater fisherman the opportunity to experience the thrill of targeting the unique species of West Africa with both spin and fly tackle. The abundance of large and aggressive game fish, all eager to attack a well fished lure, is complimented by Africa’s most pristine tropical rain forest which creates the back drop to this one of a kind saltwater fishing experience. 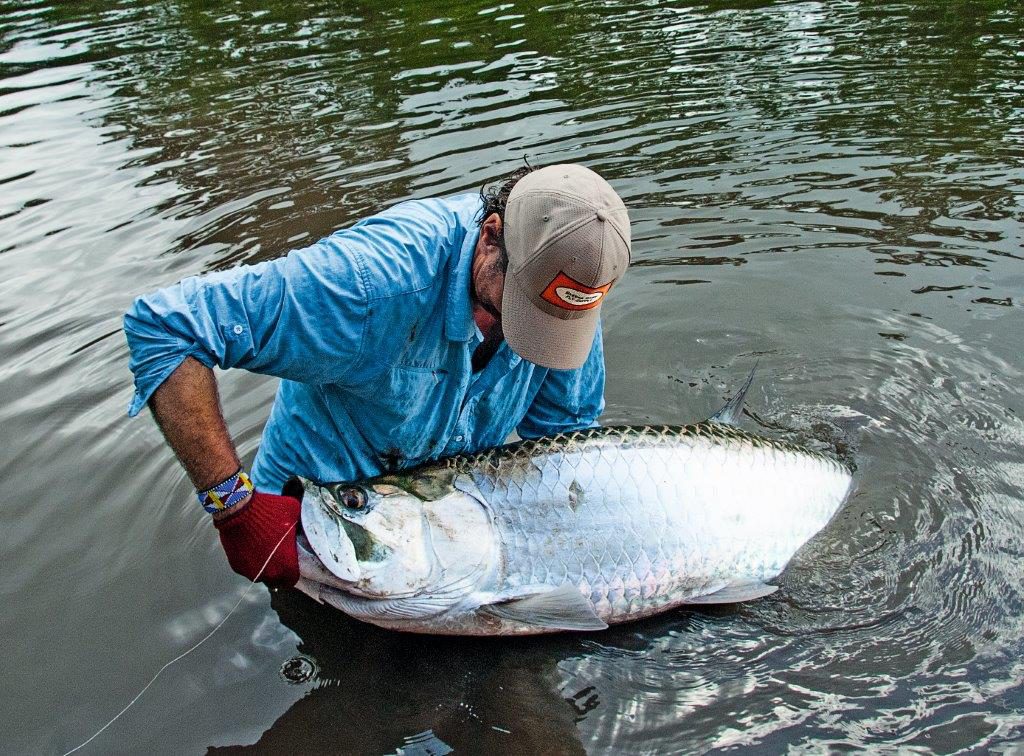 Tapam Lodge in Nicaragua remains one of our most exciting big tarpon destinations. The lodge was set up on the site of the famous film by Daniel Goz where they target the giant tarpon from float tubes. The small lodge offers home to just four anglers a week and the fishing is done from boats in the extensive lagoon system. Hooking fish in excess of 100 lbs is almost commonplace here and fish estimated 150 – 200 lbs have been landed each season. For anglers looking for a jungle tarpon experience on the fly there is nowhere else that compares. 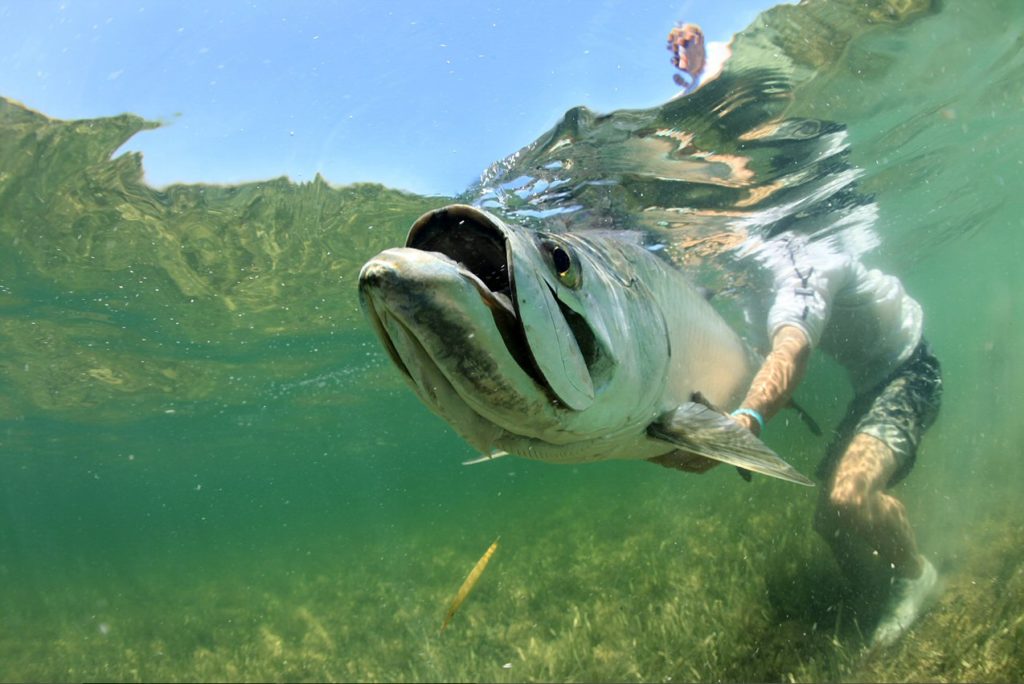 The North Coast of Cuba is known for its excellent tarpon fishing and in particular it’s a prolific hunting ground for the largest migratory fish. One operation in particular leads the way and that is Cayo Santa Maria. Fishing for tarpon here is world class, fish from 10 to 40 lbs are present all year round and migratory fish up to 100 lbs+ start to show up in great numbers from March onwards. As well as tarpon the fishing for big snapper and jack on the fly provides additional species variation. With the Bahamas Channel in the near vicinity, the bluewater fishing offers good possibilities for wahoo, dorado and tuna.