The Laxa I Adaldal and the North of Iceland 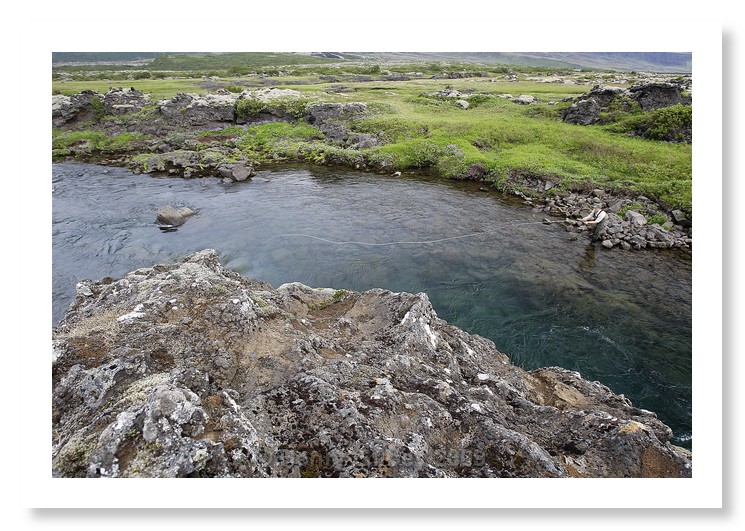 Our last session on beat three of the upper Nordurá was fascinating. Peering over the bridge at Glitstađabru we spotted 15 fish or so laid up. This had been our top producing pool over the few days with fresh fish pouring in daily. It is a long way upstream and well above Laxfoss. There was one fish sitting above a rock half way down the pool that we estimated at 20 lbs plus. He came to my hitched tube twice before losing interest and I caught a smaller one. With the lads on the bridge above giving me a running commentary though my heart skipped a beat as they told me the lunker was following it. We left the pool to settle down and moved further down the beat, casting flies into little rock holes and runs, but did not move another fish. After one more fish out of the bridge pool we headed back for lunch. The end count for our three days fishing was 104 salmon between 9 rods. Outstanding. 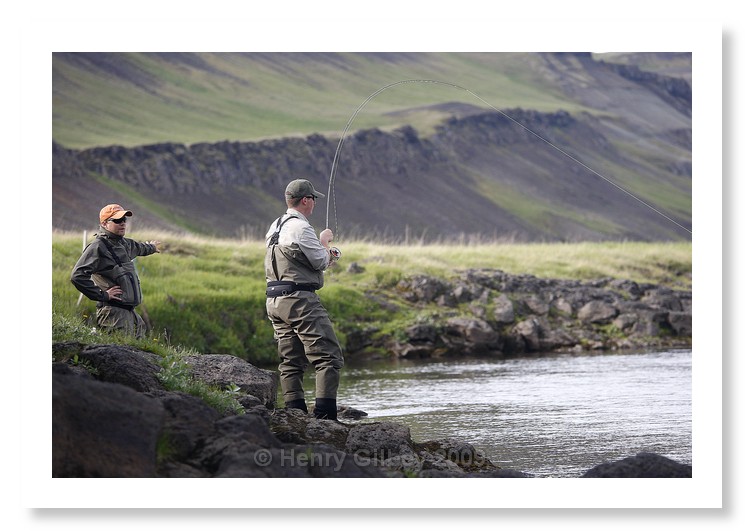 At this point Halli, myself, Henry and Martin we leaving the group as they would spend the next three days fishing Laxá I Kjos in the South East. Our little band of merry travellers were heading North to the Laxá I Adaldal, but this time not for salmon, but the incredible trout fishing on the upper beats. I have fished for salmon on the lower beats a while ago, and this river produces some of the largest salmon in Iceland, some over 20 lbs. The drive up from Nordurá takes 4 ½ to 5 hours, and gave us the opportunity to drive over many famous salmon rivers including Laxá I Asum, Vididalsa, Blandá, Svarta and Fnjoská. Rather than stay at one of the trout lodges Halli had organised for us to stay at the main salmon lodge at Nes with a group fishing the first few days of the season. It was here that me Bjarni, our guide for the next few days on the trout beats. Bjarni has grown up fishing these beats and knows them like no other. 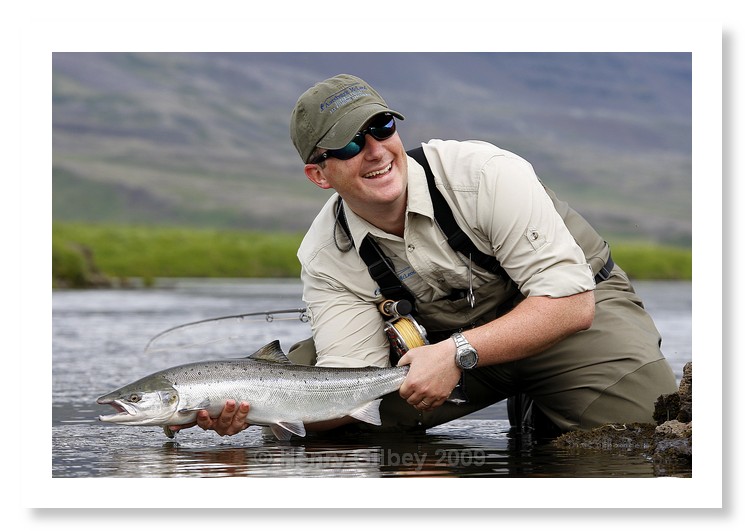 The beats we would concentrate on were the ones above the power station, Laxárdal and Myvatnsveit. Laxadal’s beats are wide pieces of river, and fishing them is a bit like bonefishing. The river is wide but shallow, and it is possible to wade around looking for rises. Myvatnssveit in the other hand runs out of lake Myvatn, and the river is braided with all sorts of channels and runs, a paradise for large trout. The wild brown trout in both these beats are extraordinary, and reach sizes well into double figures. To say I was excited was an understatement! That evening we rushed out to get a few hours of tutelage on Laxadal with Bjarni and learn more about how to fish this river. Although many of the locals use downstream streamer fishing by far and away the most successful is upstream nymph and dry fly. It was a stunning evening with the sun not dropping below the hill, and although we saw quite a few rises neither Martin or I had any success. It was a great few hours to become acquainted to the river though and pick Bjarni’s brains. 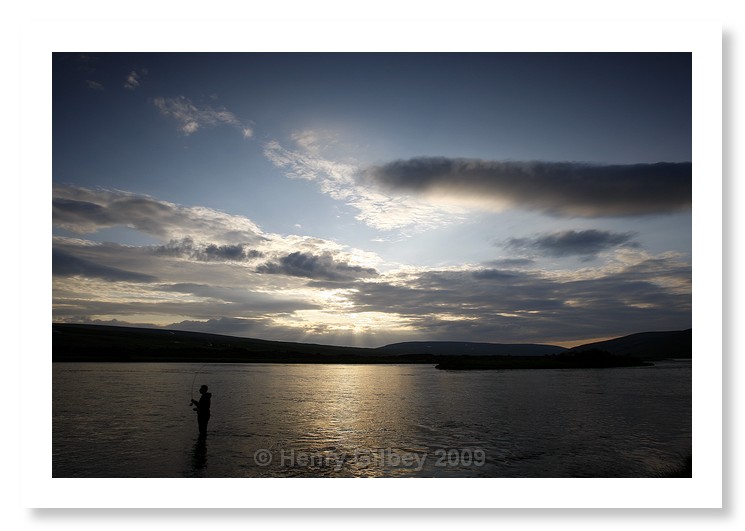