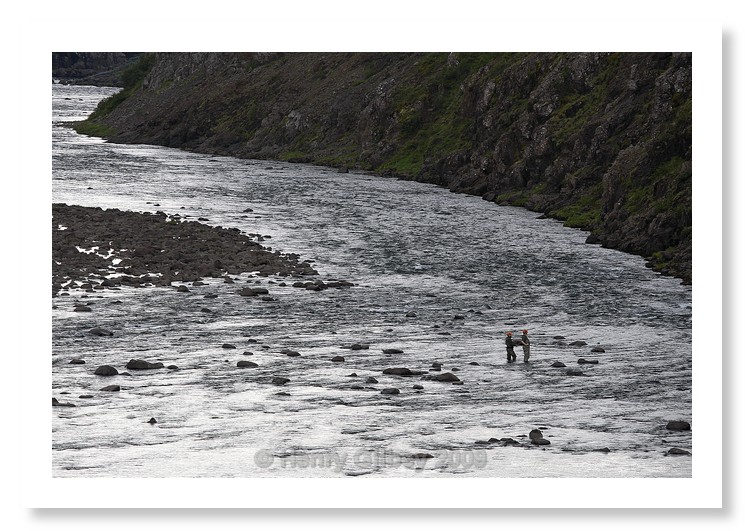 I was beginning to feel the toll of the Icelandic fishing sessions this morning as I crawled out of bed and into the shower.  A large belt of coffee and a good breakfast had me ready to go again. Destination Laxfoss and the lower waterfalls. On arrival down at the pool there were salmon crashing into the tail of the pool making the heart move just that little bit faster.  Halli had me fish a small pot at the base of that waterfall. The pot is about 4 meters deep with white water moving over the top. The small tube skipped over the white water and twice a fish came powering from the bottom of the pool to hit it, but missed. The take here is incredible as the fish have to be totally committed to the take, and quite often will come clean out of the water to hit flies. 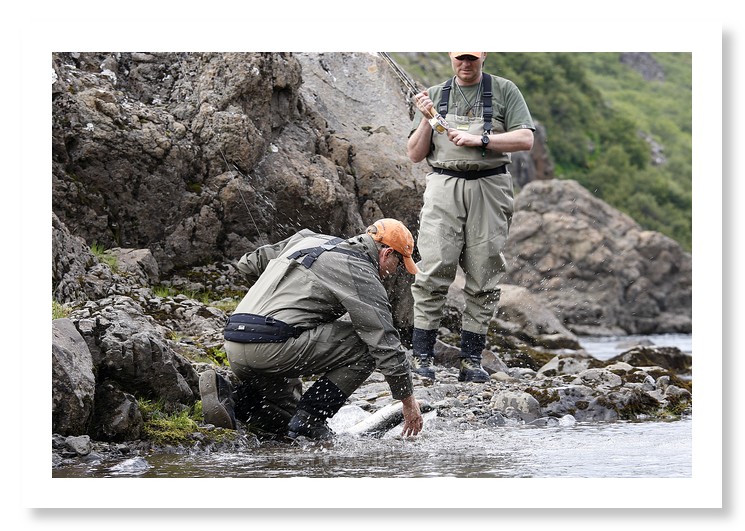 I fished down through the rest of Laxfoss pool and it was possible to actually see the salmon in the cuts in the rock. It was not until the tail did I manage to move any fish, and one fish came three times before finally hooking up to the small hitched Blue Vulture fly I had become so fond of. It is impossible to describe how exciting it is to see an Atlantic Salmon behave like a trout, just head and tail on the fly as it skims over. Often they will thrash at the fly in a bright silver splash of water which can have your heart in your mouth.  We finished off in the lava field further up on Svunta. Halli and I peered over the edge of the bank into the draw of the pool to see a number of fish hanging in the current. I was dispatched with the speed of a thousand gazelles to the top of the pool and cast across the V-shaped draw with my favourite Blue Vulture, but nothing was interested. I changed to a small size 12 Silver Sheep and repeated the performance as Halli guided me onto the fish from the vantage point of the high bank. On the first cast I was rewarded with a line snatching take and immediately drew the fish up into the slack water. It was another lovely 6lb bar of silver, still sea liced. With that we broke for an early lunch as we were to be joined by Martin Kelly from Hardy Greys, and our own short wearing head banging photographer, Henry Gilbey. No longer will you have to put up with my rubbish pics. 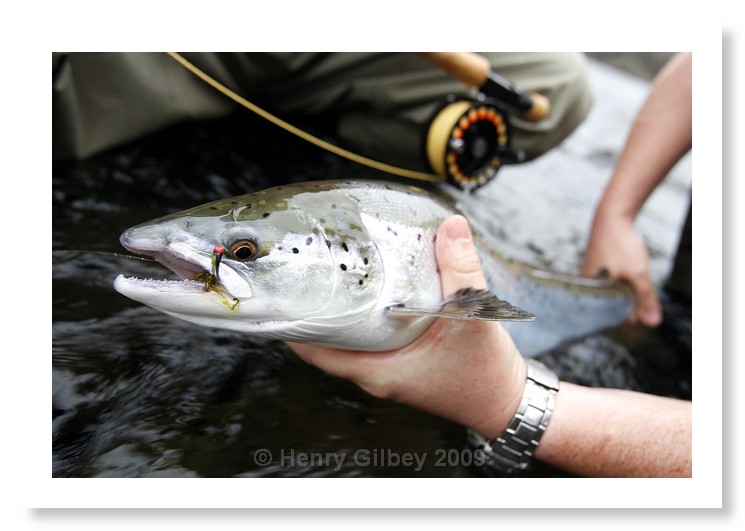 Henry and Martin arrived at 1700 having arrived on the 1500 flight from London.  By 1715 we on the river below the lodge in the canyon, and by 1717 Martin was into his first fish on the hitch. It gave both Martin and Henry the opportunity to discover what an incredible river this was. We then moved down to the cuts we had fished the day before and Martin caught another cracking fish. It still amazes me that so many fish will hang in such a small cut, and that they can see and hit such tiny flies travelling over head.  It gave us a chance to test the other rods, a 9’6” 7# Angel 2, a 9’7# Hardy Demon 4 piece model, and a 9’7# Hardy Uniqua, a new range appearing next year. Both were fabulous, but I still think the Demon range is a huge amount of kit for the money.  The light was fantastic and Henry got some great shots, so all in all a good evenings fishing. At dinner that night we found the group was now up to 76 fish in 2 ½ days, and Chris had a fish of 7.5 kg so was celebrating. Only one more session to go on this incredible river. 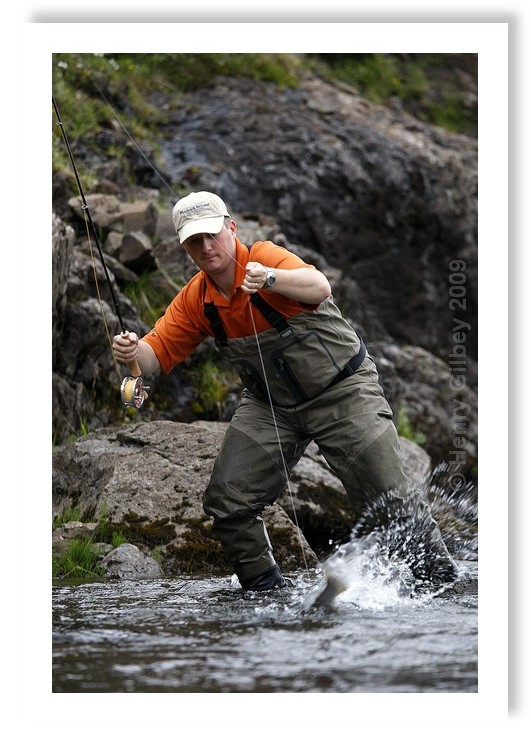