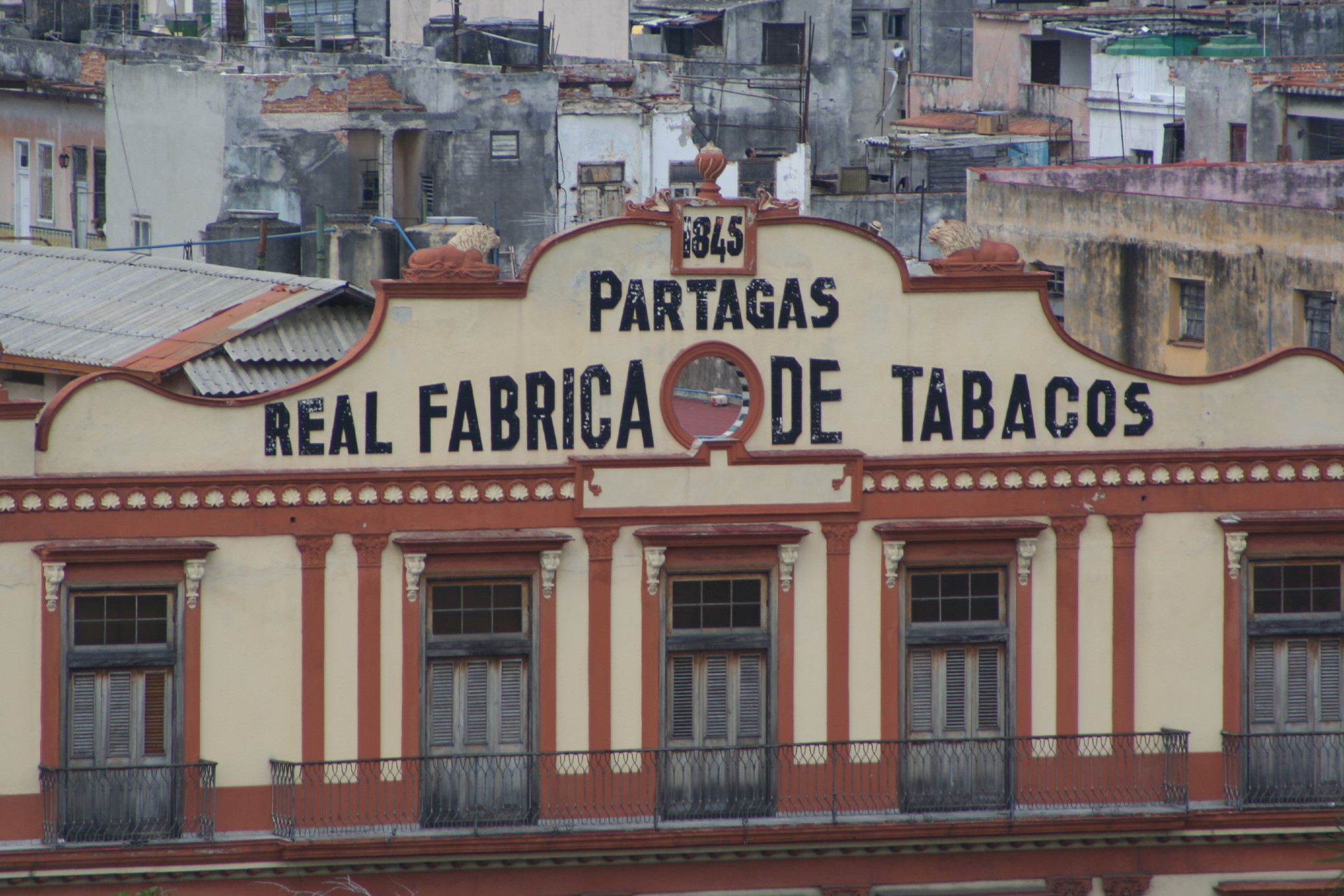 Peter Baxendale has just returned from his ninth trip to Cuba visiting Cayo Largo. His party had six boats and the nine assorted rods had collectively been to this popular destination 44 times before. I think that probably gives you an idea of how good the all round package is!

The majority of the team flew out on the Virgin Atlantic service which in our opinion beats both Air France and Iberia hands down. The only rod flying Iberia was not allowed aboard the first flight from Heathrow because the scruffy bit of paper that purports to be a Tourist Visa said “Gatwick” on it. Iberia would not even let him fly to Madrid and then try to get on the connecting flight to Havana – as if the Cubans are remotely interested which airport you left from in the UK. Anyhow he arrived safely albeit 24 hours late. Our collective experience of Air France and Iberia has not been good in the past- with cancelled flights, lost luggage and unhelpful staff. 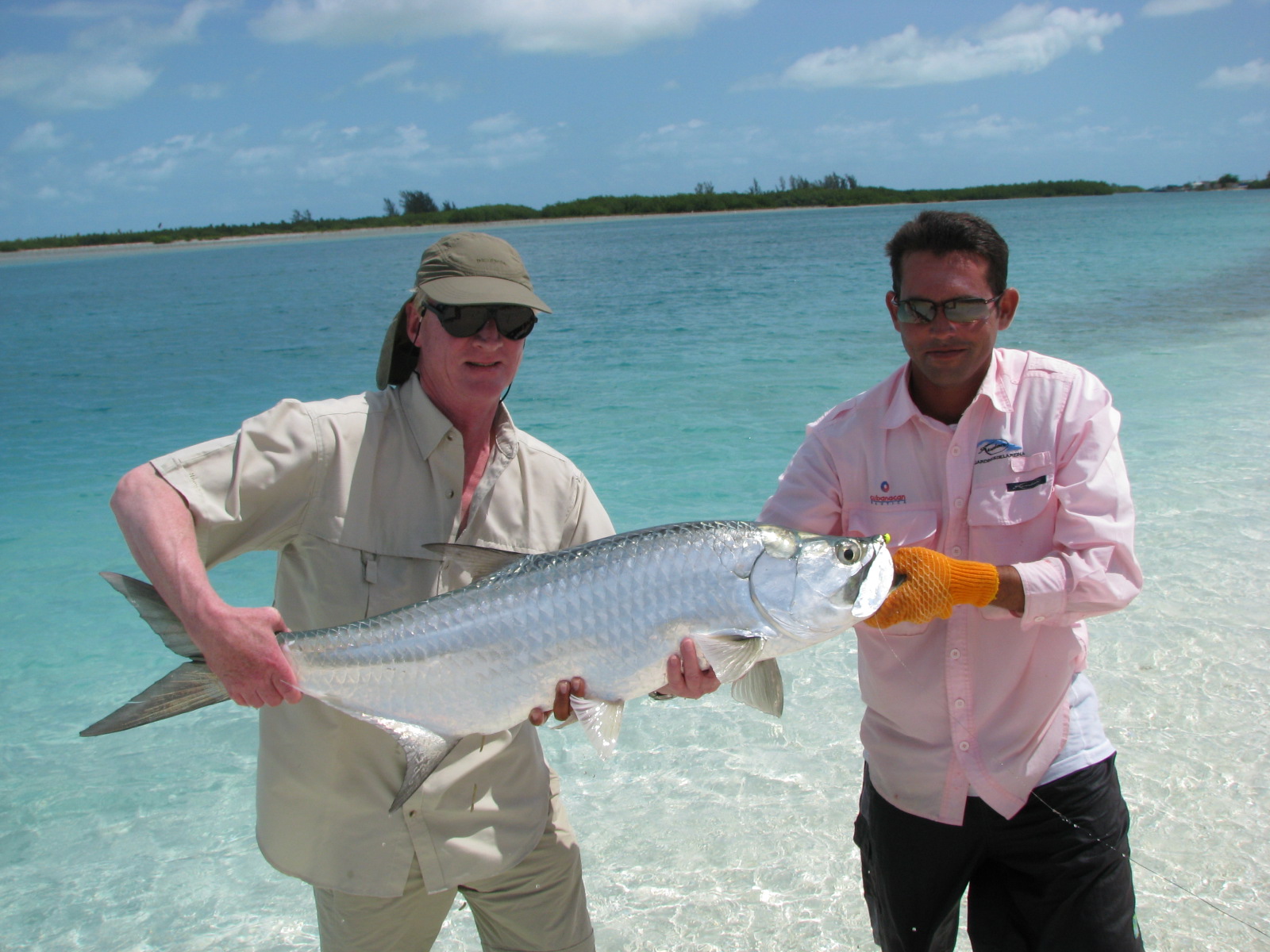 On arrival at Jose Marti in Havana we were collected by the lovely Marlene and whisked off to the Parque Central Hotel in the heart of the old town where we had two nights to acclimatize. The Parque Central is good, clean and is now pretty much like any other western hotel in the world. Personally I prefer the Saratoga as it is newer, smaller and the food is slightly better. However it was overbooked so the Parque Central did us proud. Havana was as vibrant as ever, full of charm and character and the locals were as resilient as always. Visits to the Partagas factory and the Floridita and various other Hemingway drinking haunts kept the team suitably amused. The fading Spanish colonial architecture (388 years of Spanish rule) never ceases to amaze one and it was good to see that the odd building was under re-construction. 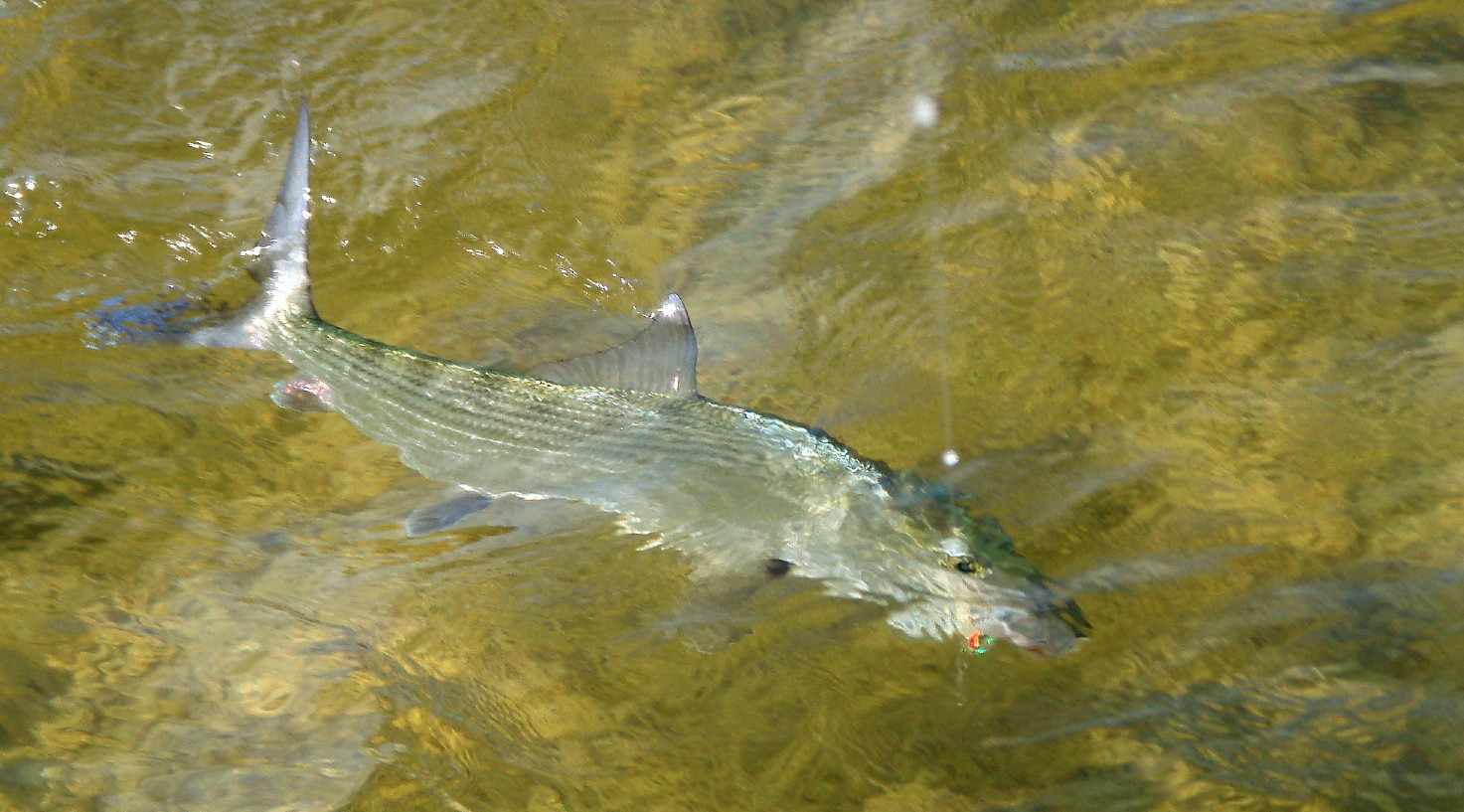 An early start saw us on Cayo Largo by 0845 on the Friday – the pick up and 35 minute flight going without hitch. By the time Mauro the Camp Manager had greeted us like long lost friends and the luggage appearing meant we were safely in Hotel Reception by 0915. The ever helpful Alexander was fortunately on the front desk and he let us have four out of the eight bedrooms immediately. The other four had to wait until early afternoon but this was no real hardship as a good lunch in the beach restaurant overlooking the azure sea and white sand nicely softened the blow. The afternoon was spent on the beach or by the pool and booking the different restaurants the Sol Club Hotel has to offer for the forthcoming week. It is sensible to try and eat in as many different facilities as one can over the week. 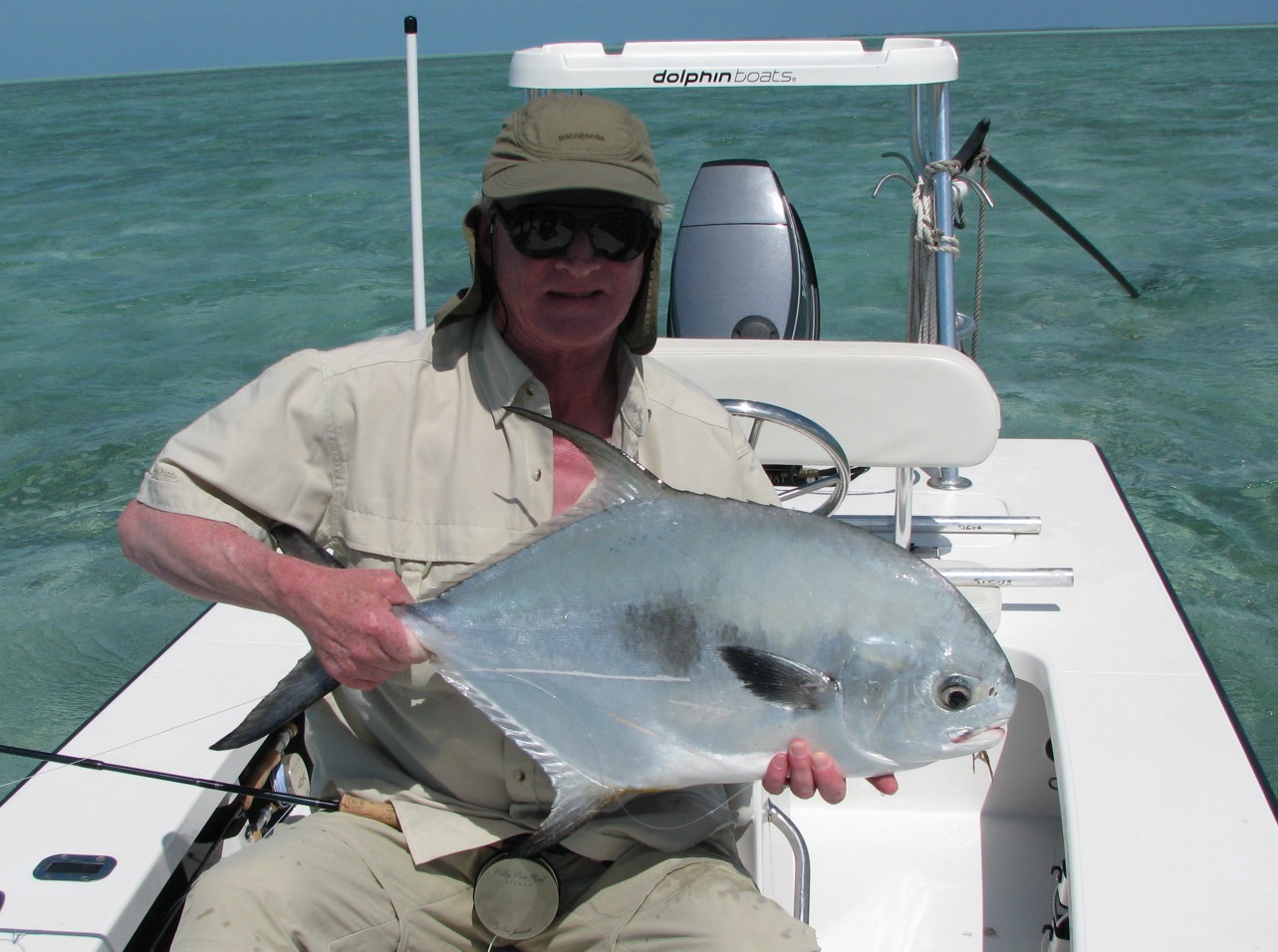 The fishing started in earnest on the Sunday morning although we had the usual extensive and helpful briefing from Mauro the previous day. The fishing is split into six different zones and three boats will go to a particular area each day. The first day saw us on areas 3 and 4 which meant it was possible for a couple of boats to visit the excellent restaurant for a lobster lunch and a couple of cervezas! We were back in action by 1415 so barely lost any fishing. The morning had been quite windy but the afternoon saw it drop thus making the different species easier to spot. The six boats gathered back at the Marina around 1730 and the rods tucked into a pasta number along with beer and soft drinks whilst discussing how everyone had faired and what flies were working the best etc. It transpired that the day had gone pretty well with one boat having caught 10 bones, jumped a tarpon, landed a barracuda and a couple of snapper. This was to be the pattern over the next five days with some rods doing better than others on one day and vice versa the following. 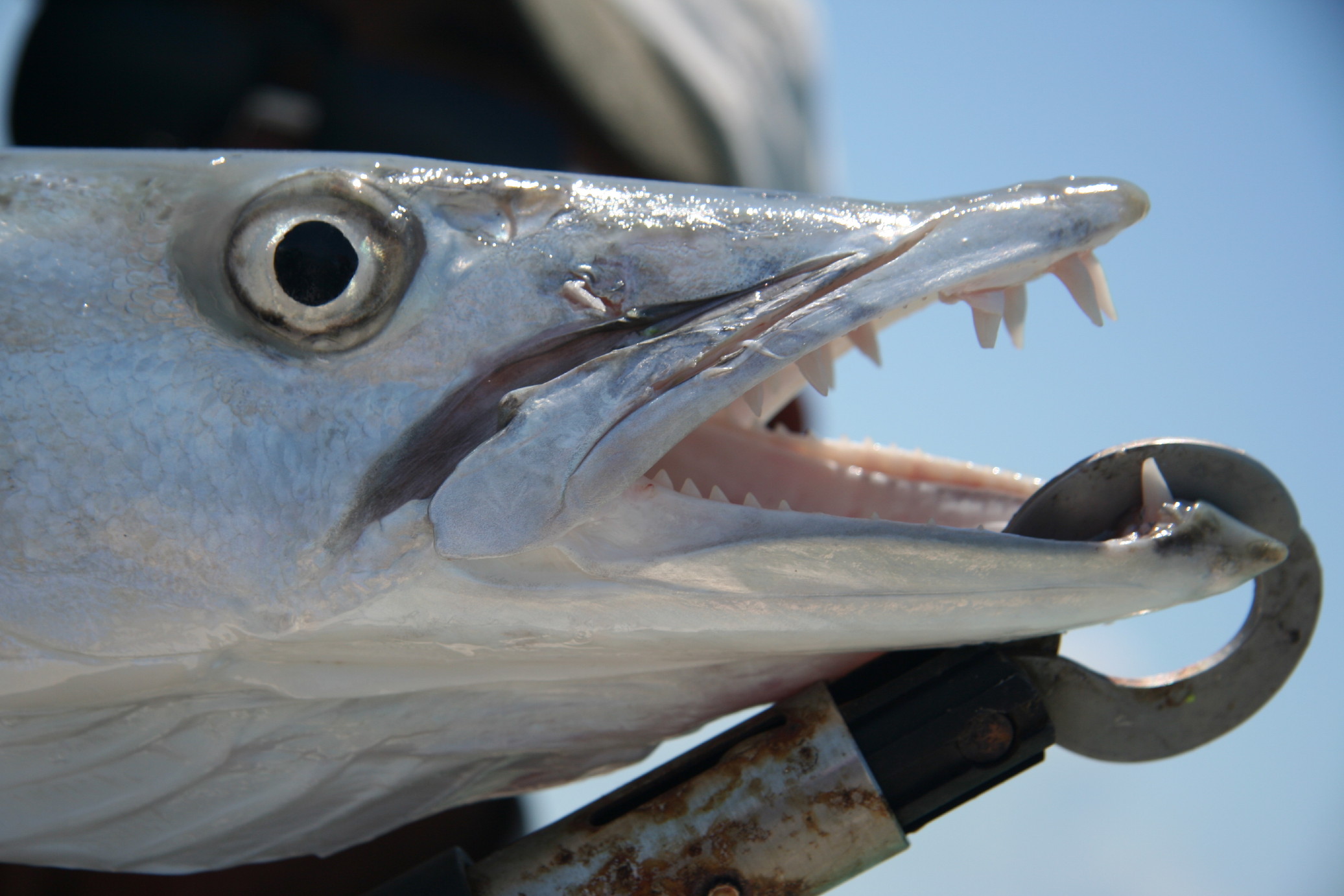 The beauty of Cayo Largo is the variety of species you can target. We ended up with two Super Grand Slams, one Grand Slam with the week totalling 2 snook, 4 permit, 10 tarpon, 177 bonefish, 24 barracuda, 9 jack crevalle, 21 snapper, 1 box fish, 1 shark and 676 Mohitos. The tarpon were a good size with one of 100 lbs, one of 80 lbs and another of 70 lbs. One of the permit was a bruising 20 lbs and took at least forty minutes to land. I have never seen so many permit on Cayo Largo before – we all had plenty of opportunities – casting at schools and at the heads of Stingrays but we were let down by our own ineptitude and the frustrating habits of this ultimate quarry! The bonefish were of a good size too with the average probably around the 3-4 lb mark with a fair few of up to 8 lbs or so. There is no point mucking about with 8lb leaders you need to be bold and go for at least 12 lbs and preferably 16 lbs. We all had problems with Seagur fluorocarbon snapping – even brand new reels of 12.4 lbs that had never seen the light of day. Interestingly the guides’ preferred leader material was Rio. A plethora of flies were utilized with all sorts of exotic sounding names – all I know is that I fared best with anything that had rubber legs! One of the Super Grand Slams was achieved by Robert J with the same Skittal Shrimp- although he did change leaders for the tarpon which was just as well as it turned out to be 40 lbs and not the 20 lber he thought it was! Robert was on his eighth visit and it is rare for him and guide William not to achieve a Slam of some description. On the whole the guides speak good English and were relatively patient with some of us visually challenged rods who cannot read a clock! They are great company, hard working and enjoy a good laugh. The important thing is to let them know on day one what you want to pursue and they will try and deliver during the week. The new management has made some tremendous up grades to the programme and the whole trip logistically went like clockwork. 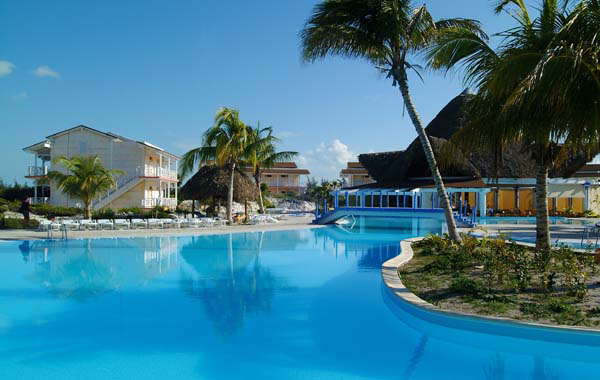 The Sol Club is genuinely comfortable although it is getting a little ragged around some of it’s’ edges. However the rooms are spacious with air conditioning, a fridge and all en suite facilities. There is an excellent laundry service too. The staff are most helpful and they are genuinely pleased to see one back year after year. My only small gripe is that the food is not to every one’s liking in the main restaurant and the local vino is seriously moderate. However one has to remember that one is there for the fishing and not the cuisine and fine wines. But to compensate one has to remember the Mohitos made my Mario and his colleagues in the bar are amongst the finest in all Cuba (and they are free!).

A number of the party have taken themselves off to Belize and other destinations for a change. We have found bigger tarpon and more permit but much smaller bonefish and to be quite honest these other destinations just do not have the variety that Cayo Largo has to offer as a land based operation. Short of heading off to the Seychelles we reckon Cayo Largo offers the best sensibly priced all round package. I sent a quick email to the group three days after our return suggesting dates for 2010 and letting them know about tides and moon etc and it appears we are now already oversubscribed on that particular week. With Obama supposedly opening up communications with the Cuban Government I don’t think the fishing will be flooded from the US for a while yet.

All things considered the party, ranging in age from 28 to 59, had a fabulous trip and cannot wait to go back for more of the same in 2010. Many thanks to Mauro and his team of guides.