Michael recently returned from a successful trip to Turneffe Flats Lodge in Belize. The weather was not ideal and the divers reported seeing large numbers of permit in deeper water, thought to be because of big variations in air pressure that week. A period of settled weather is probably what is needed for the best permit fishing along the mangroves. Regardless of the weather Michael managed to tempt two lovely permit, both around 15 lbs. The first permit he landed on the first day on the flats, a great way to start any fishing week. The second one came along on day four. There was only one other permit landed that week by an angler fishing with Dubs. Michael was fishing with Dion, the guide of the moment guiding Michael to two permit in the week and bringing four permit to the boat the previous week.

The large migratory tarpon were around at the beginning of the week. One of about 160 lbs was caught and two of around 100 lbs. Michael and Dion found rolling tarpon after the first permit but failed to connect with them. On the second occasion they found nothing. 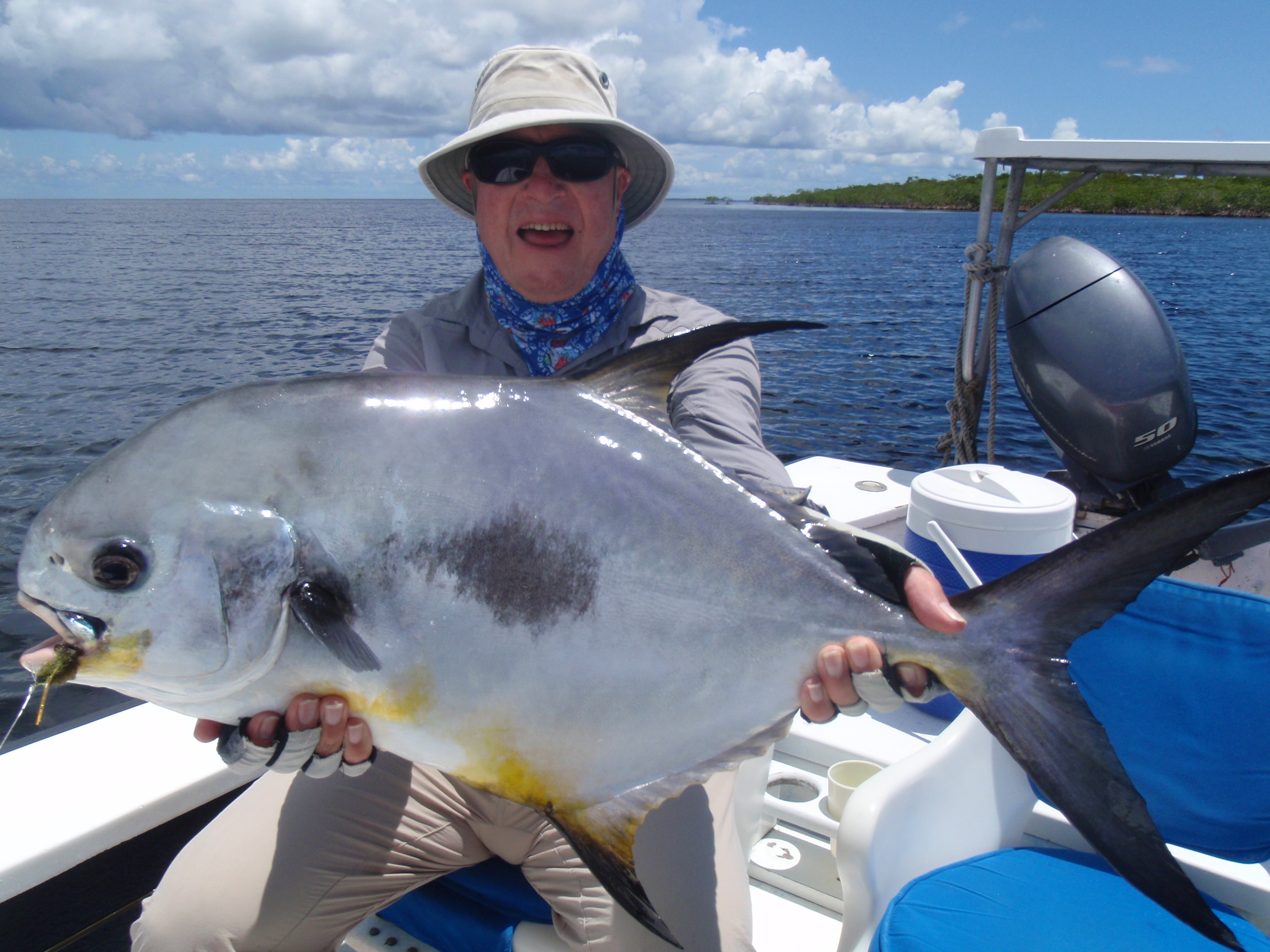 The bonefishing continues to improve with increasing numbers of larger fish about. Some of those on the flat by the Coastguard Station are said to be in double digits, though we have yet to see that claim confirmed. Certainly the larger fish are much harder to head off from reaching the mangrove or wrapping round a piece of coral so breakages are frequent. Only small lightly weighted flies with weed-guards will do.

For more information on Turneffe Flats Lodge and our other lodges in Belize please contact Aardvark McLeod or call our office on +44(0)1980 847389.