The Autumn time is very different on Los Roques than the rest of the season as at this time of year the archipelago can experience some much higher than normal tides. Although perhaps not the optimal time the fishing can still be exceptional as several of our groups in September and early October experienced. 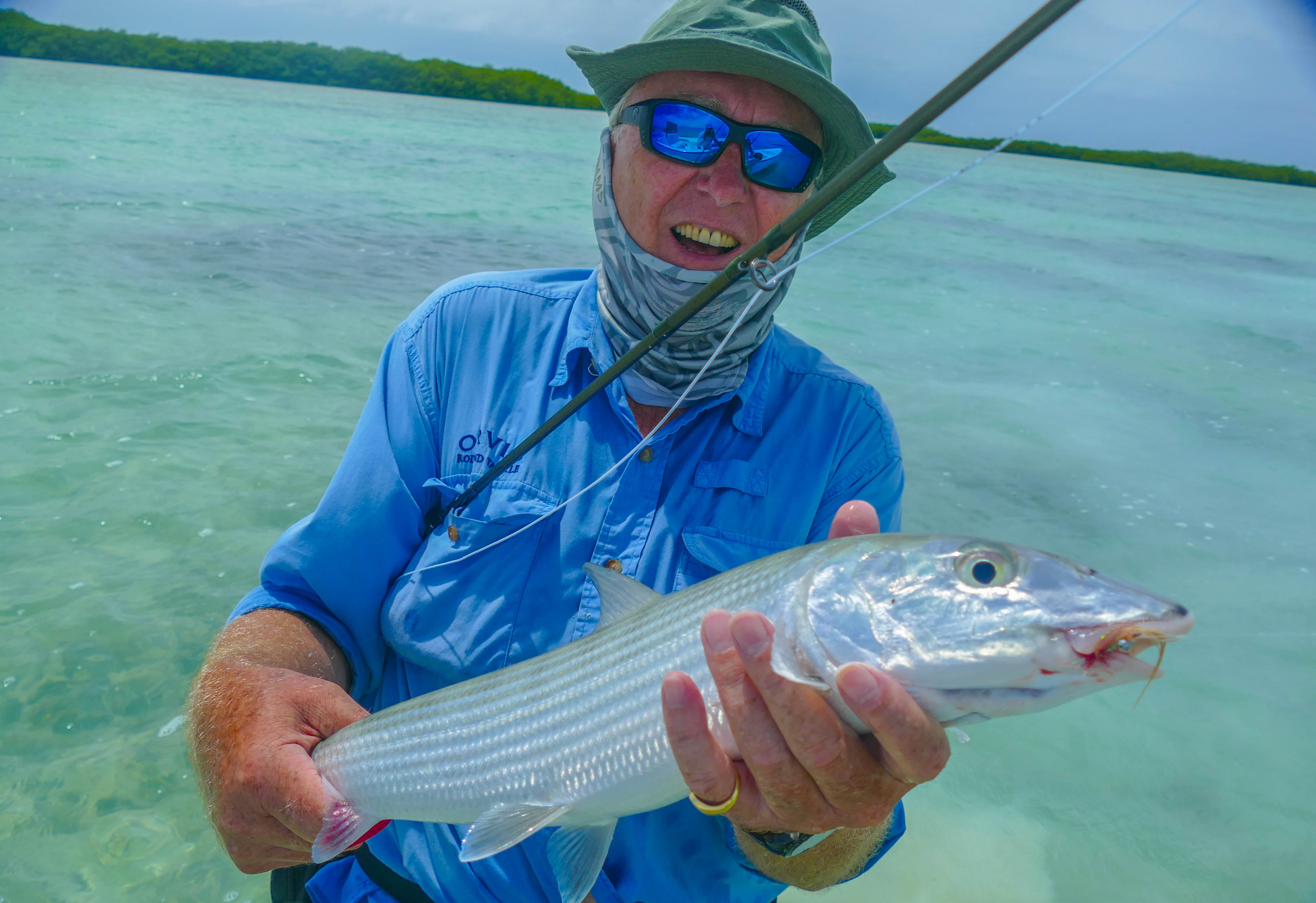 Although the larger tides can make fishing for bonefish on the pancakes more challenging than earlier in the year there are often some very large bones that frequent them at this time of year. The stable weather due to its southern locale is conducive to other species.

Tarpon can often be found in the bays of the cays and also on the flats themselves hoovering up bait along the edges as they compete with the pelicans. Permit too are found on the flats with these higher tides which is enough to make the most fanatical of anglers shake at the knees. The sight of a large black tail sticking out of waist deep water along the ocean flats has been known to give serious permit fever. The permit on Los Roques, although traditionally not numerous, are massive, normally over 20 lbs. The Autumn time can be a perfect time to target them in the deeper water when the flats are quiet.

Although not a tarpon venue as such, the tarpon fishing in Los Roques recently has been good with a number caught in the bay and some phenomenal battles recorded. Fishing for tarpon in these bays is not the same as elsewhere as these fish can be lazy.There is so much bait that the tarpon cruise lazily, mouth agape hoovering the minnows, so they are not inclined to chase traditional tarpon patterns. Instead it is necessary to imitate the minnows they are eating and be persistent, so we tend to use the same size flash minnow as we use for bones along the beaches, but tied on a 1/0 tarpon hook instead of a size 6 bonefish hook.

Last week one member of the team who had not had the pleasure of an encounter with tarpon was fishing in the bay. He cast the minnow off the side of the boat to place it before stripping some line off the reel, and as he came to retrieve the line in preparation for a cast a large tarpon came out of nowhere and hoovered up the fly. The hook hold was good and battle commenced. From the bay of Gran Roques they followed the fish right out into deeper water and as the fish finally was pumped up from the depths the strain became too much and the rod buckled and snapped in the butt section. 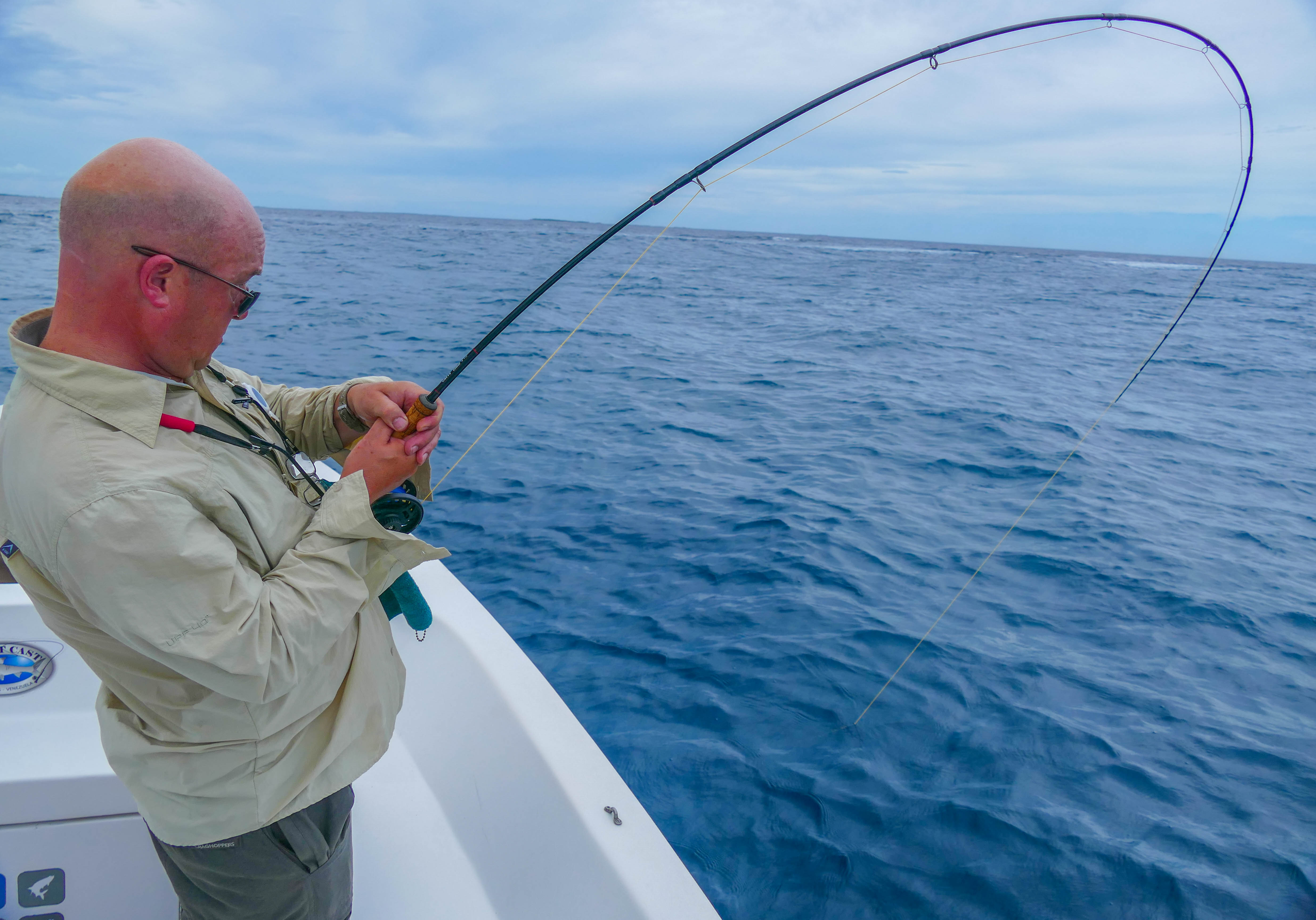 After some advice from his boat partner he continued to fight the fish with just the butt section and the reel before finally bringing the leader to the waiting grasp of the guide who managed to grab the lip and land the fish. The battle took an hour and 40 minutes and left the angler shattered.

Los Roques continues to be one of the top flats destinations in the world and with the US$ on it current footing offers excellent value for money. If you are thinking of a saltwater excursion next season then Los Roques should be high on the list of considerations.