Slovenia, September 2014 Part I: The Sava Valley by Alex Jardine

This September I headed to Slovenia to find out what fishing secrets were hidden in this small nation tucked away in the heart of Europe. A mere two hour hop by plane sees you touch down just outside the capital of Ljubljana and you are ready to go. 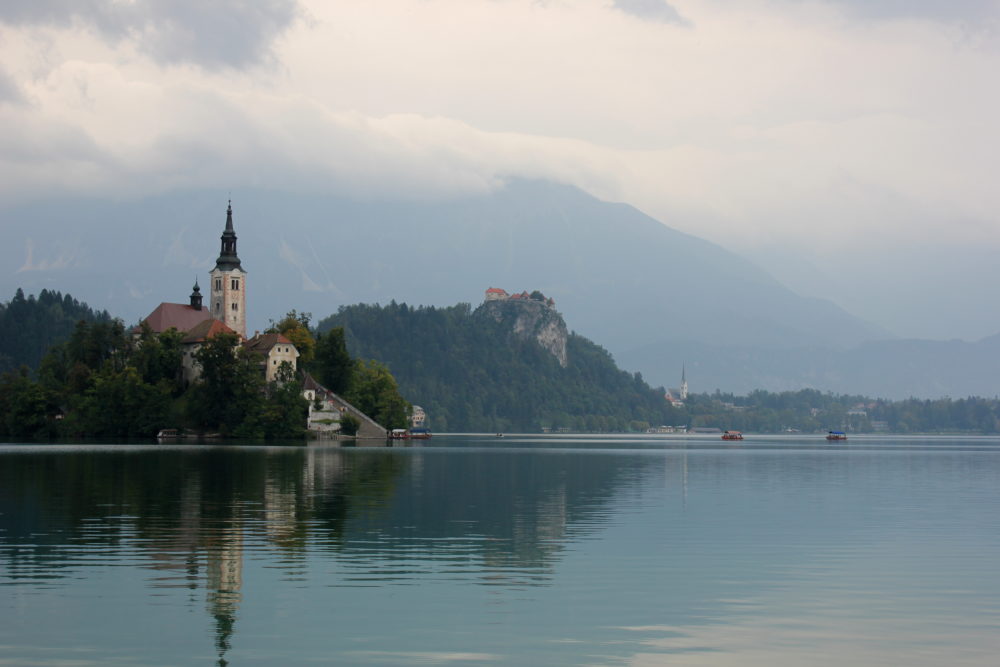 Throughout the 2014 summer Slovenia has had above average rainfall and I must admit I was a little apprehensive about the state of the rivers, but Rok, the head guide, waved it away with optimism that we would still find great fishing.

For the first part of the trip I was joined by ‘Team Toes’, Ian and Julian who were also on their first trip to Slovenia. Our excitement of what was to come kept building as we shuffled through Stansted and soared over Europe. We then interrogated our guide Rok with 101 questions for the whole of the 30 minute journey to Bled, our home for the next three days. 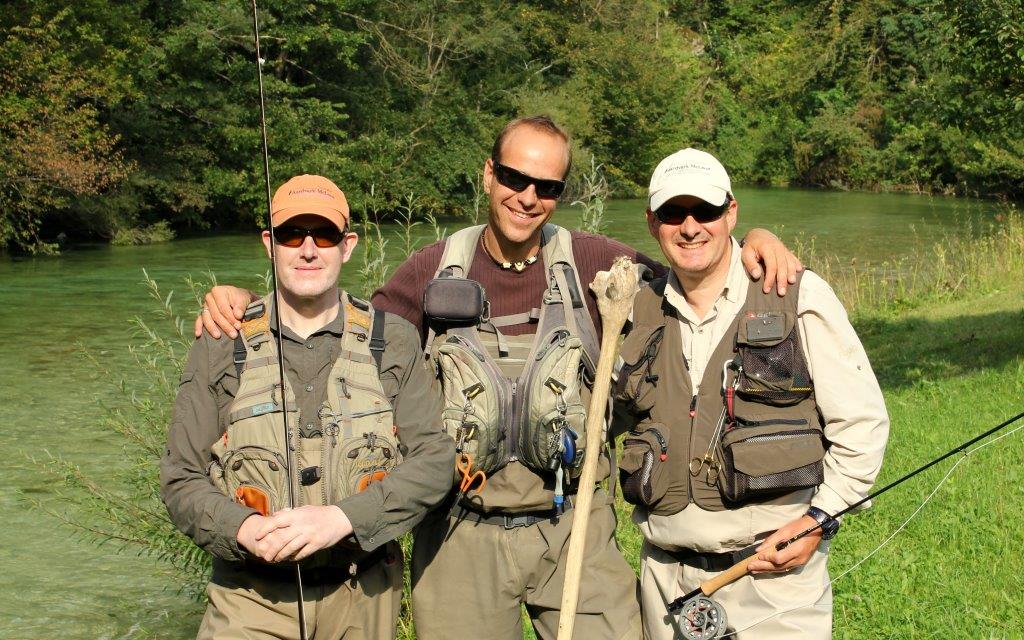 Lake Bled and the town is a beautiful location, set at the foot of the Julian Alps and in the shadow of Slovenia’s largest mountain, Mt Triglav. The area is filled with character and history whilst offering all the modern luxuries, there are numerous accommodation options in the area from 5* hotels to multiple room apartments.

As we did not arrive until late afternoon the fishing had to wait until tomorrow and we settled down to try the local food and drink. 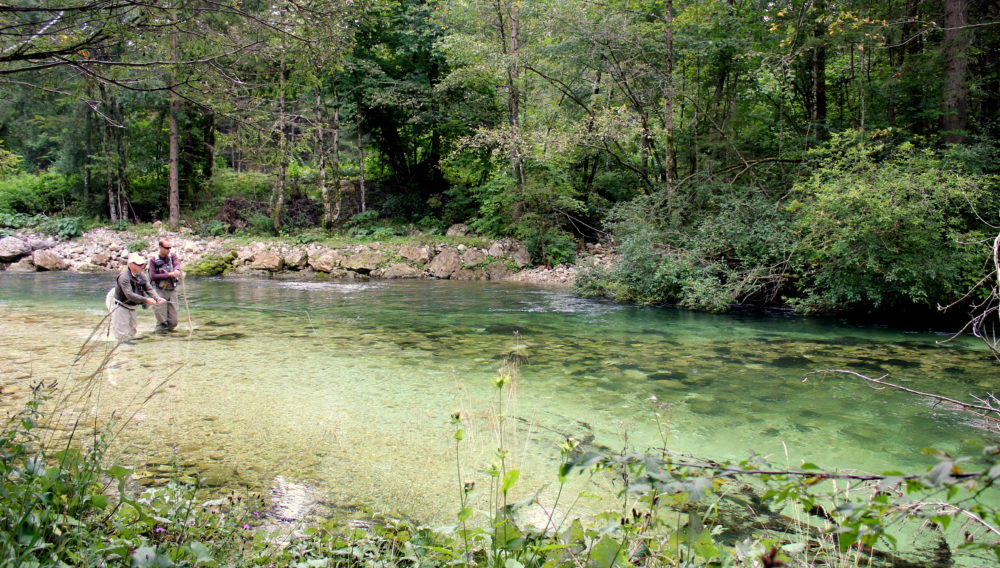 Rok showed up at 8am to show us our first glimpse of the fishing on offer in Slovenia, first stop; The Radovna River. The river is part of the upper Sava system and, as I was to find with all the rivers I saw, is a thing of dreams. We pulled up to a working mill house and peered over into water so pure it was hard to see where the bank finished and the water began. There were fish everywhere, not the biggest due to water running so cold all year round but they were wild and hungry. 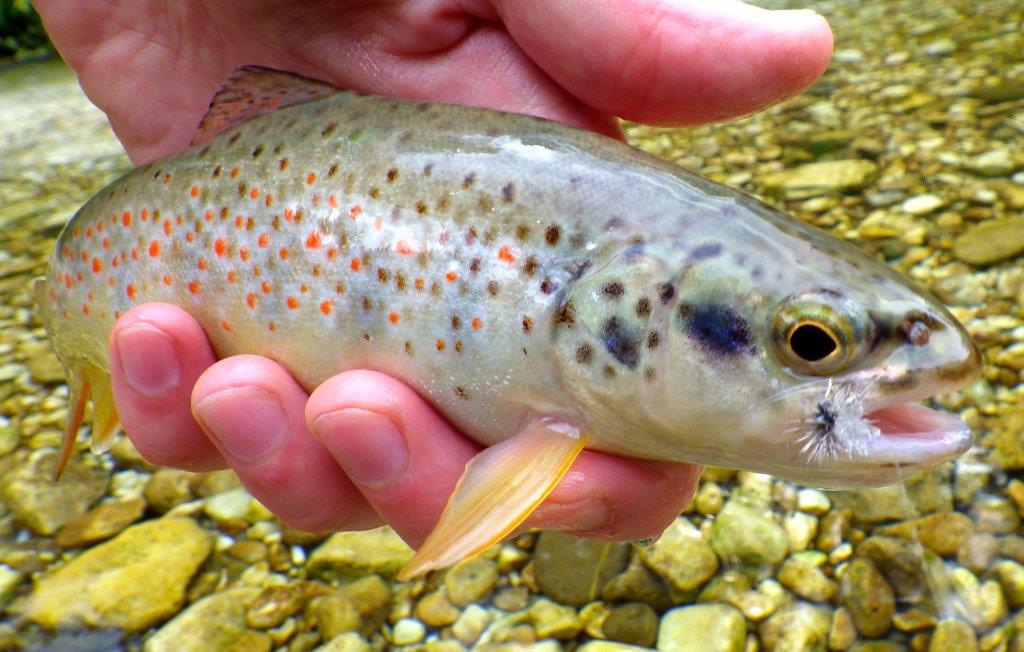 With haste, we pulled on waders, strung up rods and set-up with nymphing rigs. My ‘method-de-jour’ was to go European Nymphing, whilst Ian and Julian went with Rok’s recommendation of using an indicator to allow for a longer drift. Both methods prove extremely successful as feisty rainbows and browns were convinced by our offerings. Although not the largest fish they certainly fought above their weight and the colours & markings were spectacular. 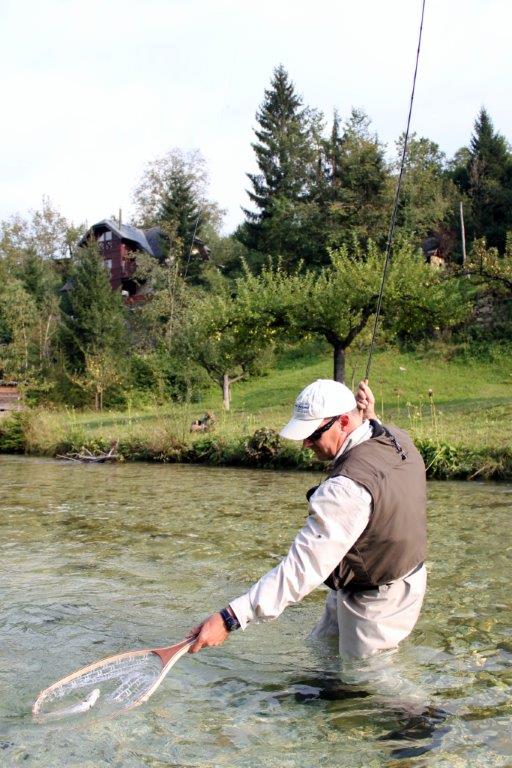 We stopped for a hearty lunch at a local Gostilna, the food was partnered with Turkish coffee, a Slovenian favourite. Unable to handle the standard brown sludge served in an expresso cup we went for the slightly more consumer friendly sludge with water and milk in a mug, warning; do not expect to sleep for a while!
As the day moved on, the warm sun began to filter through the alpine forest, the caffeine buzz resided and the fish began to rise to small upwing flies hatching off. A change to dries saw the first day perfectly rounded off with great evening sport as we watched fish ascend through the water to engulf our delicately presented imitations. 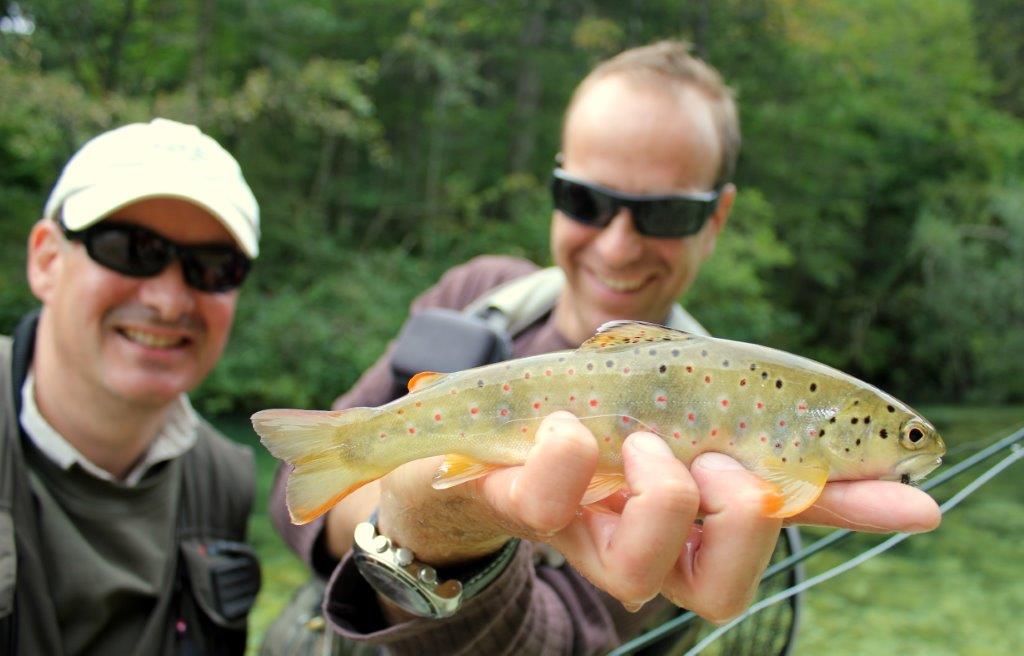 The next day we tried our hand on the larger Sava Bohinjka River, flowing from Lake Bohinj until its confluence with the Sava Dolinka River and the start of the Sava River. Again, the river was crystal clear and the almost emerald waters were cold, but the fish here were much larger with a majority of rainbows and a few grayling. All three of us set-up with an indicator and a heavy nymph below, although the odd fish was rising it was obvious that the larger fish were near the bottom. 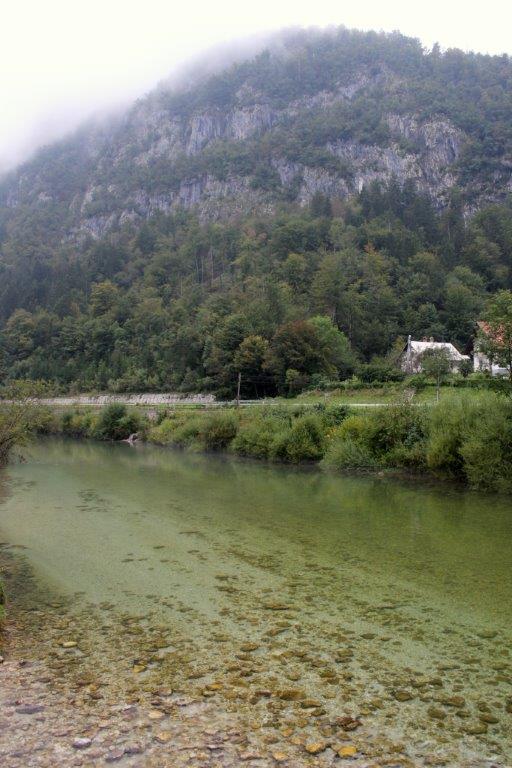 It was a much slower start to the day as a rainy mist hung over the valley, but as the sun began to burn through the fishing began to improve. After the smaller fish of the day before it was a great to hear screaming reels and experience aerial acrobatics as we all hooked into rainbows of 2 – 4 lbs. Julian even found himself attached to a steam train of a trout, estimated at 7 lbs, unfortunately the fight did not last long before the fish won! 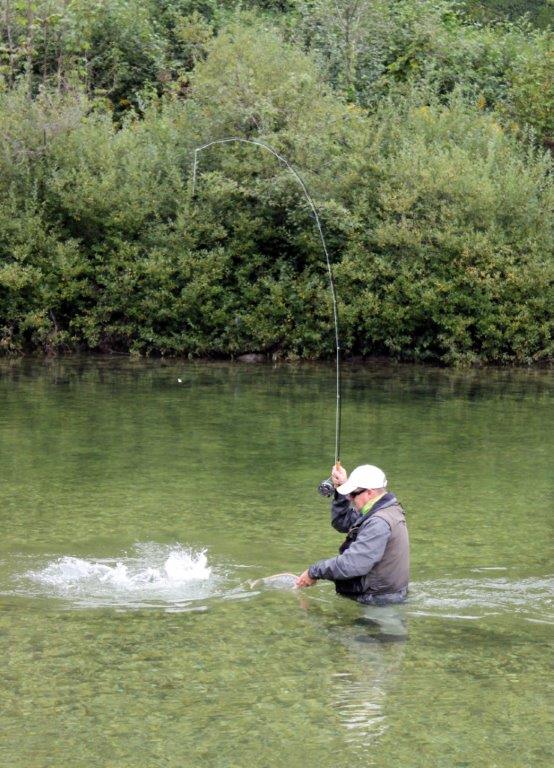 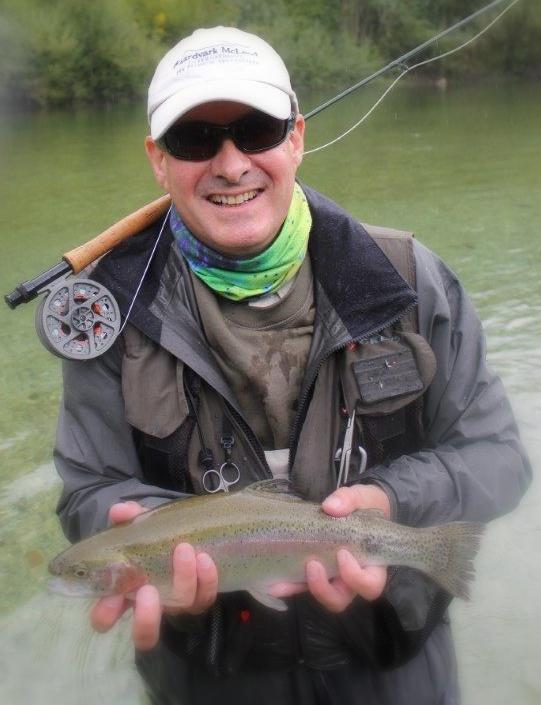 Through the day I was also able to locate several grayling, where, unlike our grayling in the UK most of these fish were sat as singles and usually mid-river. Even with the water being almost like glass these fish were like ghosts and you had to trust your instinct when you thought you had spotted one… sometimes it paid off and other times you just moved on quickly from the large stone you had been casting at! 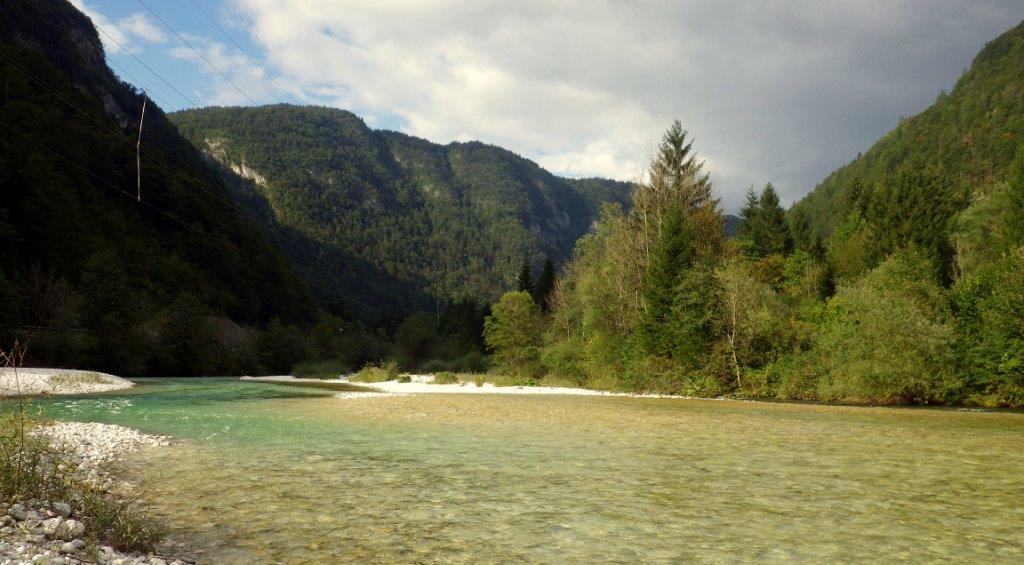 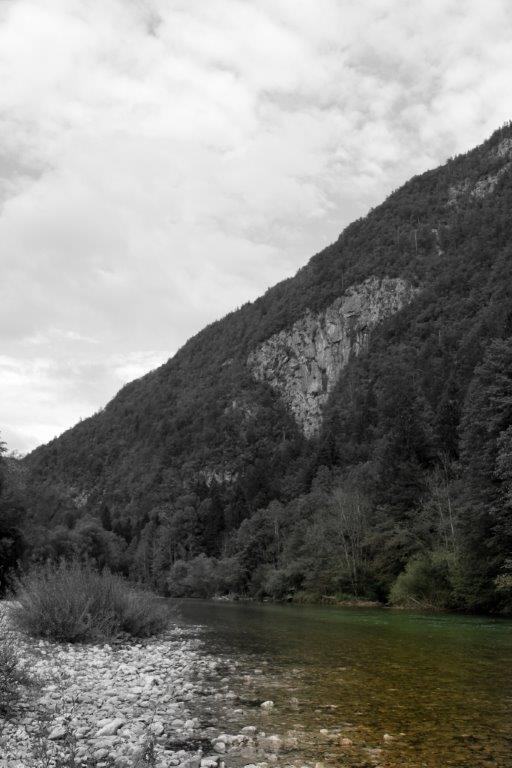 On the journey back to Bled, Rok stopped the car by a bridge and got us out to go and have a look in the pool below. With amazement we looked down as these monstrous fish sat hovering in the pool, these were Danube salmon (Hucho). The smallest ones were around 10 lbs and the largest were well above 30 lbs, I may have to return after 1st November to see what they are like on the fly! On our return to Bled we celebrated our catches with steins of Laško and a steak dinner, tomorrow was to be our final day on the river in the Sava system. 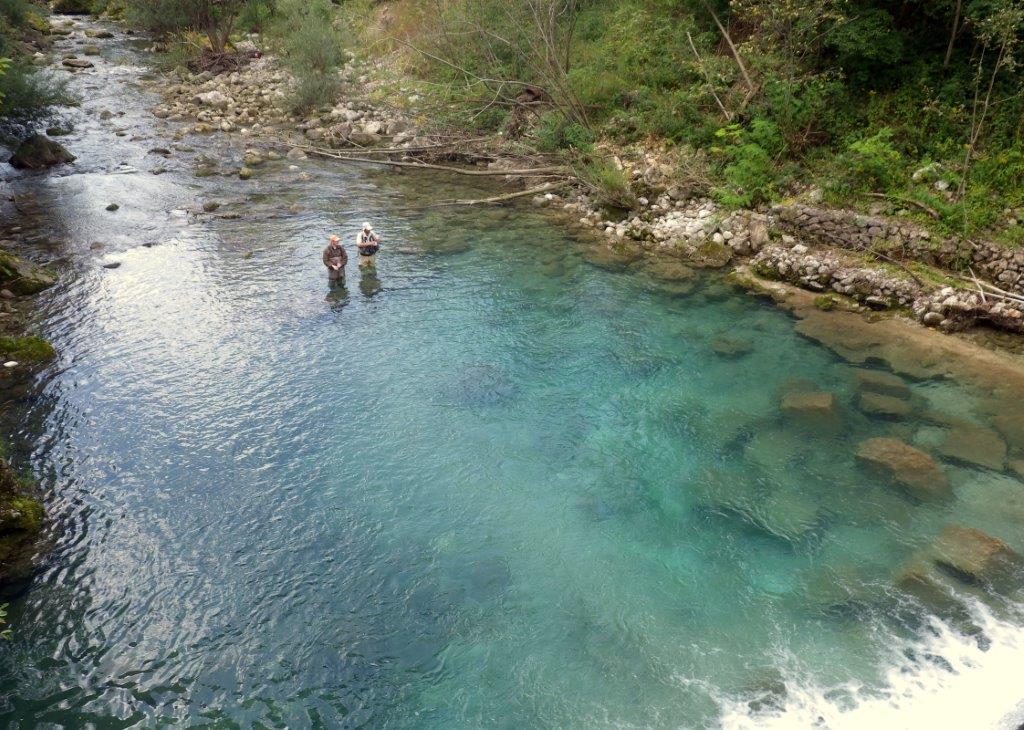 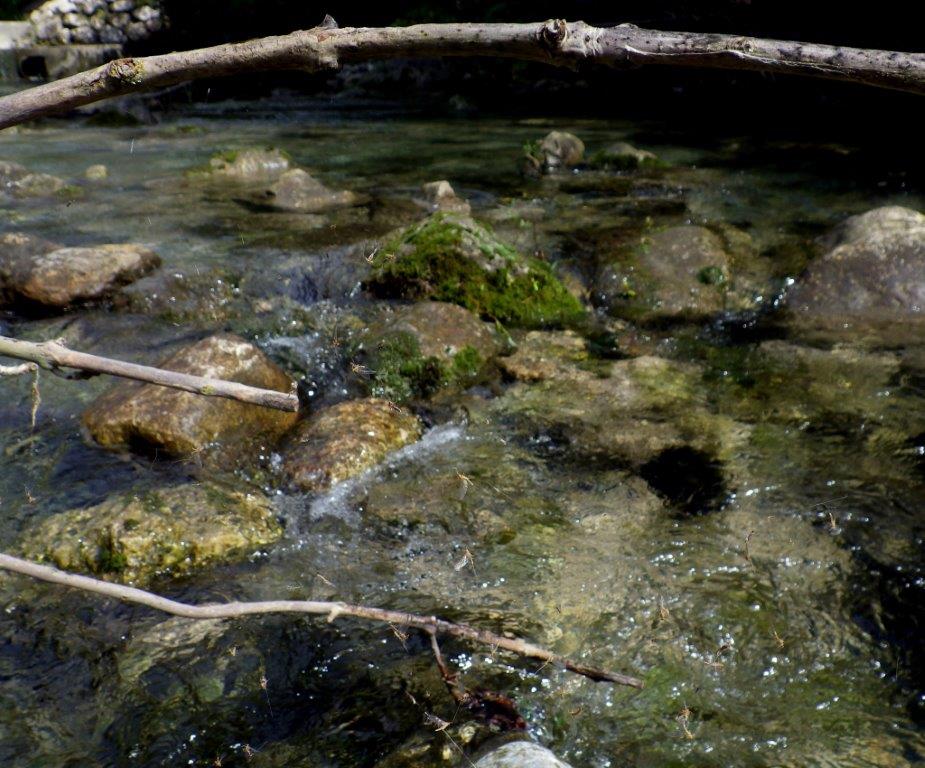 Our guide, Luka, rounded us up at 8am for our half day on the river. As soon as the last wading boot was balanced in the car we were on our way to the Sava Dolinka River. Our destination was just below Moste hydroelectric dam, although technically a tailwater this stretch of river resembled more a mountain stream with large boulders, pockets and pools. 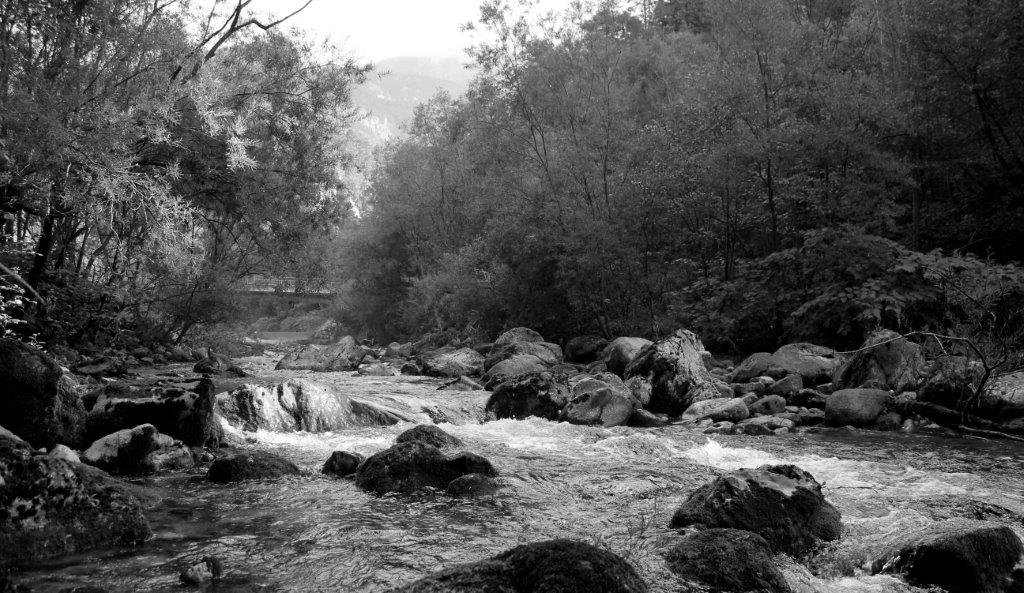 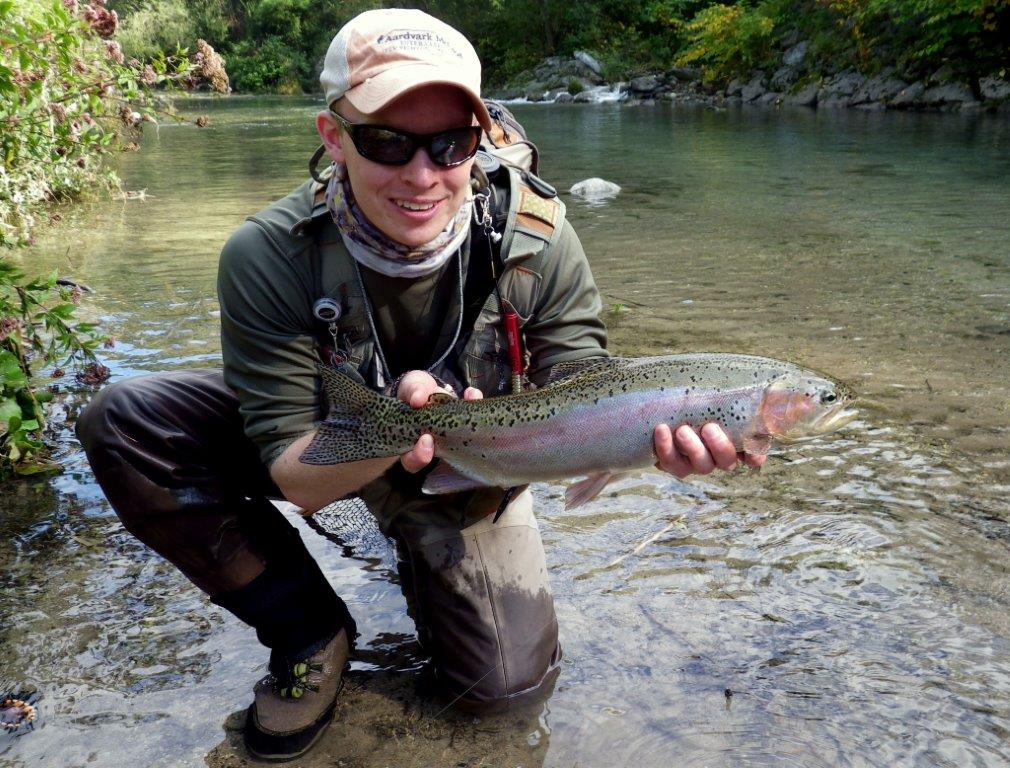 Ian and Julian led the way, catching plenty of rainbows between ½ – 1 lb in the two main pools on our stretch. I ventured a little further up to explore a sweeping bend, although the water was once again crystal clear, the gorge like nature created a lot of shadow over the water I was covering making it hard to see what was lurking in the pool. I drifted my fly mid-river several times before throwing a cast slightly more into the shadow. Within seconds the indicator shot under. I struck and immediately felt weight unlike the couple of smaller fish from earlier. Like a tarpon, the aerial display ensued. The fish really gave me the run around, with several ‘heart in mouth’ jumps before the relieving moment when the fish’s head slid over the net. A beautiful wild rainbow of 54 cm and approximately 4 lbs. A wonderful fish to mark the end of my tour of the Sava River system. 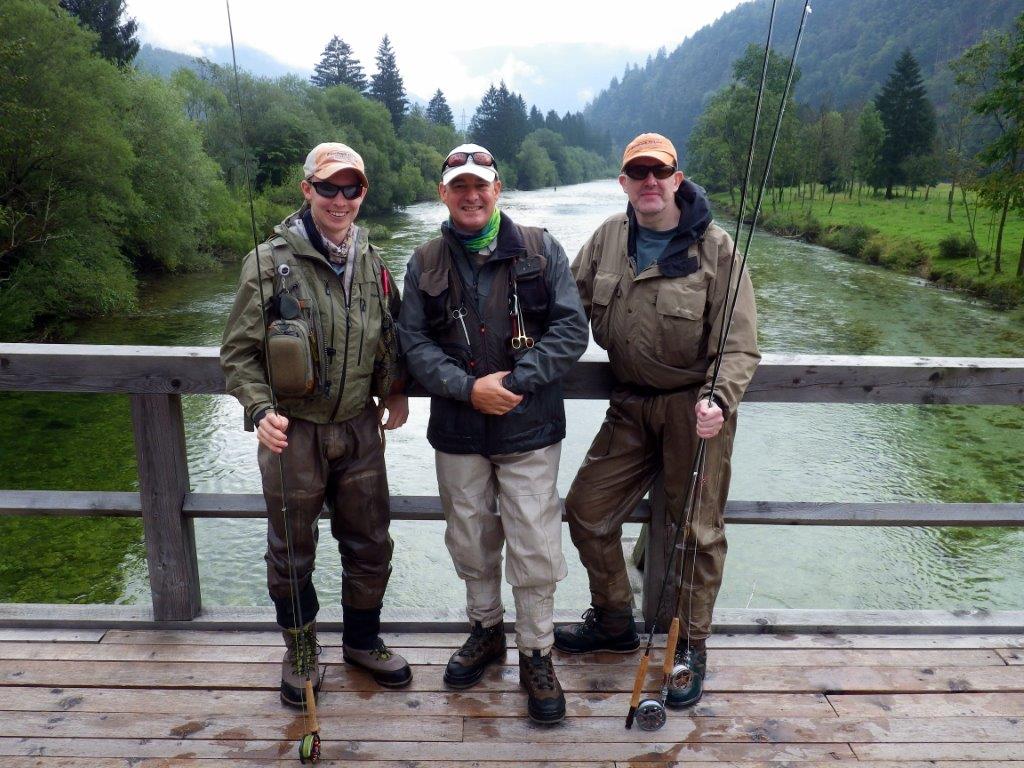 That afternoon I spent looking around the town of Bled. A beautiful settlement with a mix of original buildings that have stood there for over 1,000 years to more modern shops and bars. Although, it is now very much a tourist town there is still an air of authenticity. It is a great location for those who want to enjoy the outdoor activities and local history as well as being close to good restaurants and hotels in the evening. 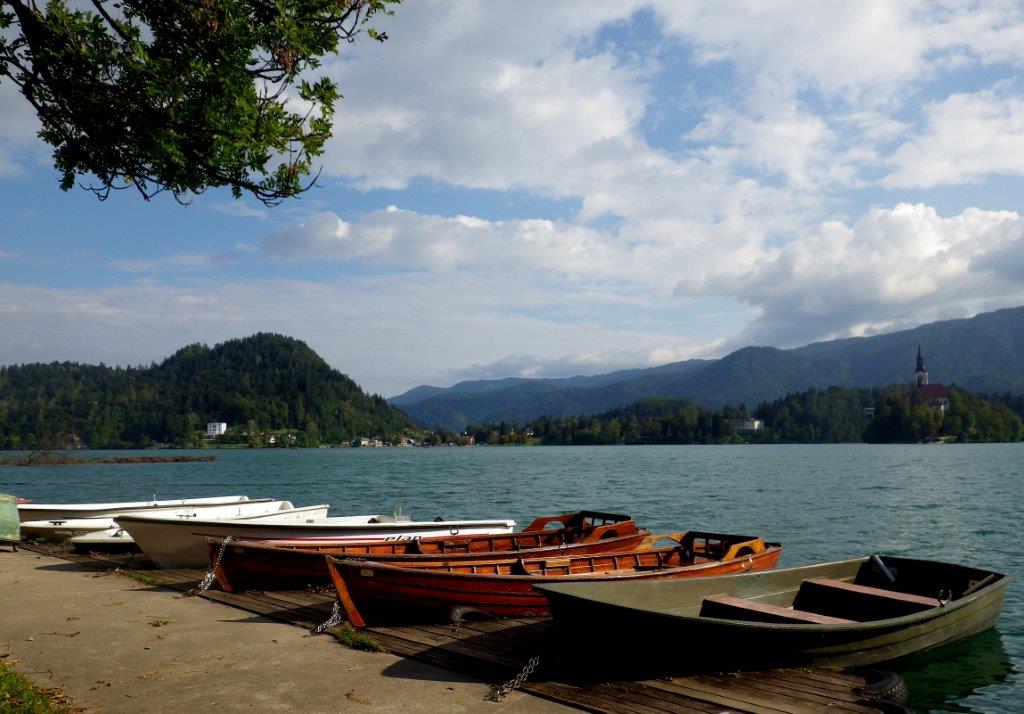 Slovenia, Part II: The Soča Valley will be up shortly. If you would like more information on the fishing in Slovenia please contact Alex Jardine by email or call our office on +44(0)1980 847389.