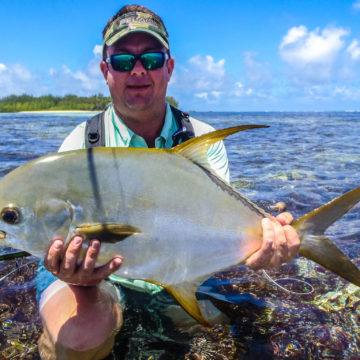 Would you like to fish Poivre, African Banks and Remire, the lesser known atolls of the Seychelles? You need search no more as the MV A’mani, lately on Desroches and now

Seychelles; in search of permit on Poivre

The elusive permit. They are there on Poivre and they are there in sufficient numbers to warrant having a helicopter based on Desroches for the permit specific week. Will any be landed? Eagerly awaiting

Although the boat trip from Desroches to Poivre is often enjoyable, some guests prefer to maximise their time on Desroches while taking in the 5 star treatment. There is now

Often overshadowed by its better known neighbours Alphonse and Farquhar, Desroches is one of those very rare gems … a beautiful island surrounded by seemingly endless sandy beaches and azure