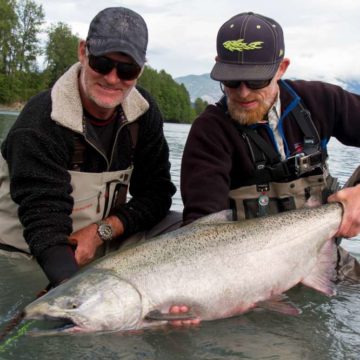 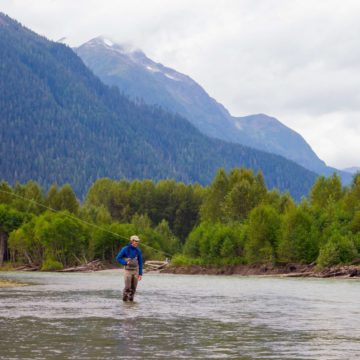 Steelhead Salmon fly fishing British Columbia Canada Fishing for steelhead, coho, chinook, chum, pink salmon and more, all from one lodge. Fish the mighty Skeena or the revered tributaries such

Big Everything, The Ekaluk River in The Northern Territories, Canada 2012 by Ronnie Butler

I’d had a silly busy year of fishing, used up nearly all my brownie points, and then the phone rang – “Thought this might be up your street, but it

Steelhead are a fish that get under your skin. There is no other migratory fish that fights like a fresh steelhead and can leave you so feeling utterly out of

Gordon Richmond has just returned from fishing in Northern British Columbia at Nicholas Dean Lodge. Normally recommended as one of the top lodges for steelhead many become so fixated with

Fly Nation have just completed their new film on the steelhead fishing at Nicholas Dean Lodge and have done a short film of the lodge and the operation that is excellent.

We have sent a number of clients to fish with our friends at Nicholas Dean for the incredible steelhead and Pacific salmon to be found in that region. Dustin and his